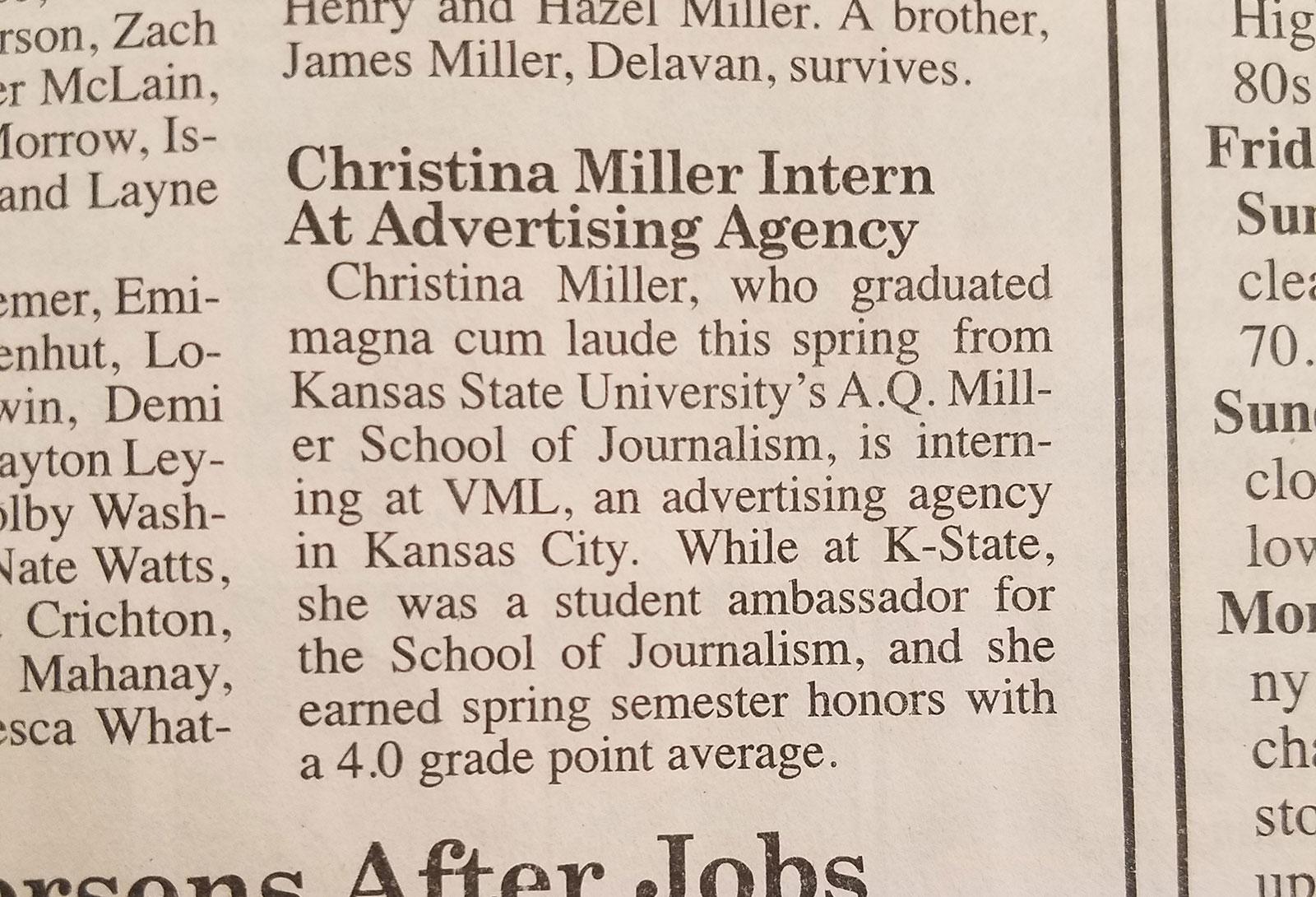 My Disastrous First Attempt at Working in Advertising

And how I survived it

Internships can be one of the single most effective ways to get your foot in the door at an ad agency after college. But internships are super competitive, with thousands of applicants and only a handful of positions. So it's important to avoid making mistakes in the application process.

You can probably guess where this story is going.

During my junior year at Kansas State University, I decided I wanted to intern at VML. My crotchety old professor had said "YOU NEED AN INTERNSHIP TO SUCCEED IN ADVERTISING" about a million times, and I heard it loud and clear. I'd always admired VML, so I thought, why not give it a go?

My first mistake was having a résumé that sucked.

Seriously. It sucked. I think my only "relevant experience" was being the chair of the Morale Committee at my sorority (the position was created just for me ... so there's that). But somehow, miraculously, I got an informal interview with the VML recruiter.

That's when it all went south.

I showed up 30 minutes late, with my janky résumé in tow. I'm still mortified I did that, and honestly don't think I've ever told anyone at VML this story. The recruiter was unimpressed. She was in back-to-back meetings, and I'd wasted a valuable chunk of her time. She gave me a hard lesson on the importance of not only showing up, but showing up on time.

I applied for several other internships that spring and got a big fat stack of no's. (Where was the Morale Committee when I needed it most?!)

So, like any college kid, I believed my career was over before it had even begun: My lot in life would be moving home to the ranch after graduation and tending to my cattle.

Just kidding. I was bummed and embarrassed, but decided to get my act together for the next year. I focused on relevant work experience at the university, stepped up my involvement and activities, and kept the Morale Committee on the rails.

The next summer, I gave VML another go. I went to a career fair and connected face-to-face with the recruiter, which helped put a face to my résumé (it was a different recruiter than the debacle of 2011, thank goodness!). After a few rounds, they had me in for an in-person interview. I arrived about 30 minutes early for that one. And sure, I might have made my mom drive me the two hours to VML and then had her duck down and hide in the car outside the office while I interviewed ... but that's another story.

I'd like to say it was smooth sailing from there, but that'd be too easy.

I applied for an account management internship because I had no idea how an agency really worked or what the possibilities were. I now realize I would've made the worst account manager. (Being late to my first interview should have been a clue, huh?) I interviewed with the client engagement director and got a call back to say they had a question. Turns out they thought I'd be a better fit for an unadvertised internship position—marketing intern—and probably not the best fit for account management.

I was more nervous than ever because this was a make-or-break situation. Only one marketing intern position was available that summer. I went back to VML (Mom drove) and interviewed with the marketing team. And it was like I had found my people. I couldn't believe how things had aligned to lead me straight to these folks and this work.

About a week later, I found out I was one of 13 interns selected—specifically, the summer marketing intern. I showed up (on time) and continued to show up into the fall, and now I've been showing up for six years, leading a team of my own that is killing it on Wendy's social media account because—like me—we are continuously learning and evolving.

What I've learned from my shaky internship start is that mistakes can make you better if you allow yourself to learn from them. Never give up, especially early in your career. Show up, and continue to show up, with your best foot forward every time and you'll be amazed at what you can do.

Guess that's the Morale Chair in me. 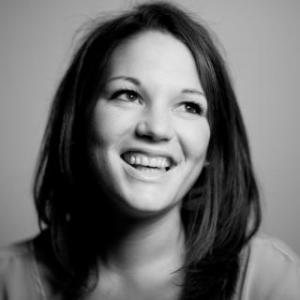