How Failures, and a Fan-Focused Vision, Led to Our Agency's Success

Learning through missteps that allow the vision to evolve

The first version of gnet "failed." We wrote a business plan, raised capital, built a team and pursued a plan. That plan failed.

But like a marathon runner who trips and falls, it's crucial to keep looking beyond the immediate step you're currently on and remain focused on what you're actually seeking to accomplish. In business terms, you might call that a "vision."

In 2001, the focus of gnet's initial business plan was to launch a cable TV channel about video games ("g-net" was our placeholder name in the plan for "game network"). As gamers ourselves, the vision that my two partners and I shared was that the games sector had an endless supply of incredible stories to tell, whether it be in the form of original series based on games characters, news and information, behind-the-scenes content, or competition (no one was calling it "esports" at the time).

We believed that a games-focused TV channel would, on one hand, be what gamers like us were craving to watch, and on the other hand could serve as the central marketing platform for the industry. Of course, this all sounds obvious now, but in 2001, this vision wasn't as easy to embrace. After three years of intense effort and coming very close, we realized we would ultimately not be able to get our channel launched.

Despite the "failure," we still believed in the underlying concepts that led to the founding of gnet: Mainly, that fans would respond more to content and entertainment than through traditional advertising. This is a belief and vision that can lead one to launch a TV channel, but it also contemplates much more than that one specific execution. So, regardless of the failed TV channel, and still guided by that underlying vision, we were able to successfully pivot into our second manifestation: a production company that created mainstream content related to games. And we did so for years, producing all kinds of game-related programming for TV, the web and VOD.

Going through that first transition helped us understand the power of pursuing the underlying vision. We began to view success or failure in broader terms than whether one specific interest, execution or manifestation worked or not.

We also learned an important lesson in failure when we tried to launch a DVD publishing venture, one that would evolve video game strategy guides from a book product that gamers bought to help them finish games, and into interactive DVDs (called iGuides) that would include strategy, but also tons of bonus content about the game and the people who made it. That venture also "failed," as distribution problems made it hard for consumers to find the DVDs at retail. But we would eventually take that underlying concept—that a blend of informative and entertaining content would be of great value to fans of games—and evolved it into an approach to content-driven marketing campaigns that game publishers would hire us to help coordinate, produce and distribute.

Over time, this approach ultimately helped us build an incredible agency, driven by the creativity and passion of talented teams, and innovating within a dynamic sector. Once again, pursuing the underlying vision ultimately led us to "success," despite some missteps along the way.

Through experiences like these, it's become more apparent that identifying that underlying vision—and being able to articulate it to all involved—is the most crucial thing. So, as we've continued to grow and evolve as a company, we keep returning to that vision and probing it and challenging it to make sure we see it and understand it correctly.

Consequently, our vision has continued to evolve, growing bigger in its scope. At a certain point, we came to realize that what we're doing, what we're innovating on, and what we're getting better at is much broader than content-driven marketing for video games.

So, through our experience in games, we've come to understand the huge difference between a consumer and a "fan." And we've also realized that our vision—beyond marketing games through content—has really been about helping to transform consumers into fans, curating that journey, and connecting fans into broader communities. It's about the power of informed, passionate and engaged communities. This understanding can be applied not just to games, but to other "passion-driven" sectors as well, including TV, movies and sports. And that's exactly what we're doing now with our recent work on series, feature films and more.

Our underlying vision became, on one hand, further clarified, while still growing broader. Guided by that, we began to view our processes and growth as an agency differently. It has changed and opened up the kinds of things we are "allowed" to do as an agency and has opened up the kind of clients we are "supposed" to work with. And it has forever changed our view of success or failure as an agency. 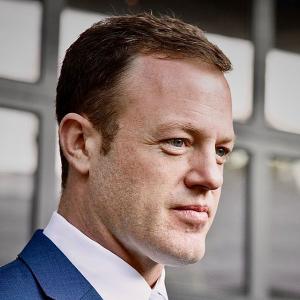