I work for the best agency in my city, but I still can't tell you exactly how I got here. Blame it on brain fog, boys, minor head traumas, boys. But since we're here, I'll try.

I was deep into my millionth attempt to go back to school—beginning to recognize that graphic design was not my forte. One hot August night at a bar, I was ranting about what I really wanted to do.

"Why isn't there a job where someone else can make the ideas I have in my head? I have super good ideas in my head. You would totally love them. Too bad life sucks and that's not a real job."

Let's back up. I went to design school really, really late because I wanted to make the cool things I saw and heard in advertising. I also wanted to work for this one specific creative agency in my hometown, which employed magical people who made cool things I liked.

I had always worked in the arts, but on the periphery. I was too insecure to pursue a career as an actor, artist or musician, so I worked in arts administration. I organized festivals instead of performing at them, dated musicians instead of playing music, and wrote every day, which didn't count.

I also went to design school, which I epically sucked at. I wrote feverishly in my journal every day to mostly avoid doing the work. When certain design instructors noticed how much better I was at writing than design, they gently tried to steer me toward a lame-sounding technical vocation called "copywriting." I felt instinctively that this was a huge insult. I didn't bother to gain any understanding of what copywriting actually was. All I knew was it had something to do with either the law against copying things or the fine print on a box of prostate medication that says "anal leakage may occur."

Back to that August night, and I'm ranting at the bar about those jerks from design school who were trying to teach me Illustrator in earnest, when a guy a couple of stools down leans over and says, "That 'dream' job you're describing? That's what copywriting is." He said it rather loudly, almost as if he was getting tired of listening to me.

The dude at the bar was kind and probably drunk, and we became fast friends, and that night led to over a year of nights in which we'd meet for whiskey and Miller Lites to talk about words and ads. As It turned out, he was a copywriter and creative director for that agency I'd always wanted to work for. (Full disclosure: Our city is not very large, so it's not a crazy coincidence that we frequented the same establishment.)

I wrote a lot that year. When I finally got the nerve to show him some writing, he emailed back telling me his agency was looking for an intern. I was instantly horrified. There was no way I could do it. I had zero experience in the field, and I was probably the only design-school graduate in history who had yet to learn how to package my Illustrator files.

He almost had to physically push me through the doors for the interview, and I believe he told the boss something like, "She's either gonna be effing amazing or a complete train wreck. Whatever, it's just an internship."

And that's the wholesome and heartening story of how I became the world's oldest and most insecure copywriter intern. They offered me a position a couple months later—maybe because I couldn't pay my rent on an intern salary and they took pity on me, but that doesn't matter now.

So what's the takeaway? I have no idea. I'm clearly not a quick study.

Maybe the moral is pay attention to the things you're consistently doing when you're supposed to be doing something else. Maybe there's something to trying and failing and failing and speaking your dreams out loud. Often. And loudly. Because you never know who's listening. 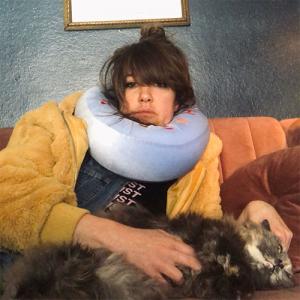