A Creative Idea Is Only as Good as Its Timing

As we learned with a lawncare brand

One of the most important lessons I've learned as a creative director is that the timing of an idea is nearly as important as the idea itself.

A few years ago, we began work on a lawncare service brand. We did in-home consumer interviews as part of our normal research process. We've found being in homes, especially when the service we're creating communications for is connected to the home, is far more insightful than being in a focus-group room. Part of the interview was having them walk their lawn and talk to us about it. We were surprised by how many people apologized for the shape their lawn was in. We were also surprised that they didn't care about being the best lawn. They just didn't want to be the worst lawn on the block. They didn't want to be that house.

On the flip side, we learned from the lawncare brand that a big reason yards didn't look healthy was because consumers didn't typically water frequently enough. Unfortunately, dissatisfied customers mistakenly attributed the poor performance to the lawncare brand and would drop the service.

So, when the team came up with an idea to create a product that could measure nutrients, moisture light and temperature of the soil, we thought we'd hit the jackpot. We researched how it would work via WiFi to an app. Keep in mind, this was long before WiFi-enabled apps were common.

Our creative technologists made a working prototype for the meeting. We thought for sure the client would love it and put it into production immediately. The day of the initial creative presentation, we packed it in a black box. They were intrigued by the box, when they saw it during our setup, but we said we couldn't show it until the end.

The campaign presentation went fine, and then it was time to show the prototype. We pitched it as being able to eradicate one of the main reasons people terminated their service.

The presentation did not go as we'd hoped. Even though the idea was sound and rooted in strategy, it wasn't part of the list of things they needed to get done. And it required getting other business units involved, which meant other budgets as well. It was too much too soon for them in our relationship. We hadn't anticipated the politics and the hassle to bring the idea to life.

Long story short, it didn't get made.

If we knew then what we know now, we would've waited until we'd established trust with them. We could have brought them in at the idea stage to help create the need, and have them introduce us to the other departments that would need to be involved for the device to get made.

While it's always a good idea to be proactive in client presentations, if the groundwork hasn't been laid for the idea, it will become another good idea that never got made. 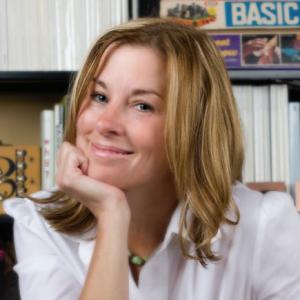