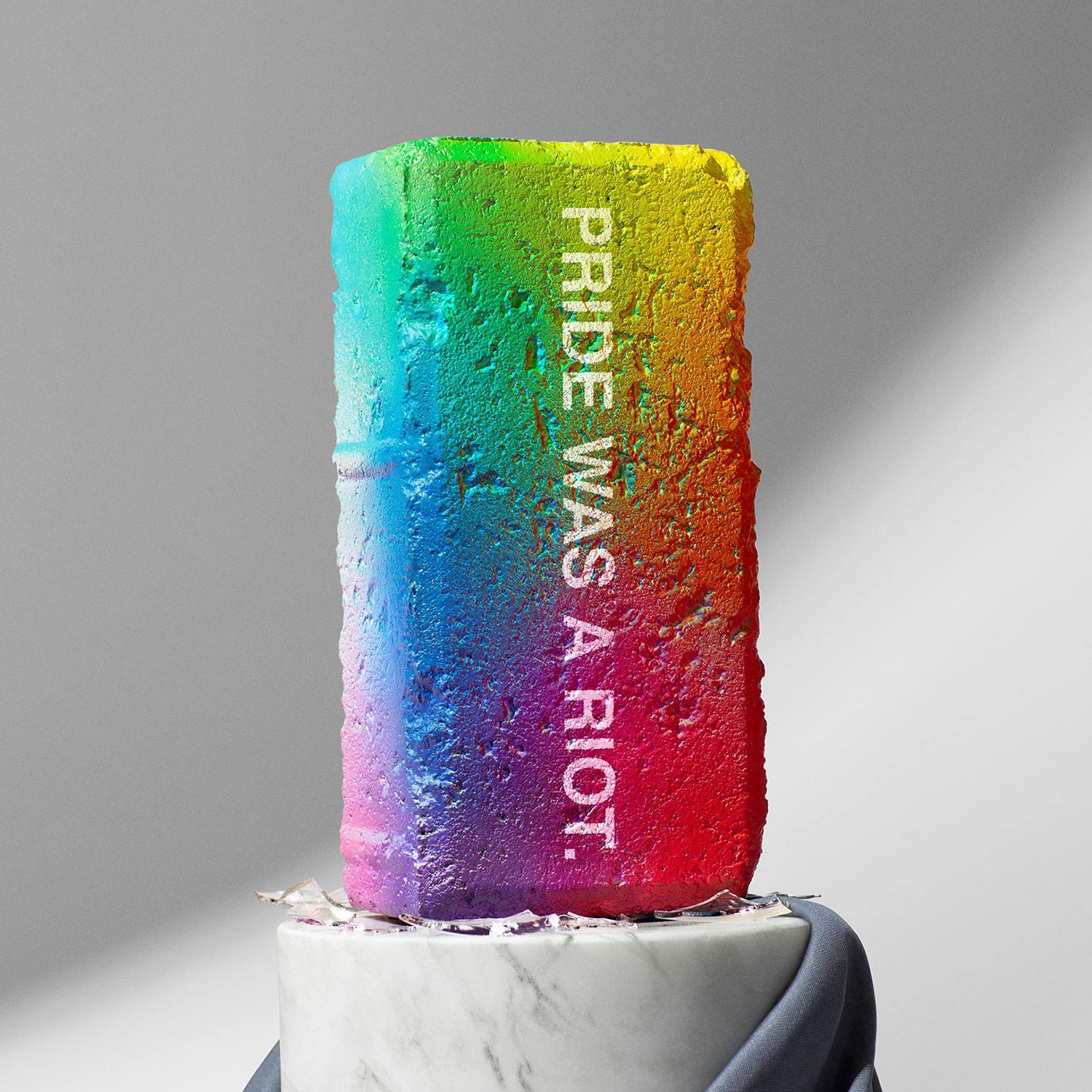 "No Pride for some of us without liberation for all of us."

Those words of pioneering gay rights activist and black trans woman Marsha P. Johnson ring true in any form. But emblazoned on a 4.5-pound, rainbow-colored brick, with "Pride Is a Riot" painted on the other side, that message packs some extra punch.

You can bid on such a brick through July 3, with all proceeds supporting the Ali Forney Center for Homeless LGBTQ Youth. 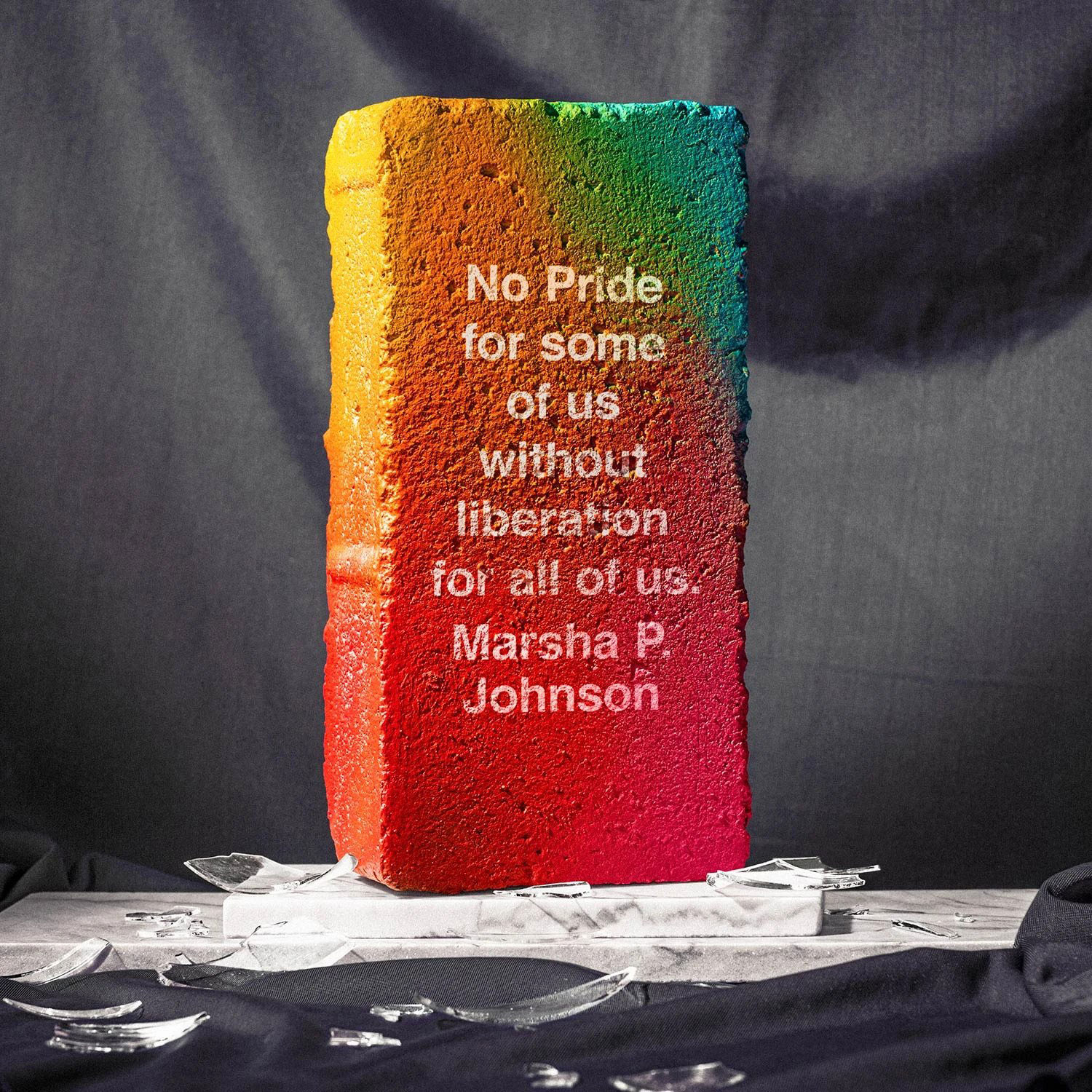 Wieden + Kennedy New York creatives Michael Hagos and Brad Phifer developed the fundraiser as a passion project with support from the agency. The promotional video below explains: "Before Pride became a brand, Pride was a riot. An uprising against police brutality, systematic harassment, and laws designed to oppress queer people—led by Black and Brown trans women like Marsha P. Johnson and Sylvia Rivera."

Of course, that's a reference to the 1969 Stonewall riots in New York City, which launched gay liberation into the mainstream.

"Legend goes, it all started when someone threw a brick. (Some say it was a shot glass)," the text continues. "51 years later, we are still fighting police brutality, systemic harassment and laws that oppress queer, Black, Brown, poor people."

The spot concludes: "People who profit off queer culture need to fight for the people who make it."

We're also told not to throw the brick. Instead, we should use it to "rebuild" and "create new structures ... new roads."

"As Pride has become an increasingly branded, rainbow-washed event, we wanted to remind people how it all started: as a protest against the exact sort of thing we're seeing protested today," Hagos tells Muse.

The project arrives near the end of Pride Month, which has been somewhat muted this year due to the cancellation of live events owing to coronavirus. Overall, it's a pointed, fitting tribute with just a touch of (riotous) camp. "The Queer Brick" reminds us of the role oft-overlooked folks play in the revolution and serves notice that the fight continues on the LGBTQ+ and Black Lives Matter fronts.

In case you were wondering, a 4.5-pound brick costs about 60 cents at Lowe's. After the first hour, bidding for this very special brick topped $400.