Anomaly, Prettybird launch 'You! Me! Us! We!'

London's Pride Parade, originally slated for June 27, has been postponed owing to pandemic safety concerns, but the celebration's indomitable spirit can't be silenced.

Today, event organizer Pride in London launched "You! Me! Us! We!"—a spirited multimedia campaign developed with creative agency Anomaly and Prettybird director Jessica Kohl. Sub-themed "Postponed but still united," the work features a two-minute film below, with diverse folks reflecting on what it means to be queer in the age of coronavirus.

Brimming with energy and notes of defiance, the initiative seeks to foster solidarity and support within the broader LGBTQ+ community. Pride in London believes such messaging is especially important as the nation struggles to recover from months of self-isolation, and in the absence of a marquee public event.

"There's definitely still prejudice in LGBTQ+ communities—places which one might expect to be more inclusive than mainstream society," says Kohl. "We felt it was an important responsibility to highlight a true cross-section of the groups—from sexual orientation and gender identity, to age, race and ability. We wanted to hear about the unique experiences the communities have been going through during this time—how the pandemic has divided the communities, and what tools people have been using to feel united."

The film's subjects shot the footage, with Kohl guiding production over Zoom.

Out-of-home elements use typography from posters displayed in Stonewall, the New York club where riots served as a flashpoint for queer liberation a half-century ago: 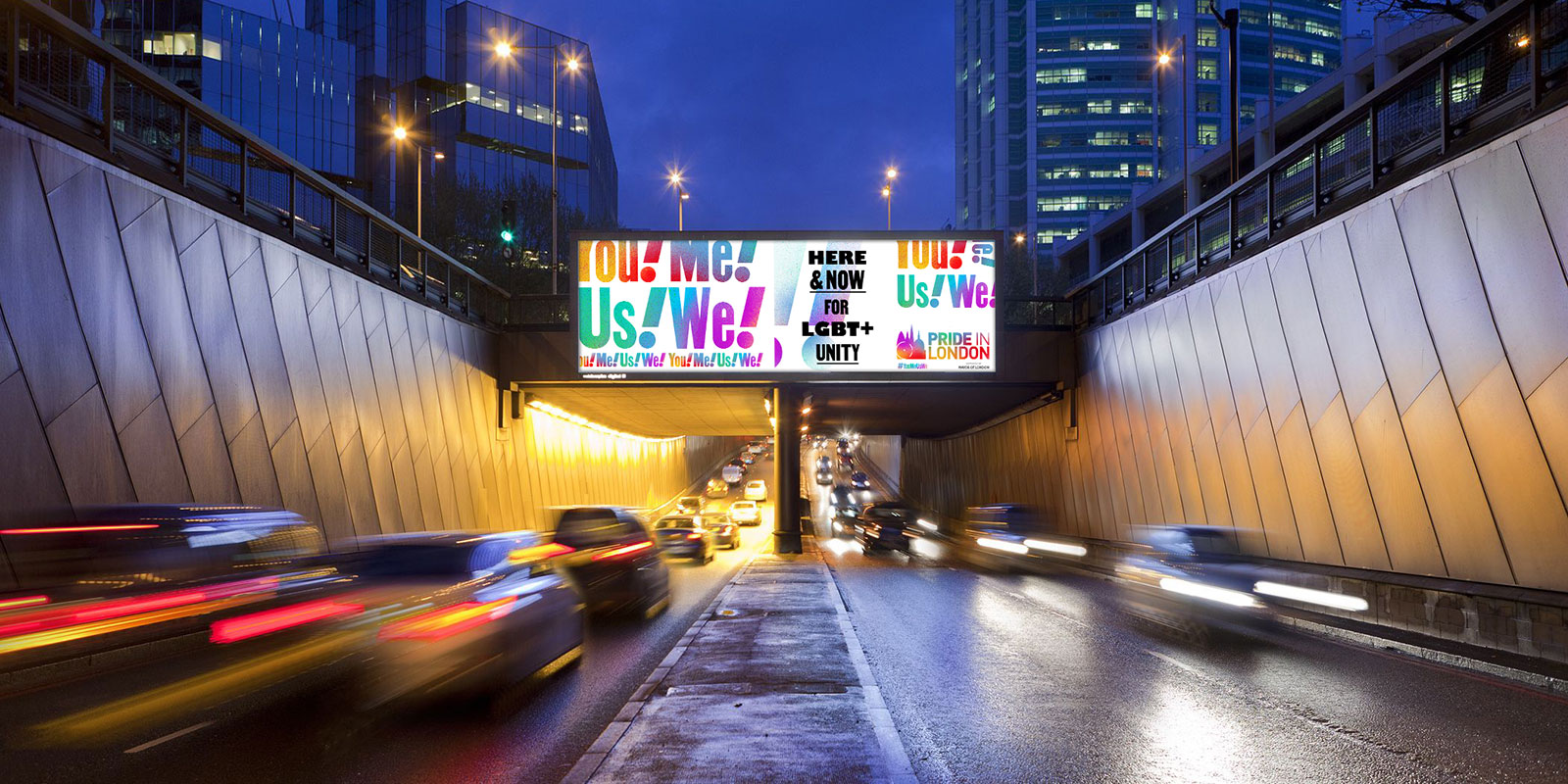 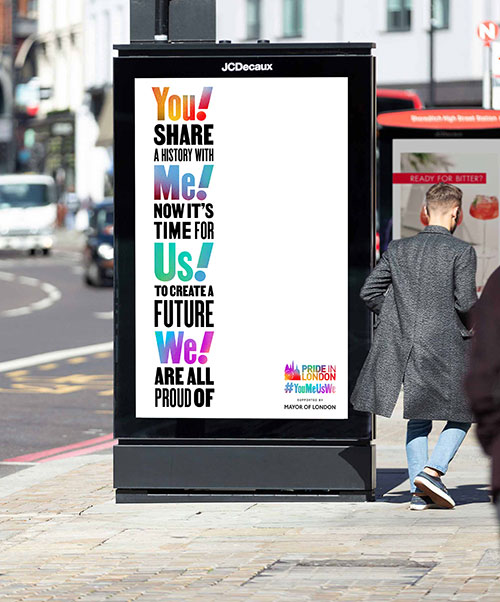 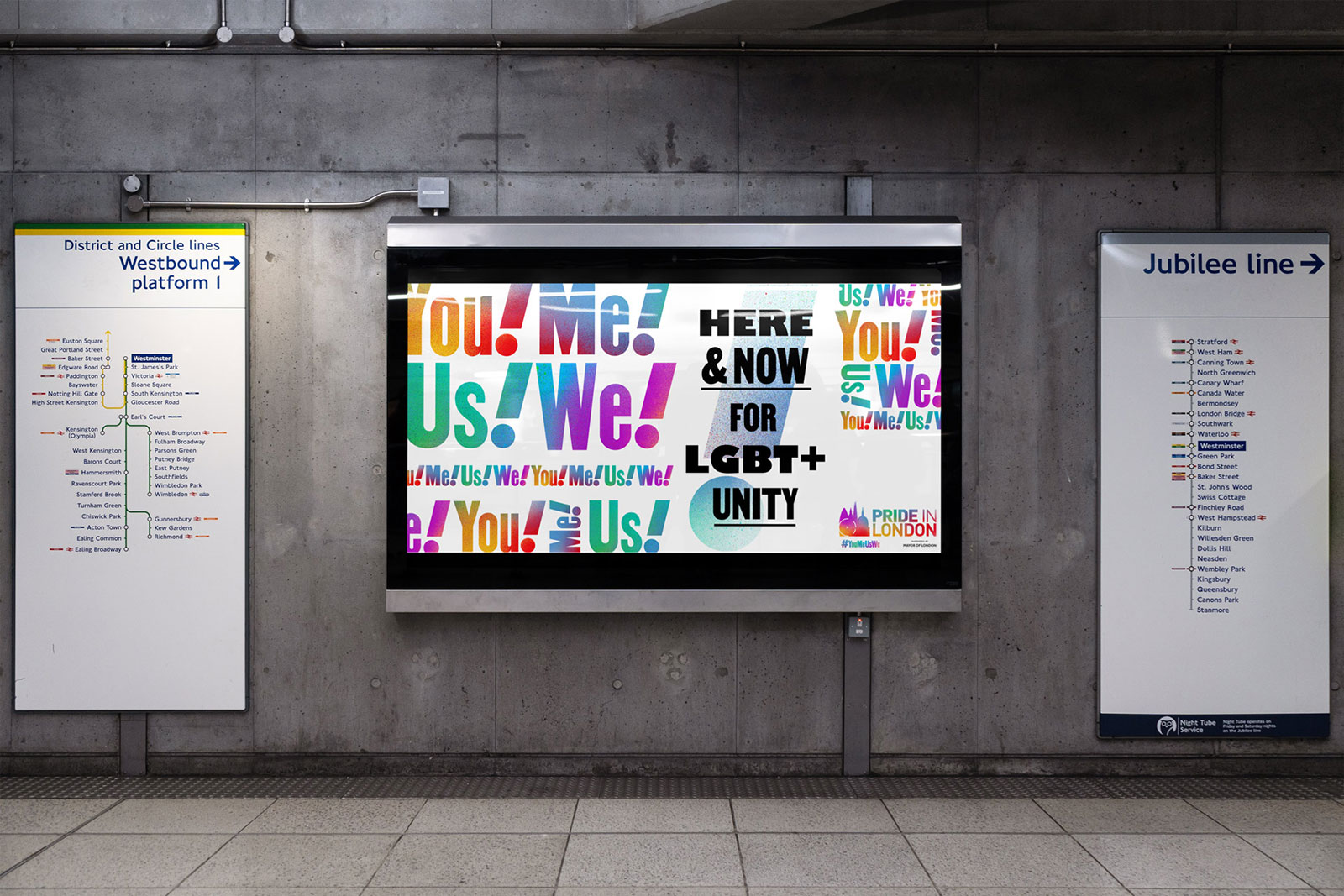 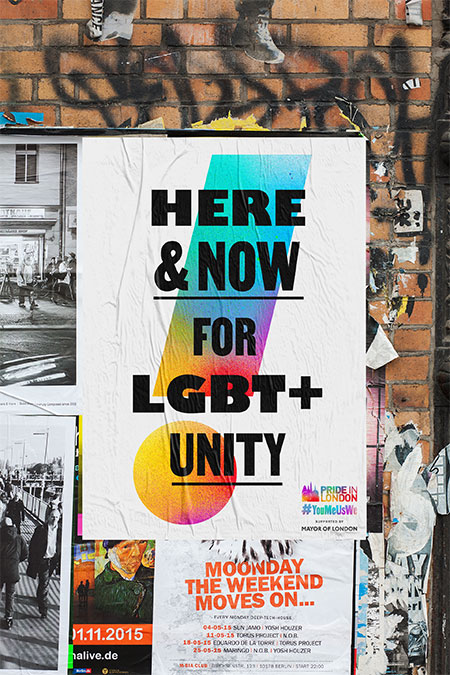 "'You! Me! Us! We!' is about protest and equality and allyship," says L.A. Ronayne, group creative director at Anomaly. "It's a call to the whole community to support one another, especially those who live a more marginalized experience each day."

Radio spots tell the community that "Our cry must be louder than ever before" in lieu of a large-scale gathering to raise consciousness for the cause.

"It's our collective hope that even though the parade is postponed, this work will bring people a sense of closeness," Ronayne says.