"Her voice is of a goddess and her music is hypnotic, beautiful and emotional," Barking Owl executive producer/creative director Kelly Bayett says of the R&B singer, daughter of the legendary Ernie Isley of the Isley Brothers. Alex Isley's set streams on Instagram Live at 8:30 p.m. ET. In about a week, after mixing and editing by Bayett's team, that 10- to 20-minute performance will post on YouTube, too.

So far, three other acts—Problem, Jodie Jo and Campfire feat. Shane Eli—have appeared on Barking Owl Sessions. The goal of the series, produced with UNIT9, is to showcase young POC performers to brands, agencies and producers who might want to license their music for commercial projects.

"After the disgusting turn of events culminating in George Floyd's murder, I thought, 'How can I best serve this movement? What can I contribute?' " Bayett says. "I knew I had amazing and supportive connections in the sync, licensing and brand partnerships space. So, I decided to create a showcase that would highlight a different Black artist in each session."

For Bayett, a native Angelina who co-founded Barking Owl a decade ago, the commitment to diversity runs deep. At her company, POC and LGBTQ+ folks make up three-quarters of the staff, and the sessions showcase Bayett's dedication to helping musicians of color break through to industry decision makers and the public at large. 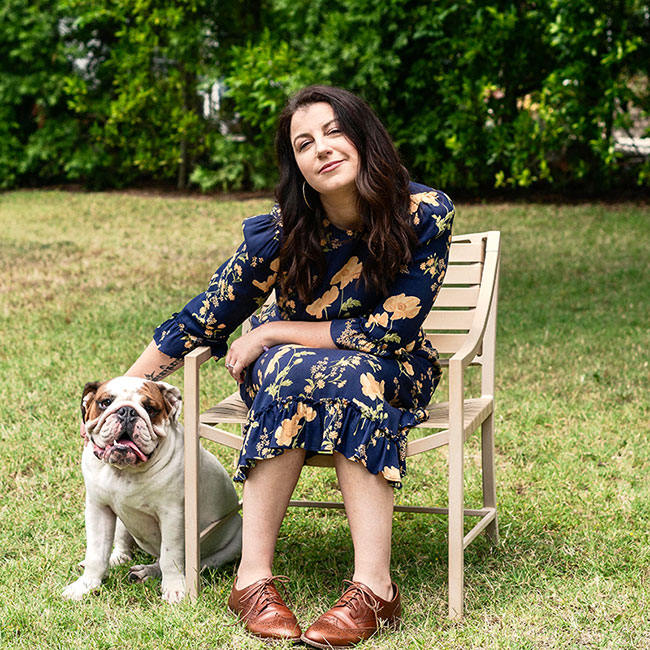 In our conversation below, edited and condensed, Bayett discusses her work and the state of equality in the industry today.

Muse: Why is this project important to you? How does you own race and background play into it?

Kelly Bayett: I'm white. Growing up we didn't have money, and I went to a big public school. The school bussed in students from different areas of the inner city and they were treated poorly by parents and other students. The Rodney King riots happened during my junior year of high school, and that brought about an even deeper understanding of what my privilege meant. [Because we were white] no one from the neighborhood ever complained that we were not wealthy enough to go to school there. No one ever worried that I might steal from them.

I also work with a nonprofit called Defy Ventures. We go into prisons and work with incarcerated individuals. We call them EITs—Entrepreneurs In Training. We help them create ideas and put together businesses. We do résumé coaching, personal statements and practice interviews. Since quarantine, we have been working with those who were recently released, helping them to get their ideas into practice, how to apply and interview for a job. It gives people a second chance who never had a fair first chance.

For the Barking Owl Sessions, how do you pick the artists and handle production?

We don't care how popular or how many likes they have, we just look for people who are exceptional. I was excited by the idea, but I had no idea how to fully accomplish it. My East Coast rep, Diane Patrone, suggested I reach out to Michelle Craig at UNIT9. She took on the direction and all visual aspects of the project. We source talent, handle the audio, and it's done in our studio. We work with the CDC guidelines as well as SAG guidelines to keep everyone safe. Crew is minimal, everyone wears masks, no one can come in with any flu symptoms. We keep people distanced. None of us takes this virus lightly.

The initial idea was to create an event with IG Live that would attract viewers, and then a YouTube channel for the musicians that would turn into a resource where people can find incredible talent for licensing and partnerships. We still want that, but we also realized that we could make fantastic content for the artists to use however they like. Problem is releasing his session as individual videos and also releasing the tracks. We are also working on a possible event that will focus as a record release around [his album] Coffee and Kush Vol. 2. We want to give artists the access to the brands that could help make them real money. Streaming services won't do it for you.

Do the sessions themselves present sponsorship opportunities?

We will be looking for sponsors for each show. The sessions have blown up with an audience that we never expected to touch. It has also become an event that the public is responding to. We keep upping the production game, and it's getting expensive, so we are looking to get some financial support for production.

Can you talk about each episode, what makes them special?

Problem … he's this independent hip-hop legend. He writes and performs, and he has reinvented himself so many times. This new album is insane. It's so musical. Having him perform with a live band culminated in an experience that felt intimate and warm.

Jodie Jo is at the other end of the spectrum. He is young, from the Inland Empire and had never performed before aside from the odd open mic. He uses strings, horns, and creates hooks that won't leave your mind. I wanted to introduce the world to someone completely new and unexpected.

Shane Eli has a very different vibe than the other two. His energy is really high, and he makes music that makes you want to get up and do something. It hits you to your core, and Michelle wanted to do something visually that reflected that.

Problem's session was posted by Michael B. Jordan on Instagram, and it was also picked up by a bunch of hip-hop outlets. People love them and they are starting to look forward to the next session, which is key. Problem's session had over 40,000 views in a week.

Showcasing Black artists is great, but in a broader sense, given the political climate today, do you think we'll make real progress in the push for equality?

In the ad business, people seem to think that if they make a Black woman a vice president, they have solved their cultural problem. But the issue is much bigger than that. There are deeper cultural issues that need to be addressed. BIPOC need to feel accepted and be encouraged to grow. People stress putting women and people of color at the top, and I believe in that, but you also have to look at the opportunities you are providing. Are you investing in communities? Are you creating mentorships? Are the people who are contributing to a toxic culture being dealt with, or are you continuing to turn a blind eye? Is the pay for BIPOC and women equal to that of white males? People are doing consciousness and diversity meetings in agencies, and that is great, but you must follow through, or your words are empty.

What will it take to affect real change?

If we are relentless, I do believe things will change. But it won't be a fast process. It is a long, hard road to undo hundreds of years of oppression. It takes everyone. We can't get bored with the movement. We have to acknowledge that as white people we don't understand the struggle and acknowledge that we have made mistakes and we will continue to make mistakes, because the challenges of BIPOC are not our personal experiences due to our privilege. If we can all keep fighting, as I intend to, then it will change.

Apart from the sessions, can you talk about a couple of recent Barking Owl projects you're proud of?

One was the P&G Pride piece with Wieden + Kennedy. It was such a simple and sweet execution, but it was so powerful. The piece of music was from our library and we didn't even have to touch it—it was perfect.

Love Who They Are

We also did a project with TBWA\Chiat\Day for the Grammys about women in music and it was one of my favorites.

On a totally different note, we mixed the Klarna campaign with Miramar, and every time a new spot would come in I would marvel at how odd, smart and funny it was.

Are you a musician?

I am a singer, and the only band I ever played in was a kids' punk band. Kids are the best audience. They jump on stage, dance with you and they are never too cool for the room. All kinds of music inspire me. I love music that comes from your heart and soul. I don't care what genre it is. You can tell when someone gives their whole heart to something and that is what I am attracted to: music that makes you feel something. I have always loved music, theater, storytelling and production, so when I found this career it was the absolute perfect choice.

How did you get on this particular path?

I waited tables and slung coffee for a while before my aunt hired me as her personal assistant. She and her husband were CDs at Chiat, and they left to start their own production company called Radio Savant. They ran an amazing company from their house. Eventually I started going to sessions, and my aunt taught me how to produce.

When the [2007-08] SAG strike happened, I answered an ad for a music production company called Tomandandy. I thought I would have a knack for it. I love music, and I knew enough about advertising. It was a difficult job, but they taught me so much. I went from there to Stimmung where I worked as an EP for 7½ years. In the midst of a divorce and with nothing to lose, my boyfriend (now husband) and I started Barking Owl in our house with no reel, no reps and no bio. I was incredibly confident, slightly naïve, relentless and resourceful.

My goal was to create a place where we could make music and sound that we loved. We wouldn't do rips—we would invest in artists and grow in any direction the wind took us. We knew our vision was for the long game. We didn't want to sacrifice quality for a quick win. We knew we might not win everything, but hopefully, we would attract like-minded people. And we did.