McDonald's remembers seven black Americans who died in police custody or because of racial violence in a new 60-second spot created by Wieden + Kenny New York.

McDonald's | One of Us

The copy mentions new McDonald's donations to the NAACP and National Urban League, concluding: "We do not tolerate inequality injustice or racism. Black lives matter." That last line flashes white against a black background, and the Golden Arches pop up at the end.

A print version of the ad appears atop McDonald's Facebook page: 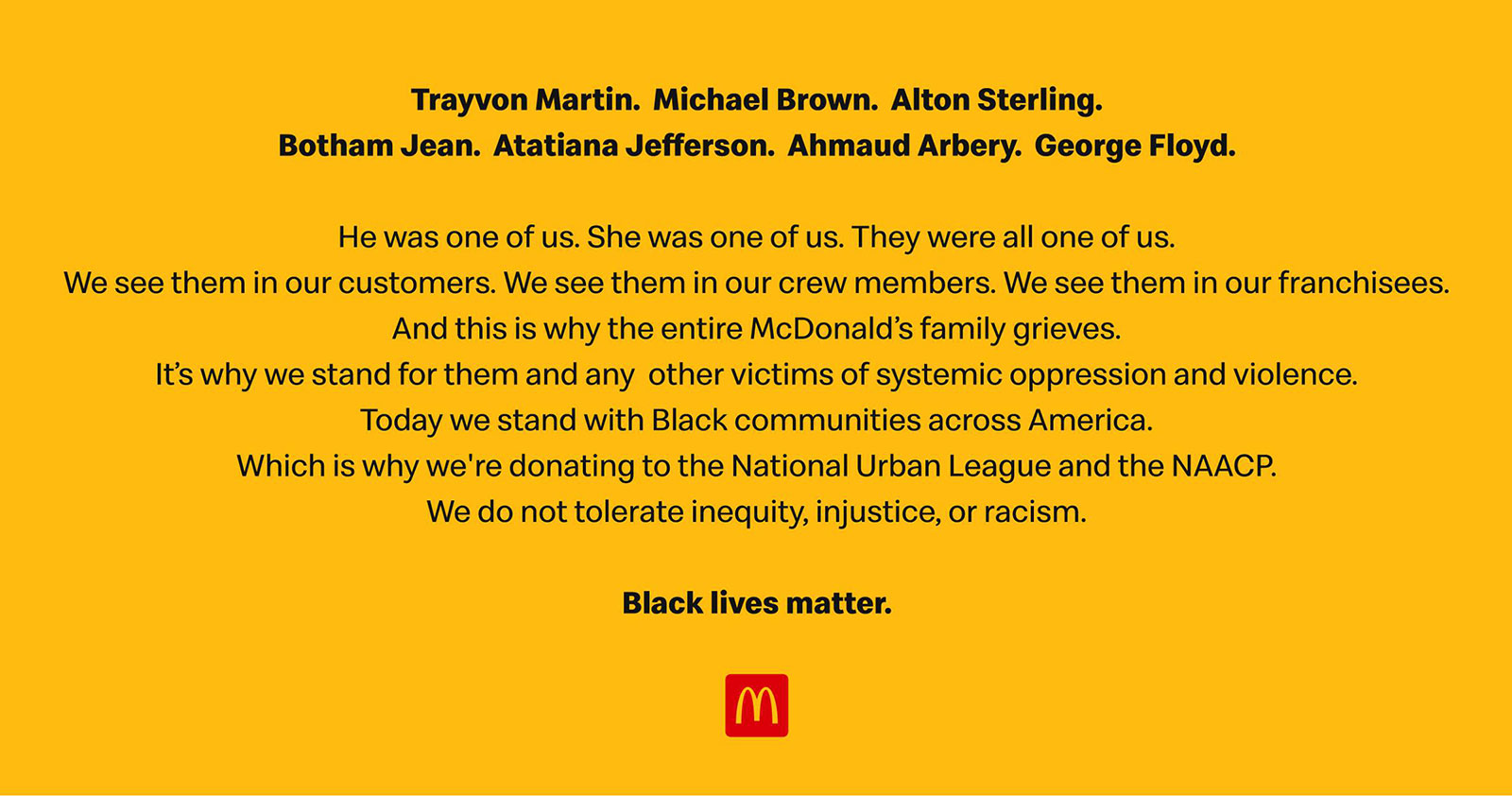 Other brand efforts in the wake of George Floyd's death last week at the hands of four Minneapolis police officers include this detailed, stirring statement from Ben & Jerry's, and Monday's 8:46 blackout across ViacomCBS properties.

On May 25, while taking Floyd into custody, officer Derek Chavin kneeled on the 46-year-old black man's neck for eight minutes and 46 seconds as three other policemen looked on. All four were subsequently fired. Yesterday, one of the counts against Chauvin was upped to murder in the second degree, while the three other officers were charged with aiding and abetting that crime.

In some quarters, the McDonald's spot and kindred efforts from fast-food brand have generated push-back. For example, New York magzine's Grub Street decries such efforts as hypocritical, noting that chains harm minority communities by paying low wages, offering questionable protections amid the ongoing Covid-19 crisis, and serving high-calorie meals that contribute to obesity and other health issues.