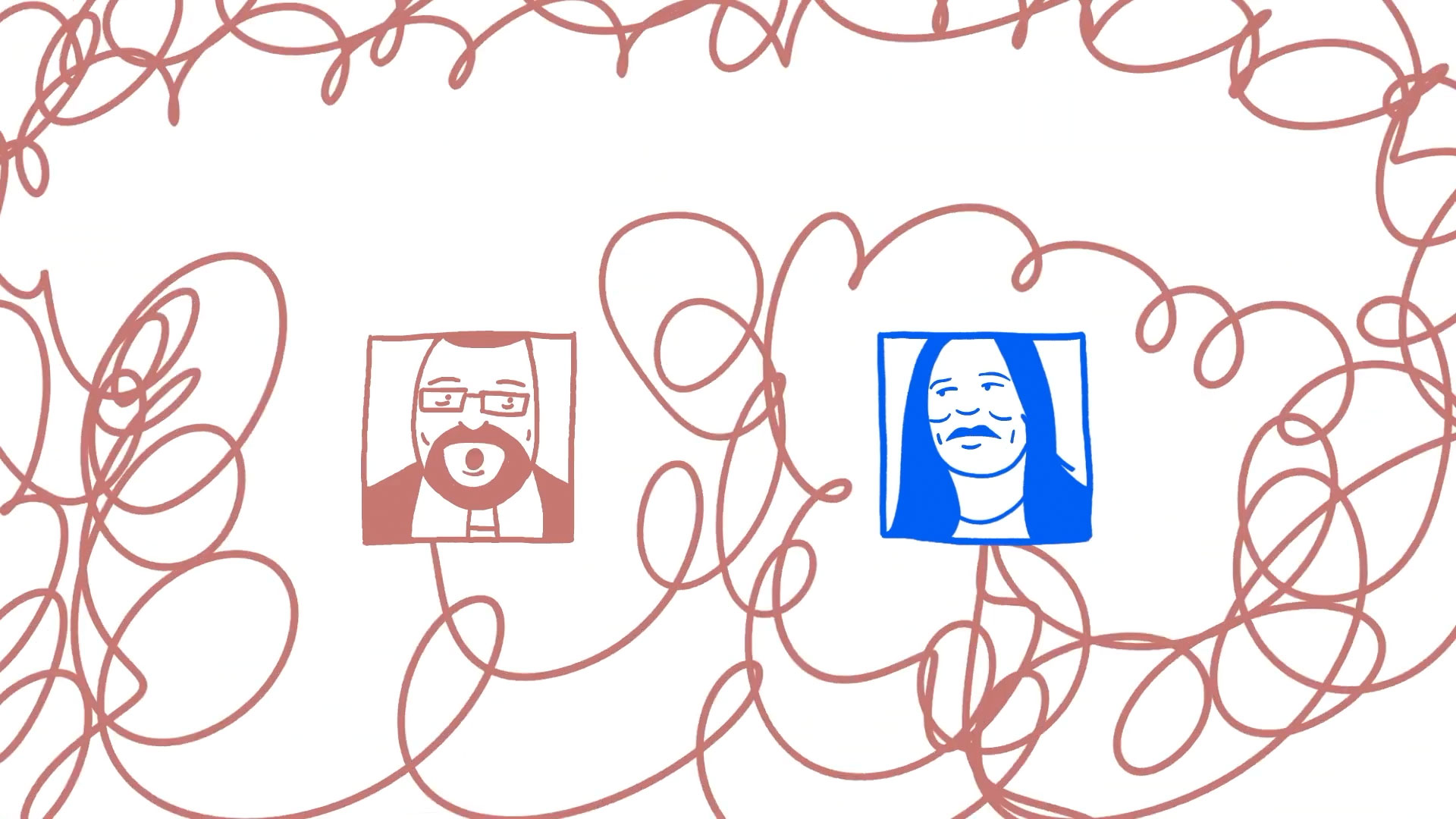 The Ad Council joins with nonprofit StoryCorps for a new "Love Has No Labels" initiative, providing resources and advice designed to facilitate constructive conversations between individuals with opposing points of view.

PSAs drive folks to lovehasnolabels.com/onesmallstep for tools and information. Users can sign up for One Small Step, a StoryCorps program that brings together strangers with disparate beliefs to chat about their lives.

Animated videos and radio spots feature highlights from such discussions. This dialogue between Muslim university student Amina Amdeen and hardcore Donald Trump supporter Joseph Weidknecht proves especially moving, as they recount meeting while on opposite sides at a political protest:

"I noticed that you were surrounded by some people, and I noticed that they were being kind of threatening. And then somebody snatched your [MAGA] hat," Amdeen says. "And that's the point where something kind of snapped inside me. Because I wear a hijab, and I've been in situations where people have tried to snatch it off my head."

"I don't think we could be any further apart as people," Weidknecht says. "And yet, it was just kind of like this common 'That's not OK' moment."

She recounts struggling to acclimate after moving to the U.S. as a youngster from Baghdad, and he describes longing for friends and connection through difficult teenage years. Ultimately they bond, and their willingness to reach out feels refreshing and powerful in the these polarizing times.

Wisely, the campaign never overreaches. Instead of promising unrealistic strides, it's all about taking first steps and moving forward together.

This next ad features a conversation between a liberal young woman and her conservative father-in-law:

And this PSA exhorts us to withhold snap judgments and appreciate others as unique human beings, rather than stereotypes:

StoryCorps approached the Ad Council last year, seeking to address the toll political division takes on on our psyches, especially amid Covid-19, when anxieties and tensions become magnified.

"We understand the power of conversation to build empathy—to break down biases and connect us with people based on who we really are at heart instead of what others assume to know based on what they see," Ad Council chief campaign development officer Heidi Arthur tells Muse. "Much of the public is tired of the division and craves small actions they can take to build a stronger community and help heal our nation. Conversation is a powerful way to challenge stereotypes, erode bias and build empathy toward others who we perceive as different."

Of late, the Emmy-winning "Love Has No Labels" campaign has focused on social justice and Black Lives Matter to promote diversity and inclusion. The collaboration with StoryCorps also includes radio ads and digital out-of-home banners:

Where People Are Coming Together | Ad Council (radio) 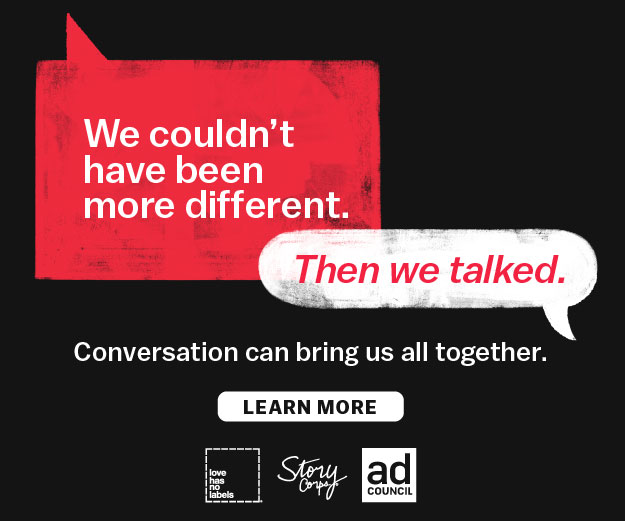