Goodby Silverstein Uses Its Building as an Anti-Racist Billboard

Goodby Silverstein & Partners is using the famous facade of its building at 720 California St. in San Francisco to broadcast an anti-racist message, the latest in a series of creative efforts from the agency to combat hatred and intolerance.

"Being black is not a crime," read large block letters displayed in office windows on three adjacent floors of the building—a striking image, particularly at night, with the white text aglow against a black background. 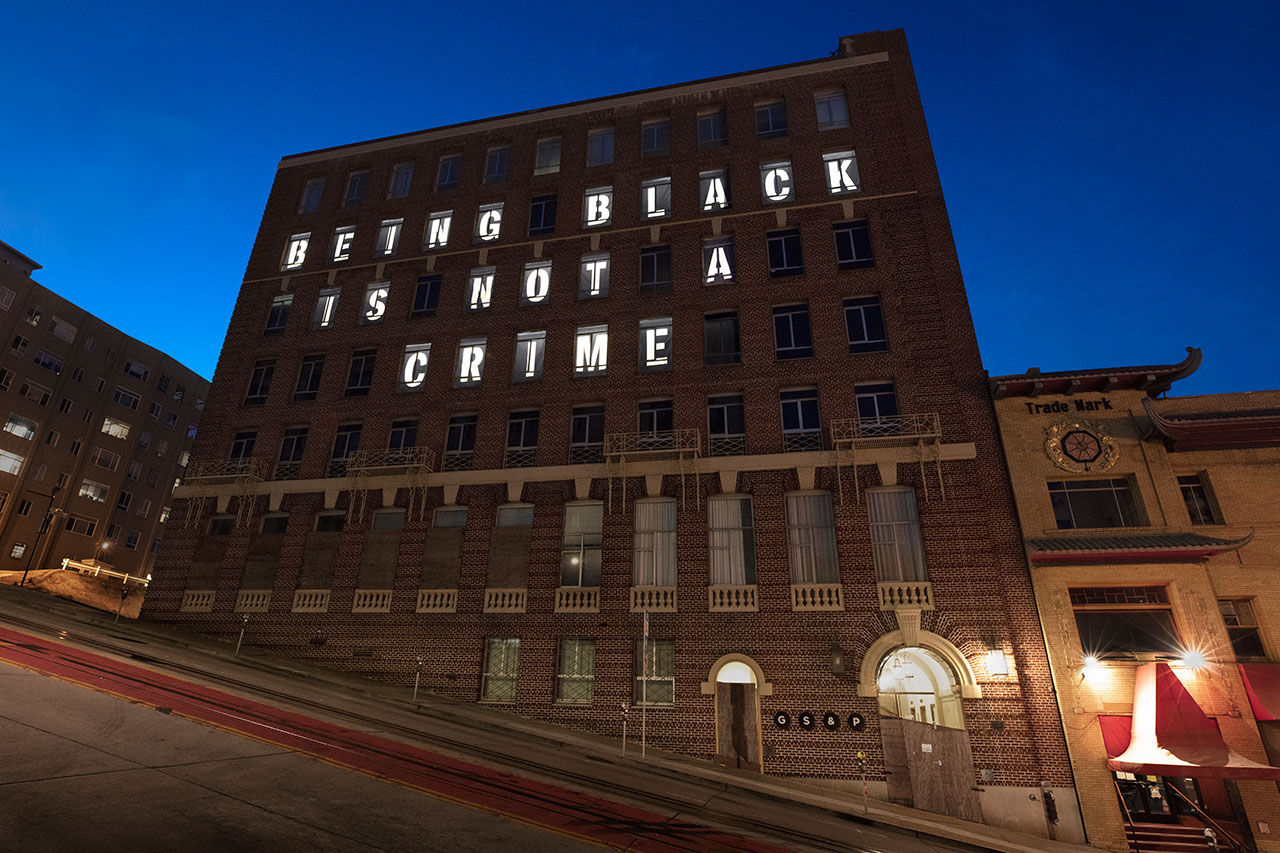 "What happened to George Floyd was horrifying," says Castor. "It was inhumane, and something most Americans can't unsee. But it's something the black community has experienced for far too long. It's time for our white allies to act. To use their voices, and stand up against systemic racism in every way imaginable."

"As black men, we have a duty, responsibility and obligation to stand up against racism," adds O'Neill. "As an agency, we need to use our collective voices, and stand with the black community. It's time to hold ourselves accountable. It's time to stand with George Floyd, Breonna Taylor, Ahmaud Arbery, Eric Garner, all victims of police brutality, and the entire black community."

GS&P has created a number of anti-racist efforts in recent months. In February, Castor and O'Neill spearheaded the "Not a Gun" PSA, addressing the epidemic of unarmed black men killed by police—often for carrying something as simple as a candy bar.

That work was done in partnership with the Courageous Conversation Global Foundation. GS&P unveiled a follow-up spot in May called "Not a Crime."

Not A Gun
Not a Crime

GS&P has also developed the "Respond2Racism" movement to combat racism online and empower people by providing tools to address harassment.

The first project under that banner is the First Responder Twitter Bot, which automatically responds to Covid-19-incited racist tweets targeted at Asians and Asian Americans (against whom messages of hate have surged 900 percent on Twitter during Covid) with videos that educate perpetrators and uplift Asian frontline workers.

Of the new window display, Jeff Goodby, agency co-chairman and founder, says: "We have often used our building to amplify our beliefs as a company. Looking at the racism and hate that threatens black Americans every day, we just couldn't stand by in silence."