Your Brand Has No Business Being on TikTok

But also, maybe you should be?

The year is 2020. You're a brand. Your primary business objective for Q2? Relevance. Forget about first impressions—you want millions. Someone's kid sister's friend's classmate won't stop going on about "TikTok." You're intrigued. You investigate. You have no idea what's happening, but you're compelled to craft a TikTok strategy for your brand.

The app only launched three years ago, and yet it's already blown past a billion downloads. It's available in more than 150 markets and in over 75 different languages. It's filled with hundreds of millions of people (of all ages), and those numbers are still exploding. It's what many are glued to right now. It's what's relevant with your target audience, so having a presence on the platform is tempting—I get it.

The thing with appearing on a platform like TikTok is, you're probably going to do it wrong. If you're having a hard time understanding why it's become so popular, it's pretty simple—it's because it's fun. Their slogan is literally "Make your day." There are more hours of content on there than one could imagine. TikTok is made to consume and easy to create.

But it's more than just a platform for dance videos and odd humor; it's a hub for community wrapped in layers of shared meaning we sometimes call Internet Culture. It's the people's platform, run by its users, made for its users. It's possible for you to create that brand moment you're looking for, but it's also possible that you'll cause a cringe reaction from everyone watching.

It's way easier to run afoul of TikTok than it is to find a way in. So, if you're feeling compelled to post, here are a few things to know.

Yes, there are tons of young people watching and creating, but TikTok is not exclusive to those aged 7-22. It's actually quite popular with people over 50. Like Dan Pheps, a 55-year-old TikToker who thrives making silly impression videos.

Part of what makes it a riot to watch is how open people are to getting a little weird. Oddball humor is plentiful. Eccentric content thrives because, well, it's fun to be a little weird.

Dive deep into the relatability, it's one of the roots of meme culture. Let people create something, give them a formula, like a song and a feeling they can relate to. Videos that trend are those rooted in some sort of element of relatability—e.g., the "Fierce" challenge. People are just looking for a way to share who they are, what they're into and what they think; give them a chance to (e.g., favorite movie challenge). Make the challenge or the inspiration accessible; all it should take is time and a phone.

Be in on the joke.

Absurdity rules on TikTok. Think of it as a lighter hoax. Things so ridiculous that no one should believe them, but they do. Like the broom challenge or the girls who convinced the internet they're eating their tampons. Toronto's Officer Arsenault gets it.

Get creative and take your time.

The best videos to watch are the ones that leverage the editing tools on the platform. It is fun and easy to experiment with storytelling. Get creative with how you tell a story, whether it's an outfit change or how you tell a joke.

TikTok is essentially a more visual way of looking at very niche senses of humor and forms of expression. That's a tricky world for a brand to enter. We're in an age of misinformation spreading like wildfire, where every element of our culture is subject to becoming a joke or a meme. TikTok is a hotbed for that type of interaction and miscommunication. As a brand, you have a certain established authority. Be mindful of this when you aim to go viral.

It's great to get excited about what's relevant and up and coming, but sometimes it makes sense for your brand, sometimes it doesn't. The Fortnite Emote Royal challenge makes total sense.

The reason that campaign works is because they are using their passionate fanbase to give into an already-existing behavior on the platform. Not every brand in the world needs to be on every channel. There's so much information to consume, and the desire to be where people are is understandable, but it's more impactful and useful when you're doing something with a shared interest and relevance. Make sure the medium fits the message. The Old Spice man or the Kool-Aid guy makes sense, a sports car brand, a publisher, a personality-driven brand can all work. Any brand can be on TikTok so long as the content is good and they understand this isn't about them, it's about the audience.

Ultimately, I can't stop you from being on the platform, and truthfully, I don't want to. There are many worlds within TikTok, and much to be discovered. Spend time watching the videos. I promise it's fun and there is something on there for you. If you're going to be on TikTok, create content that is meant to be enjoyed or that inspires people to create something.

Create something your audience wants to watch, whether it's funny, cool, creative, ridiculous or just plain weird. Don't sign up because you want to be relevant or because you think a specific audience group is on a platform. All people want is to consume and create content, so create something they want to see. And remember, this is supposed to be fun. 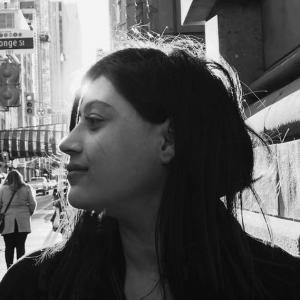