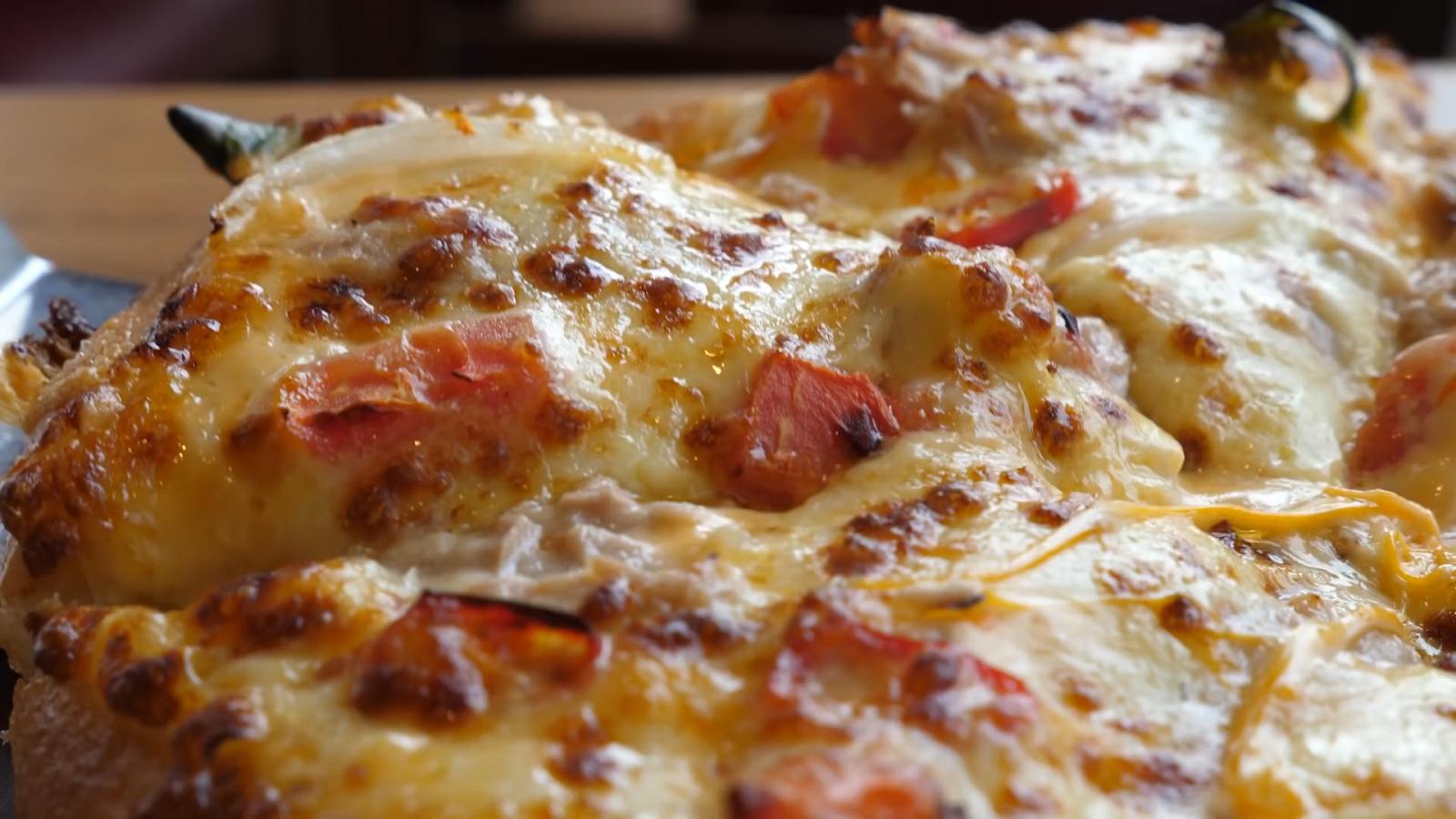 How about a slice of Doctor Fork?

If that sounds like a brand name an A.I. made up, that's because it may well be. To test its own ads' effectiveness, Google's Unskippable Labs team both invented the Doctor Fork brand and created 33 ads to promote it, drawing from stock footage.

The ads actually ran on YouTube and received 20 million impressions—though it's unclear whether that means they're effective, or just weird in ways we can't quite name.

A series of "Appetite Appeal" ads was intended to "explore differences in sensory cues and information delivery in ads," per Google. Below is one version, awkwardly titled "MultiSenseTouchVisualVisual." We don't know if it's the lack of music that's making us focus extra hard on words like "hot, gooey cheese," but we could definitely do with a pizza right now.

"SingleSenseVisual" has no sound at all.

There are 18 iterations of the same idea, with minor changes. This is basically a series of programmatic A-B tests that happen to be notable because it's Google and they literally made up a brand to bait us all.

Other tests are slightly weirder. In another series of ads, titled "Man vs. Food," Doctor Fork is punting cheesecake instead of pizza. It includes 15 super-short ads made "to explore the balance of human and food shots, and the use of perspective in food advertising."

And while we know this is all robot-talk, we remain vaguely disturbed by the video titled "HintofPeople." When the narrator croons, "...with a balanced diet of cream cheese and sugar," we expected the third ingredient named to be Soylent Green.

The video below, whose title includes the words "NoEatingTwoShot," features the same two people—this time more visibly (that's what "hint of people" meant!). The camera cuts away from them before they're actually seen putting cake in their mouths.

In "BiteandSmile," you see the woman eat the cake.

This is less ridiculously banal that it seems. Creative director Ben Jones of Unskippable Labs told TechCrunch that certain tropes of advertising are simply never tested for efficacy: "You can't show somebody chewing food and looking at the camera," he observes.

But by creating fake brands with no stakes, Jones said the team had "a very different kind of freedom to be wrong."

YouTube also made the campaign findings a little more practical; instead of limiting the Doctor Fork pizza ads to a focus group, for example, it served them to a large number of real users.

The results culled from these efforts are many and can be read on TechCrunch. Here are a few:

Faced by experiments like these and their consequent findings, it's easy to wonder what place creativity holds in advertising, or in our culture generally as we drift closer to life watched over by machines of loving grace. This might be the wrong conclusion to jump to. A friend working in A.I. recently told us that the more efficient technology becomes, the more valuable our specifically human qualities are—those of genuine empathy, say, or being able to shift values from one context to the next.

In any event, Jones says he will apply this methodology to investigating other questions, including how audience affinities impact advertising.

Meanwhile, order a pizza or cheesecake of your choice. You've just improved Google's overall ad efficacy, so you've earned it.