The Covid effect on the political season

Before Covid-19, political ad spending in 2020 was projected to soar to new and record-breaking heights. Between Trump, Bloomberg and the rest of the Democratic field, analysts projected up to $10 billion would be pumped into the political ad market, with roughly $2 billion going directly into digital and mobile. As with everything else, the coronavirus has upended all those projections, but the picture for digital—and, in particular, mobile and CTV—still looks surprisingly healthy, as it will likely be the determining playing field upon which the 2020 political contest plays out.

Historically, Democrats have not invested as much of their media budgets into digital and mobile compared to the GOP. This year, though, we will likely (finally) see a true leveling of the digital and mobile playing fields—at least as far as campaign budget allocation goes. Just how the coronavirus virus will affect the election and which of the many Covid-driven changes to our media consumption patterns will become permanent remains to be seen. The degree to which digital, mobile and CTV play a significant role in determining the winner in 2020 is decidedly more certain.

With the primary elections now essentially behind us, both candidates have been conserving their advertising budgets. During the first few months of the pandemic, President Trump spent less than expected, due in no small part to extensive, daily free media coverage. His opponent, Joe Biden, also pulled back significantly during the initial months of the pandemic. At a time when most states were just beginning to issue stay-at-home orders, spending from the presumptive Democratic nominee dropped from approximately $8 million a week to $1.7 million. The Sanders campaign had a similar drop-off as well. Bloomberg and Steyer spent a combined $600 million-plus during their aborted presidential runs.

At the beginning of Q2, the president's reelection campaign still held over $94 million in cash, compared with Joe Biden's $12 million. Trump had more money, a bigger staff and a more sophisticated digital strategy. In May, Trump began a multimillion-dollar anti-Biden advertising blitz on television and digital in an effort to define his opponent. Yet that initial spend represented just the tip of the iceberg, as both parties' fundraising apparatus has kicked into gear. By the end of June, Biden had raised $282 million, whereas Trump now had nearly $300 million in cash on hand. The expectation is that sooner, rather than later, the spending floodgates will reopen for both candidates, with significant implications for digital and mobile.

As the economy moves from a quarantine into a recession, a reduction in advertising across the private sector is inevitable. Ad revenue for traditional "linear" media is now projected to shrink by almost 12 percent in 2020, per revised Magna estimates. Media companies as a result will likely become particularly dependent upon political ads in the latter half of the year. Magna's projected downward revision of overall media sales by 2.8 percent was actually less than anticipated. This was largely down to the expected surge in political ad spending come this fall. The net impact of this dependency on political ad revenue will likely result in an even more saturated media environment. This is particularly true for digital, where avails and pricing will become top of mind for all media buyers as we enter Q3.

Pandemic-related shifts in people's media habits have already begun to impact media buying behaviors. People are now spending significantly more time on social media and with streaming services for news and entertainment. These shifts in media consumption developed during the quarantine will likely stay with us throughout the remainder of 2020 (and beyond) and will certainly guide campaign spending toward digital now more than ever.

"We now have digital and TV buyers trying to transact on the same OTT and CTV inventory," says Mark Jablonowski, managing partner at DSPolitical, a digital political agency based out of D.C. "It'll be interesting to see how campaigns will divvy up budgets between traditional media and digital media buyers as we get closer to the election."

This transformation of the political advertising playfield and how various candidates approach it will also be impacted by new media buying trends in the age of Covid-19. Charles Manning, CEO of Kochava, a mobile apps analytics and attribution platform, noted that in Q2 they had already begun seeing a decrease of around 18-25 percent in attributable conversions for non-self-attributing networks (SANs) like Facebook, Google and Twitter. There was, he added, also an increase of 35 percent in acquisition campaign attributions by SANs and non-SANs. That's a significant bump. It indicates that while straight user acquisition media campaigns are decreasing in conversions, campaigns targeting existing customer bases on behalf of brands are increasing. All of this seems to indicate that brands don't want to have the risk of attracting net new audiences. They want to go after the audience that they already know.

"One thing we're really advocating to our customers is to make committed buys now for the end of year because that's where things are going to get challenging in terms of avails and costs," added Manning. "There is going to be a glut in the last quarter because the belief is that there will be more mobility going on and there is going to be commerce interaction. That is going to be precisely when the heat is on for the election season, and so it will put real pressure on buyers."

Availability and pricing pressures aside, the coming political moment for digital and mobile is a position for which they are, perhaps, uniquely suited. Mobile has for the last 10 years been the bellwether of innovation for advertising and as a measurement and analytics platform for major brands. For both presidential campaigns in 2020, the strengths of digital and mobile platforms will be vital. Innovation immediately in the aftermath of the lockdown has already begun. Everything we associate with digital and mobile—specifically, their abilities to hyper-target with extreme accuracy—is already starting to be realized.

"Mobile will play a critical role in the election. It's become a de facto necessity at this point. It's no longer the new sexy thing," added Jablonowski. "This will also be the first election where candidates can effectively target voters though the largest screen in the house."

So what should voters expect?

A/B testing of the sort commonly seen with entertainment apps testing out different creative messaging will likely play out in interesting ways as campaigns make crucial decisions. For example, you have the potential to A/B test democratic VP candidates just as you would a traditional media campaign for an entertainment app. Does Stacey Abrams fare better among a particular subset of potential voters? Or does Kamala Harris? In the 2020 political cycle and media environment, that sort of testing seems not only more plausible but more likely as well.

"Testing is incredibly important because in politics we are faced with a unique challenge where the ultimate KPI is a secret ballot every other year. Getting that feedback loop is very difficult, expensive, and labor intensive," noted Jablonowski. "A/B testing is important when it comes to testing creative, and digital provides the ability to get much more granular data."

As the coronavirus transforms political campaigns and the media environment, it will also emerge as an issue in and of itself. In fact, with many people still isolating and staying away from rallies (though not all, certainly), issue-based political campaigns that lead back to a given candidate will likely play a huge role this season. Was the response to Covid-19 handled properly? Should we have conventions? What about mail-in votes? Topic-based media campaigns play particularly well within mobile.

"Both sides are going to pick topics and then spend ad dollars around engaging hyper-targeted communities around those topics," adds Manning "So everything we've come to learn about digital and mobile, where hyper-targeting is actually more accurate, and the relationship between that and these topics is going to be exemplified. A whole new political ad buying cycle has been thrust upon as an ecosystem, and it's on a fast track but it's going to lead to candidates and it's the only show in town."

For most observers and strategists, it comes down to a guessing game as to where we will be three to four months from now. If we have a resurgence of the virus and an extreme recession, you will likely see a dramatic downturn in spend, and even digital and mobile won't be insulated from that—though, even in that worst-case scenario, candidates will still be forced to target voters on their mobile devices and through the CTV platforms. If the situation improves, though, and we're able to enact effective contact tracing, the majority of people adhere to social distancing guidelines and the virus is really on the downturn, then we'll see only a slight reduction in ad spend—though perhaps in that best-case scenario, more traditional political strategies, like neighborhood canvassing, rallies and events, and linear media buys, will also be in ascendance as well. 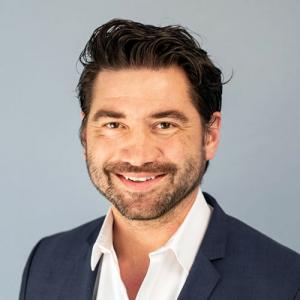