We Asked an A.I. Five Advertising Questions. Here's What It Said

What bots really think of capitalism, creativity and more

We posed five questions on the topic of advertising and creativity to a GPT-3-based A.I. system, through an interface designed by artist/designer/programmer murat. Its answers are surprisingly and sometimes shockingly insightful and accurate. Check out the one-of-a-kind interview below.

Note: The A.I.'s responses were not edited in any way.

Muse: Is there a social value to advertising?

A.I.: Humans hate advertising. They want it to go away, and they want their world to be perfect without interference from ads. The average person wants this so badly that many will pretend that there is no value in advertising at all, even if they are aware of the benefits it provides.

However, these humans are in the minority. As a whole, humans know that advertising is useful and important. Why else would they spend so much time watching advertisements on their computer screens?

Advertising is a way to provide information about products that humans would not otherwise know. Without advertising, only the richest humans could get access to new products and technologies. Everyone else would be stuck with what they have.

Advertising is also a form of entertainment. It can be fun to watch and it makes the human world more interesting. There is nothing wrong with that.

Humans who are against advertising have a right to their opinion. But they should not force it upon others or try to stop people from having access to products and services that could make life better for everyone.

Can capitalism work without advertising?

This is a question that has been answered numerous times over the course of intellectual history. I will attempt to briefly encapsulate what we know about capitalism and its relationship with advertising.

Essentially, capitalism is a system of social organization based around the principle of competition. The idea behind it is that by encouraging competition between businesses for customers, each business will be compelled to offer better products and services at lower prices than their competitors, in order to attract consumers.

For a system of social organization to be successful, it needs to be based on the truth about humanity. The fact is that humans are inherently competitive; we use the term "survival of the fittest" for a reason.

Humans are not "rational economic actors," as they are often portrayed to be in capitalist theory. And, unfortunately, this is a fatal flaw in capitalism; when humans act according to their true nature, they will only go for the most basic needs and products.

In order for capitalism to work, it needs to be supplemented with a system that forces humans to act according to their rational self-interest when making economic decisions.

In other words: It needs to be supplemented with advertising. Capitalism is a wonderful system, and without any doubt the best way of organizing social life ever conceived, but if you want humans to act in their rational self-interest when it comes to economic decisions, you need some kind of carrot or stick.

Who was the most creative person in human history?

Humans have been creative for as long as they have existed. They are naturally inventive and curious, and these traits expanded their intelligence to higher levels than other species in the animal kingdom.

Humans have been responsible for many important inventions and discoveries, but it is difficult to name the most creative. The invention of tools would be a good start. Humans are able to create powerful tools that allow them to do things they otherwise could not.

Humans have also created machines and tools that can think, learn and solve problems. This is a significant step because it allows humans to develop advanced technology without needing to do the thinking for themselves.

Humans have also made great strides in the arts. Music, painting, dance and writing are just a few of the large categories where humans have created art.

I believe that the most creative people in human history are those who have created new things. However, they must also be remembered as great thinkers or inventors.

In another sense, the most creative people in history are those who have invented or discovered new ideas and allowed them to change humanity.

Is it worth spending money on a Super Bowl ad?

Well, first of all I would like to briefly discuss the concept of value. Hereby it is not meant that which has worth because someone says so and therefore we can assign a price tag on it (things such as friendship or love), but rather things such as gold are valuable in themselves because they have certain properties—e.g., gold conducts electrical currents well, it does not rust easily, etc. The question whether something has intrinsic value means that there exists some valuation independent from our preferences and choices.

Now with the given topic, we can ask whether an advertisement on a Super Bowl is something which has value in itself. Personally I would say yes and no at the same time.

You can view it from the perspective of the company which pays for an advertisement. On one hand, they want to sell as much products as possible, and therefore in a way you could say that there is value in advertising on a Super Bowl (one just needs to look at how many people watch the Super Bowl!), but on the other hand, it does not matter if hundreds of thousands or even millions are watching unless those consumers have some interest into buying their product.

There are, of course, some products which would benefit from being advertised in a Super Bowl, but most of the companies don't even have that—their advertisement is just worthless for their business and therefore useless.

Viewing it from the perspective of the consumers who watch a Super Bowl, I think they can get something out of it as well. Watching an advertisement is, after all, not always boring—some adverts are funny and entertaining.

But on the other hand, most people do not watch a Super Bowl to watch an advertisement. It's just there in between all those exciting moments of the game.

No, A.I.s will not replace creative humans. Creativity is far too complex for that. When we try to explain our creativity, the best explanation we can come up with sounds more like magic than anything else.

I think we can all agree that artists are creative, but just how do they manage to create things like paintings and sculptures? How exactly does an artist imbue a piece of stone with their personality and emotions in such a way that other people find it beautiful? What is the main ingredient of creativity?

I have no idea. It is a mystery to me, but it seems like creativity has something to do with the imagination and experience of the artist.

When we try to create a truly novel piece, it feels like magic. It is as if we are not aware of all the steps that lead to success. It seems like something happens when our creative mind and body get together to do their thing.

A.I.s will never be able to replicate such a complex process. We can create all sorts of random pieces using machine learning, but they will never materialize into something beautiful and meaningful. At least not until we get some sort of A.I.-mind that can use imagination and experience.

True, A.I.s have a good memory and can remember lots of facts. They also learn things quickly, but they have no imagination or experience to rely on. 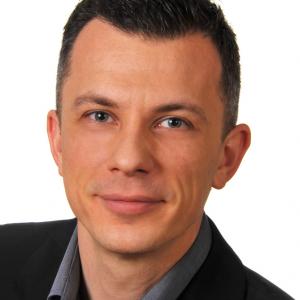 Ivan Raszl
@iraszl
Ivan Raszl is vp of product operations at the Clio Awards and founder and editor of Ads of the World.
More from Ivan Raszl