The Unpolished Era: How Algorithm Awareness Is Rewriting the Rules of Social

The pendulum has swung. Don't expect it to swing back

Do you remember when you first encountered Fast Food Twitter? It felt unhinged. It felt risky. But soon, hamburger mascots swapping postmodern quips about depression started to feel stale. Other brands joined the party and the content became increasingly contrived—which ruined the fun.

Today, we're seeing this cycle play out at scale. People demand authenticity everywhere, not just on Fast Food Twitter. We're increasingly suspicious of anything that looks polished or planned—especially online, and especially from brands. This cultural shift will only gain steam in 2021, creating a new brand playbook for what works on social. And what doesn't.

This makes sense for a year where our work uniforms came to include sweatpants and our offices often doubled as our bedrooms. Maybe people needed a surge of transparency in 2020, and soon we'll get back to normal. But I don't think so.

We see behind the curtain now.

The realness we've demanded online has extended to the way we talk and think about the role social media plays in our lives. People swap jokes about the "FBI agent" who monitors activity on their phone: "How did my FBI agent know I was looking for toothpaste?!" TikTok users discuss being "on alt TikTok" or "on Harry Potter TikTok." They interact with content deliberately, attempting to change how the algorithm serves up information.

Our filters for manipulation have become more sophisticated. Though people joke, they're suspicious. We live in a cynical America, where trust in systems is at an all-time low and documentaries like The Social Dilemma have directed that cynicism to social media. We used to live for Wendy's snarky Twitter one-liners. But today, attitude alone isn't enough to keep us hooked.

Perfectly scripted messages, especially from brands, put people on the defensive. That's why what's happening on social today is more than a surface-level embrace of scrappiness—it's a paradigm shift. In transparency, we see the comforting evidence of truth.

So, what does this mean for brands?

Authenticity on social platforms has always been a fine line for marketers: How branded should we be? How should our voice change? Ultimately, brands today need social creative that allows people to put their healthy skepticism aside, and engage emotionally with a message.

There are a lot of different ways a brand can do this well. Netflix uses multiple accounts to give different voices to different parts of its business. It acknowledges that it's a brand—and we laugh along. The Los Angeles Chargers borrow language and emoji conventions to make captions and tweets feel spontaneous. The Cut "breaks the fourth wall" and acknowledges its audience in captions and stories, making social feel like an extension of its editorial voice.

As we hurtle into whatever the rest of 2021 may bring, brands should give more creative freedom than they're comfortable with—to their accounts, and to the influencers they work with. Social content should feel radically individual, not rigidly on-brand. And as always, brands should move fast on social or not move at all. Remember the TikTok sea shanties? Me either. That's so last week.

This year, the pendulum isn't just swinging away from polished. It's staying there. Welcome to a new era of social media—are you ready? 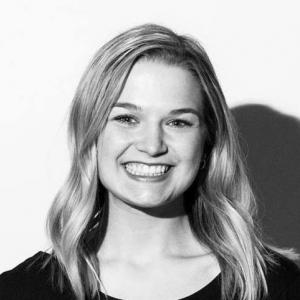 Rachel Benner
Rachel Benner is a strategist at Giant Spoon, a full-service creative organization obsessed with culture and driven by insatiable curiosity.
More from Rachel Benner