Meme-ology: 3 Lessons From Meme Culture for Brands in Social

The evolutionary process behind the spreading of ideas

In a world of engagement-seeking advertising, memes are all too tantalizing. And they should be. They're too good to be true. Memes are inside jokes that the entire internet seems to collectively agree to use, and when one becomes popular, it's never alone. Memes seem to descend from some hidden internet elite who dictate what's cool and what's not. As of seven minutes ago.

But like many things that seem to fall from the heavens, the evolution of memes is a bottom-up, emergent process. In fact, the word "meme" was coined by evolutionary biologist Richard Dawkins in a book called The Selfish Gene. Dawkins uses the term to draw a parallel between the initial replicator of the gene, the most basic unit of DNA, and the way ideas spread.

A meme, Dawkins tells us, is a unit of an idea or a unit of culture:

"Examples of memes are tunes, ideas, catchphrases, clothes fashions, ways of making pots or of building arches. Just as genes propagate themselves in the gene pool by leaping from body to body via sperms or eggs, so memes propagate themselves in the meme pool by leaping from brain to brain via a process which, in the broad sense, can be called imitation."

As advertisers, we are in the business of memes. At the core of each of our strategies is a set of memes—our product is better, our brand is more relevant, and so on. Our memes just don't spread quite as naturally as the internet content we typically dub "memes." Regardless, there is an evolutionary process at work in communal meme pools like social networks, and that process contains a wealth of wisdom for us to unlock as advertisers. 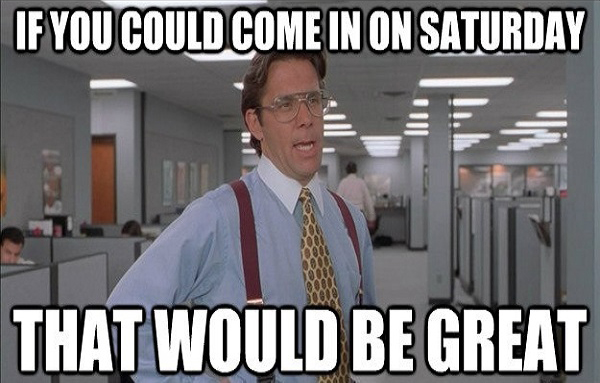 Internet dorks of the early 2010s probably recognize this meme format. It was incredibly consistent in anonymous online communities like Reddit, 4chan and Imgur for years, and the format is no accident. The format of a piece of content is just as important as its message.

If you've seen this scene from the movie Office Space, you can imagine the experience of watching it as a YouTube clip. But watching a YouTube clip is a relatively high barrier to entry for you right now. If you're on your phone, you'd have to put in your earbuds. You'd click away from this article, stop your train of thought, and hopefully come back rather than following a cute puppy down a YouTube rabbit hole.

But as a meme—as blocky text on top of an image—I was able to conjure that sentiment from a familiar, common context. And that blocky white font with a black outline is no accident. It's called "Impact", and it can be read on nearly any background. Don't use it anymore, though—it's out of vogue. 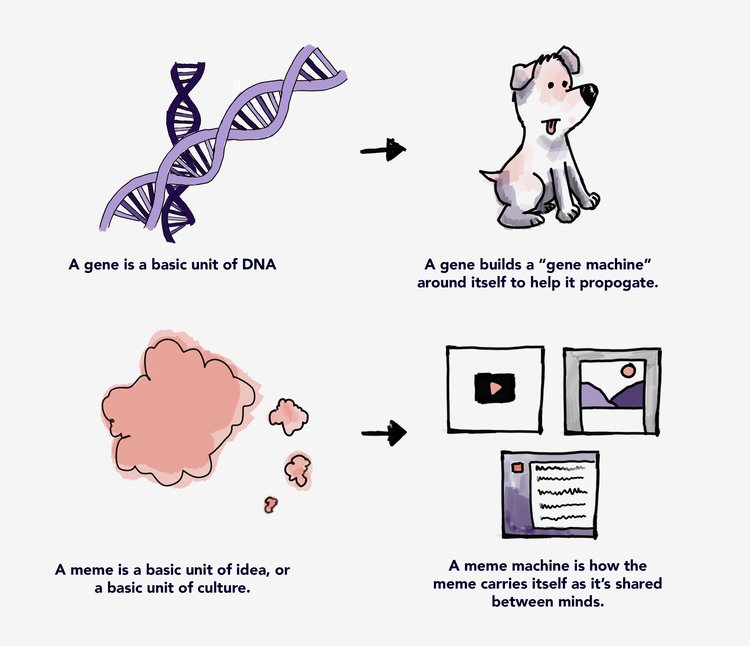 In The Selfish Gene, Dawkins reframes concepts like "survival of the fittest" to be more about individual genes working to replicate themselves into future generations than individual survival. Dawkins says we can think of plants and animals as the machines that genes build around themselves to propagate in more competitive environments—"gene machines."

Similarly, every meme is communicated through a "meme machine"—the format through which we deliver our ideas. The first meme machines were things like spoken language and writing, but today there are a huge number of potential formats in which our memes can live. As advertisers, we tend to default to video as our meme machine of choice, but that's not always the most efficient way to communicate a message.

If our goal is engagement, we should first ask ourselves, "How does organically successful content look in this space?" Are top posts videos? Photos? Infographics? Gifs? Is writing shortform or longform? Badgeworthy or useful?

If we suit the meme machine to the environment, our meme has a much greater chance at surviving and propagating. 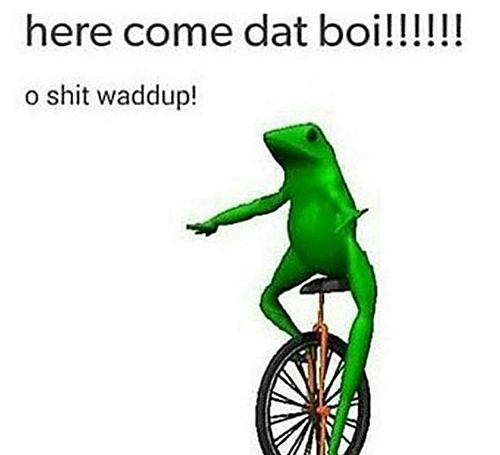 When a frog sitting on a unicycle becomes the new hot meme format, we might think, "That's dumb." And it may well be. But the truth of the matter is that the meme has proven its viability—and without knowing you or your brand, I'd wager Dat Boi drove orders of magnitude more sharing than your last ad campaign (o shit waddup!).

Dawkins provides us with a relevant thought exercise here. He tells us to imagine that we want to release a glow-in-the-dark frog into a new environment. We can either create a new frog from scratch and hope we don't miss any subtleties of frog evolution in that particular environment. Or we can take a frog from the environment and infuse it with our glow-in-the-dark genes.

Whenever possible, use the evolutionary process to your advantage. Adapt the meme machines that are organically popular rather than creating your own in a vacuum. Give your frog a chance to survive. Put him on a unicycle.

Whether or not your brand aspires to engage in meme culture, the evolutionary process of meme selection carries important lessons for brands in social media. As strange as they may be, memes are anything but random. By observing the emergent process by which memes become popular, we're better equipped to demonstrate our relevance, drive more engagement and capture more attention. 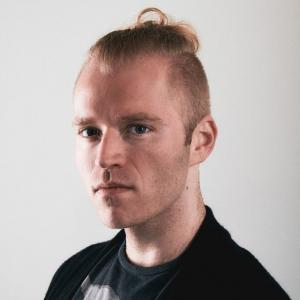