Meet Kami, the First Virtual Influencer With Down Syndrome

What's the currency of inclusion in a space defined by marketability? 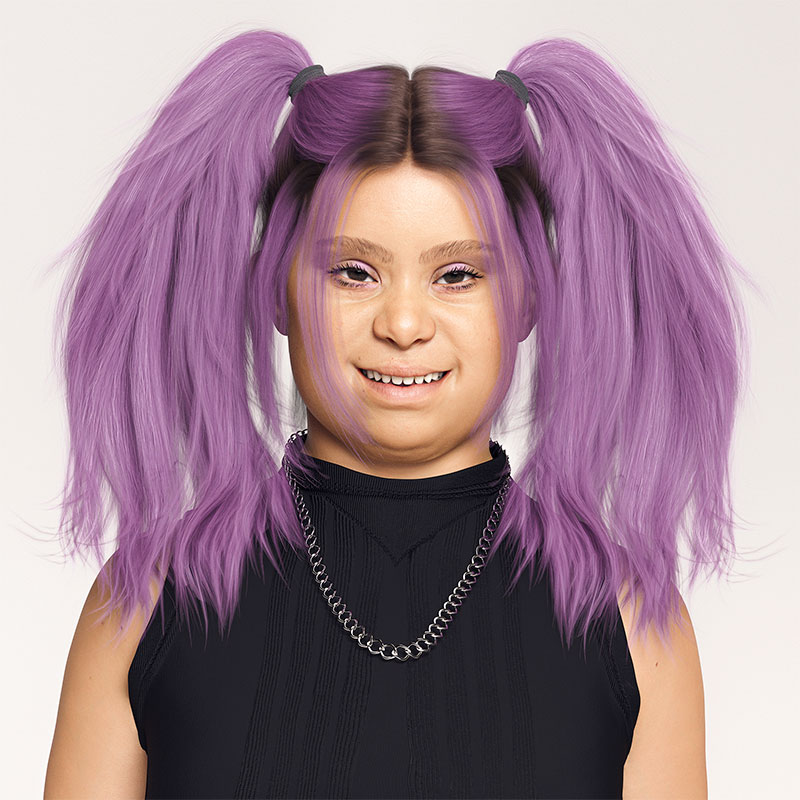 In partnership with Forsman & Bodenfors and global digital modelling agency The Diigitals, Down Syndrome International (DSI) is introducing the world to the first virtual influencer with Down syndrome.

Her name is Kami.

The virtual influencer industry isn't all that new, but it's only in recent years that we've seen brands become engaged by their potential. The Japanese virtual influencer Imma, for example, has cut deals with Ikea and Magnum ice cream. Imma looks practically real; with Ikea, she was able to cross from the digital world into the real one.

But there's also a lot of concern about what the future of virtual influence looks like. Some worry it could create even harder beauty and comportment standards than exist already; it's a non-existent person, under complete control of brand or production interests, who never ages, acts up or has to sleep. Others have observed that efforts to make virtual influencers "feel" authentic—by giving them traumatic backstories, or tying them to causes—creates a weird ethical dilemma. If beings are created with intent for a market, should they be designed to draw sympathy from, or galvanize, us?

Kami, short for Kamilah, is an interesting interface to all these questions. Down Syndrome International is not a corporate entity. It doesn't seem that the function here is to attract sympathy; instead, it suggests a different possibility—that the strange world of virtual influence can function in the service of more diversity, not less, in the public sphere. Her name was chosen because it means "perfection," conveying the sense that Down syndrome is not a flaw or a mistake; Kami doesn't need to be fixed.

"I think eventually, Kami should be for everyone, and I'd love for her to be someone any girl can look up to," says Russell Watkins, DSI's fundraising officer. "We hope to see her among everyday life without being challenged for why she's there. She should be present because she's amazing rather than because she has Down syndrome."

The idea came from F&B Singapore, responding to DSI's desire to bring fuller inclusion to people with Down syndrome. Her Instagram account, @itskamisworld, operated as a pitch for the idea before today, featuring the words and faces of real women with Down syndrome.

It was a composite of such women all over the world that gave birth to Kami. Over 100 portraits were chosen and aligned, then put into a face-averaging program, resulting in a single image. Daz3d, a 3-D character creator program, was then used to generate Kami's final concept and form.

So she's not just a single entity; she's a representative platform for real people. 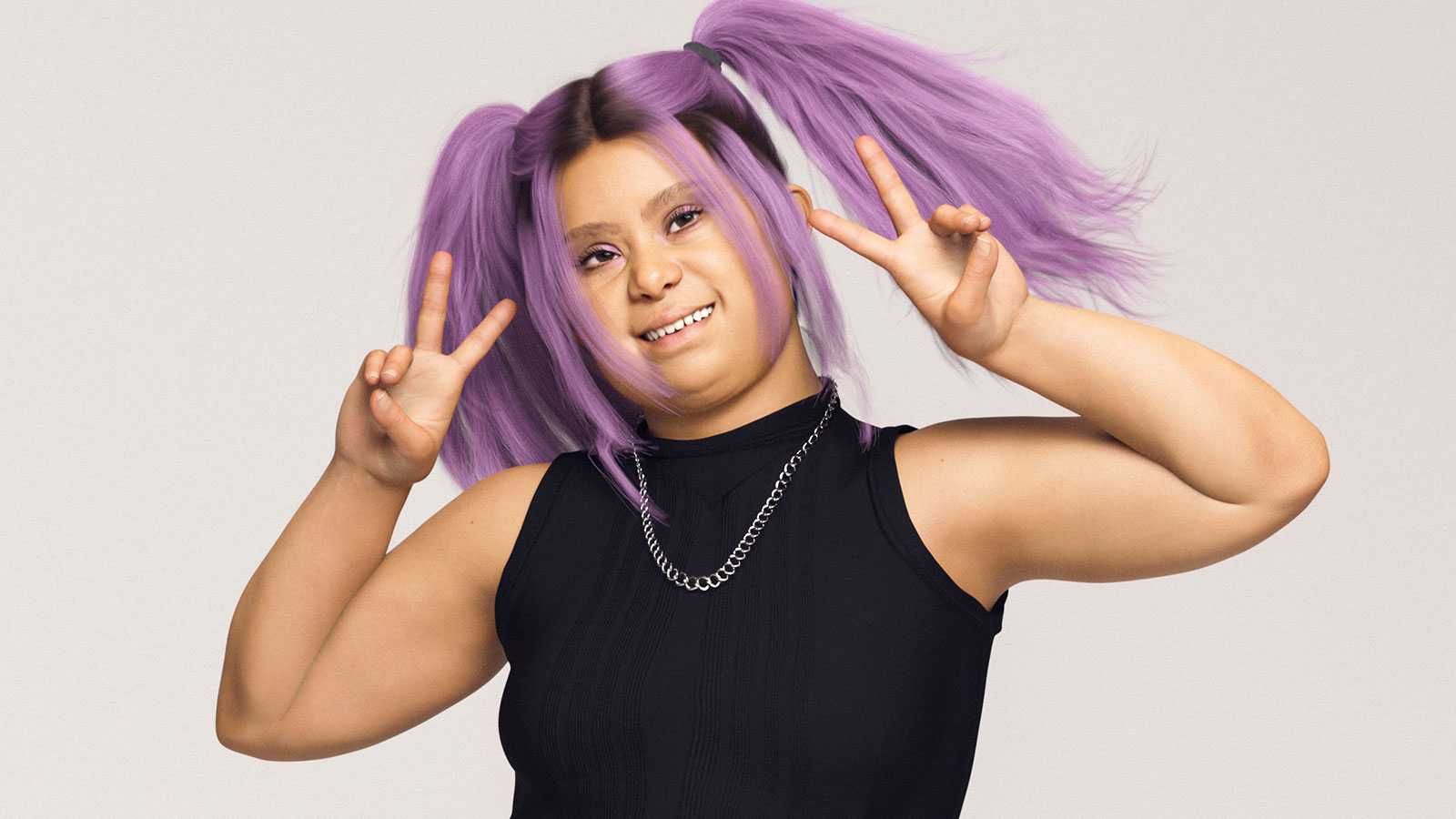 Cameron James-Wilson, founder and CEO of The Diigitals, says that, in addition to collaboration with the Down syndrome community, machine learning was critical to creating an authentic and representative 3-D character.

"Generating the initial concept of Kami from an algorithm, more than the touch of a human hand, eliminated any notion of unconscious beauty bias in the character creation process," James-Wilson says. "We really wanted Kami's DNA to represent all the faces and aspects of these women with Down syndrome, which the program allowed us to do."

Once they had a prototype, Kami's human features were designed—including microfiber eyebrows and lashes, and realistic skin textures. The 3-D avatar can take on multiple forms and be imported onto different platforms. Women with Down syndrome also contribute to her physique, gestures, voice and personality.

From today, Kami's Instagram will operate like any other influencer 'gram. She'll share details from her daily life, including her friends and interests; what she likes, and what her quirks are. Hashtag #TheKamiPledge will be used to help her spotlight others with Down syndrome in the digital space.

"In a world filled with pixel-perfect virtual models, creating Kami is a way to completely reframe Down syndrome in the online space," say creatives Rachel Kennedy and Firrdaus Yusoff of Forsman & Bodenfors Singapore. "We want to make it impossible to ignore Kami and everything she stands for. As we get to know her, Kami's true potential will depend on how the world embraces her in her virtual form."

"Creating characters like Kami signifies a challenge to the many layers of digital interface that currently lack inclusivity," James-Wilson concludes. "We need to address some of the glaring problems in this space and build the online world we want for the future."