Kubrick: The Harbinger of Deepfakes

Our hopeful, uncertain future with A.I.

With opening of Doctor Sleep this past weekend, we are reminded of the visionary genius of Stanley Kubrick. His powerful impact on art, technology and, yes, even humanity itself remains.

Perhaps his most profound contribution was his science-fiction masterpiece 2001: A Space Odyssey, which was produced in 1968 and was based on the novel (and previously, the short story "The Sentinel") by Arthur C. Clarke. The film explores human evolution, existentialism and, notably, artificial intelligence.

It's a beautiful movie with a keen scientific realism, special effects far ahead of its time and a narrative construction with as little dialogue as possible. For example, satellites and dancers intermingle to the strains of "The Blue Danube." This is pure visual poetry about the relationship between man and technology.

In many ways, this piece of art inspired today's technology, which is now inspiring today's "art." But more on that in a moment.

One of the film's main characters is HAL 9000, a simple red lightbulb with artificial intelligence. It was as smart as—or maybe much smarter than—the spaceship's crew. Kubrick believed highly intelligent computers could learn from experience and would inevitably develop emotions such as fear, love, hate and envy. These machines, he said, would eventually display human mental disorders.

HAL stands for "Heuristic ALgorithmic." In computer science language, "heuristic algorithms" are artificial intelligence techniques applied to high theoretical complexity problems that cannot be solved with conventional programming techniques, particularly those of a purely numerical nature. That is, everything that entails a more complex, analytical, emotional, sentimental understanding is involved in a heuristic algorithm. HAL was science fiction.

Now in real life, it is more than 40 years later, and we have artificial intelligence solutions literally in our hands. Apple's Animojis, Siri, Alexa, Google, etc. HAL 9000 was the inspiration for them, the grandfather of all these beauties out there.

If a system can learn from emotional touches and refinements, as Kubrick predicts, it begs the question: Will we have a moment when the evil power of these A.I. applications takes hold? One only needs to look at deepfakes to wonder what's next.

Deepfakes are the application of artificial intelligence technology to create extremely realistic but fake videos. These are videos in which personalities seem to be delivering speech that conveys the opposite of their political point of view or in which they are put in awkward situations. It is not basic editing. It is an almost real video created with artificial intelligence that captures the person's facial expressions, feelings and emotions.

In the age of information and fake news, deepfakes can have a destructive impact on the image of individuals or corporations. Barack Obama has been a victim. In a deepfake video, he calls Donald Trump "a total and complete dipshit." The video looks very real. It was completely produced, however, with deep learning from artificial intelligence by Jordan Peele as an experimental video to create impact around the world. (And this was 18 months ago—the quality of deepfakes has improved drastically since then.)

As a creator myself, this gives me pause about what we will see in the next 40 years. I can only hope that with all of the continued rapid advancements, we will all have more soul than HAL 9000 and all of his offspring.

While there is so much technology can do, it's important to remember the humanity of it all, the inspiration that we as artists can and must provide. Otherwise, we run the risk of truly living within a Kubrick-ian nightmare. 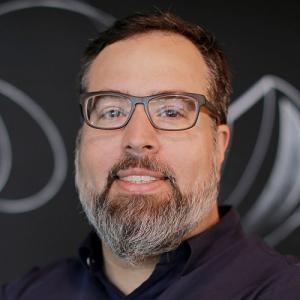