Inside Johannes Leonardo's 'Yours to Make' Film for Instagram

The creation of a perfectly imperfect brand anthem

Late last month, Instagram unveiled a new brand platform, themed "Yours to Make," anchored by a 95-second film from Johannes Leonardo. While the debate intensifies around the social network's troubling effect on teenagers' self-esteem, the "Yours to Make" campaign emphasizes the positive effects Instagram may have on identity.

" 'Yours to Make' showcases how you can explore who you are with Instagram," the brand says in a blog post. "For young people, identity isn't defined, it's something that's constantly explored—whether that means connecting more deeply with the people that matter to you, discovering and experimenting with new interests, or sharing your perspective, however work-in-progress it may be."

JL's film offers a theatrical, stylized vision of such exploration—with young people seen against black backgrounds, experimenting, through the app, with themselves and their communities.

To learn more about the campaign, Muse spoke with JL group creative directors Jeph Burton and Hunter Hampton about the creation of the film and the agency's partnership with Instagram and the CreativeX team.

Jeph: Instagram and the CreativeX teams are some of the smartest, most imaginative marketers out there. As ubiquitous a product and brand as Instagram is, narrowing in on its unique benefit of helping its consumers discover who they are and can be was a Herculean effort.

Hunter: We couldn't have asked for better partners.

Tell us a bit more about the insight behind "Yours To Make."

Jeph: The world is going through a collective reappraisal of who we are, who we can be, who we want to be. Perhaps the hardest-hit by this cause for self-reflection, this urge to figure out what this weird world is and where you want to craft your place in it, is the generation that is coming into their own now.

So when you pause and think about the enormous role Instagram plays in our lives—from connecting us to art, music, styles, causes and all the people behind them—you really begin to see its importance. How it informs your interests, niches, your points of view.

And then it hits you—that we're all just figuring it out as we go along. No matter whether you're in college or reaching retirement, who you are, who you can be, is really and truly "Yours to make." 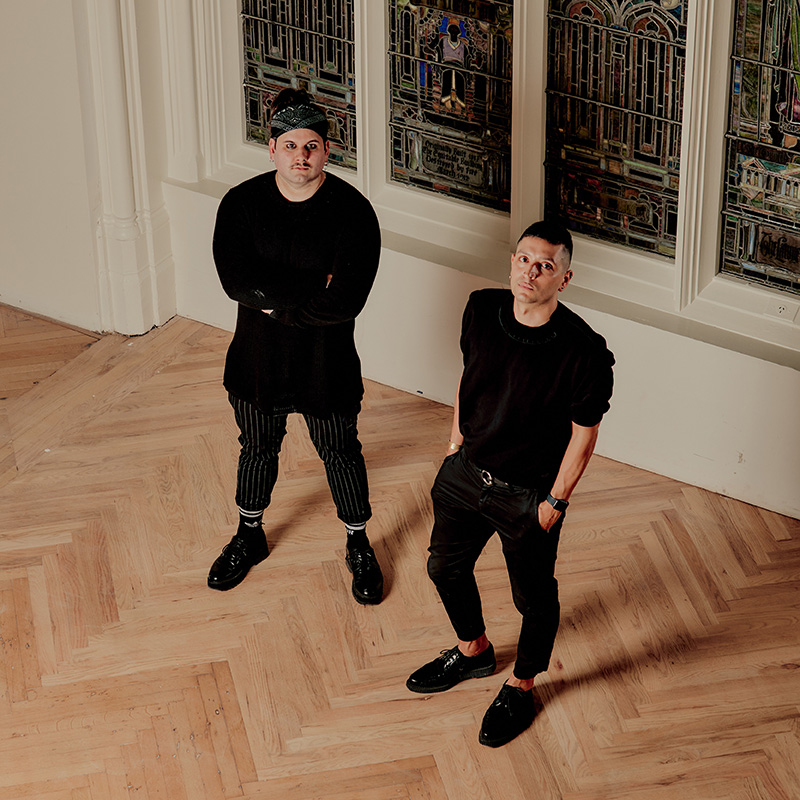 How did you come up with the idea for the execution (production, etc.)?

Hunter: We wanted to bring to life a ritual we all do: raise our phones and shed light on what we come across that's interesting or inspiring to us. These videos and images captured with our phone's camera—whether a performer at a concert, a close friend, a weird interest, ourselves—shows and shapes the world into who we can be.

Jeph: "Instead of running the usual manifesto or song with repurposed lyrics, we tried an experiment: We turned our soundscape into a sonic portrait of what our audience is thinking about, what's keeping them up at night, or inspiring them.

We conducted over 40 interviews, asking our cast to not only respond as truthfully as they could, but to also ask what was on their collective minds, and made an auditory collage that became an exchange of curiosities and ideas. The result turned out so much more emotional, real, and charming than we thought it would be.

It felt like a project realized with super ambitious, maybe slightly naïve friends—not a commercial. Maybe that's because ultimately, that's what it is.

Directors Jason Sondock and Simon Davis of rubberband brought a sincerity to the camera that was so special to us. You feel the bumps, the permission to go left-of-center (literally), the imperfections. Perfect is boring. And we wanted you to see that if you had enough time, enough ingenuity, you could maybe make this, too.

Hunter: One thing we're extremely excited about is this idea of the "phone-out"—an idea born from Iwan Zwarts and the team at Blacksmith, who were initially going to do a film-out, but as the film came together, realized a new idea of embracing what it feels like to view something on digital surfaces and leaned into that.

If you look carefully, you'll see not only the pixelation of a phone, but also the fingerprints, the smudges here and there, that catch the light. It was instantly something new. Another layer of honesty. Another surprise.

What's your favorite part of the film?

Jeph: The soundscape is my favorite part of the film. We genuinely got to know this talented, creative group of people—not just put them in front of a camera, but put them at the center of the story we were telling. It's so much more authentic than anything we could've written. So much fresher than just a track to do our heavy lifting. We've always said that the best creative work isn't just communication, it's contribution—and that's what this feels like.

Hunter: It's the range of ways the camera is treated for me. Sometimes treated as roughly as our phones are, getting swiped by hands or dropped, then going to beautiful smooth moves. The play there, and jarring perspective shifts, really boosted the exploratory energy.

Hunter: There was so much was happening between multiple photo and video shoots. At one point the monitors were divided across four feeds of things happening in different corners of the lot. It was such beautifully organized chaos, and honestly the more run-and-gun energy really lended itself to variance among the final assets that gives this campaign more of the breadth you experience on the platform.

Hunter: We're all feeling a lot of energy behind the campaign and what we can do next, but how the world views, uses, and experiences Instagram changes daily. Whatever we do next will be an effort to inspire with even more of what we think makes the platform worth 1 billion-or-so people's time every day.

Jeph: Without giving too much away, this is the first step in outlining the brand ambition. In the coming months and years, "Yours to Make" will continue to expand on how we figure out who we are, and who we can be, in the most surprising, honest ways possible.