Inside GALE's 3D MilkPEP Billboard for the NYC Marathon

Picking women from the street for Team Milk 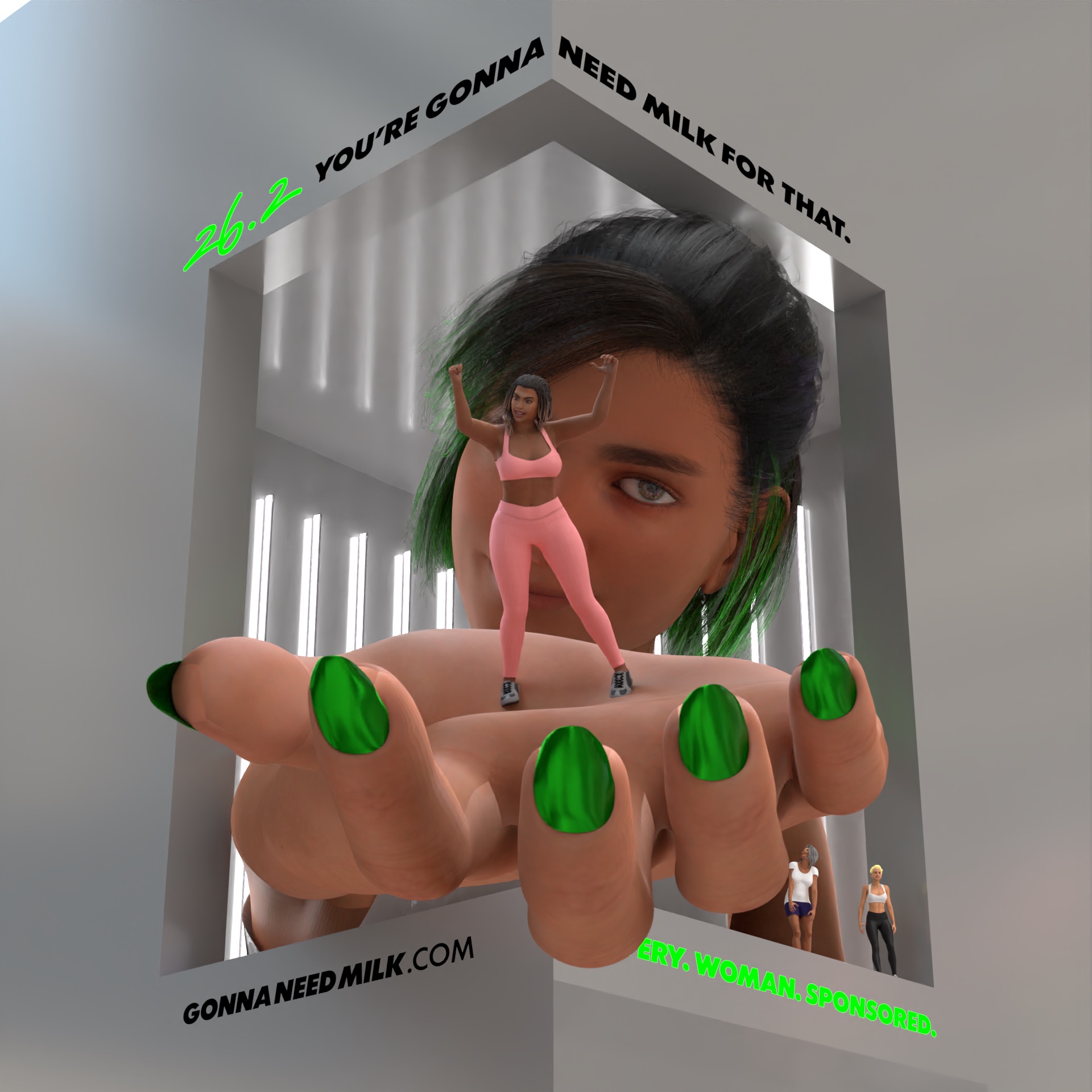 In a world where male athletes usually take center stage, MilkPEP and GALE partnered to direct the spotlight to women for this year's New York City Marathon.

The integrated campaign launched with an outdoor campaign on popular NYC running routes encouraging women to sign up to #TeamMilk to be sponsored by MilkPEP during the race. The initiative saw MilkPEP, which represents all U.S. milk processors, sponsor more than 2,000 runners and also match each registration fee with a donation to Girls on the Run, an organization dedicated to empowering young girls through running.

To complete the month-long campaign, MilkPEP tapped GALE for an eye-catching outdoor activation, leveraging the latest in 3D technology to pick Team Milk runners from the streets of New York, literally.

Below, GALE creative director Andre De Castro offers a look into the use of 3D technology, the challenges and what we can expect to see in the future.

Muse: What led you to select the 3D billboard as part of the campaign?

Andre De Castro: Instead of sponsoring the NYC Marathon, we decided to sponsor every woman running the marathon. As "unofficial sponsors," we've had to find out-of-the-box ways to get our story out there. A 3D billboard felt like a great way to break through the clutter and get noticed.

What was the creative idea?

Every. Woman. Sponsored. That's the idea behind the campaign and the billboard. We wanted to create a clear visual that embodied our goal to sponsor every woman running the marathon in NYC. So, we came up with a woman reaching out and getting other women to join her and #TeamMilk.

Tell us about the process from ideation to creation.

This was a collaborative effort. Once we landed on the idea to use a woman bringing other women onto the team, and literally into the billboard, we had to figure out what this was going to look like, what's the scale, what's the action, etc. The team began by filming the protagonist's performance and motions. This informed our timing, which informed our storyboard. Then, we laid out all the different elements of the setting and characters—in fact, we based the runners in the billboard after real Team Milk members and made sure to scale the women to the actual height of the women from a street view. After we agreed on a story, we got in touch with the incredible Mack Lawrence of Mack Lawrence Studio to help us bring our vision to life.

What were the challenges/setbacks during the process?

We learned that when it comes to 3D billboards, one of the most important parts is making sure that the math is right. We had to design it at the exact angle that most people on the street will view it, ensuring that the 3D illusion is as impactful as possible.

For our board, we also used a proper HDRI of the environment where the billboard lives. This means getting a sphere of everything in the area around the billboard to make sure the lighting and reflections on our 3D elements were accurate to that specific environment.

Additionally, motion-capture techniques, which are those motion-sensor suits, didn't work well for us in this case since the movement was confined to a very small space. The team at Mack Lawrence Studio ended up having to manually animate the entire piece.

Which partners did you work with?

Mack Lawrence Studio. They brought their expertise and creativity to the project and were great collaborative partners in helping us achieve our vision in record time.

How does this ladder up to the wider strategy for 26.2?

The wider strategy for 26.2 is to keep reinforcing the power of milk as a performance drink; it has been fueling athletes and helping people perform for centuries. Running 26.2 miles? You're Gonna Need Milk for That. The campaign also joins a series of initiatives that reinforce milk's commitment to gender equality in sports.

What opportunities does the medium present in the future for brands?

This medium has the power to captivate and enthrall, to create one-of-a-kind immersive experiences. To put the viewer in the center of the action. Once this tech becomes more accessible, we'll see more amazing stories being told. Mack Lawrence has an interesting perspective: "Meta and VR are developing at a rapid pace. The companies that are able to implement that immersive feeling and connect the two worlds in real life versus a digital platform will have the most impact."

What's one bit of advice you'd give to others looking to leverage 3D outdoor technology?

Tell intentional stories, built for 3D tech. It's a great opportunity to make something unique by leveraging creativity and putting your campaign in a whole new light. The overall goal is to make the viewer feel like it is real, and they play a part in it.