The Future of Streaming Ads

And why reaching elusive audiences still won't be easy

Over the past few months, as both Disney and then Netflix announced their plans to introduce ad-supported versions of their service this year, it would be an understatement to say that brands are excited.

It's certainly understandable. For nearly a decade, marketers have been fearful that a growing segment of media consumers (particularly Netflix users) were permanently off limits.

So who wouldn't want the opportunity to reach part of these streaming platforms' huge, highly engaged audiences?

While these two entrants, as well as the HBO Max ad tier, are a big step forward for the nascent but fast-evolving connected TV ad market, a bit of a reality check is also in order.

While being among the first brands to engage with HBO Max, Disney+ and Netflix is clearly desirable, and valuable, the broader macro trends have not changed. While streaming overall continues to grow as linear TV declines, it remains to be seen how big of a market the ad-supported subset represents. And given that these services plan to limit the amount of ad space they offer (four to five minutes per hour, compared to 20-plus in linear TV), we are not about to see a return to the day when brands could make deals with a few top broadcast networks and reach the majority of the country in a fell swoop.

Television advertising is becoming more robust, but also more complex. Marketers will likely need to work even harder to reach the demographics they care about. As a result, the need to experiment, innovate and test across a wide range of platforms and services only promises to increase.

On that note, even as the streaming ad market expands, it is unlikely to satisfy the needs of every brand, particularly those aimed at Gen-Z. Indeed, younger consumers are far more creator-centric in how they engage with media, often favoring direct relationships with brands and talent across social platforms over having favorite "channels" or lineups.

So, how should marketers approach this emerging landscape?

Lean into the fact that TV ad buying will require more data science and creativity than in the past.

Of course, we expect many brands to continue to view connected TV as a means to replace lost linear ratings. Opening up portions of Netflix, Disney and other platforms audiences should help. That doesn't mean we are going back to reaching tens of millions of viewers with a handful of spots.

Instead, buying TV ad campaigns will require stitching together audiences across an increasing number of outlets, many of which feature their own data and buying mechanisms. Brands are already seeking out new measurement partners to help, and this need will only increase.

At the same time, developing branded content remains crucial for reaching people who opt for ad-free streaming. In fact, the most successful brands will likely find themselves in the content development business if they truly want to break through to these viewers.

Think both streaming-first and talent-first.

Nicholas Kolcheff, better known as Nickmercs, is one of the most popular esports influencers in the world, boasting 6.6 million followers on Twitch and another 4 million on YouTube. His dedicated fans don't care about distribution, or formats, or whether his "show" has 22 episodes or traditional ad pods—they follow him from platform to platform. That connection can translate to significant commercial power, if channeled the right way. As a testament to that, Under Armour tapped Nickmercs to serve as a global ambassador, along with sports megastars Tom Brady and Steph Curry.

If that weren't impressive enough, Nickmercs was also recently chosen by Apple to become a global ambassador for Beats by Dre.

These particular brands are selective, so it says something that they entrust Mercs to both represent their name and drive real business results. Not every marketer can ink these types of landmark partnerships with an already well-established creator, but there's no reason to wait. Now is the time to be on the lookout for tomorrow's Nickmercs. At this point in time, consumers are more inclined to follow and grow up with creators as they shift from platform to platform and format to format. Rather than solely "sponsoring" shows, channels or individual videos, brands need to follow consumers' lead. That likely means work with "talent" in a partnership capacity, ideally early on.

While this approach perhaps will never be as straightforward as simply buying lots of TV ads, there is a massive opportunity in front of brands to co-innovate with talent and the next generation of media companies—building the marketing vehicles of the future together. 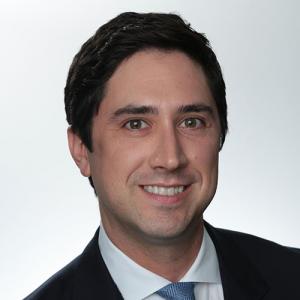