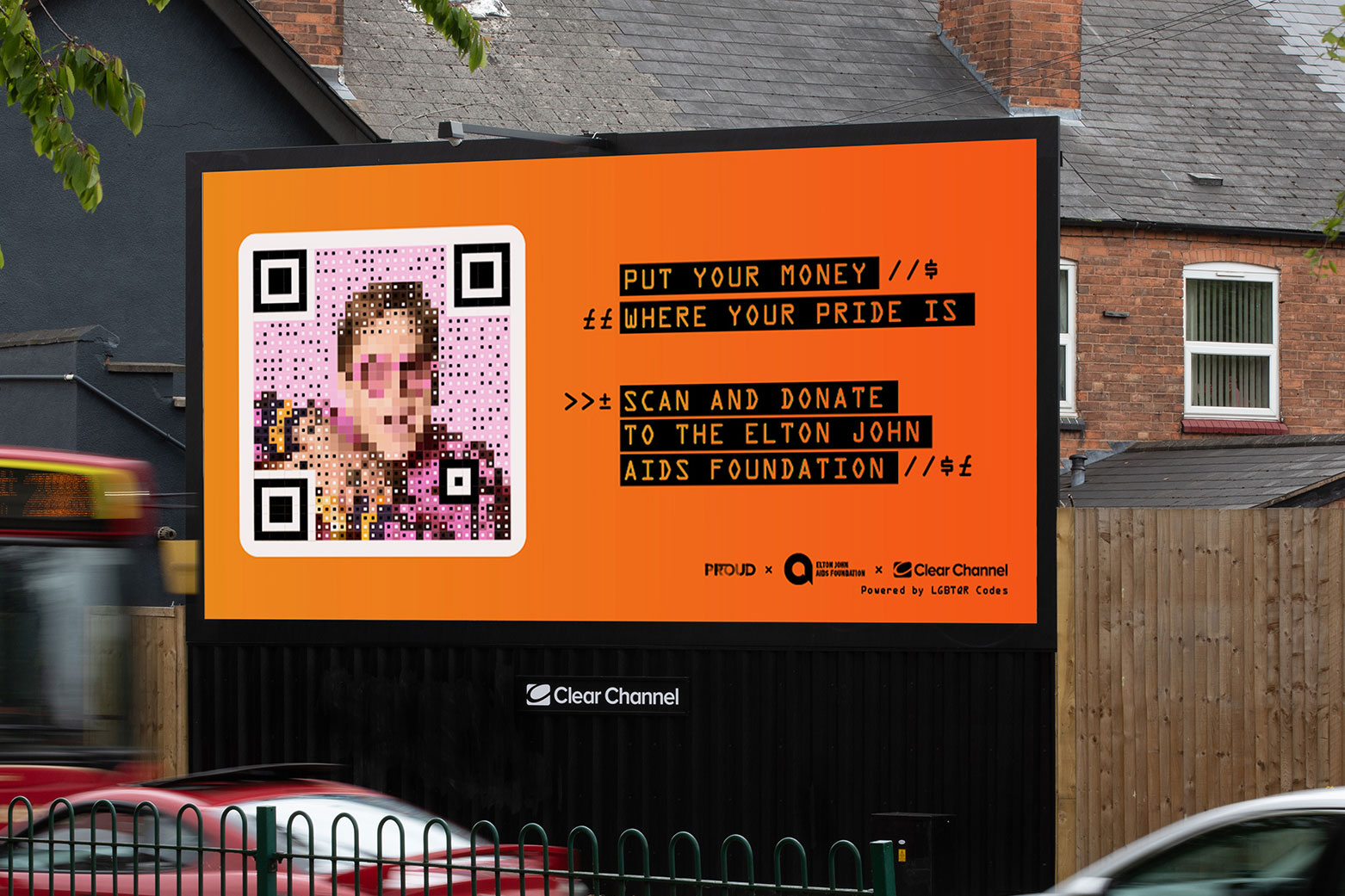 The Rocketman is now a QR code.

Or, more specifically, an LGBT-QR code that passersby can scan to donate funds to The Elton John AIDS Foundation. With the help of Ogilvy U.K. and Clear Channel, thousands of digital out-of-home screens throughout the U.K. and Europe are now fundraising vessels featuring the iconic rocker's face.

"We wanted to find a new way to use out-of-home as a force for good during Pride and move beyond just saying a message of support and try to do something more action oriented and innovative," says Matthew Waksman, brand strategy partner at Ogilvy U.K.

"We would love to encourage people during Pride to not just support the moment but to take some positive action. We hope we raise awareness and donations for the EJAF and that in the long term we will develop a new fundraising platform with the LGBT-QR codes that can support important causes in a simple and beautiful way."

"Put your money where your Pride is," says each ad. "Scan and donate to the Elton John AIDS Foundation."

Even pixelated in front of a pink backdrop, John and his glasses are recognizable. The codes bring users to the foundation's donation page. The creative tech team at Ogilvy New York was in the process of developing a way to blend images with QR codes, so the U.K. outpost had a foundation to build upon.

The LGBT-QR codes will debut in Utrecht and Rome before a full launch throughout Europe.