A Creative Director's Inside Look at the Future of Mixed Reality

What Magic Leap is planning for spatial computing

Over two days in downtown Los Angeles earlier this fall, more than 1,500 people converged at LEAPcon, Magic Leap's eponymous event, to learn, share and see the curtain pulled far back on the mysterious company and its new spatial computing (read: mixed reality) headset, the Magic Leap One.

As a creative director, this event held more promise to me than any advertising conference I've ever been to, because the work they're doing represents both tangible and philosophical leaps (sorry) forward in physical and digital entertainment.

The tl;dr here is that now is the time to test and experiment. Magic Leap is post-nacency, pre-adoption—the goldilocks zone for new technology. And because its first consumer uses are likely to be in entertainment, history tells us advertising will follow soon after. Most likely experiences, followed by branded entertainment.

LEAPcon was about so much more than hardware. It represented a philosophical framework from which larger ideas, experiences and interactions can be created.

Many in attendance at LEAPcon believe that spatial computing is the future of human computer interactions, moving away from computer programs locked inside screen-experiences but happening in space around you, responding to your body and voice in lieu of a computer and mouse.

During the keynote, John Gaeta (SVP of creative strategy at Magic Leap) appropriately referred to this group of people as "The Frontier Crowd," while introducing the concept of the "Magicverse." I walked away from the event convinced he was right, that there is a new horizon where the relationship between computers and humans is going to be redefined and reimagined.

Magic Leap is often discussed in context of its hardware, with conversations focusing on display specs, sensor solutions and equipment size and weight. The hardware is impressive, but not without its shortcomings. It's going to get better, and quicker than we think.

But I've come to realize that debating the hardware misses the point a bit. What's required to make spatial computing a real deal in our daily lives is something far less tangible than a headworn computer.

Simply put, the Magicverse will be a layer of (mixed) reality that sits on top of the physical reality we exist in and move through in our day-to-day lives, and it outshines any hardware features or current apps for me.

It will enable networked, shared spatial computing experiences, leveraging architecture and the environment, the internet of things, and mobile to completely reform the way we engage with and create digital content.

This idea is not entirely new, and is sometimes referred to as the AR Cloud in other contexts. But I find the Magicverse is an interesting frame that takes the concept a bit further, as it also implies more about the feeling and opportunity of connected technologies.

What's Behind the Curtain

Building the Magicverse requires a shift in thinking beyond room-scale immersive experiences, moving from rooms, to buildings, to cities, and beyond. And so, our devices must be smarter, to understand their place, usage and opportunity in our physical world, and not just what's immediately near you but also the broader context of where we are.

Practically speaking, a mixed reality experience that is meant to be viewed through a window should play out differently on the 10th floor of a building than on the ground floor.

How? With the Magicverse, digital experiences are persistently tied to physical locations, ready to be shared and accessed by others. The digital world is built in parallel with the physical world, creating endless opportunities to redefine physical space through digital experience. 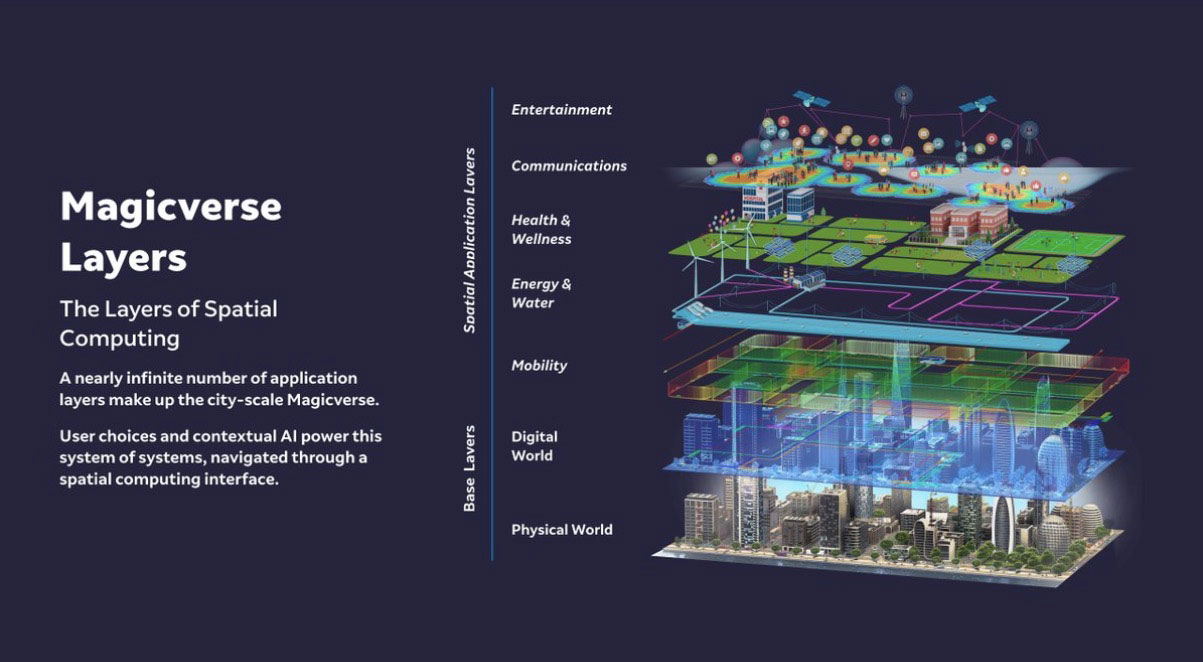 As with all emerging technologies, the big three (Apple, Facebook and Google) can be expected to solve the hardware challenges faster perhaps. We can only assume what hardware Apple may be developing in this space, but we can also feel confident there is something coming. The tremendous resources competitors have available won't hurt. However, Magic Leap's secret sauce will continue to be the conceptual framework for the how and why behind spatial computing. That sets them up to have far better philosophies, content experiences and user experiences when the hardware is finally "there," no matter where it comes from.

My bottom line: Magic Leap has shipped a dev version that allows people to begin to understand their vision for the technology, and it's high time agencies and brands begin developing around it.

As the hardware continues to develop, the industry is starting to shape the infrastructure, both technical and philosophical, that will help define mixed reality and spatial computing as a helpful, positive human development. 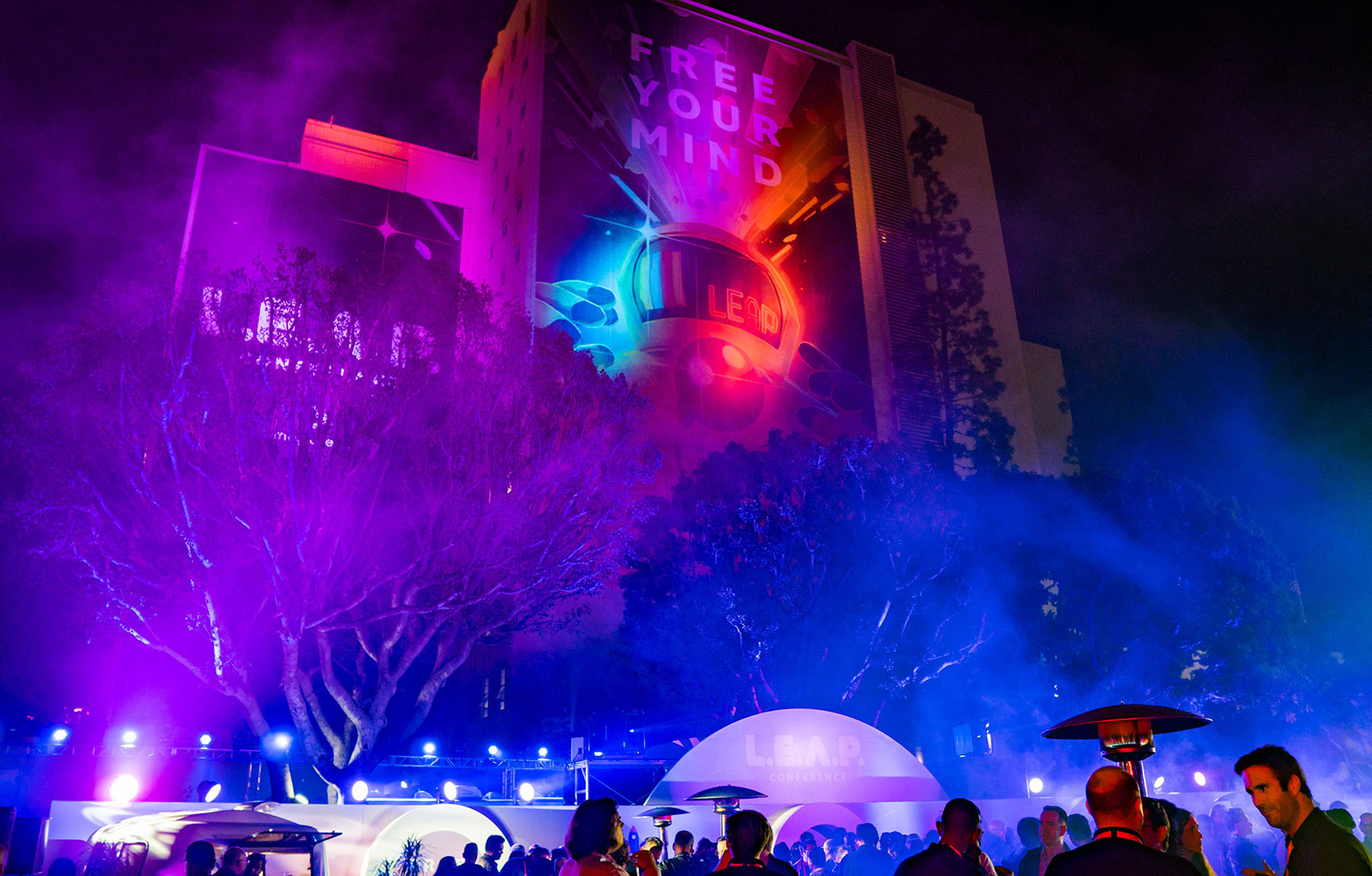 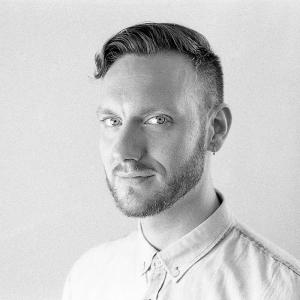