A Creative Director and an A.I. Made This Comic Book Together

These days, A.I. art programs are all the rage, and brands have begun to use them in high-profile campaigns. In some cases, however, purists balk at the trend, claiming the software's capabilities diminish human initiative and creativity.

Available for free download, the lavish 40-page "photo essay" channels The Wicker Man (mostly), plus Jon Pertwee-era Dr. Who, BBC eco-thriller Doomwatch, the oeuvre of Gerry Anderson and classic comic-book styles. It all hangs together, quite impressively, as Coulson spins a sinister tale of sea gods and strange rituals in a remote Outer Hebrides community circa 1973. 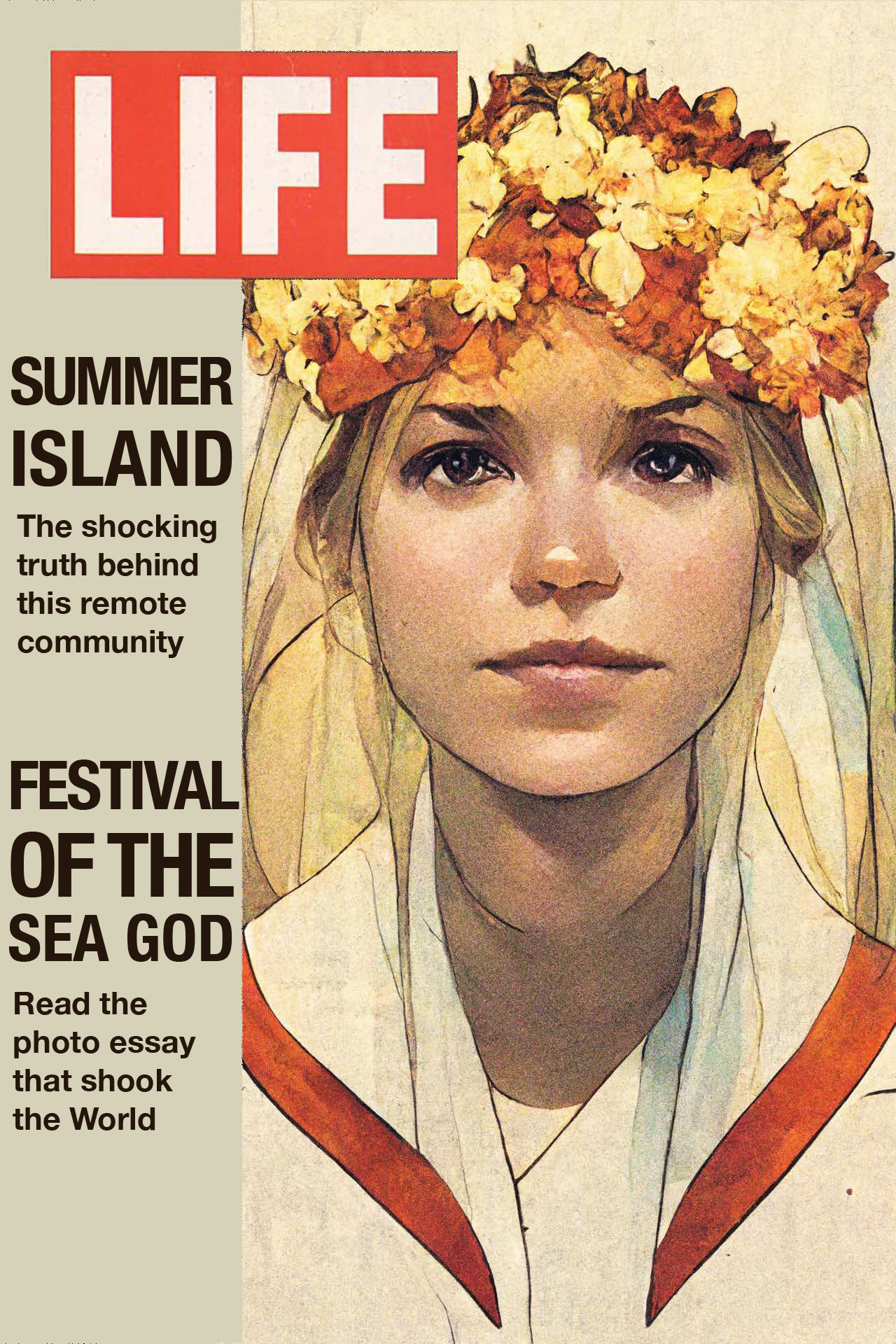 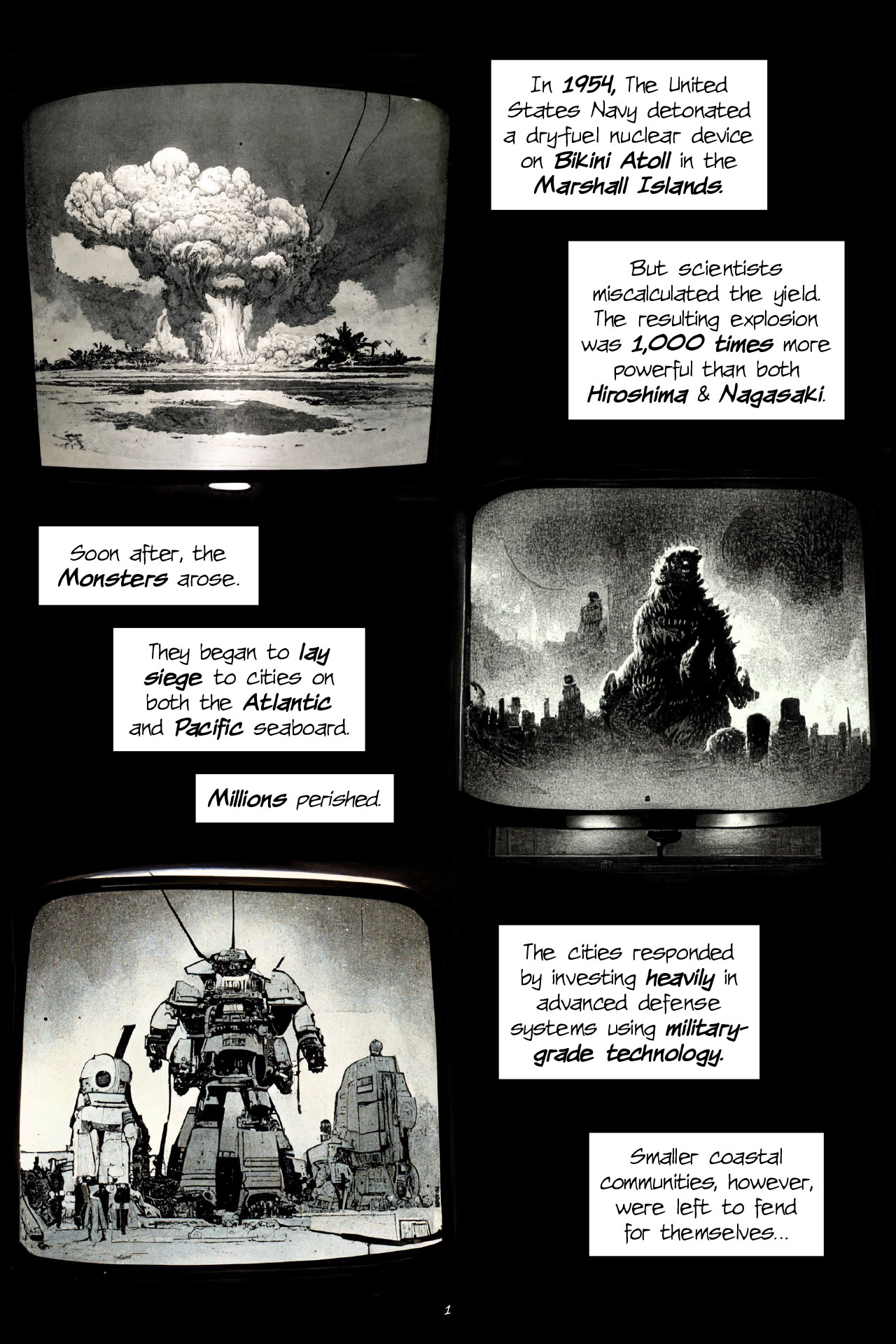 "I've loved comics, and been an avid reader, since I was 5," Coulson explains in the afterword. "Now I'm 57. So, it's taken me half a century to get around to creating my own comic story. The problem has always been—I can't draw, which is a bit of setback in a visual medium. And I had no friendly artistic collaborator who trusted me enough to take on a project like this."

All the illustrations were created by Midjourney, "based on written prompts I supplied," he continues. "And while I've tweaked a few things here and there in Photoshop, what you see here is basically what you get—if you ask it nicely." 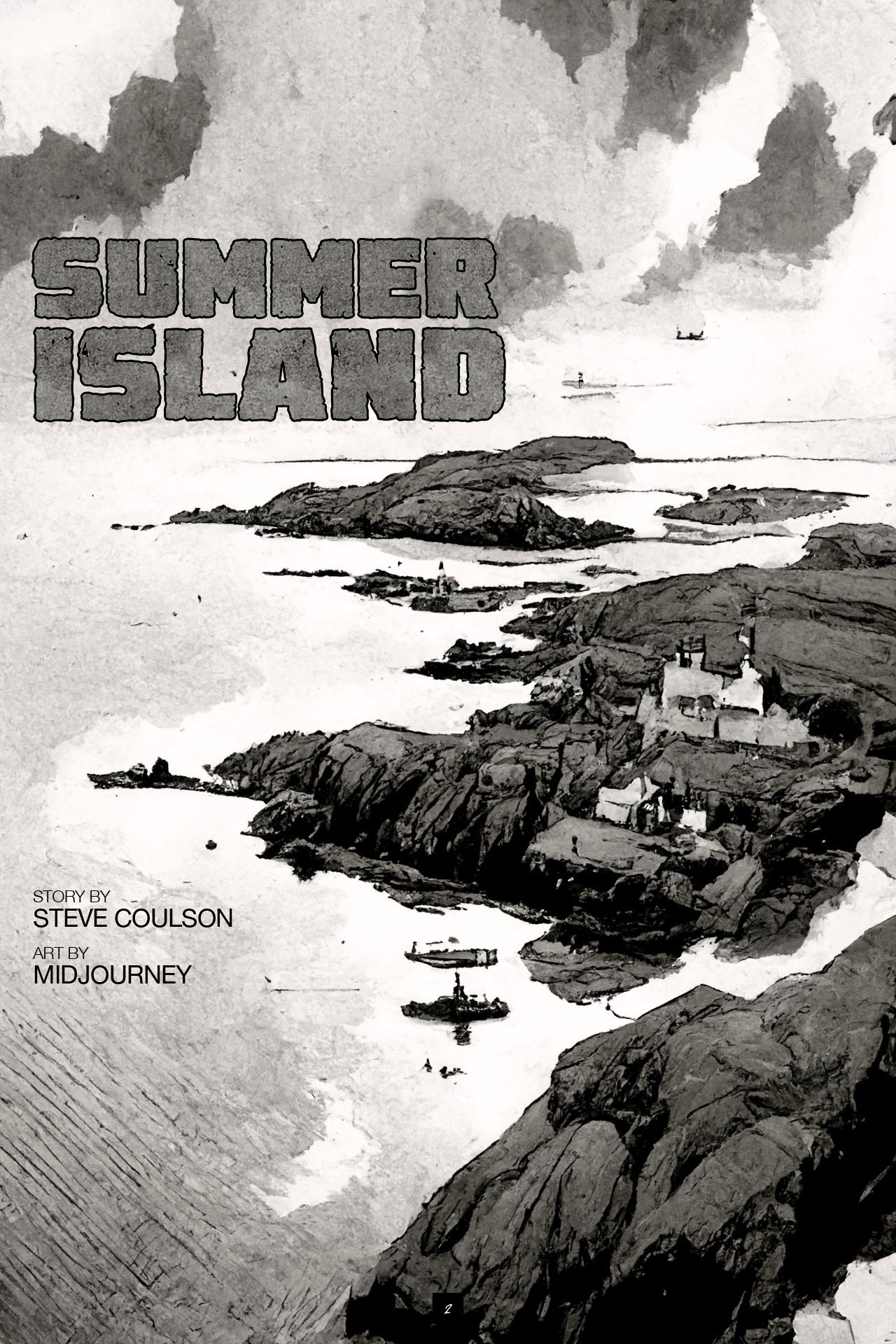 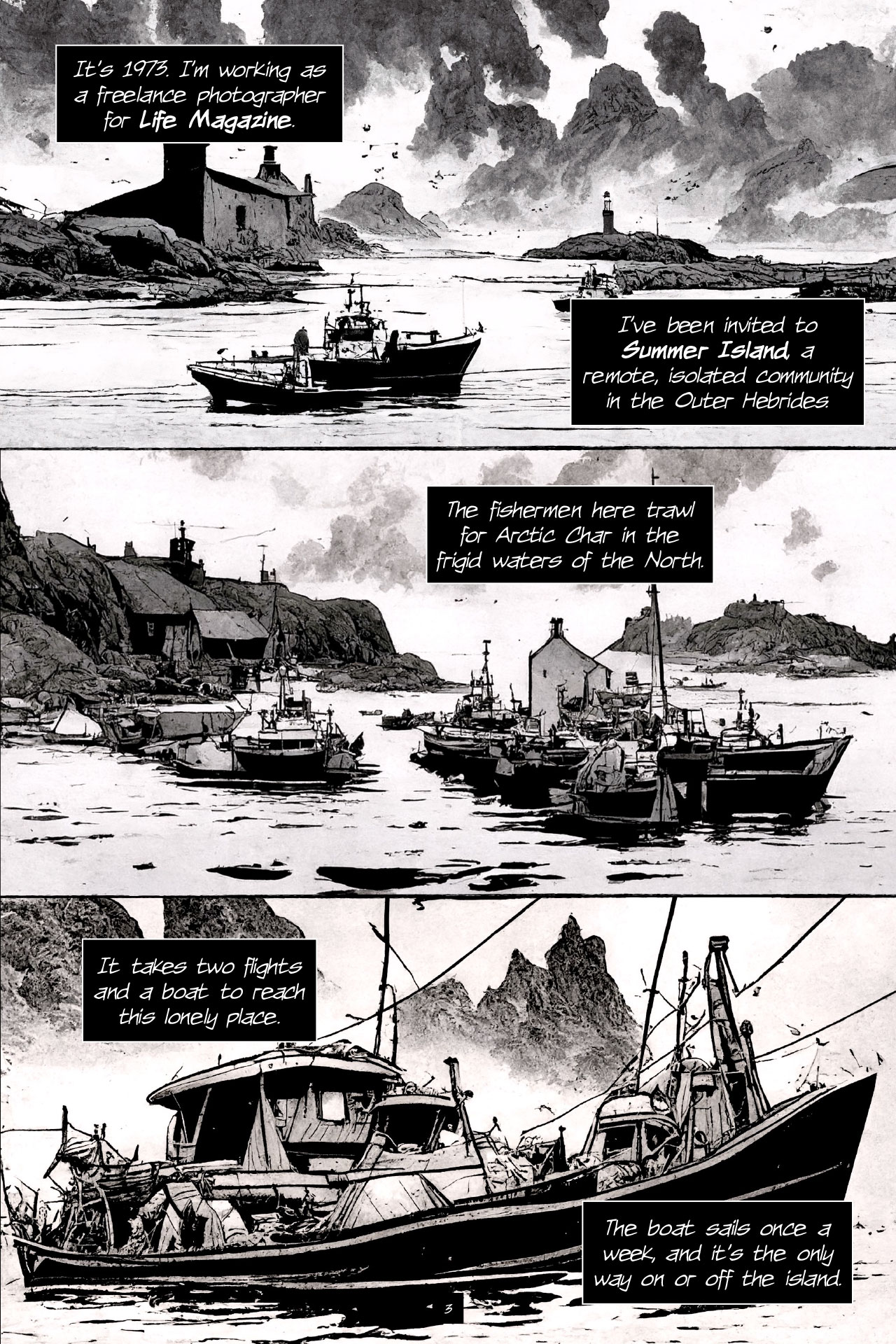 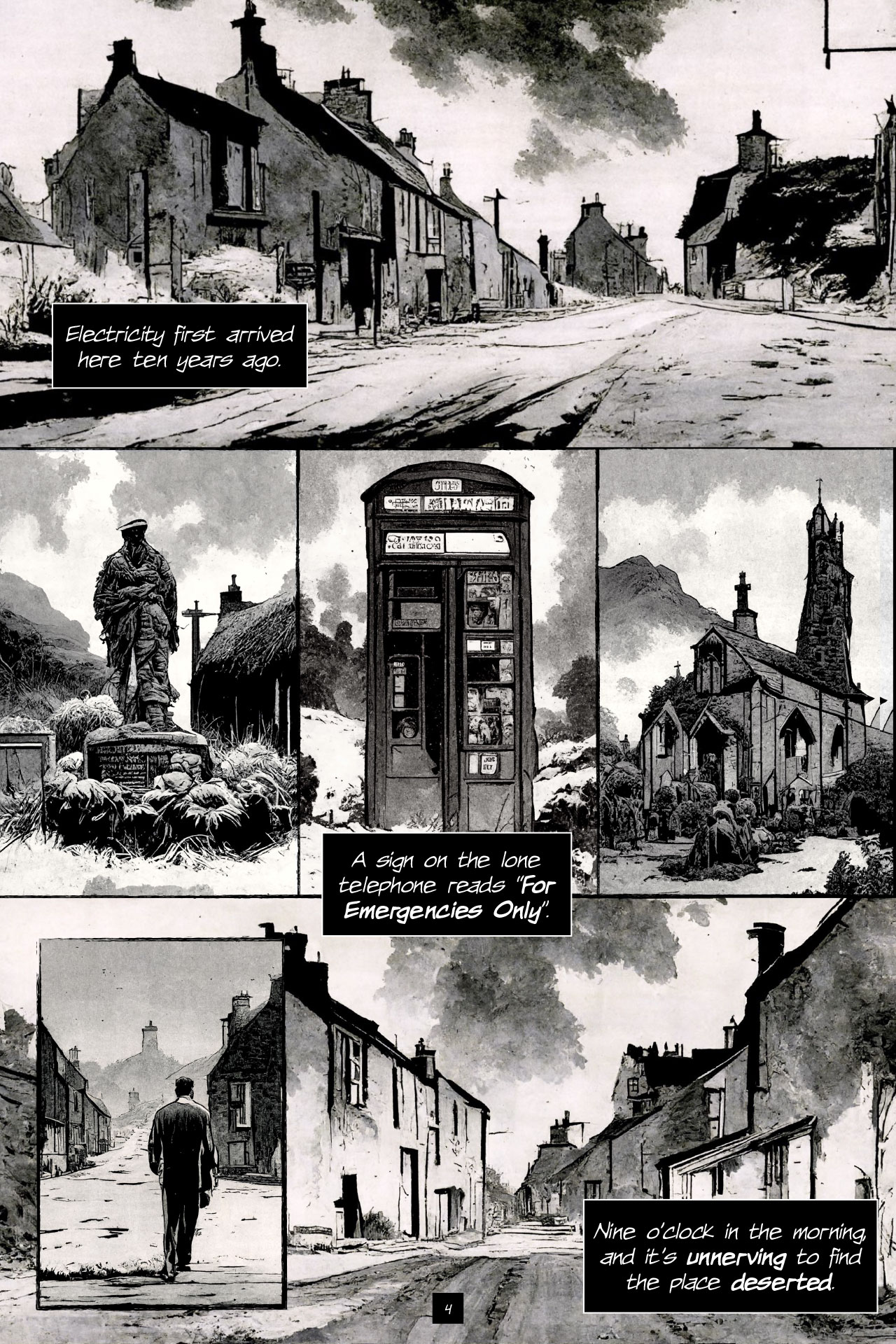 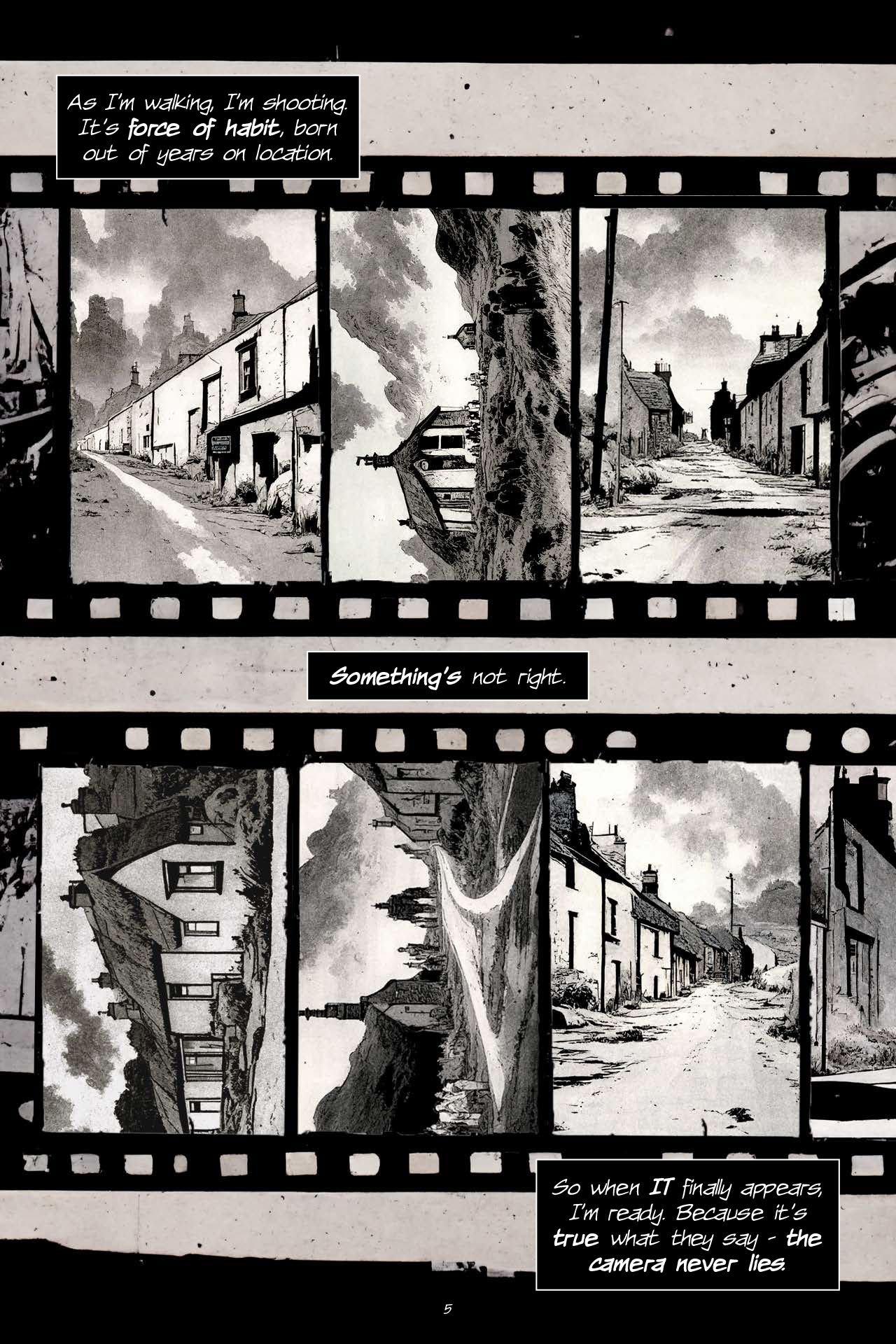 Packed with strikingly evocative color and monochrome panels, Summer Island serves as an homage to decades of fantastical films, TV series and comics. But it also bears witness to the present state of the art and offers glimpses of what humans and machines can achieve together.

The work derives palpable power from its deliberately derivative narrative. This is stuff we've seen before, in other media—stuff some of us have come to adore, that's inspired countless sequels, tie-ins and rip-offs. Coulson deftly mashes up, remixes and molds the source materials into something instantly familiar yet compelling on its own terms.

Below, Coulson—whose Campfire work includes projects like Amazon Prime's Resistance Radio and HBO's Westworld experience—explains how Summer Island came together. He notes that the storyline's fiery conclusion, lifted directly from Wicker Man, can be read as a parable for the human vs. A.I. debate. (It's more a nod to the inevitability of change in our evolving media-sphere than a dire prediction. We hope.)

Muse: Your lead character is a photographer. Why'd you make that choice?

Steve Coulson: My college degree is in film and photography, and I worked as a DoP for a few years, so telling visual stories is part of my DNA. If you read the comic, you'll see that it was inspired by a "photo essay" I created with Midjourney first. It's actually a lot easier getting a highly realistic "photograph" from A.I. than a defined, consistent comic-art style.

What comic books are your faves?

I'm originally from the U.K., and this style of black-and-white comic was quite prevalent back in the '70s with Dr. Who, Gerry Anderson [comic adaptations] and 2000 AD. As the story itself is set in the early '70s, it seemed like a good style to go with.

One key to total immersion is authenticity. Which often means you must think like a forger rather than a creative director. So, this wasn't so much an attempt to create a comic as it was to forge one. Could I use artificial intelligence to make something that looks and reads like a traditional comic? And the answer, I think, is "pretty close."

There's a huge debate to be had about the ethics of a system that has ingested all the works of artists living and dead and can spit out a convincing simulation on request. What does that mean for traditional artists and illustrators and their livelihood? What's the obligation Midjourney has to them while serving a community that is totally embracing the future and running with it? So, the story is about—spoiler!—a small, isolated community that worships a monster and sacrifices a professional photographer to feed it.

All the images were created from written prompts, no photo references. Midjourney can spit out a splash page in a minute like the world's fastest art forger, and willingly generates 100 alternatives on demand. When you have that kind of tool, it changes the way you think about a story. It becomes a bit more like improv jazz, with a call and response that goes into a loop. The story continued to change as I wrote it because every image the system created was inspiring me in new directions.

Can you give me an example?

To be honest, the engine I used for the comic has already been replaced by a superior version. The technology is improving exponentially right now, so every two to three weeks there's a big jump. Here's a panel I just generated for a potential follow-up story: 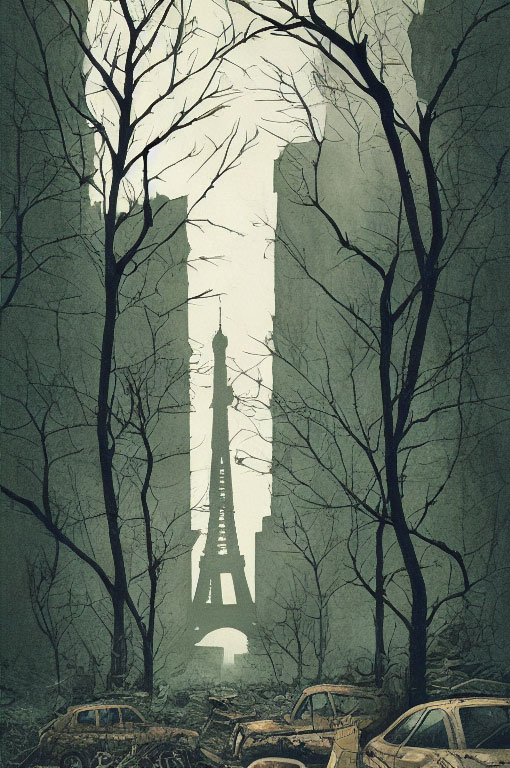 The prompt for this was "photorealistic comic book panel of Paris years after the apocalypse, Eiffel Tower crumbling, deserted streets overgrown with vegetation, olive-green and sepia and teal Tritone print on watercolor paper."

Will brands and agencies widely adopt this kind of tech in the short term?

It's an easy thing to say "The future is coming fast," but this feels like a fulcrum point, where we'll talk about "before A.I." and "after." And it's happening in weeks and months, not years. Any agency that doesn't recognize the profound impact this will have not only on their process but their entire organization isn't paying attention. This technology is going to cause massive disruption, bigger than Photoshop or desktop publishing, and I'm not sure we're prepared for it.

If that's true, what's the play for agencies?

Agency leaders should be mandating every member of the creative department use this thing until they are masters, maybe by holding daily prompt challenges. It's important to note that it's not just static art that will be disrupted, either. Machine learning copywriting tools will hit this level of exponential growth and quality soon, and fully rendered video and audio from simple text prompts are not that far behind.