Rothco and IdenTV investigate a 1975 photo

On June 11, 1962, three prisoners—Frank Morris and brothers John and Clarence Anglin—staged a daring escape from the infamous federal penitentiary on Alcatraz Island.

For months, the trio used sharpened mess-hall spoons and other jerry-rigged tools to dig through the prison walls, leaving papier-maché dummies in their beds to fool the guards. During the escape, they braved the churning waters of San Francisco Bay on a makeshift raft assembled from inflated raincoats. Their tale was immortalized in the 1979 film Escape From Alcatraz.

Authorities long assumed the three men drowned … but new evidence suggests that might not be the case.

To demonstrate the cutting-edge A.I. technology of IdenTV, Irish agency Rothco developed a campaign designed to determine if at least two of the escapees survived. Over the course of several months, Identv meticulously analyzed a grainy photograph of two unidentified men that surfaced five years ago. Some believe the snapshot, taken in Brazil around 1975 by a friend of the Anglin brothers, showed John and Clarence—more than a dozen years after their Alcatraz breakout. 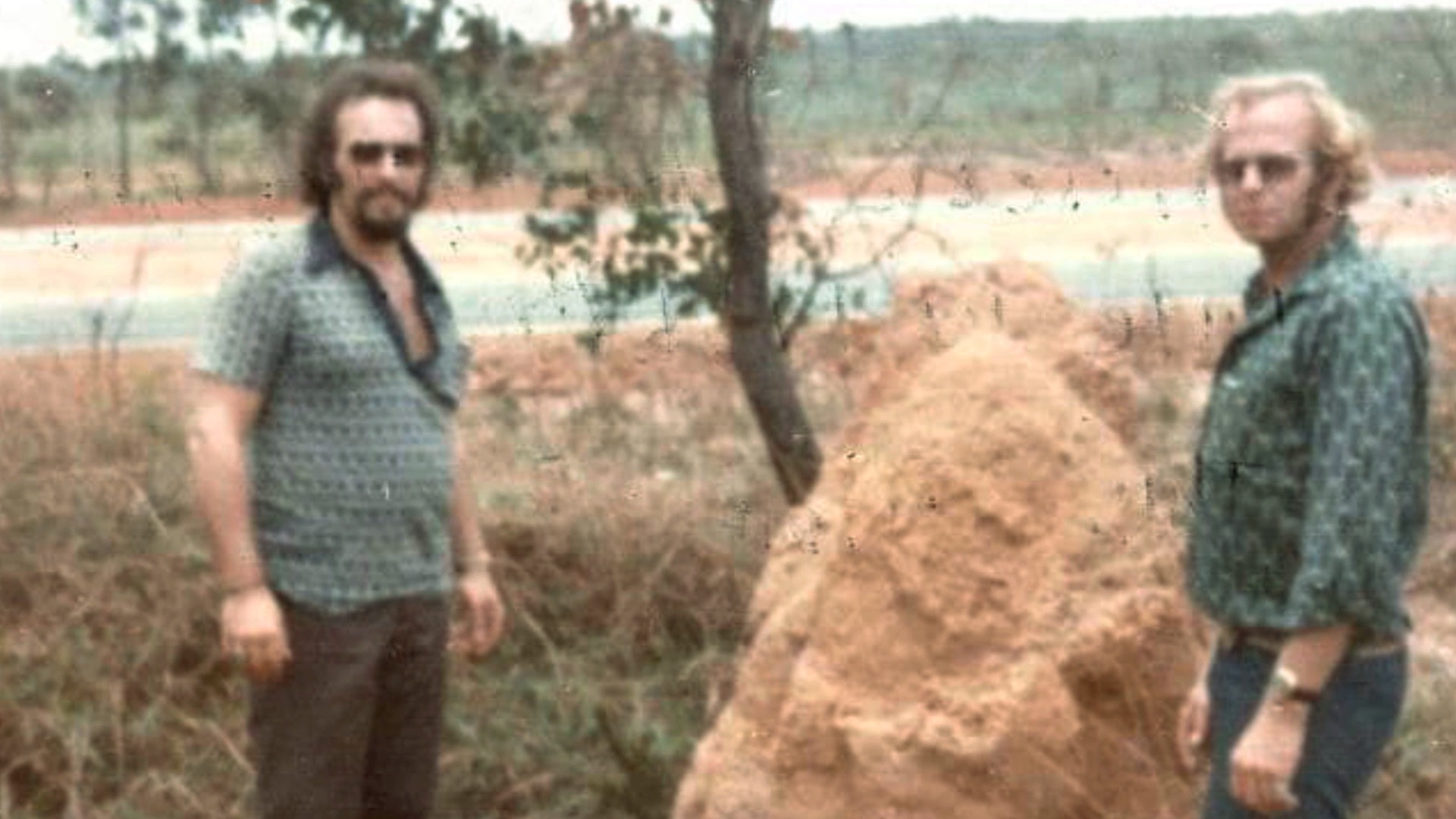 Using deep-neural-network techniques, Identv fed images of the brothers' faces, along with those of other people, into an algorithm, enabling it to distinguish among different features with heightened precision and accuracy. This allowed experts to generate "a mathematical fingerprint describing in detail the visual aspects" of specific human faces—in this case, those of John and Clarence Anglin, explains the company's chief A.I. scientist Mark Hughes.

"We then compare this facial fingerprint to other fingerprints we have in a database to generate a match, similar to how today's police fingerprint matching system works," Hughes says.

The two-minute film below describes the process in detail, and in the end we discover, not so surprisingly …

… that the Anglin brothers are almost certainly the men in that Ford-era photo.

"Short of obtaining DNA proof, there will always be a little room for mystery," cautions Rothco creative chief Alan Kelly. "But as far as technology is concerned, the prisoners made it."

The campaign targets "any creative person with an interest in A.I. who feels image recognition technology could help them or their business," Kelly says.

Typically, brands and agencies harness IdenTV for logo detection, ensuring that corporate imagery is not used without permission. They also use it to moderate content for nudity, profanity and gore, as well as extremist, racist or other offensive elements. Police and security forces can employ the technology to assign unique facial IDs to unidentified perps in order to search for matches in videos or photo archives.

And if the A.I. or cops slip up, well, Alcatraz closed long ago, so at least no one will be doing time on that god-forsaken rock.

"About 18 months ago, a photo surfaced of what purported to be Amelia Earhart sitting on the dock of a Japanese harbor with a plane that looked a lot like hers being winched out of the sea," Kelly recalls. "This story was huge for about 48 hours, but was debunked when it came to light that the photo was taken before Amelia Earhart disappeared. So that project died, but the idea also stayed with us."

As for the Anglin brothers, "If they are still alive today they would be in their 80s," he says. "I hope to see them on Ellen any week now."

Who knows, maybe Escape From Alcatraz will get a belated sequel.