Can Agencies Keep Up With 5G?

Preparing for advertising's next revolution

As agencies try to navigate the rapidly evolving landscape of the modern technological world, my stomach gets a little queasy wondering if the future of the industry might be a little screwed.

It wasn't that long ago that the 30-second spot was the mighty king of the advertising jungle. Meanwhile, second-screen formats like mobile swarmed around media plans like gnats, annoying the hell out of any old-school creative agency built on huge budgets and lengthy timelines. Little did we know how quickly mobile would take over as the first screen and bulldoze the ground the industry walks on.

But were agencies fast enough to adapt? Looking back, it seems like a no-brainer that mobile would take over, six-second vertical content would become the new 30-second spot, and words like "authentic" and "native" would be the new norm. But here we are, revamping our business models and weirdly flexing our creative muscles to a changing audience and savvier clients to show we're able to keep up with the times.

But before the queasiness settles, there's a new king fast approaching, and it goes by the name of 5G. In its simplest form, 5G is just a really fast wireless network with no latency. But unlike the mobile era of today, it's not just going to change the industry, it's going to revolutionize it. If we're paying attention to the road ahead, it will have the potential to bring a ton of new growth to agencies and a wealth of success for brands, but only if we give ourselves a competitive edge by being well-prepped by the time it comes crashing in.

But first, some quick history.

So, how fast is 5G? By the late 2000s, streaming and downloading video through a mobile network was still a pipe dream. Even now, trying to stream El Camino off Netflix or waiting an hour and a half to download it will suck up all of our 4G LTE data. Now, compare that to being able to download full HD content in about a minute, on average, using 5G, and at its peak, downloading hours' worth of content in seconds. To put that into perspective, it takes over 6 minutes using your average broadband connection. With that much bandwidth, 5G will allow people not only to get more content faster, but also to have much richer overall experiences. The following explains how.

If speed is the bread and butter of 5G, interactivity will be its meat and potatoes. At the Mobile World Conference this year, 5G was at the center of everyone's attention, with interactivity as a major focus of conversation. For advertisers and content producers, this means allowing audiences to go from passive viewer to active participant.

Let's use the El Camino example (spoiler alert). Think about taking the scene where Jesse Pinkman was being held up at gunpoint by two fake police officers, then being able to toggle back and forth through each character's perspective. Or controlling the decisions of one of the characters to change the outcome of that scene entirely. Or what if you were able to interact with some of the elements in the room as you would in a video game or walk through the room and find branded Easter eggs like cereal boxes, beer cans or gym bags that take you into mini pieces of content. Now think about how that might change the way we ideate and produce content for brands moving forward. Active viewing through a 5G network will allow for more intricate creative, robust interaction and deeper messaging for audiences.

Streaming services like Netflix will finally get their prayers of high-speed wireless answered, but it won't just benefit the entertainment and streaming service industry: 5G will make for premium livestream content. Why? Because super-fast speeds and no delay time will eliminate that pixelated low-quality livestream everyone is used to. This means advertisers can have something closer to broadcast-quality streams over a 5G network on devices through things like social platforms or through the web. That means no more FOMO over pixelated livestreams of all your friends at Coachella while you're celebrating your grandmother's birthday at Mimi's Cafe, but instead watching an immersive livestream with multiple camera angles directly from the stage with that same high-def immersive output for advertisers in between sets. Think about it as network TV-style commercial breaks through livestreaming on your mobile device.

Wait, what? You just said mobile was taking over. As true as it might be that it's a mobile-first world today, tomorrow is going to look much different. Rather than having strictly mobile-first experiences, the 5G world is a vast ecosystem of mobile devices, wearables, smart homes, vehicles, out-of-home, TVs, AR, VR, retail stores, future tech and you name it. That means way more opportunity for agencies and much more connected experiences for audiences.

Right now, 5G networks are being installed in pro sports stadiums across the U.S. to give fans a more enhanced experience starting in the 2020 season. Imagine sitting in SoFi Stadium to watch a Rams game and having the haptic feeling vibrating through your phone in your hand every time Robert Woods catches a pass, or seeing live updates of his vitals come up on your smartwatch. Or when there's a time-out and you're walking to grab a beer, passing by an in-stadium Robert Woods ad and having it personalized to where he asks you for a sip of your Bud Light. Then, during halftime, your face shows up on the jumbotron with a gamified AR experience where now you're in the game and you have to dodge the oncoming defense by tilting your head back and forth. After the game, you get in your car and the team thanks you for being a huge fan and congratulates you on your nice head fakes through the car's speakers. Then, when you get home, you watch a replay of your AR experience on your Smart TV. Connected experiences like this won't be just limited to stadiums during games, but present in our homes and out in the real world.

There's no denying that gaming has been one of the saving graces for advertising in recent years. But that's just scratching the surface: 5G will be the future of gaming, and as such, social platforms, mobile carriers, web developers, VR headset makers and cloud gaming services like Google Stadia are already preparing for it.

Just look at what's happening in the social space alone. It's no coincidence that Giphy, Facebook and Reddit have all recently created gaming ad units within their platforms. While they can handle only a certain amount of weight right now, make no mistake—they're banking on how these units will perform once 5G becomes ubiquitous. Then there's AR. Remember how big Pokemon Go became? That wouldn't have been possible had it not been for 4G. Now think of making a robust AR gaming experience for a brand straight from Facebook using Facebook Spark AR Studio. 5G will make it possible for audiences to have AR experiences that can give Pokemon Go a run for its money and do it straight from within platforms they already scroll through.

Just start having the conversation.

Set up meetings with Verizon Media or WarnerMedia and learn about the potential advertising opportunities under their network and IP. Chat with VR and AR companies, social platforms, technologists, developers and cloud gaming companies. Go to mobile conferences. The faster agencies keep up with 5G and become equipped to educate clients on what their business will look like in the not-too-distant future, the more we'll get a clearer understanding of what ours will look like, too. 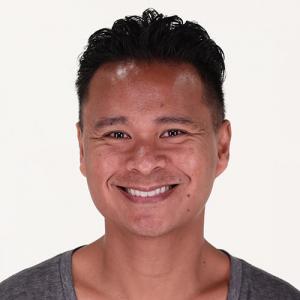 Romeo Cervas
Romeo Cervas is an associate creative director at RPA Advertising, leading social media initiatives for Honda and new business, as well as an instructor for the Book Shop School for Ads.
More from Romeo Cervas