His creative journey, from Dove to Samsung 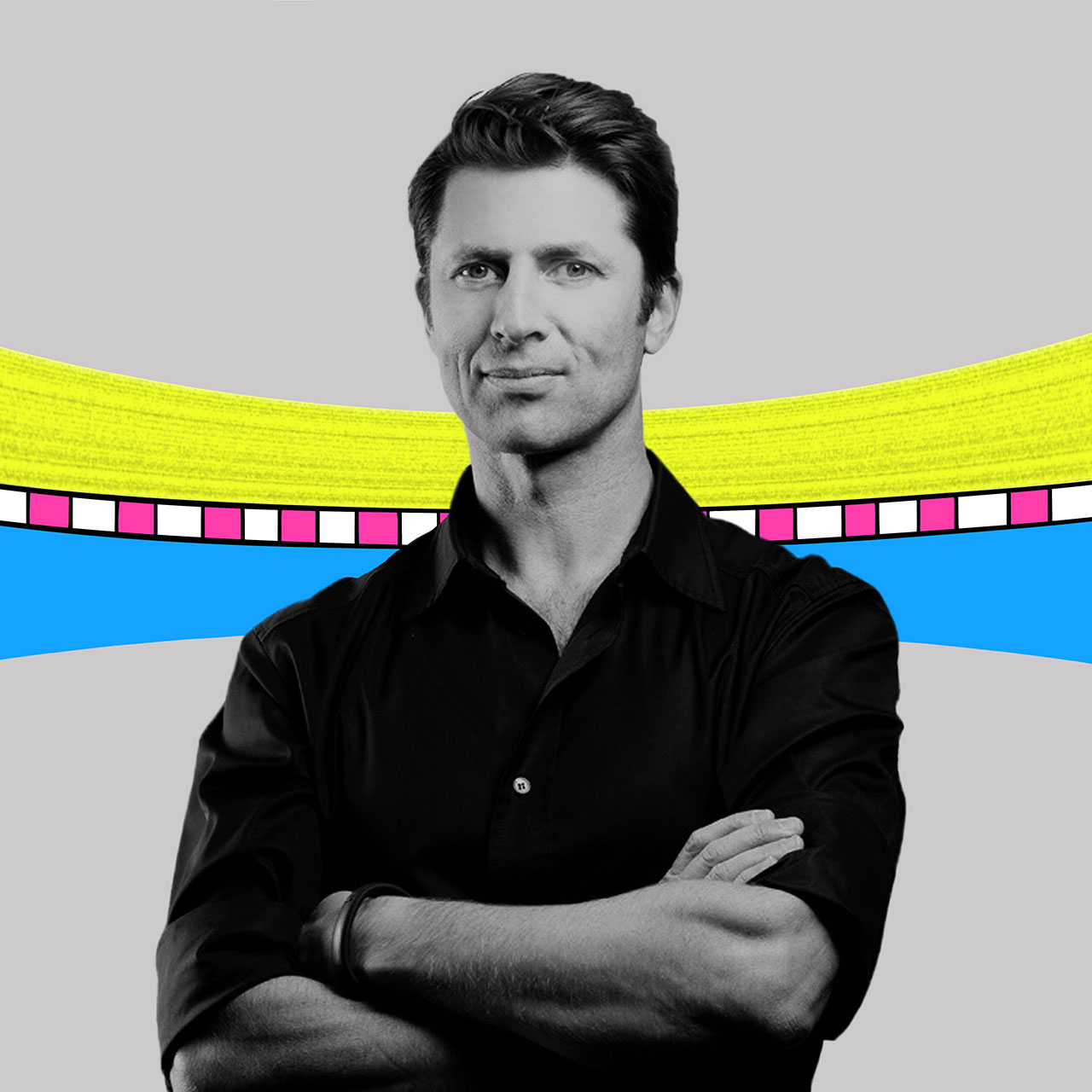 We spent two minutes with Poynton to learn more about his background, his creative inspirations, and recent and classic work he admires.

I was born in a pretty small place in New Zealand, Lake Taupo. I've lived about half my life in a much larger place in Britain, London.

I'm still thinking about what I'll be when I grow up.

The local newspaper featured a photo of me, at age 3, painting what can only be described as an "abstract expressionist" piece while at pre-school.

Picasso, for making everything he touched, in any medium, into a work of art. Warhol, for changing our perception of art by melding mass-production techniques with PR. Kruger, for "designing" art as a instant and satirical reflection of how we are. Not to mention her exquisite and much-copied use of Futura Bold Oblique.

I attended school in a small country town, and we played sport against schools from much larger towns in the region. We got lucky and won a few games here and there, and before we knew it, found ourselves competing at a national level. And eventually at an international level.

That taught me it's not about where you come from, the size of the city or country, but that with enough passion and integrity, anyone can mix it up with the best in the world, no matter where they're from.

I reckon the first gig I saw would have been a Kiwi band from Christchurch named the Dance Exponents. A few years ago, there was a film released about them called Why Does Love? Fun for those who were around the New Zealand music scene in the '80s—probably not so much for the rest of you.

The first big international act I saw in New Zealand was David Bowie.

David Hockney. He's in his 80s and has an insatiable curiosity for new mediums; he's gone from pencil to water colors and acrylics, from Polaroid to video, from iPads to mixing unique oil colors, he's got an inherent ability to capture an incredible sense of place and time, he has an unrivaled understanding of the Masters, as much as an unwavering sense of who he. His everlasting energy means even through lockdown he's painting at a rate most artists can only dream of. He's a constant inspiration.

The Maori folk hero Maui. He fished up the North Island of New Zealand!

Kiss the Ground by Josh Tickell. Read it and you'll forever be conscious about how the world currently goes about feeding itself.

The great thing about movies is there's always a new favorite. But my all-time favorite moviemaker is definitely Hitchcock.

@DavidShrigley. Amongst a world of fake filters and narcissists, Shrigley's reductive and naive style of art messes with the medium to brighten every day.

I was locked down in New Zealand since April 16, without my wife and daughter, and only got back to London last week. Like a number of others, we became a FaceTime Family throughout Covid. On the work front, I've moved from monthly to weekly video calls with our creative leaders, which has made a huge difference for everyone as we compare notes from each country and find ourselves sharing more work and support for each other in lots of different ways. The industry is wrestling with a mix of clients stunned by the situation and others continuing to advertise but adjusting course. There are no end of film production challenges we are all facing, meaning there's no shortage of things to do, and need to find new ways to do them.

Everyone seems to call this out as the toughest question to answer, or they just politely share a number of projects. I'm tempted to do the same. As tempting as that is, for me, the test of time makes one project more meaningful than the rest. The Dove Firming Lotion campaign is a European campaign we developed at Ogilvy, and it was the seed from which "Campaign for Real Beauty" came. There were many challenges on this one, and after the results of the first shoot came back, the team came around to my thinking that it would be best shot with Rankin. They landed it beautifully, and that led to us launching CampaignForRealBeauty.com, the first campaign to use a URL as an end line. It's also a campaign that, like Nike's "Just Do It," continues to evolve while remaining relevant to new audiences. Just look at Dove Canada's fantastic, poignant spot for essential workers the other week. The brand has a role every day and a voice that connects consistently with everyone. 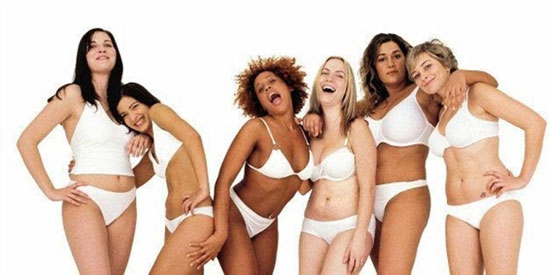 The two I'm most proud of are our Good Vibes app from Samsung India and our Blood River gaming project Back2Life from Samsung China. Both use mobile to solve real problems that aren't trendy or "of the moment" but really matter.

Back2life uses in-gaming scenarios to educate a whole new, unaware generation of how to perform CPR. Having had to perform CPR more than once in my lifetime, I find it staggering how few people know CPR—less than 1 percent in China alone.

The Guardian "Points of View" is 30 seconds that lasts a lifetime, and it's as relevant today as it was then. This was the first spot that opened my eyes to the power of advertising to really shift people's perception. When I first saw it, I'd just fallen into advertising as a summer job while studying architecture. At the time, New Zealand was full of entertaining TV ads—three-minute mini-movie extravaganzas to advertise chocolate bars, etc. The country's main newspaper ranked advertising as the second least important of professions, just above car dealers. So, this spot really resonated on so many levels. Against a backdrop of social divide, Murdoch's increasing influence over the press and with a disenfranchised and frustrated younger generation portrayed as aggressive and anarchistic, it forced many to question their prejudice as much as their newspaper's view. Brilliant.

The Guardian | Points of View

A 30-year-old campaign called "Just Do It." There aren't many campaign ideas that deliver countless millions of dollars to a company's bottom line year after year. This is longest-running one I know of. Most agencies and clients talk themselves out of campaign ideas over time. It's hard to stay relevant and meaningful over the long run when the world changes around you and consumer attitudes change with each generation. The touch paper for the recent "Dream Crazy" work is, for me, a single post(er) featuring Gary Kaepernick and the words "Believe in something. Even if it means sacrificing everything." From the consumer love and hate it fueled, Trump's game-day reaction, to the dip and then phenomenal rise in share price. Respect. 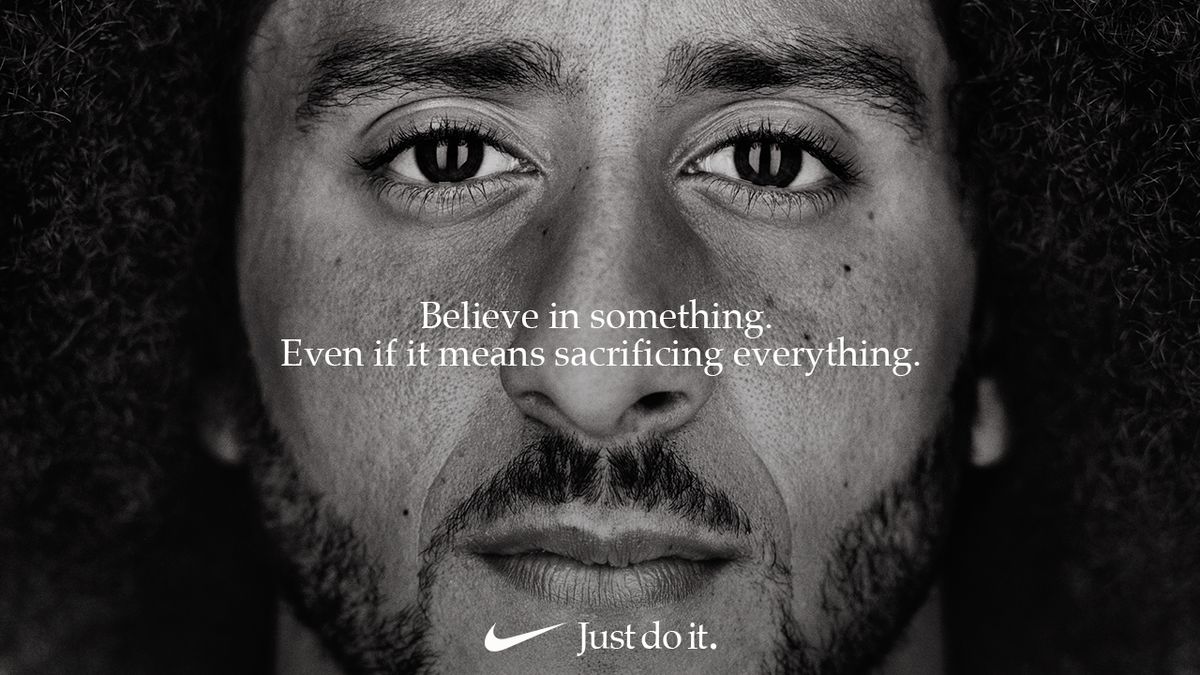 Trying to keep up with all the world's time zones at once.

Outdoors; being on the water or on a mountain.

Pollution, especially in our rivers, lakes and oceans.