Team One in Playa Vista, Calif., will be inundated with résumés once prospective employees get a look at the agency's sweet, sweet grow room.

Team One talked with serious growers and studied instructions on building hydroponics and air filtration systems, but, ultimately, went ersatz so as not to lose its lease. 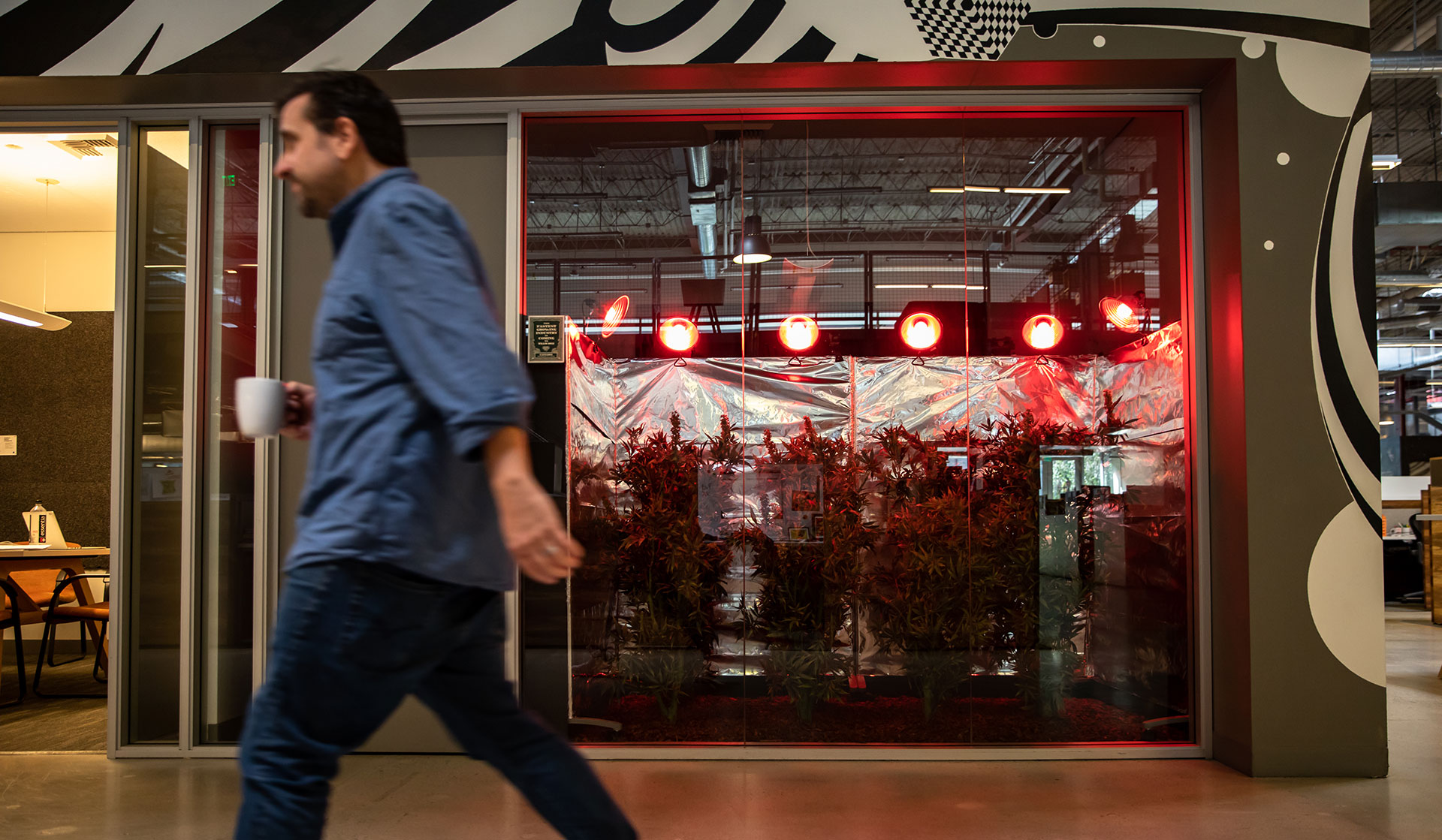 Hmm, did anyone actually roll a few to make sure that stuff wasn't prime? At an ad agency—never!

Marijuana is expected to legally generate $13.7 billion in domestic retail sales this year, and that figure could more than double by 2023. As part of its Moonshot Series, Team One hosted panelists who spoke about de-stigmatizing pot and "the new cannabis consumer."

"As an agency, we were particularly interested in how cannabis isn't just for dank and dark dorm rooms anymore," says Team One CEO Julie Michael. "More and more, it's for high-functioning grownups. The kind of people who enjoy curated, artisanal experiences. There's a reason that Barneys Beverly Hills has a cannabis department. In a lot of ways, you could argue the future of cannabis will be less Cheech & Chong and more Dolce & Gabbana."

The agency also mocked up some "Cannabiz" posters for the occasion (that's Michael posing with agency creative chief Chris Graves): 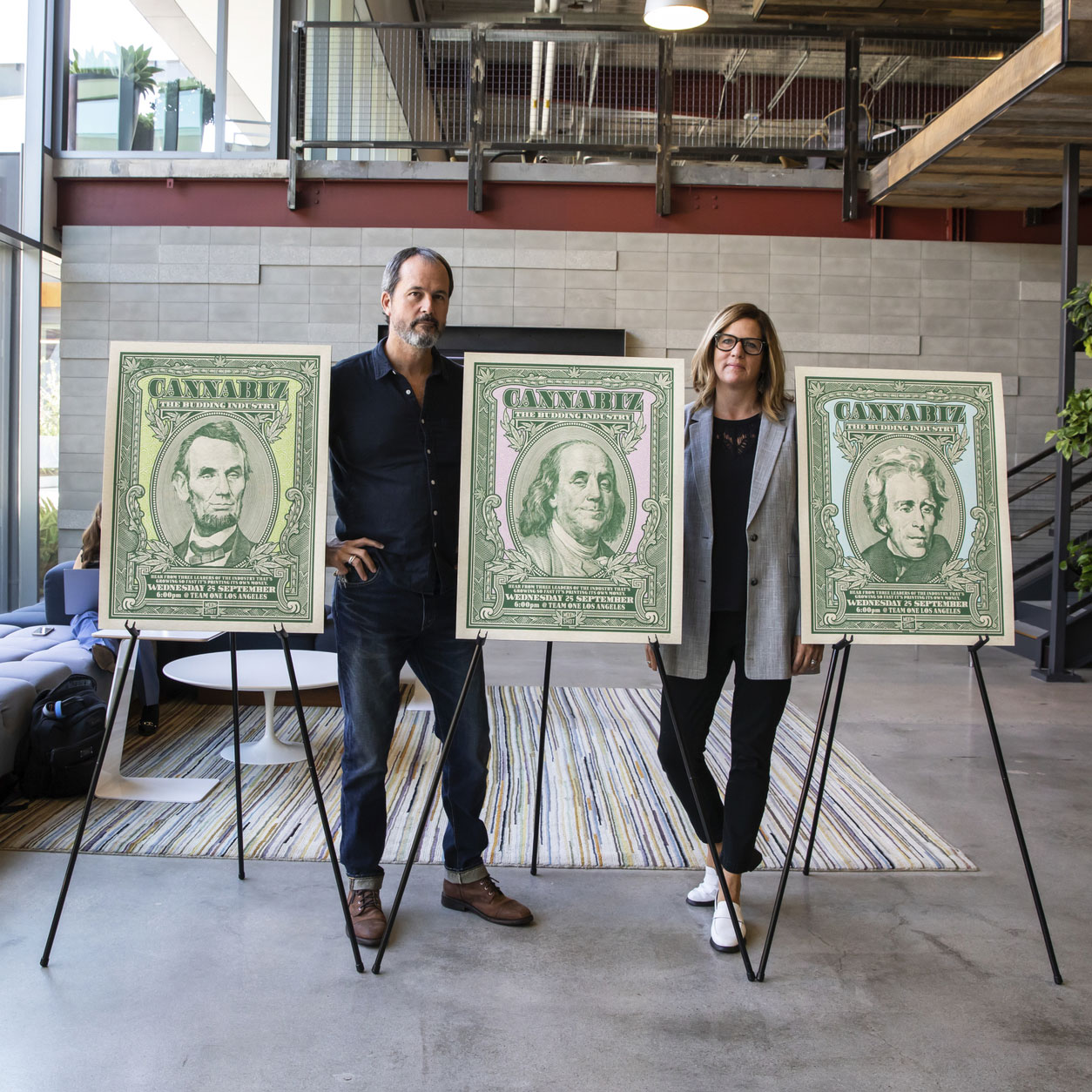 Cannabiz. Heh. It's funnier when you're stoned.

Team One took its first puff last year, producing a documentary called Chasing Hope, which focuses on families using CBD oil to treat epilepsy. Developed as part of the agency's annual "Launch an Idea" project, the film is in postproduction with a planned release in November.

Other nods toward marijuana's growing acceptance include Outside Lands' successful bid to become the first major U.S. music festival to allow cannabis sales and consumption on site; this Canadian safe-driving campaign that employs stoner humor; and Spike Jonze's MedMen exhibit chronicling our historically complex relationship with a certain herb.

Mark Schermers, CMO at Sunday Goods, a provider of medical-grade marijuana who spoke at the Team One event, believes his industry provides "a marketer's dream playbook—we are all building brands from scratch, and everyone is a new consumer. The challenge is how to break the outdated social stigmas and taboos associated with cannabis in a way that feels responsible moving forward. There is still a lot of research and learning to be done."

In the photo below, among the, um, potted plants, Schermers sits smack in the middle, flanked by Ashley Lewis, CEO and co-founder of Fleur Marché, and Ryan Crane, CEO/founder of Tempo on one side, and, on the other, Cameron Clarke, CEO/founder of Sunderstorm, and Lucas Conley, an author and strategist who moderated the panel: 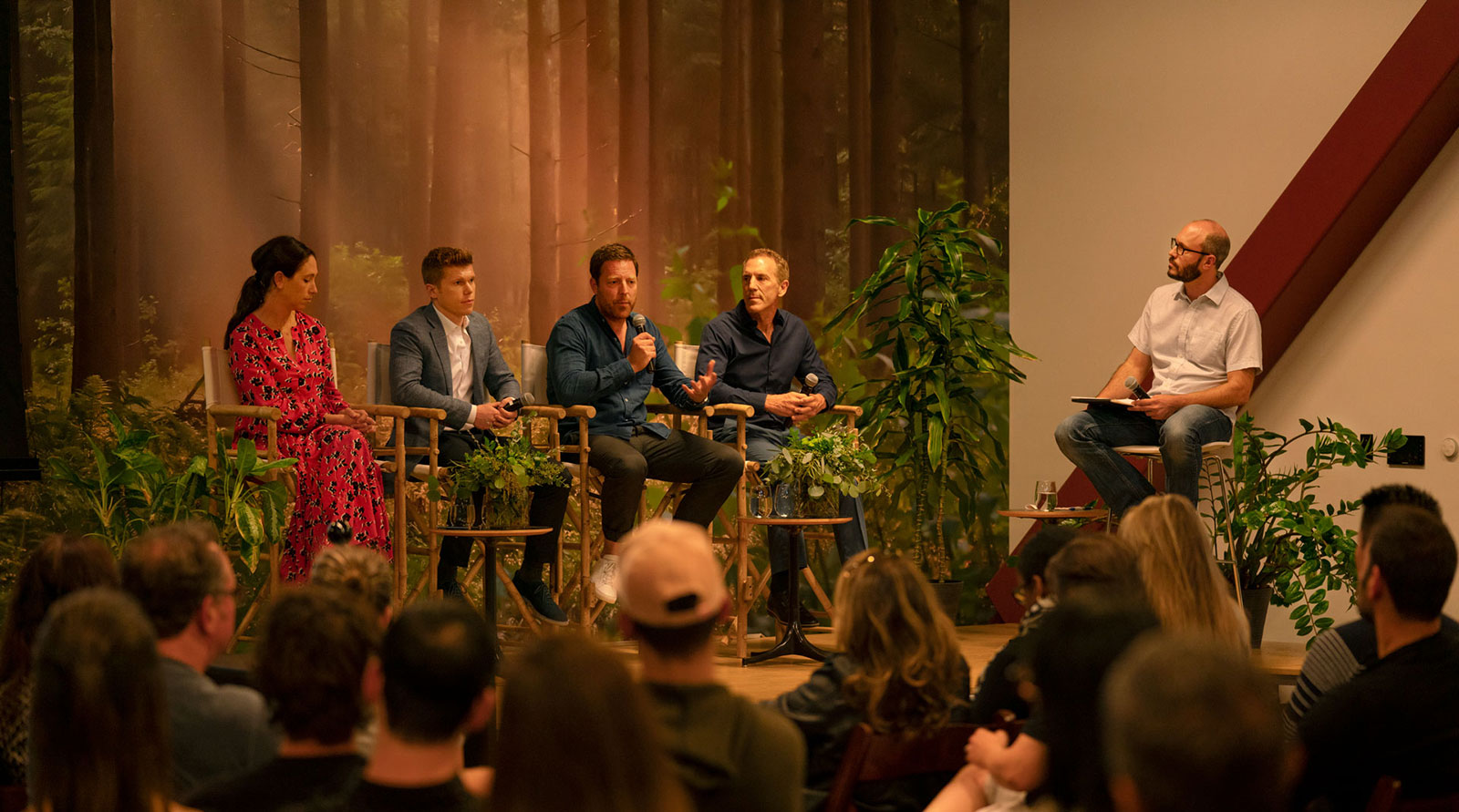