Plus, the coming Seinfeld and Friends pop-ups

From Aug. 9-11, Outside Lands in San Francisco hit new heights, as it were, becoming the first major U.S. music festival to allow the sale and consumption of cannabis on site. Grass Lands, the venue's dedicated zone for weed-related activities, generated more than $1 million in commerce, according to a report from SFGate.

"We partnered with [pot-products company] Eaze as the main sponsor for the Grass Lands area, and really tried to create an experience," explains Kerry Black, co-founder of Superfly, the entertainment and marketing company behind Outside Lands. "We had this small-town USA theme, and we really wanted people to experience how cannabis can be part of their lives. We had a stage with talks and music and comedy—there was also cautionary information as well."

Black heads up creative, programming and culinary efforts across Superfly's owned and operated properties. Along with Outside Lands, the company also created the annual Bonnaroo music festival and the comedy festival Clusterfest with Comedy Central. (Superfly is reportedly selling its remaining stake in Bonnaroo, which it launched in 2002, to Live Nation, which puchased a controlling interest in 2015.) The company also designs live experiences for brands such as Bravo, Intel and Nike. (Full disclosure: Superfly is also working with Muse's parent company, the Clio Awards, on projects.) 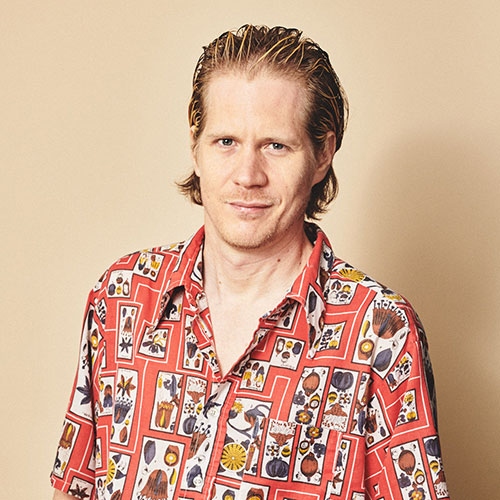 Through the years, millions of people have attended Superfly's events. Outside Lands just drew 210,000 people, and has welcomed more than 2 million patrons since 2008. That's a far cry from Superfly's humble beginnings 23 years ago in New Orleans, when Black and three friends—Jonathan Mayers, Rick Farman and Rich Goodstone—borrowed $20,000 to promote shows in clubs and on riverboats during Mardi Gras.

"My whole plan in life was to go into finance, make a bunch of money so I could go see all the shows I wanted to see," Black recalls. "Then we started Superfly while I was still in college. I thought it would be a fun experience. There was no goal, like, 'Hey, we're going to turn this into a business that we're going to do for the rest of our lives.' That happened very naturally. We did one show and it went really well, made a little bit of money, and it started growing from there."

Superfly established itself as a headliner in the experiential space with activations fusing music, comedy and cuisine. Such events aren't just huge concerts; they're more like mini-cities where like-minded folks gather to celebrate a shared love for various aspects of popular culture and have a good time. They last a few days, but foster community over the long haul. Brands show up, too, eager to put their names and wares in front of an enthusiastic, captive audience.

"Marketing at events used to be about just plastering signs everywhere, and doing lots of ads," says Black. "Now, everyone has seen how important experiences can be. The sponsors we deal with at our events are looking to really touch consumers and give them things to do that will be interactive and creative, to let them meet the brand."

In our conversation, edited for length and clarity, Black discusses Outside Lands' cannabis initiative and previews Superfly pop-ups this fall based on classic sitcoms Seinfeld and Friends.

Muse: Describe the marijuana scene at Outside Lands.

Kerry Black: Outside Lands became the first large-scale music festival in the country to receive a cannabis sales and consumption permit. Grass Lands debuted in 2018 as a place to celebrate cannabis, with an emphasis on education and discovery. The inaugural Grass Lands actualized as a "town square" with eight brands participating and offering everything from a smell wall, where patrons could smell different types of "flower," to a greenhouse and confectionary where people could enjoy non-cannabis samples of different types of edibles. 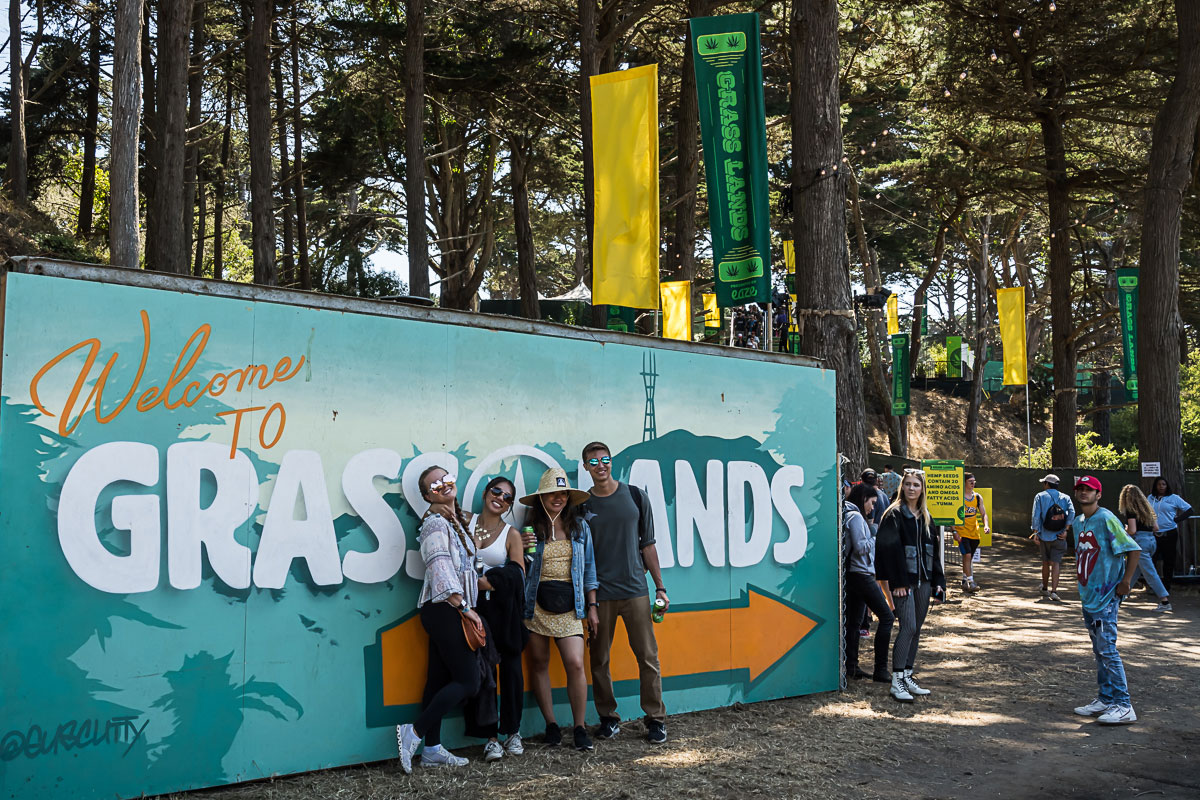 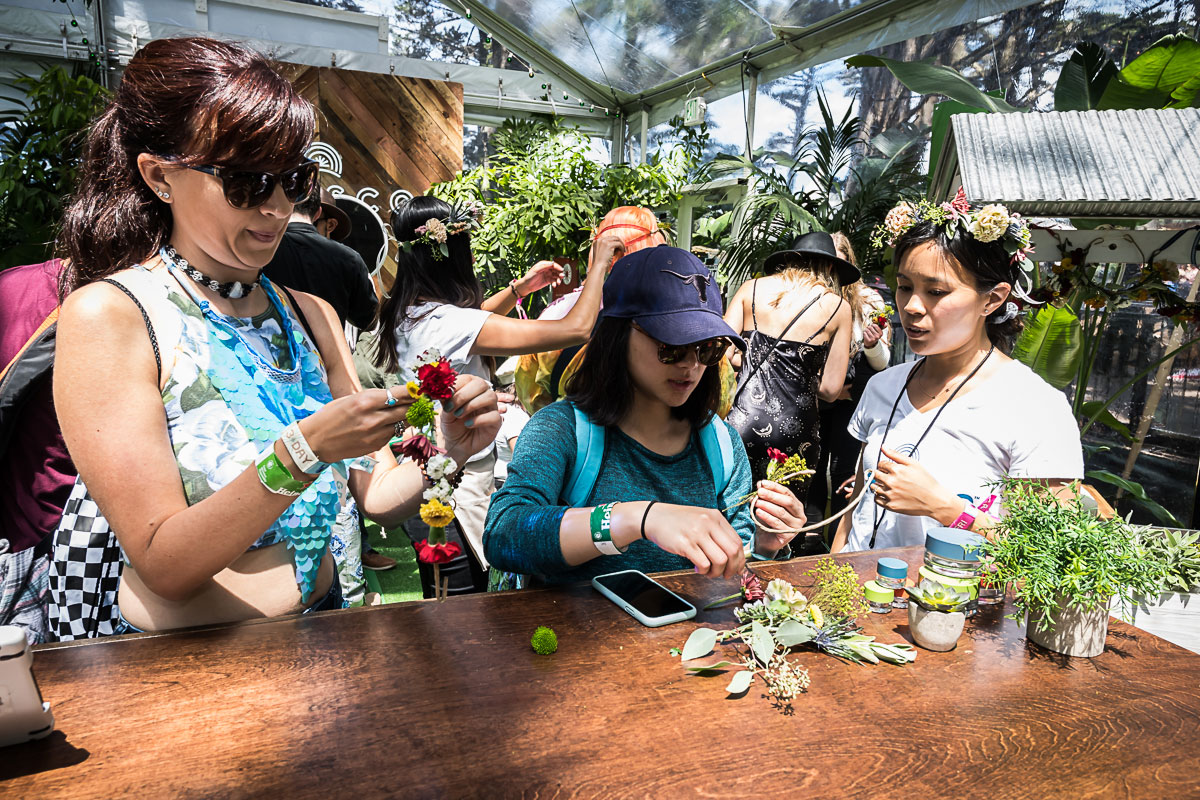 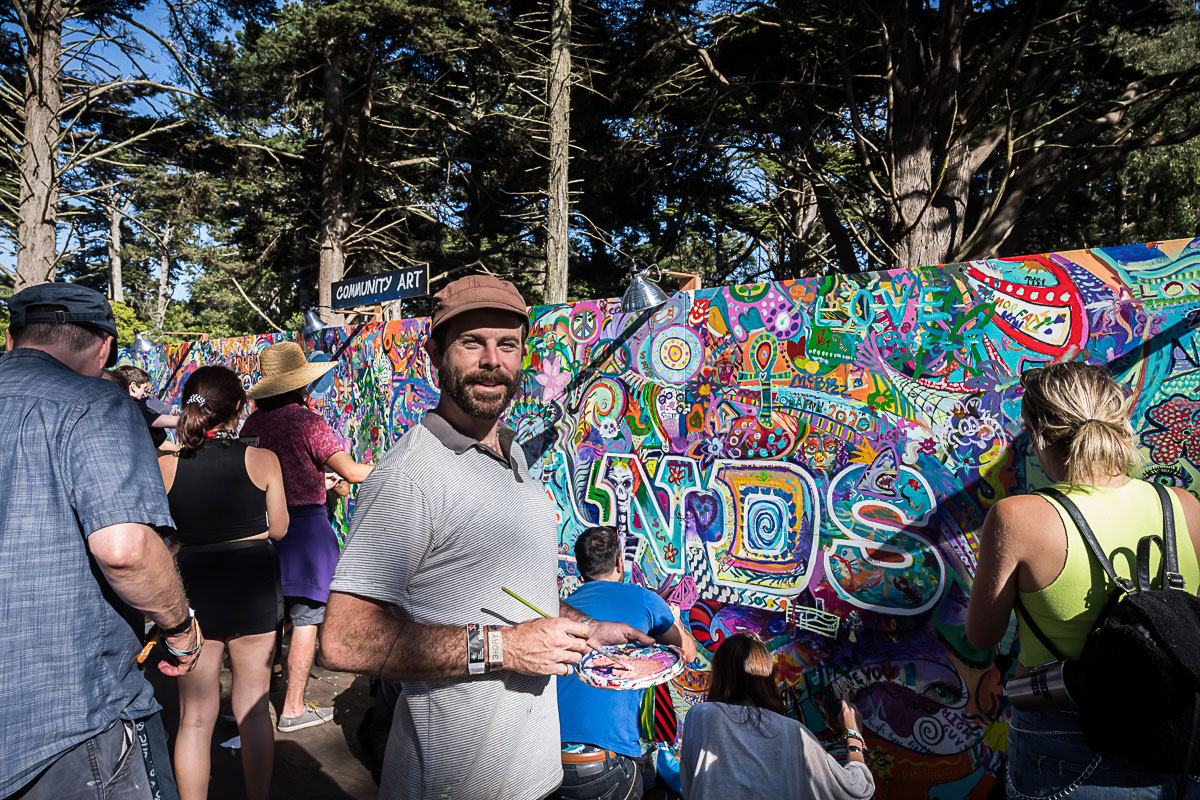 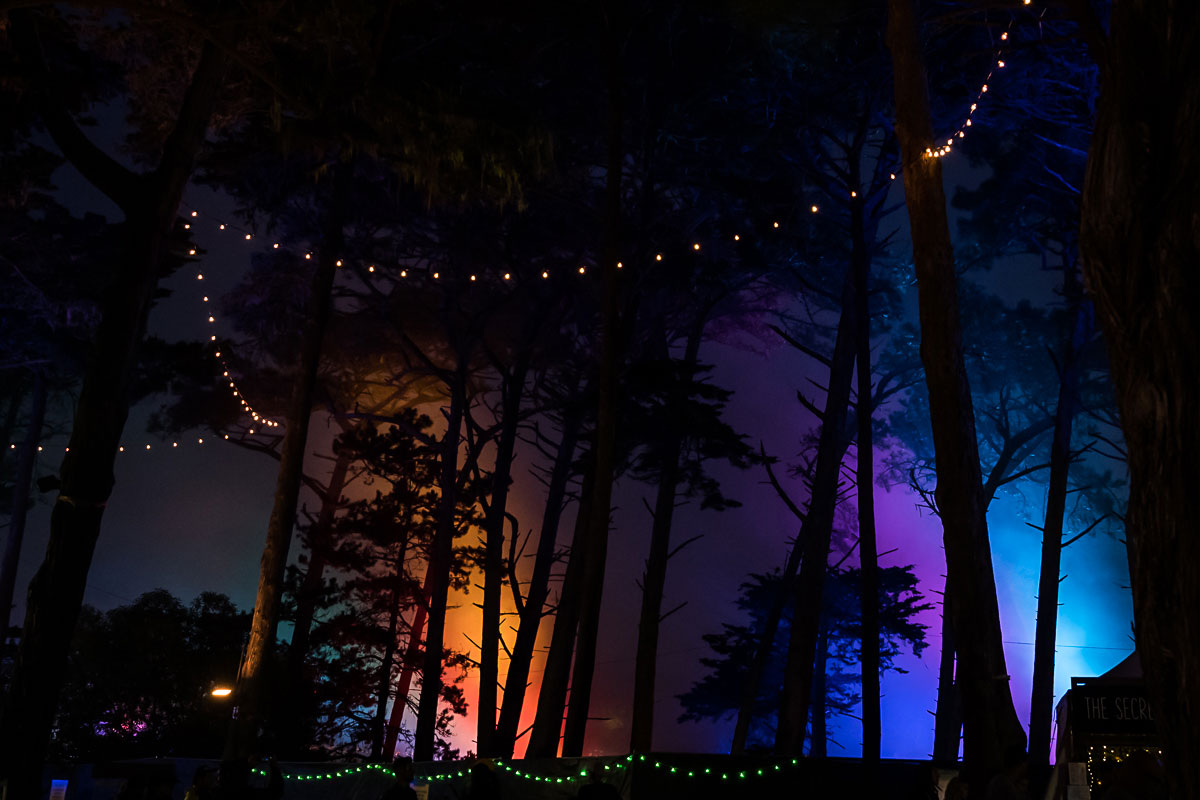 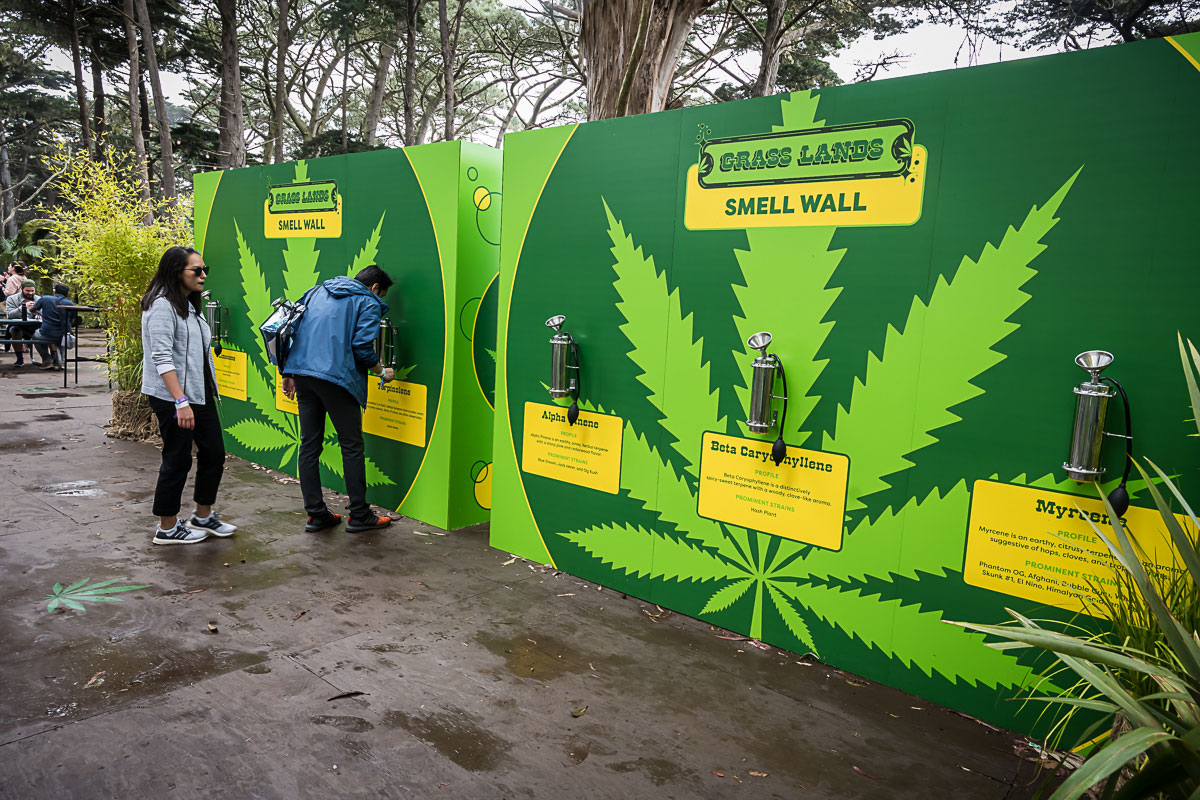 Building off the success of year one, Grass Lands tripled in size, with 24 brands participating. We also added three consumption areas, along with a stage that included musical and drag performances that aligned with the cannabis theme. You could stroll through the footprint, which was in a heavily wooded location, and shop everything from edibles and flowers to customized vape pens.

Why is moving into cannabis an important step?

Outside Lands' mission is to present the best in Bay Area and California culture. Cannabis has long been a part of that, and the Bay Area has been at the epicenter of the cannabis industry as a first mover in legalization. That's what made this a meaningful step for us to take with the festival.

What other cool stuff happened at this year's Outside Lands?

For GastroMagic this year [mixing music and the culinary arts], we partnered with Bon Appetit, which brought some new energy to the proceedings. This made for some unique culinary theater like slurping contests with CupcakKe and her fans, Jimmy O'Yang crowdsurfing with a croquembouche, and Ella Mai learning to make fried calamari that resulted in perhaps the first-ever calamari doughnut.

At CocktailMagic, we had a themed menu where all the drinks referenced classic movies about the Bay Area. My favorite was Comstock Saloon's Six Demon Bag, made with wind, fire and all that kind of thing [a nod to Big Trouble in Little China]. Also for the first time we had cocktail demos from each of the classic San Francisco bars.

Where's the experiential space headed in the next few years?

You're going to start to see a lot more niche festivals and smaller events built around certain genres or styles. You're going to see experiences that are more immersive. Some of the things we are working on revolve around TV shows. We're working with Friends and Seinfeld, doing almost full experiential entertainment amusement parks around those properties.

We're working with Warner Brothers on both, and we're creating whole little worlds around them. It's tied to the 25th anniversary of Friends, and the 30th anniversary for Seinfeld. We're calling the Friends experience "the one with the pop-up." Fans can explore the show and capture photos with set re-creations, props and costumes. It will run for a month, and we'll also have a Friends retail store. It opens Sept. 7 and runs through Oct. 6 [in New York]. Tickets went on sale Aug. 2 and sold out in a matter of hours. More information on the Seinfeld experience to come soon.

In the '70s, they had Star Trek conventions. These pop-ups sound like a reimagining of that. Every beloved TV show has a community you can tap into for long-term monetization.

Exactly. And those communities are out there. It's about bringing them together and giving them a new, unique experience. There have been conventions like that forever, but I think what we're trying to do is create something more immersive and an experience that will be really exciting.

What's the wildest promotional thing you've done for a brand at one of your events?

We did a thing at Bonnaroo [eight years ago for 5 Gum], a really cool stunt where we had a plane fly over the festival and drop these lights … People were blown away. They were just sitting there, watching the headliner, and all of a sudden, all of these thousands of lights were twinkling and coming down from the sky.

Any other favorite on-site festival activations from years' past?

Snake & Jake's Christmas Club Barn at Bonnaroo [since 2013]. What better way to spend a sunny June day in Tennessee than celebrating Christmas? We inherited the barn from a Fuse sponsorship and needed to figure out how to integrate it into the festival. We leaned on our roots in New Orleans and created a more Christmas version of the famous Snake & Jake's dive bar. The barn is now covered in neon lights, and features a heavy metal Christmas theme inside inspired by Roberta's Pizza and lots of fake snow.

Also, Beignets & Bounce Brunch at Outside Lands [in 2014]: When we debuted GastroMagic, no one quite knew if the mix of culinary programming with music and comedy would actually work. All of that washed away when we started letting fans come on stage and "twerk for their beignets." It wasn't very well run that first year, but it didn't matter, as everyone was reveling in the ridiculous powdered sugar mess.

We love to highlight the things that are great about the cities we inhabit. When we did Grandoozy in Denver last year, we created a ski lodge complete with fireplace, ski dancing videos and a stage of programming including "Trapped in the '80s" which mixed trap beats with classic '80s songs. [Grandoozy is currently on hiatus.]

Talk about creating the festivals themselves, the challenges. What mistakes do organizers make?

Not understanding the scale and how much work it takes to put these events on. It's a year-long process, and it takes a lot. If you're putting on a large-scale venture, you're creating a city for tens of thousands of people. Making sure it's a comfortable, safe experience for people is very difficult. With a lot of things that are going on in the world, we've had to get tighter on security and make sure these events are safe and that we have plans in place if things go wrong. So, it's really about having more preparation and kind of a handbook for what to do if certain situations arise.

What advice do you have for brands that want to be part of festivals?

It's really smart to have someone who can translate their brand and create an experience that people will react to, because you can just go there and hand out stuff at a booth, but it's not that interesting. If you really want people to remember your brand and have a connection with it, you've got to create some sort of experience they will remember. People really are expecting a lot more at this point. They're looking for a full entertainment experience. They want the awesome food and the cool immersive area. They want all this extra stuff. It's not about just going to see a couple bands now. You really need to have a full experience and a vibe.