Canna-Censored: The Challenges of Cannabis Marketing

As the industry grows, every platform and strategy has its hurdles 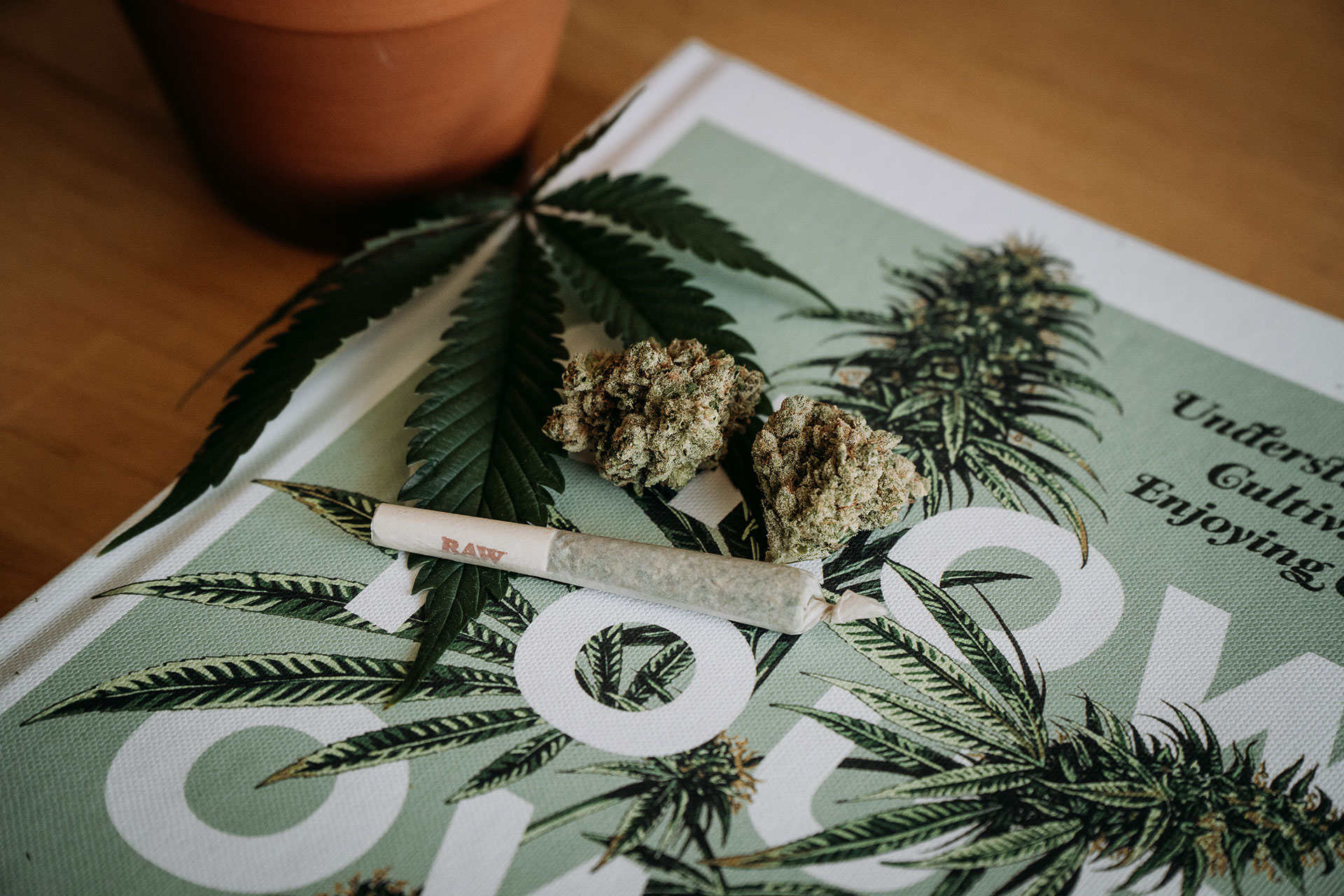 The cannabis revolution is here, but you may not have felt it yet. There's a reason. They can't market to you. Well, not like "normal" brands.

It has now been seven years since the first sale of legal recreational cannabis in the United States, and many in the industry are feeling the itch. As of June 2021, 9 in 10 Americans support some form of legalization, and 43 states have legalized in some way (whether recreational or medical use). However, the laws in these states often fail to allow businesses to operate in a way that reflects public sentiment and legal progress.

While alcohol is everywhere, cannabis is still in a gray area for many advertisers and media outlets. The laws around cannabis vary from state to state, and even city to city, so the game is always changing. Since cannabis is excluded from television and radio ad buys in most states, many brands are leaning toward traditional grassroots and omni-channel brand-building efforts to reach their customers.

In California, from Hyperwolf to Ease, many companies lean heavily on billboards (like the amazing Pride billboards from Cann). There's a reason—they seem to work, and currently have fewer restrictions than other avenues.

"It allows for a lot of different advertising that you wouldn't be able to do in alcohol," says senior marketing professional Jesse Brewer of 31 Labs and formerly of Young's Market. "In the wine and spirits world, there's somebody that makes alcohol, somebody that distributes alcohol, and then you have somebody that sells alcohol. In the state of California, you can't hold all three of those licenses."

Since cannabis companies can own the entire supply chain, some see those aspects as a huge advantage in the industry, compared to alcohol. But when the right to advertise on those channels is constantly being challenged, the advantage may not feel so great. After the recent Farmer v. Bureau of Cannabis Control case, California billboards have now been banned from any interstate roads or state highways that cross a state border. Another billboard challenge, AB-273, that recently failed its vote would have severely restricted billboard use.

"It's very difficult to track the ROI of billboards," says Cara Raffele, co-founder of MyJane.com and former VP of marketing for Manifest Seven's SoCal dispensary.

Cara conducted an exhaustive survey of 250,000 women in Southern California. Topics ranged from the marketing to the look and feel of the store, and the employees they hired. Cara and her team used this extensive customer data to formulate a perfect customer experience. After the foundation was set, they focused on educating their staff, as well as hosting community-building events to create lasting connections with their guests.

While Cara was one of the first to advertise on the backs of grocery store receipts to target her consumer, other brands like Grassdoor do traditional home mailers alongside their digital strategies.

During Covid, all events came to a halt and in-person community building was no longer an option. So the focus shifted to digital. But yes, you guessed it—digital solutions are also tricky.

"In many of our digital ads, we're not even allowed to write the word cannabis, and often can't use cannabis-related imagery," says digital marketer Amabelle Dela Cruz (People's, CV Sciences). "One the best basic tools is search engine optimization. It takes a lot of work over a longer period of time, but if it's done right … you can implement right away at little cost, if you have the right team."

Many know SEO as a necessary evil to get people to your website, but in cannabis it can be a game changer for dominating locally. That's why companies like Weedmaps, with SEO reach nationwide, have been so successful. As many battle it out in the long game for SEO dominance, some incorporate landing page ad strategies to circumvent the restrictions of Google. By sending people to branded sites, but with no mention of the products they sell, they are able to run ads and collect customer data while building brand awareness. Retailers like Cookies and MedMen set up separate merchandise sites, allowing them to run ads to those sites exclusively, increasing brand awareness, but still technically following the rules. These workarounds are common throughout the industry.

Social media also remains a challenge for those wanting a quick fix. While all law-abiding companies respect the "no direct sales" rules of social, retailer pages seem to be mysteriously suspended more frequently than brands do. Even when ads can be easily targeted based on age, no platform is allowing ad buys. That's when the importance of spending time to build a long-lasting omni-channel brand comes into play.

Angela Pih knows the challenges and opportunities of building iconic brands in the cannabis space. As CMO of California-based cannabis manufacturer Cannacraft (and formerly Papa & Barkley), Angela looks to the outliers to show what's possible.

"Look at retailers like Stiiizy," she says. "They have a really robust platform on social, and they are able to communicate both from a store level in terms of store activations, stories, culture, as well as their products. I think with cannabis, because it is highly regulated, and we don't have all of the conventional channels of marketing available to us; we have to think smarter. Really thinking all the way through, who are the people who are influencing a purchase? How are you going to grab someone's attention, and create and design a campaign that will be easily and flawlessly executable with all the regulations in mind? I think the short answer is being compliant, looking at maximizing all the available platforms that we can use as a cannabis brand, and also creating relevance to those target consumers or customer audiences, so you're actually providing useful and relevant information at the right time."

While Angela makes it sound so easy, she's right. We just have to look at all the opportunities we have available to us, but we also have to be patient. The alcohol industry didn't go from Prohibition to celebrity endorsements overnight. In fact, alcohol's Prohibition ended 88 years ago. Brands like Walgreen's grew from small businesses to empires from the sale of alcohol, but it took time.

Age of the Influencer

While Bruno Mars masterfully promotes his beautifully branded Panamanian rum SelvaRey all over television and social media, celebrity brands in cannabis are limited to the reach of what their social and PR channels will tolerate. New to the market is Seth Rogen's retro-inspired Houseplant, which launched this past spring to rave reviews, sellouts and wonderfully designed products. Caliva's partnership with Jay-Z, Monogram, also has an impeccably styled campaign. Jim Belushi even has a TV show about his brand, Growing Belushi, airing on Discovery.

From Willie Nelson to Snoop and Bob Marley's posthumous brand Marley Naturals, celebs sell, but not always well. There have been plenty of celebrity brands come and go already. The issues from product quality, supply chain logistics and a customer with a critical eye and demand for authenticity can strain brands that, from the outset, seem like good ideas. Other brands are wooing green-loving mainstream celebs like Chelsea Handler, while some jump on industry-facing social media influencers like Doggface208 and KoalaPuffs.

While you may be thinking this is all Marketing 101, it is, but imagine doing it, as Ginger Rodgers said, "backwards and in heels." That's what this industry is like. It's a fast paced, ever-changing environment. Every week can feel like a month, and every month a year. Many of these solutions need long-term execution and are very expensive. While many companies have blown through their budgets long ago, the legal cannabis market faces some struggles as they pay high taxes and lose billions to the illegal market.

As events return, many look forward to new opportunities opening up. Are consumption lounges and weed festivals on the horizon? Or will the marketing restrictions and legal headaches mean a slow burn for the industry? At the end of the day, doesn't cannabis sell itself? The people have spoken, and ultimately, weed is here to stay. 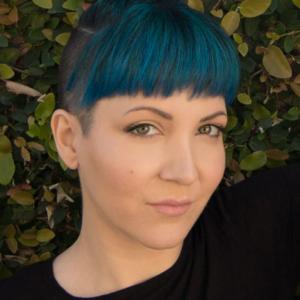