Cannabis-infused tonic bubbles up for Pride 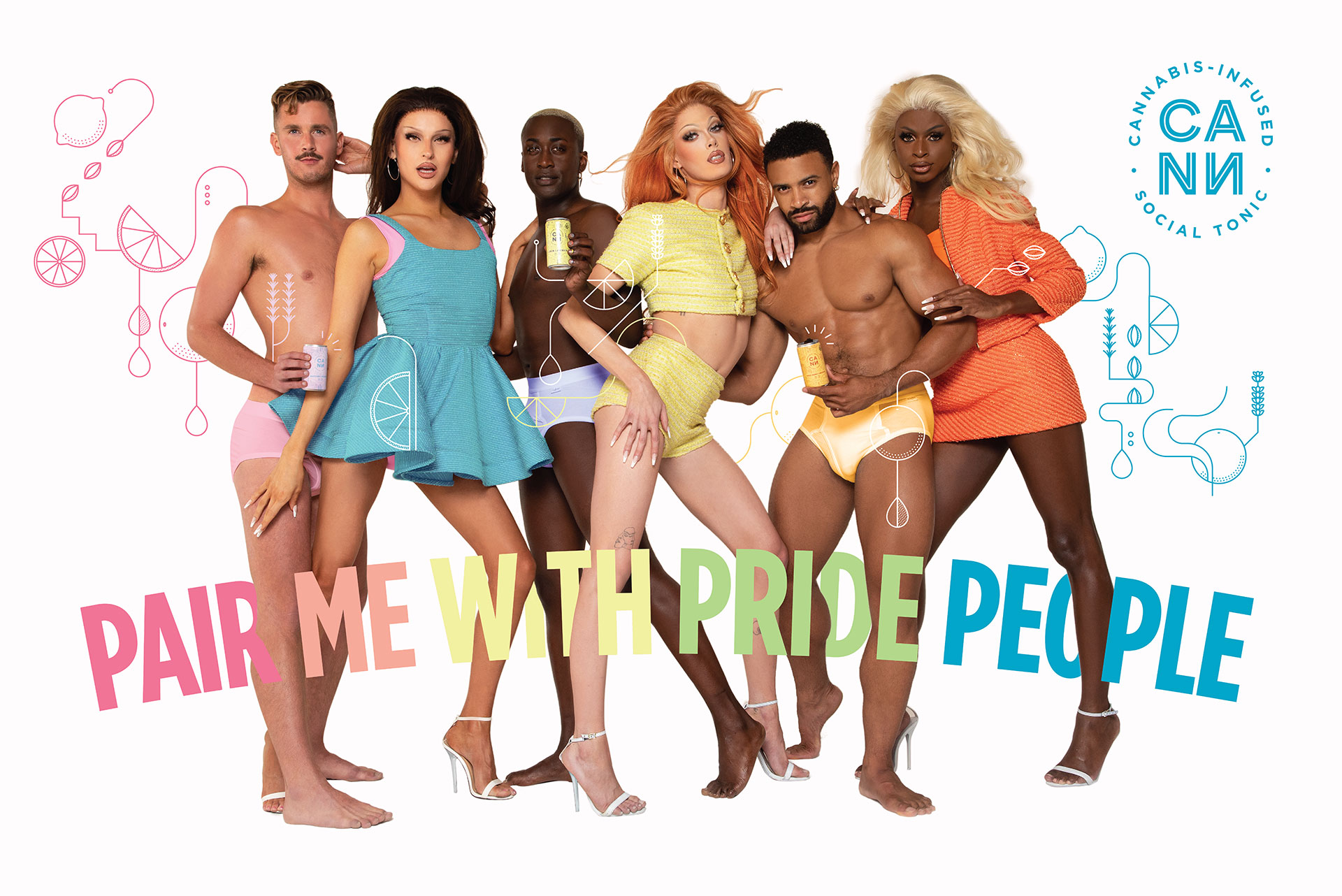 Pride Month is upon us. So here come the drag queens, 40 feet high!

Cann, a cannabis-infused tonic that bills itself as an alternative to hard seltzers, just launched bold billboards and installations in Los Angeles and other select markets. The ads feature drag artists Symone, Gigi Goode and Rosy Thorn. Musicians Vincint and Ken XY also appear, along with actor/model Adam Powell. 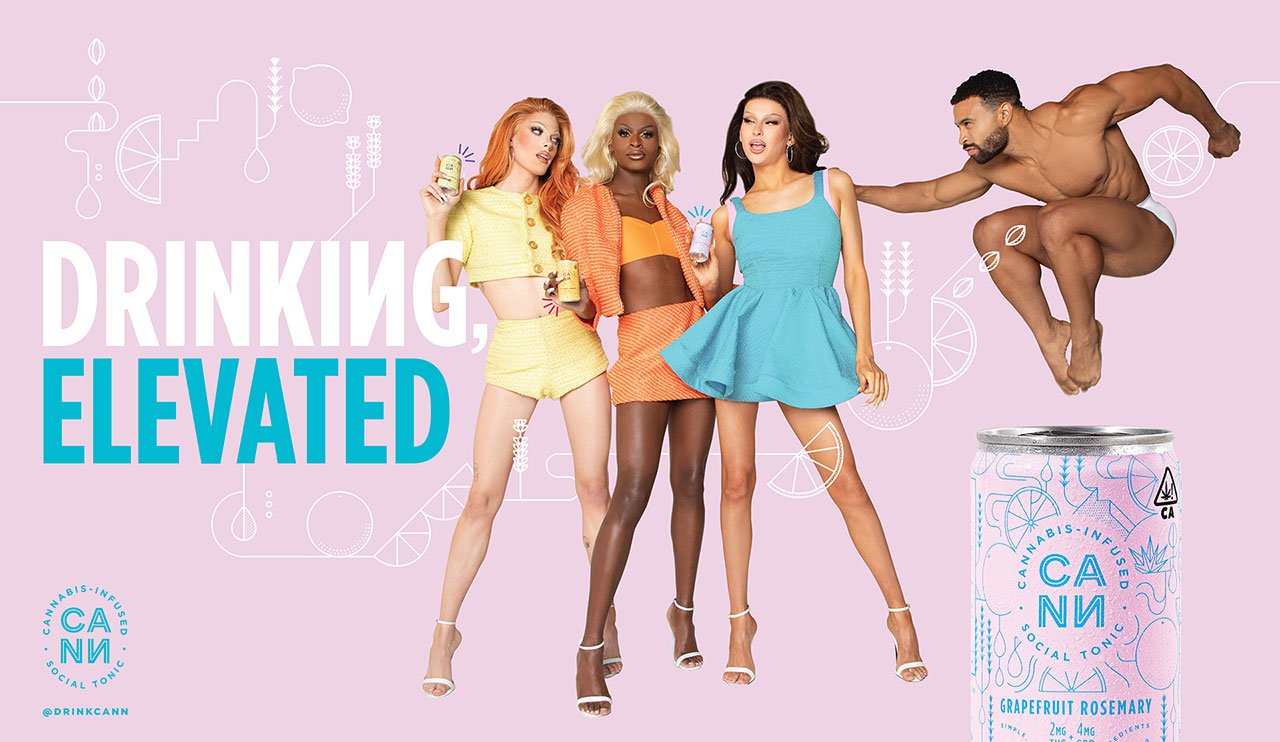 "As a queer-founded beverage company, we had a unique opportunity during Pride Month to tackle a couple of issues that have been problematic in our industry," Cann co-founder Luke Anderson tells Muse. "First, many beverage brands choose to objectify women in marketing materials in order to drive sales—and sadly, it's been rather effective in the past. Second, during Pride Month we often see brands slap a rainbow on their logo or create a limited-edition rainbow-colored SKU, which, although it's nice to raise basic awareness, can tokenize the LGBTQ+ community."

Ah, the Fantanas! Who could forget those four brandtastic gals who attained kitschy celebrity in the early 2000s while hyping Fanta soft drinks? (We had to google it, actually.) 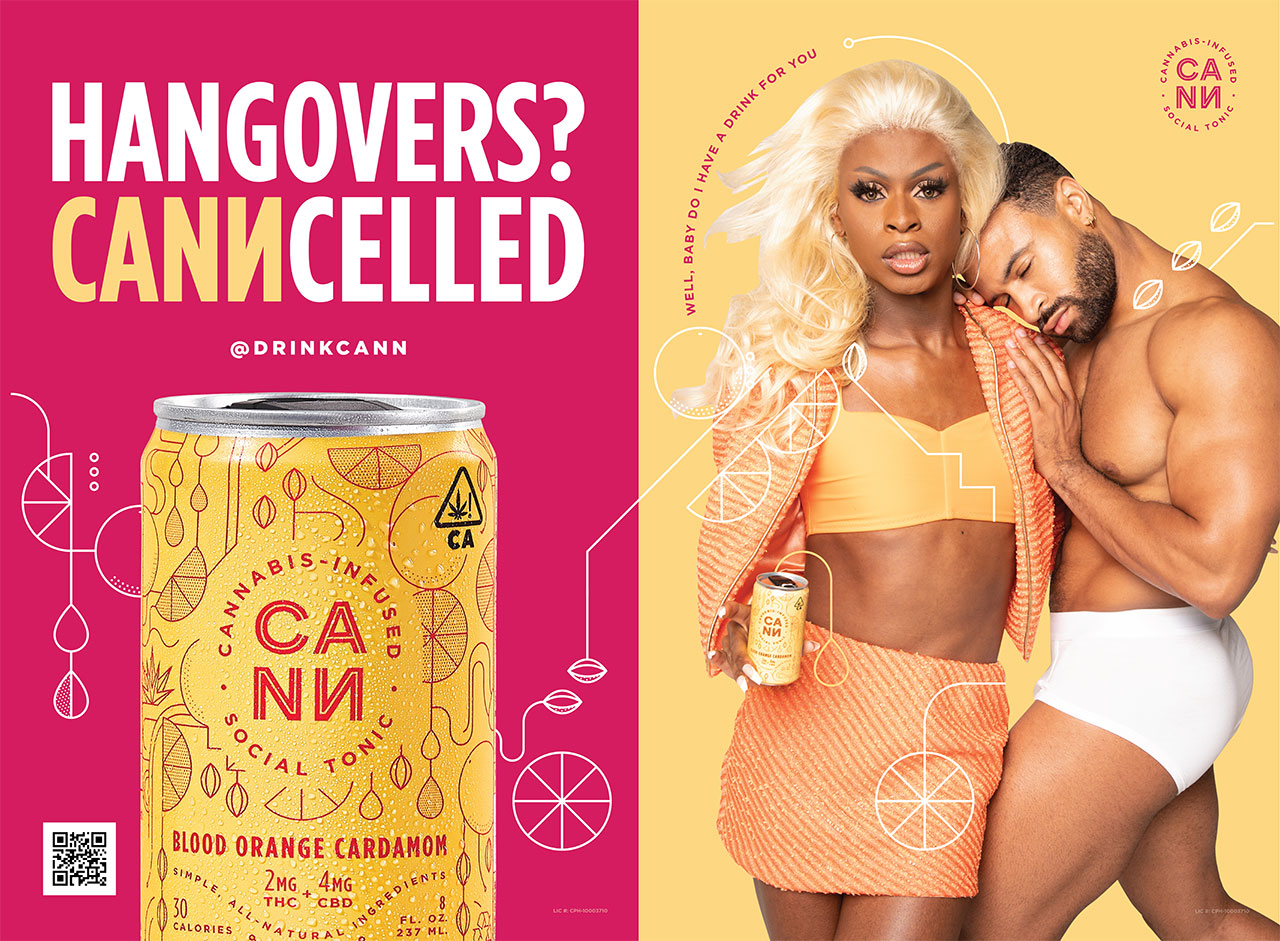 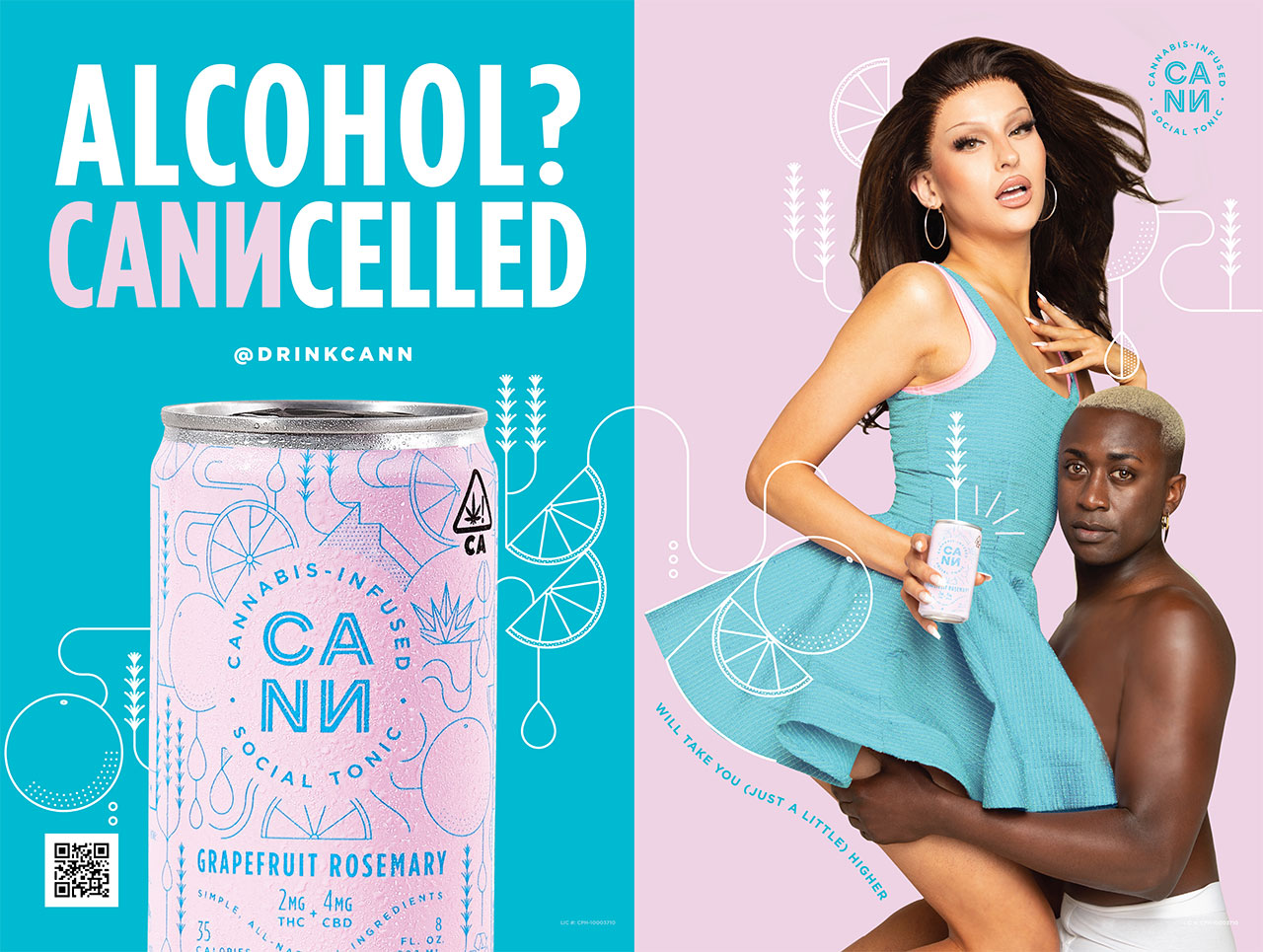 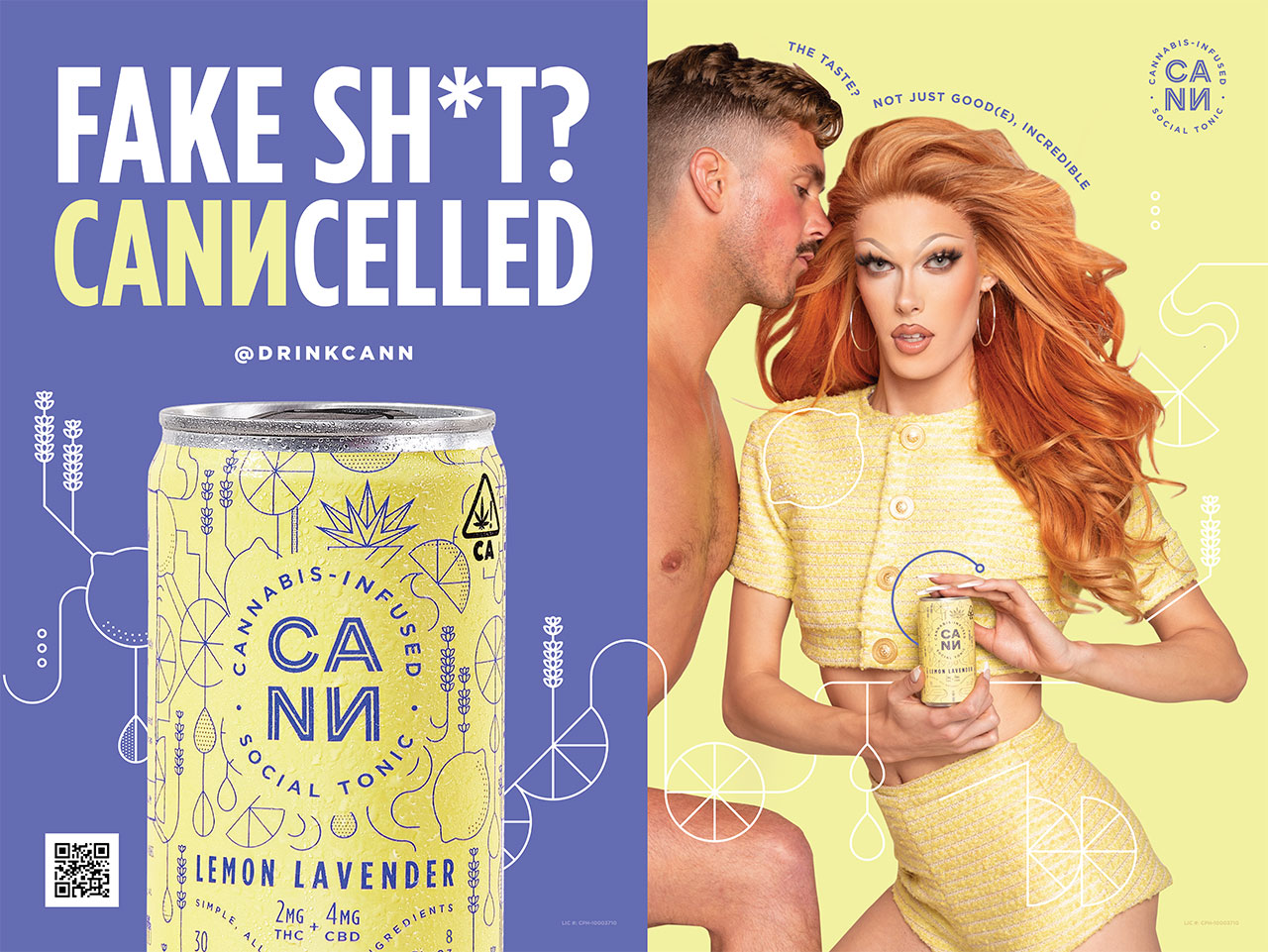 Cann's work skewers such aesthetics, along with campy/sexy billboard styles of yore from Chanel and Versace. Here, the queens appear in glorious drag, while the other dudes rock snug briefs, sending an appropriately effervescent message about adland's nagging tendency toward objectification. At the same time, pastel hues lovingly deconstruct the Pride rainbow.

From a brand standpoint, the ads position Cann as an alcohol substitute "that gets you a tiny bit high from 2 mg of THC," Anderson says. It "elevates" the social drinking experience, building buzz while "canceling" hangovers, he says.

"We are approaching Pride with intention—elevating queer artists at every touchpoint of the creative process," Anderson says. "And if some heterosexual men walk by the ads and think 'Wow, those girls are hot!' then we will have a chuckle."

Plus, "queer artists don't often get the mainstream recognition they deserve," he says, so spotlighting LGBTQ+ talent was essential.