When the munchies lead to blood, grit and death 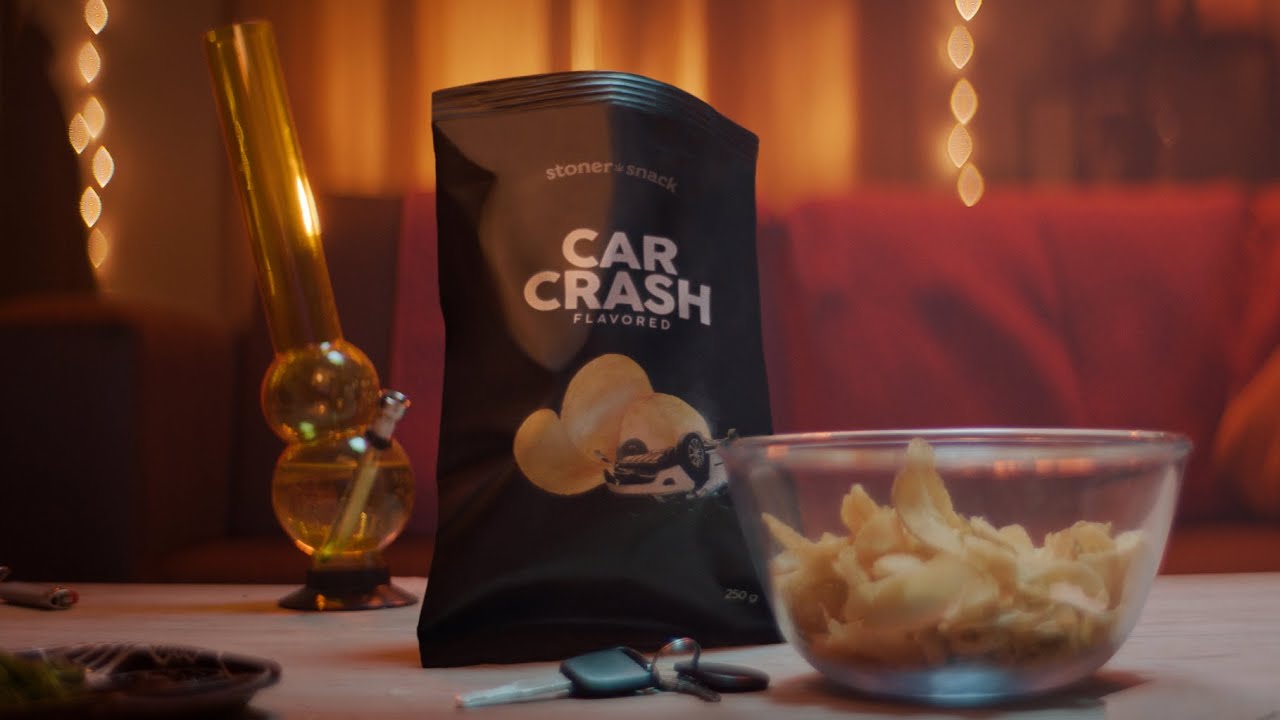 This road-safety campaign from Quebec is guaranteed to leave a bad taste in your mouth. A very bad taste. We're talking blood, metal and blacktop—all the flavors of violent highway death.

To discourage folks from diving after consuming cannabis, SAAQ, the Canadian agency that oversees vehicle licenses and auto insurance, produced potato crisps formulated to taste like an automobile accident.

Agency lg2 cooked up the unusual approach, and chronicled consumer reaction in this short film:

You'll need a six-pack of Liquid Death to wash that YUCK! away.

Per SAAQ, 40 percent of drivers killed in Quebec road accidents have legal or illegal drugs in their bloodstream, with more than 20 percent testing positive for pot.

Given those statistics, the team, "wanted to remind cannabis users that driving high is dangerous. We knew moralizing wouldn't have worked. Especially in these times of Covid, we're always being told what to do," lg2 copywriter Félix-Antoine Belleville tells Muse. "So, we had to come up with something cool and entertaining. Knowing cannabis users have the munchies after consuming pot, we thought, 'Why don't we give them a foretaste of the consequences of driving high?' That's when the car-crash-flavored chips popped out."

To nail the nasty taste, agency staffers recalled their own accident experiences, and asked friends and family members for input. "Those who remember usually say the same thing: It's a mix of blood and the taste of smoke coming from the motor and the tires," Belleville says.

Working with flavor designers at Foodarom, "we did zillions of tests to distill that unique car-crash taste, and finally got something close to the real thing. Even though we didn't have a thousand persons to confirm this was the exact taste, we are confident we were close enough based on the comments we received from our small group of testers. Definitely not the kind of taste you want to have on the road!"

"The crisps themselves are regular chips with some car crash flavor added," he says. "It's the same process they do with barbecue chips."

Lg2 distributed 500 nine-ounce bags of the foul snacks in universities and malls across Quebec and sent samples to influencers and media outlets.

"We wanted to talk to young users without moralizing, to come up with a simple idea that everyone would remember," Belleville says. "So far, the conversation and the demand for the bags are far beyond what we expected. The chips quickly became a meme. So, it's now embedded in pop culture."

In a companion effort, the client-agency team employs a fanciful touch to make drunk-driving disappear: