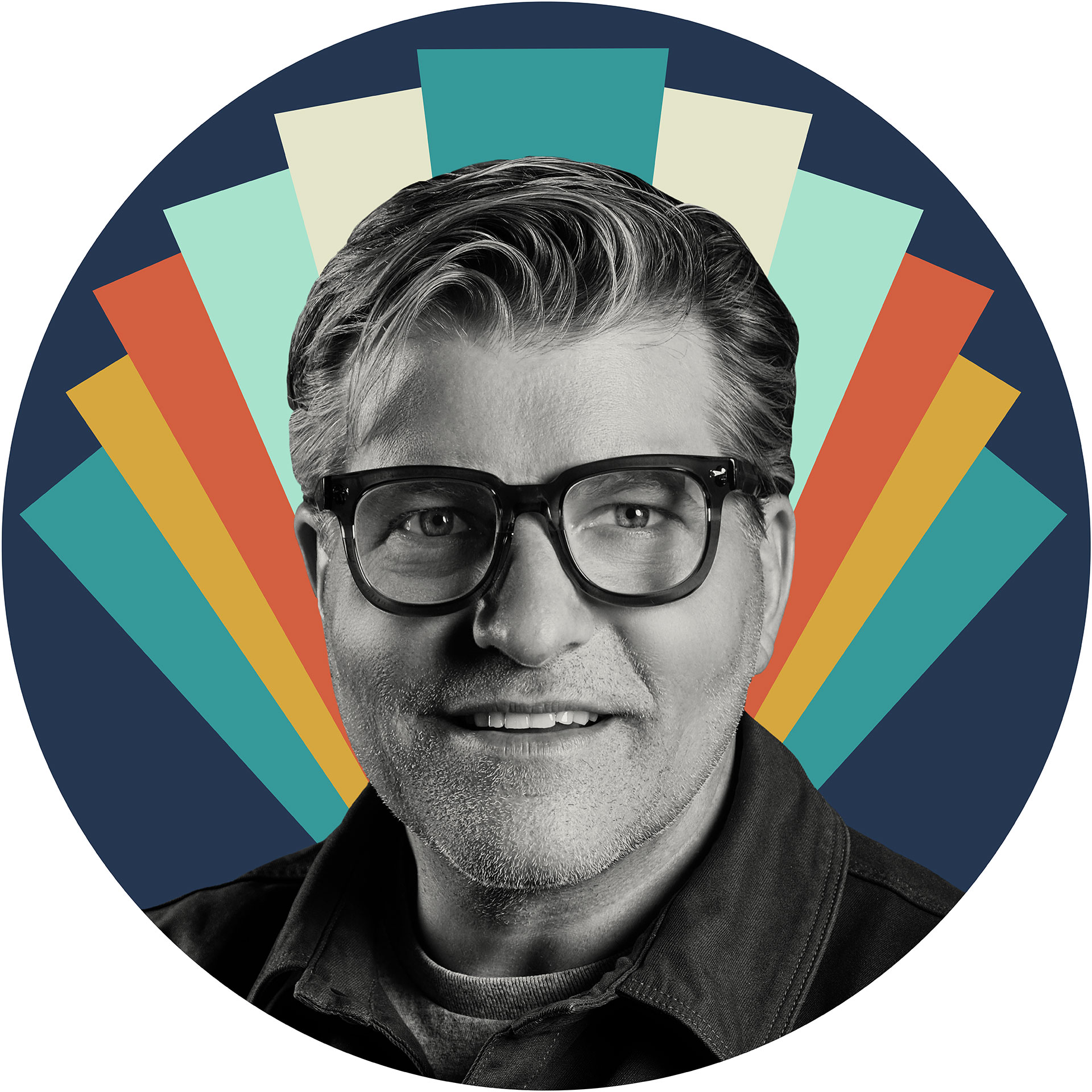 Mitch Monson is the svp of brand experience at Mirada, Trailer Park Group's live action and experiential division. Founded in 2010 by filmmaker Guillermo del Toro and director Mathew Cullen, Mirada has produced commercial/VFX and immersive experiences for clients such as Amazon, Netflix, Target, Katy Perry, and Viacom/CBS. Mitch joined Mirada in May 2020, where he was tasked with expanding the studio's footprint in full brand/identity design and development for advertising, music, feature film and broadcast industries.

Prior to Mirada, Mitch was vp of brand design and animation at MOCEAN and creative director/client partner at Trollbäck+Company. Through these roles, he led the rebrand of the BBC master brand, the NBC Sports brand identities for the last three Olympic Games, as well as new identities for Searchlight Pictures and multiple Marvel Studios films—including the upcoming Blade reboot and highly anticipated Black Widow. Mitch was also involved in the creation of the iconic Love Symbol for the internationally renowned artist Prince.

We spoke with Mitch for our Backstory series, where we chat with folks in the entertainment industry about their creative inspirations and more.

I was born in Minneapolis and, most recently, have been living in Los Angeles just over four years. I first lived in Los Angeles back in 2000, when I worked for 3 Ring Circus in Hollywood, and I have thoroughly enjoyed returning to the West Coast.

My first internship fortunately led to my first job at a state-of-the-art production studio within the leadership development firm Wilson Learning. The studio gave me an opportunity to experience a wide variety of production roles at the beginning of my career—i.e., live action shooting, editorial, sound, set construction, design, computer graphics, loading grip trucks, etc. That experience, coupled with access to strong mentors at the studio, helped me home in on my eventual career focus. Wilson Learning provided a very collaborative, nurturing culture. I'm grateful for that early guidance and knowledge-sharing on the part of those directors, editors, designers, etc.

At that time, Wilson Learning also happened to be located across the street from one of Prince's early recording studios. He could frequently be seen playing basketball with his crew outside in the studio lot. This proved a remarkable coincidence, given my creative intersection with Prince only a few years later.

In the late '80s, I partnered with two industry friends, Jamie Heuton and Jim Dailey, to build a post-production and design company called HDMG in Minneapolis.

In 1992, while we were still growing our business, Prince and his creative director, Sotera Tschetter, presented us with the opportunity to work on music video and performance elements for Prince's anticipated album following Diamonds and Pearls. Those initial collaborations with Prince, Sotera and  designer Lizz Luce led to additional work on music videos, concert staging, and ultimately the chance to design what would become Prince's iconic Love Symbol. We couldn't have anticipated that legacy. What an honor. 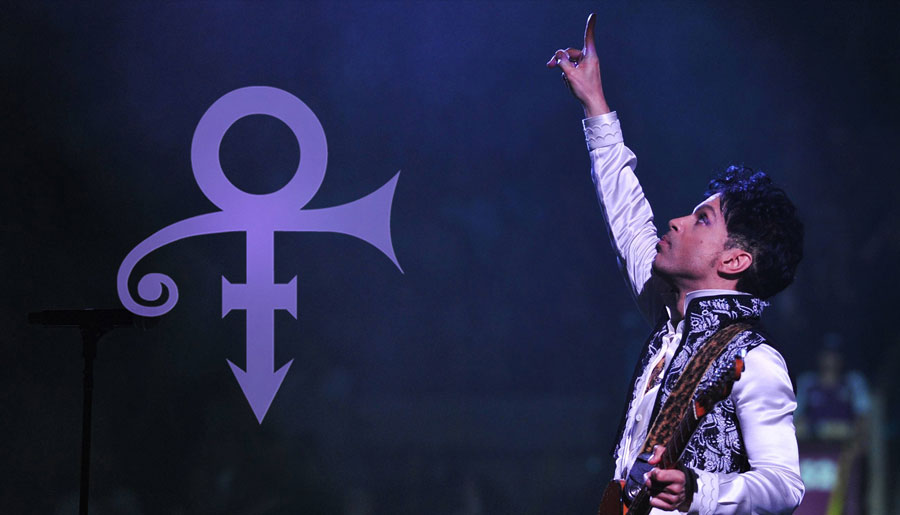 Navigating this experience so early in my career helped reinforce how critical it is to have a solid work ethic and invest your best in every project. This will always pay off—you just can't predict how or when. I also realized the importance of saying yes to new creative adventures early in my career, even if we didn't have the experience or all the answers. Collectively, my partners and I knew we could figure it out or collaborate with others that could. Our experience working on the Love Symbol and Prince's Love Symbol album was not only a collective creative and financial breakthrough, but it fundamentally changed how we worked. I think Questlove summed this up well in his 2016 interview with Rolling Stone, following Prince's passing:

"There's so much we all don't know. This is what I do know: Much of my motivation for waking up at 5 a.m. to work—and sometimes going to bed at 5 a.m. after work—came from him. Whenever it seemed like too steep a climb, I reminded myself that Prince did it, so I had to also. It was the only way to achieve that level of greatness (which was, of course, impossible, but that's aspirational thinking for ya). For the last 20 years, whenever I was up at 5 in the morning, I knew that Prince was up too, somewhere, in a sense sharing a workspace with me. For the last few days, 5 a.m. has felt different. It's just a lonely hour now, a cold time before the sun comes up." 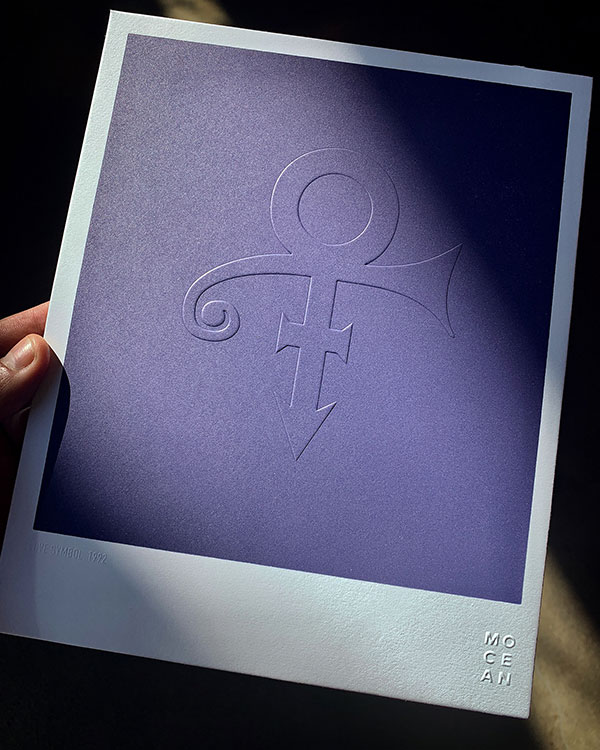 Terry Gilliam's Brazil. It has influenced so much of my sensibility for shooting, practical design and in-camera effects. In addition to Terry Gilliam's directing genius on this film, Norman Garwood's production design created a fascinating world that garnered him a 1985 Oscar nomination—and influenced so many films after that. Coincidentally, Garwood was also the production designer that Prince worked with on the Love Symbol album. More small industry circles.

Christopher Nolan's Inception. Best Nolan film of all time. Its unique concept and astonishing execution have yet to be matched, or even challenged. It is also impressive that such a technologically reliant movie feels simultaneously timeless. Nolan's visual mix of practical, in-camera effects with CGI in this film is simply stunning.

Scott Derrickson's Dr. Strange. One of my favorite Marvel Studios films. It superbly blends superheroes with the supernatural. Visually, Derrickson was definitely influenced by Inception, another huge bonus in this film. Dr. Strange is also one of the first Marvel Studios films I had the pleasure of working on with Adam Rosenblatt and the team at MOCEAN.

I have a single movie that answers both of these: Guillermo del Toro's The Shape of Water.

The "Escape" trailer. This trailer was creatively produced and edited by Matt Lian and Dylan O'Neil at MOCEAN. Our design team was also fortunate enough to collaborate with them both on this trailer. They taught us so much about creating a beautiful trailer that tells a strong story.

This trailer perfectly captures the elegance, romance and suspense of this Academy Award-winning film. It is also the trailer I would show every new client prospect, as context for the how and why we do this work.

Movie poster by James Jean. I am a longtime fan of the work of James Jean, and his untouched charcoal drawing for The Shape of Water is one of his best. Notably inspired by Gustav Klimt's The Kiss, the piece is quite unique for film key art and was understandably voted one of the top 20 movie posters of all time. To explore a bit more on James Jean, check out the museum experience Mirada created with him last year. 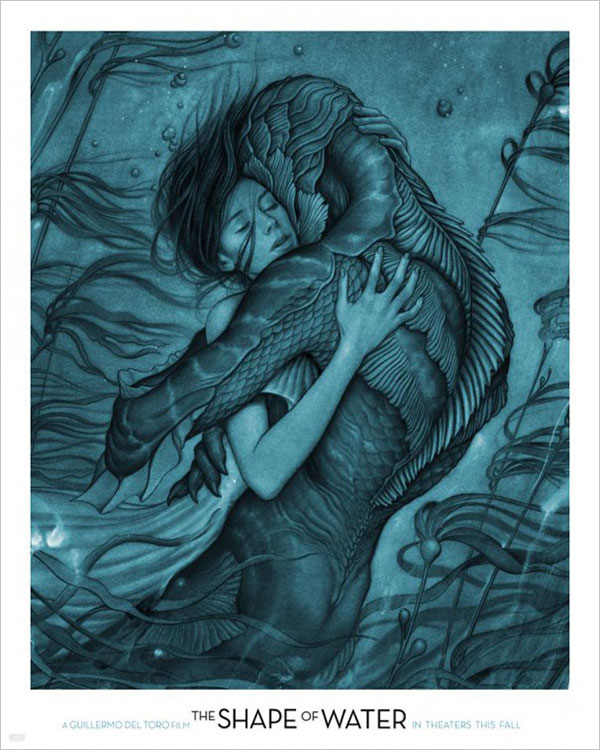 A classic TV show and a recent TV show that you loved?

Classic TV show: The Twilight Zone. This Rod Serling series featured some of Hollywood's biggest actors as well as some of the best stories ever presented on broadcast television.

Recent TV show: Too Old to Die Young. If you are a fan of Dutch filmmaker Nicolas Winding Refn (Drive, Neon Demon), then you need to experience this series on Amazon.

There are actually two:

There are two things I'd share from working on these Olympic projects. First, we know great clients produce great work. Mark and David are certainly some of the best clients in the business, and our collaborations have never failed to result in work we're all deeply proud of. Second, we always add new collaborators to the mix. There remain consistent key artists and designers we love to collaborate with on the Olympics, but it's important to welcome new talent and non-traditional collaborators into our process as well. Most recently, for the Tokyo identity, Burke Miles, Jamie Givens and Stanley Ng joined in the creative mix. 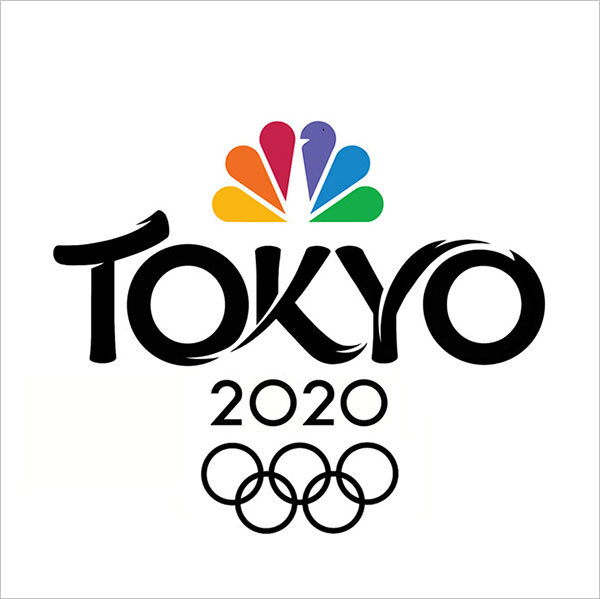 Searchlight Pictures refresh. It was an honor to be part of the refresh of a legendary piece of movie studio design and animation. It will be great to experience it in a large movie theater someday! 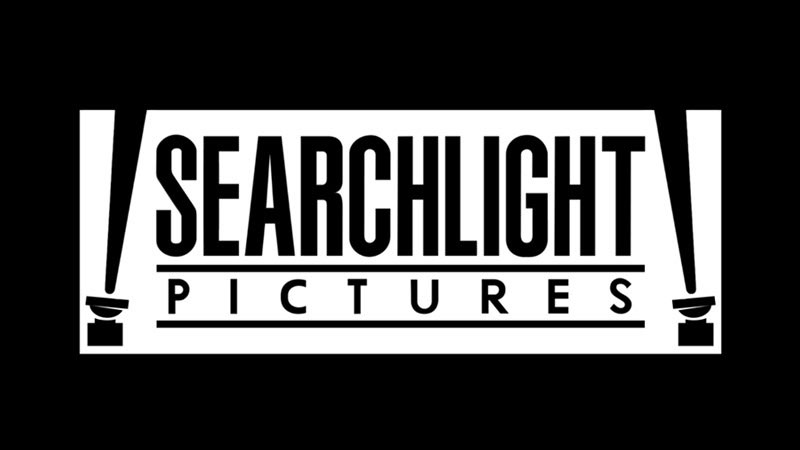 I'm not sure "admired" is a strong enough word for Trollbäck+Company's new work for the FX Networks type system. Their work on this project is simply stunning! The thoughtfulness and precision of how this system has been designed by Elliott Chaffer and the Trollbäck team is so satisfying. The lenticular style guide alone is something that should immediately be published and available in bookstores. Simply put, a recent online review of this system included the comment: "If Christopher Nolan did branding." That captures it pretty well.

One thing about how entertainment marketing is evolving that you're excited about?

I'm excited to see more educational and mentorship opportunities in the world of entertainment marketing for under-represented groups. Trailer Park Group is proud to be working on several new initiatives, both internally and with other creative industry partners, to more intentionally move the creative community forward and inspire creative leaders to take action. I'm personally involved with the .movtogether Initiative, which aims to close the gap on access and opportunity, as well as building a more diverse, inclusive future in entertainment, advertising and design. Officially launching in early 2021, our goal is to build awareness around career opportunities in these fields for diverse talent while breaking down the barriers of entry.

I've always had a passion for architecture and I frequently look to artists like Zaha Hadid, Thomas Heatherwick and Snohetta for visual inspiration in my own work. So if I hadn't ventured down the path of entertainment marketing in this life, I would probably be an architect or graphic designer at an international multi-disciplinary firm and working overseas.