Plus, his fondness for The Room and optical in-camera visual effects 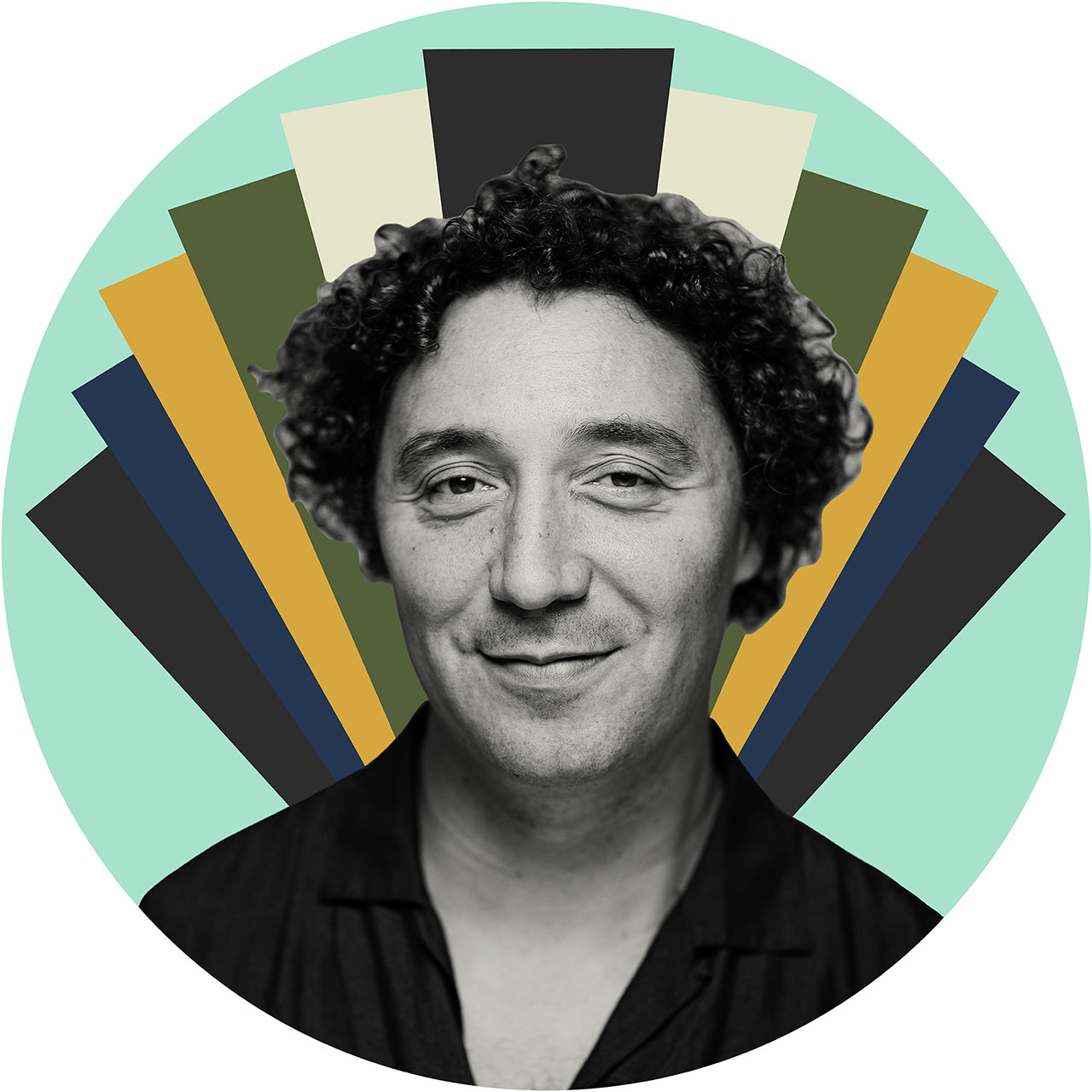 Elliott Chaffer is executive creative director of Trollbäck+Company, a New York design studio dedicated to building strategic identities, sustainable brands and moving experiences for clients such as Apple, Spotify and Nike. He believes in the power of beauty and logic to create impact, excitement and unique multiplatform identities.

We spoke with Elliott for our Backstory series, where we chat with folks in the entertainment industry about their creative inspirations and more.

Where were you born, and where do you live now.

I was born in London and moved to Brooklyn in 2007.

I got an internship working in the tape library at MTV Europe in London in 1994. Eventually, that led to a job in the on air/graphics department, where I cut my teeth making promos and title sequences under the watchful eye of the late and great Peter Dougherty. MTV was a great experimental experience, and a lot of my peers from those days are now creative collaborators and clients. A year after I left MTV, a fire started in our department that wiped out the adjacent tape library. It wasn't me, promise!

After leaving MTV, I co-founded a design collective in London called Milk Projects with some friends from MTV. It was a huge learning curve for us, as we were young, independent and idealistic, and it forced us to wear many hats, from running the studio to getting new business and doing the work. Clients ranged across network branding, title sequences, music videos, album covers, fashion and advertising. In 1998, we even published a coffee table art book, Sneakers: Size Isn't Everything, and an accompanying documentary film, about sneakerheads. But the biggest breakthrough for me was moving to New York and getting to pitch and work on a much bigger scale and range of creative projects. Some highlights have been filming Siamese fighting fish in Thailand for Apple's interactive iPhone 6 wallpapers, directing screen content for the Who's giant Super Bowl XLIV halftime show, and many other projects for different types of clients and screen sizes in between.

The Room, because the first time you see it you think the director is a genius and then you realize he is … just a different type of genius altogether!

I'm also a big fan of anything made by Michael Gondry, Spike Jonze, Mike Mills and Wes Anderson.

I love the insert shots that Satellite Lab created for Valkyrie's flashback in Thor: Ragnarok, directed by Taika Waititi. The effect they created with their patented DynamicLight technology and the way it moves around the actors is incredible. I'm all about in camera VFX, and these guys are right up there with this custom light rig they have created.

Recently, I have been working my way through The Sopranos and absolutely love it. The Wire and Breaking Bad were also amazing. I have also been loving Top Boy and Black Mirror on Netflix and especially love FX shows like Atlanta, Dave and What We Do in the Shadows. Fun fact: Stuart, one of the owners of Satellite Lab, stars prominently in Taika's original movie version of What We Do in the Shadows. Worlds collide!

I'm really proud of the rebrand we did for Fox Entertainment. It started with an extensive strategy phase and then a lot of design and animation across hundreds of deliverables. The client was so great at going to bat for bold creative, and the whole process was a joy to work on because we were all inspired and kept pushing and pushing each other.

Near to launch, they asked us to make an internal brand film to use as a rallying cry for all stakeholders to get on board with their bold, new, breakthrough identity. In a very short time, we conceived a really strong piece that communicated their new brand vision, starting off with bold messaging and 2-D animation that then keeps amplifying through a combination of photo-real CG and high-speed live-action scenes that I directed in Los Angeles. To date, this is my favorite piece of work, as it combines so many looks and styles with a strong throughline. I love telling brand stories and using design and film to inspire action, and I look forward to doing many more.

I'm all about optical in-camera visual effects, so an all-time favorite has to be "Apple Perspectives" by 1st Ave Machine. I later found out that my old business partner Steve Turner from Milk Projects in London was actually the ECD at Media Arts Lab who commissioned the spot. Worlds collide again!

Obviously, there is a lot of competition among all the streaming apps, and we have been lucky to have been involved in the branding and design systems for many of them. On the other hand, personally I'm really excited to start working in XR studio environments with real-time game-engine workflows and motion control cameras.

Another thing I'm really excited about is that BLM and other social justice movements this year have put some major pressure on this industry, and are inspiring a big push to get more diversity into all levels of the business. At Trollbäck+Company, we are proud to be working on an exciting new initiative to move the creative community forward and inspire creative leaders to take action, close the access and opportunity gap, and build a more diverse, inclusive future in entertainment, advertising and design. It's called .movtogether and we will be launching in 2021. I'm excited to look back in 10 years' time and see a definitive spike in new voices and talent out there, challenging us to think and see differently and continue to evolve our creative practices.

What would you be doing if you weren't in entertainment marketing .

Backstory is a weekly Muse series where we chat with folks in the world of entertainment marketing about their creative inspirations, their favorite movies, trailers, posters and more. To learn more about Backstory or our Clio Entertainment program, please get in touch.