A trip before your trip to Convergence Station 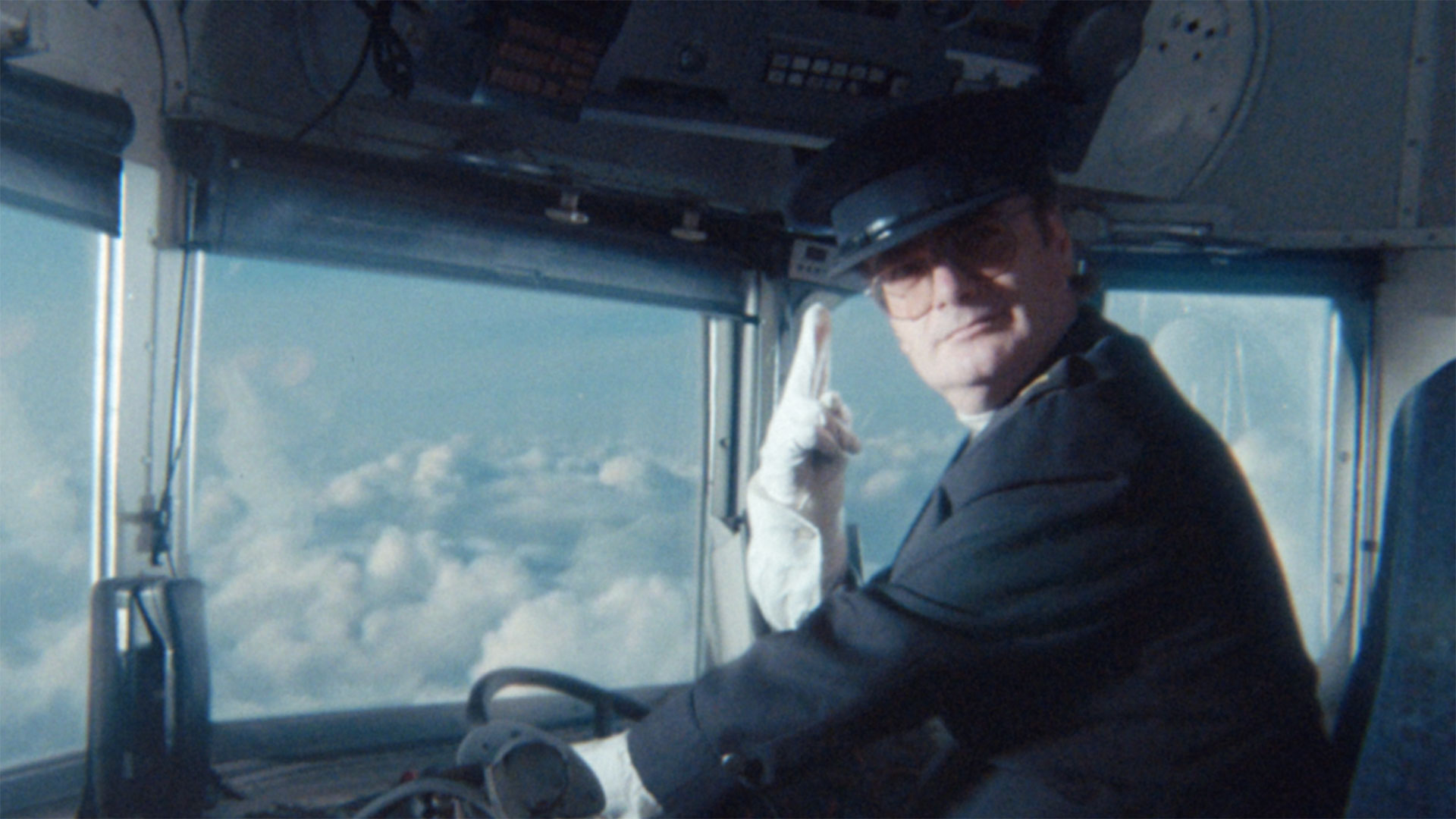 The pandemic has people pining for the trip of a lifetime—or even just a trip. And Meow Wolf would like to oblige with Convergence Station, its newest immersive exhibit in Denver, which it's promoting in surreal style via a tourism ad for the multiverse, produced with Wieden + Kennedy Portland.

Swedish director Andreas Nilsson and New Zealand musician Bret McKenzie (Flight of the Conchords) also worked on the 2:30 film below, which combines clips from vintage travel films with newly shot footage to exhort homebound, Covid-weary souls to "get out and see the worlds."

The kind of "transdimensional" experience promised in the spot is also what you'll enjoy at Convergence Station itself, a four-storey, multimedia art and entertainment exhibit with a particularly otherworldly theme—it's positioned as the first multiversal transit station on Earth, our portal to the QDOT multiversal transit authority.

Convergence Station | GET OUT AND SEE THE WORLDS

This is W+K's second campaign this year advertising a Meow Wolf exhibition. The first used a deepfake Willie Nelson to promote Omega Mart, a dystopian supermarket that opened in Las Vegas in February.

Along with the film for Convergence Station, W+K also put up cryptic billboards and created a pop-up newsstand in Denver's Union Station selling souvenirs from around the multiverse, which could only be purchased with memories, the exclusive currency of the converged worlds.

There were also mysterious fliers and other materials. 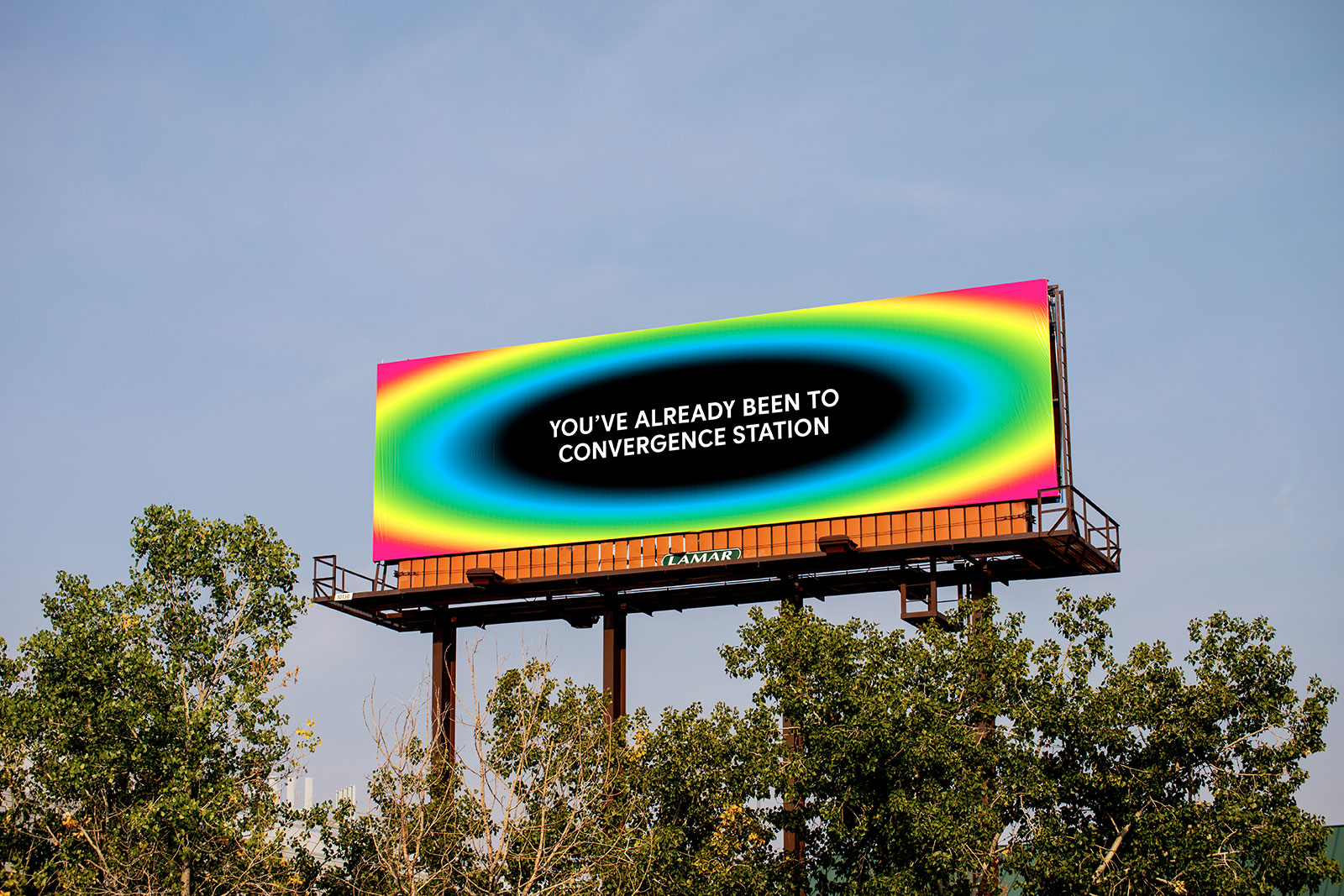 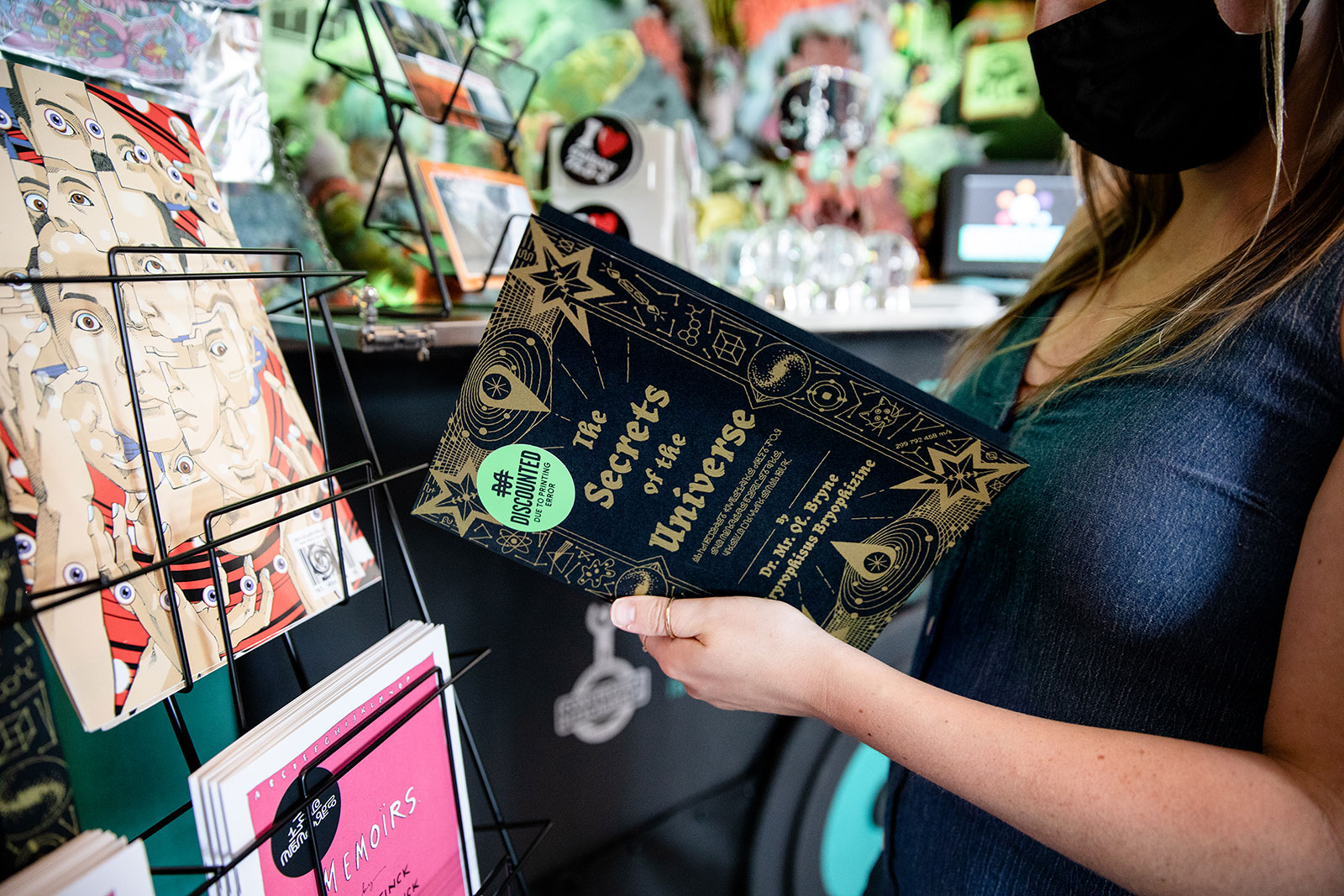 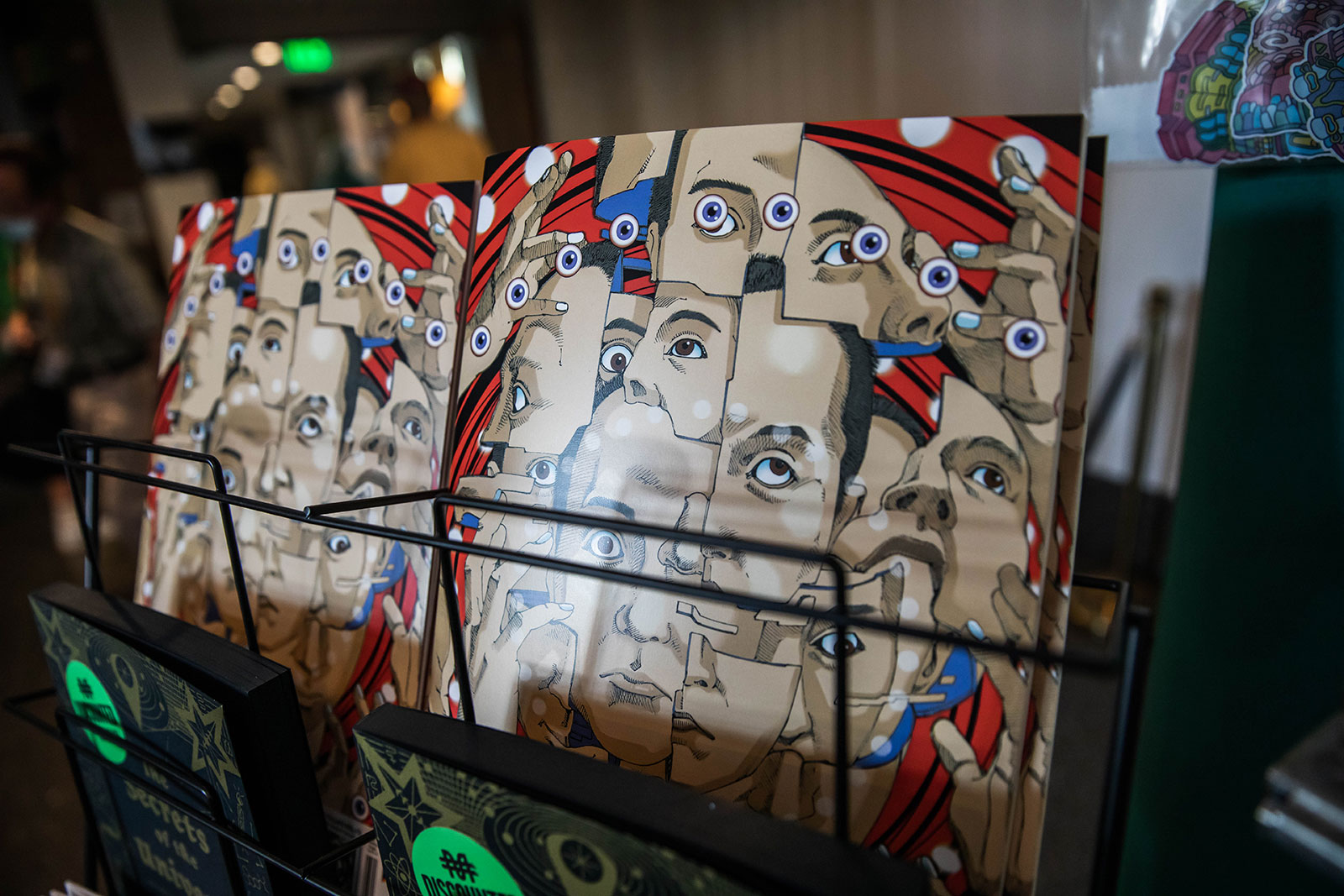 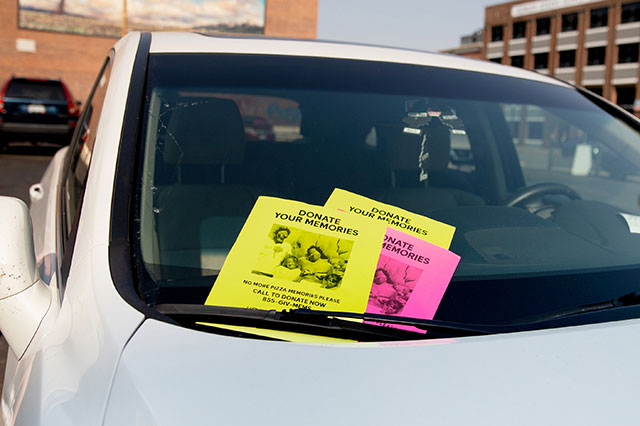 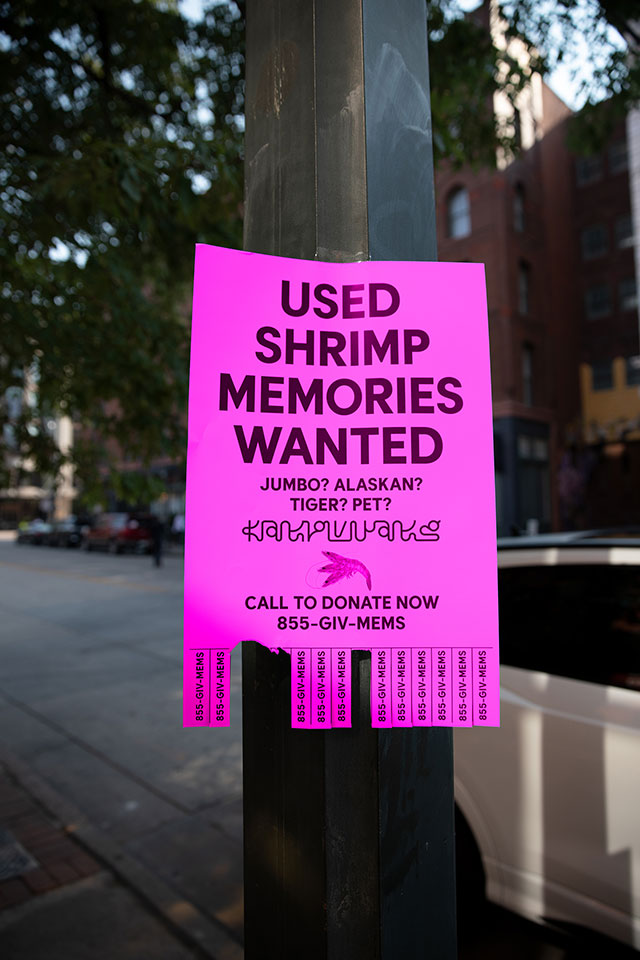 The whole campaign is exquisitely designed. We emailed with the creative team this week to learn more about its creation, and how such an assignment, with seemingly so few limitations, affects the team's creative thinking.

Muse: It must have been fun to dig into travel/tourism as a theme for this one, particularly given the 18 months of travel restrictions?

Yes, very much so.

So much of "travel" is the thing that happens in your imagination while you are waiting to leave. We tried to channel that as much as possible and also think back to the romance of travel pre-Instagram, vlogger, internet mono-culture.

We got into using these vintage travel films as a source on which to build our film because they feel exciting and naive in a wonderful way. How would it feel to have the opportunity to travel between dimensions, to visit other realities, to meet different versions of yourself? Maybe a bit like a kid looking at National Geographic in 1973 and imagining the endless possibility of unvisited places.

We tried to find footage that had that vibe and tangle it up with all the head-wrecking fun of multiverse theory.

Do you have any favorite moments from the film or campaign?

But here's one that encapsulates the wonderful chaos of this production.

We had just thought of the middle break in the film with the physicist and had cast last second for a real physics professor. This was in Barcelona and our best option ended up being a Japanese speaker.

We had a complicated script for him, which was written in English but was being relayed to him in Spanish, as English was his third language. Our director Andreas had the idea to shoot the scene in a classic BBC style with the dialogue overlapping a series of cuts between camera angles.

We were watching remotely from Portland, Oregon, in the wee hours of the morning and trying to figure out what was being said in Japanese and then relaying our comments in English, which was translated into Spanish and then Japanese.

But it all worked out smashingly, and the worried physicist became one of our favorite bits of the film.

How did Bret McKenzie get involved, and why was he right for this?

You might be surprised how short the list of artists who can write a catchy pop song filled with humorous references to quantum mechanics really is. Also, Bret is an exceptionally cool human being, a dream to work with, and blew us away with his first demo.

Plus, we've worked worked with the Bret and Andreas Nilsson combo in the past (see Old Spice "Dadsong"). Somehow they're both as nice and collaborative as they are talented, so it was kind of a no-brainer.

Does working with such a creative client like this make your job easier or harder?

How about infinitely better and a bit harder at the same time.

With the most interesting product in the universe and a client that is collaborative and supportive, there are truly no excuses. If you make an ad for an artist collective's imaginary travel company that takes you to other dimensions, it better be fun for real. So, it's a safer space to be more personal with creativity, but it's a bit scary, too. The bar we created for ourselves was really high.

The real joy of a project like this is collaboration. Other creative people see a brief like this and they pour themselves into it. The contributions of our director, editor, art department, visual effects and all the artists who worked on the campaign were beyond inspiring.