See the new film, plus 25 'trash capsules' up for sale

"You wanna put more trash on the internet?" groans Oscar the Grouch in an amusing new film from Squarespace.

A passerby has just told him that a website could help transform the misanthropic muppet's cruddy curbside creations—random hunks of junk he's been sorting on the street—into bankable outsider art. Once O.G. gets online, he becomes a top-of-the-heap sensation, with sold-out gallery shows, media appearances, limos and fast-rising fame.

With this new reality comes the realization that the press and public won't leave him alone. Ever. Oscar's in demand 24/7/365. "I've never been more miserable in my life," he moans.

Luckily, that's the green grump's favorite state of mind, so all ends well, with the magazine covers, adoring admirers and even his own Manhattan art museum. The film closes with the line, "A website makes it real," introduced in similarly themed ads last month (sans muppets).

"We hope to tap into the childhood nostalgia that Sesame Street evokes and get viewers to think back to the big dreams Sesame Street encouraged us to have when we were kids," Squarespace director of brand creative Ben Hughes tells Muse. "Oscar's journey is like many of our customers', and we want to convey that building a website is an important part of shaping your idea and bringing it to life. We hope that everyone who watches realizes that there is no better time than today to get started on making their dreams a reality—no matter how unconventional they may seem."

Twenty-five "trash capsules" inspired by Oscar's artwork (and signed by the Grouch) are up for sale. Proceeds will benefit Sesame Workshop, the nonprofit that produces Sesame Street. Justin Gignac, a real-life garbage artist and Squarespace customer, helped create the capsules, some of which you can check out below: 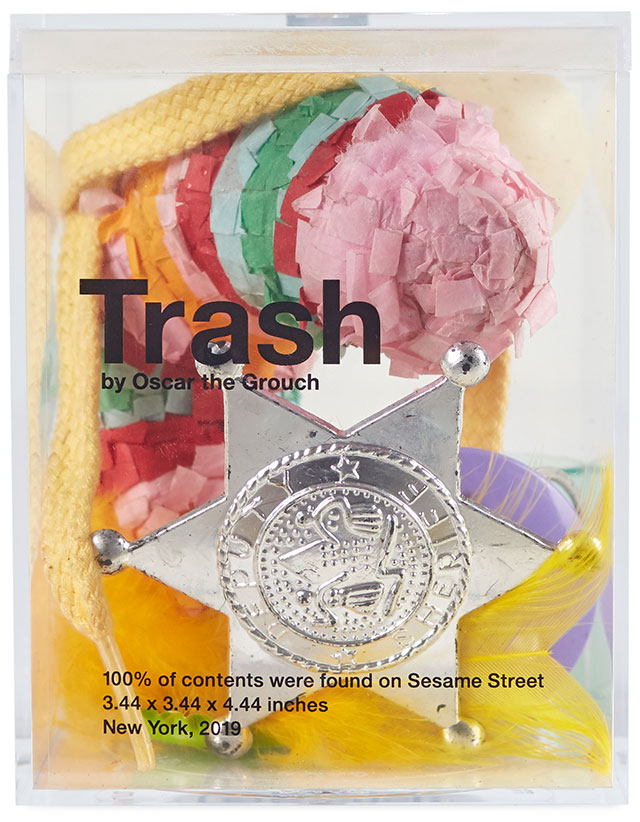 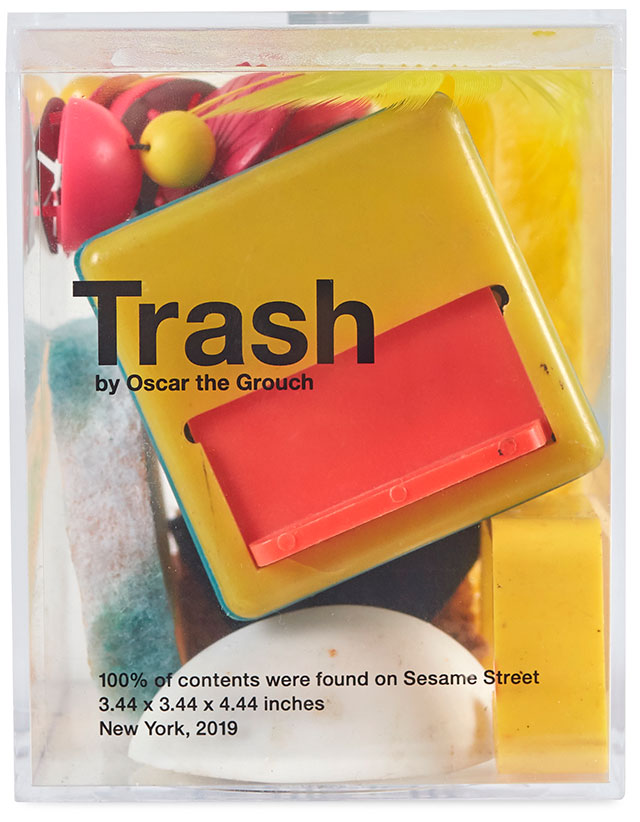 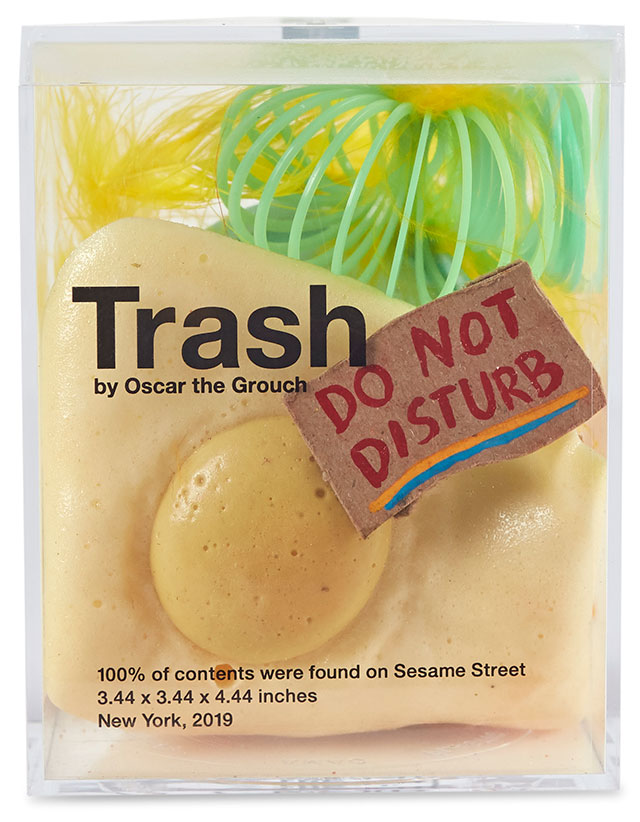 "When you shoot with a beloved character and huge trash sculptures on the streets of New York, you're going to attract a crowd," recalls Hughes. "The PAs and officers from the NYPD Movie and TV Unit had their hands full keeping curious onlookers out of our shots."

Getting the tone just right for an iconic imp in a commercial setting was paramount.

"We had a lot of on set conversations with Eric [Jacobson], the puppeteer who is the voice of Oscar, about how to phrase his lines in a way that would be true to the character," Hughes says. "Oscar is always grouchy, but never mean, so there were many debates about where a certain line reading was on that continuum. These puppeteers really inhabit their characters and were constantly bringing up amazing trivia. For example, Oscar has an online degree, so he's familiar with the internet even though he lives in a trash can."

Eat your heart out, Idris Elba!

In partnership with Sesame Workshop