Your Favorite Super Bowl Ads Ever, in 53 Words or Less

Ad veterans pick the top spots from 53 years of games 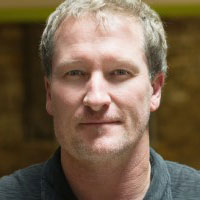 A good way to judge a favorite ad is one you could watch over and over and still laugh, cry or love. Reebok's 2003 Superbowl "Terry Tate Office Linebacker" never gets old. The details in the writing, direction and casting are all brilliant. Other than the resolution, it's timeless. And they are still having fun with it – did you see this? LOL. 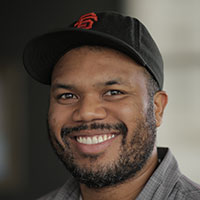 Nowadays, CEOs aren't willing to take big, public risks. But in 2003, Ron Felcher was. The result? A 46 percent increase in productivity. Sure, there were broken ribs. But those ribs gave us one of the most surprising, funny Super Bowl spots from a shoe company whose name doesn't rhyme with "likey." 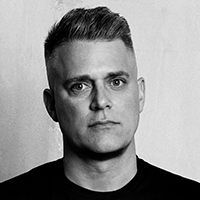 Taking the physical attitude and mentality of sport into the mundane stuffy office space: fabulous. I must admit, I would love to drop the B-O-O-M on the occasional cost consultant from time to time. 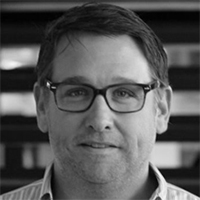 At last year's Super Bowl, Skittles used a clever yet mysterious approach to generate interest. By not broadcasting an ad to the public, and instead utilizing Facebook Live to show a single viewer's reaction, Skittles successfully stole attention away from some of the biggest advertisers and offered something truly unique. 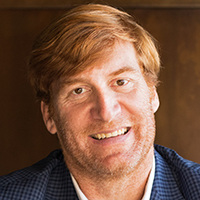 One of my favorite Super Bowl ads is the Snickers ad with Betty White. The idea and execution were fabulous. Additionally, the strategy of you not being you when you're hungry is equally brilliant. Plus, it made Betty White a household name again. 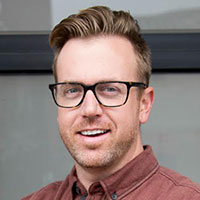 Founder and President, The Engine Is Red

The juxtaposition of Betty on the field immediately pulled us all in. Few personas are as relatable and loved as Betty. Tying an American icon we love to a feeling we all know was a brilliant and memorable way to launch the new "You aren't you when you're hungry" platform. 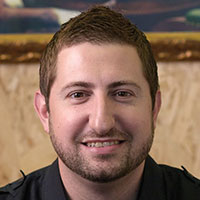 Simple truth with a brilliantly simple execution: When we're hangry, we're not ourselves. Celebrities are leveraged for all the right reasons here, supporting the core idea and making the spot much stronger as a result. Betty White talking trash. Abe Vigoda cameo. This spot makes me jealous every time I watch it. 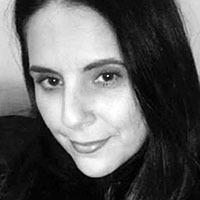 I love a good tear jerker, but the Snickers "hangry" campaign with Betty White is both hilarious and relatable. Snickers demonstrates the juxtaposition between who we are when we're "hangry" versus satisfied, while leveraging the great pop-culture icon Betty White in a way that feels authentic to her. 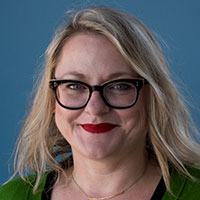 My all time favorite was Snickers with Betty White. Watching her get tackled and then hearing her smack talk kills me. Extra points for throwing in Abe Vigoda. 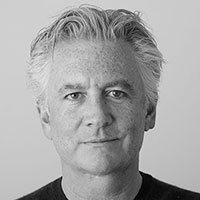 Creative Lead, The VIA Agency

Unlike many Super Bowl ads featuring celebs, this one is more than a gimmick. It's brilliantly crafted (as is the long-form companion piece). It's not only rare to see an actor of this stature in an ad, but also to see one performing brilliantly. 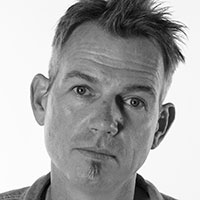 Simple is always better. With its "Mosquito" spot, Tabasco packed a lot into 30 seconds. They successfully showed viewers product usage and demonstrated the brand promise in a setting that was on-point. Beautifully cast, shot and edited, it says so much without a single spoken word. Simplicity at its finest; it holds up. 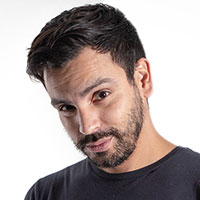 The Tabasco ad is a bit disgusting but very effective in conveying the product benefit. The commercial ingeniously emphasizes how hot the sauce is by showing a sweaty man on a swampy porch eating his Tabasco-drenched pizza and getting bitten by a mosquito—followed by the tragic consequence of the mosquito's action. 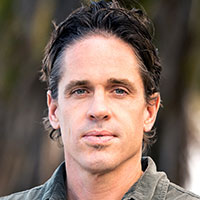 Favorite Super Bowl spot of all time? Tough. The Tide to Go "Talking Stain" spot was pretty great. Such a simple, insightful idea. There's nothing louder than a stain on someone's shirt. It's all you can look at. I love how the stain gets angrier and angrier as the interview goes on. Funny. 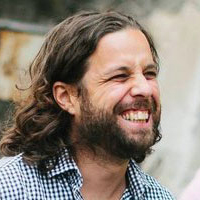 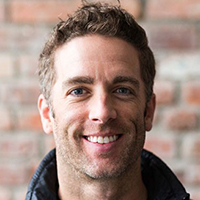 Tide's 2017 ad was brilliant, because it was so much more than an ad. It hijacked the game, culture and social media, all while upstaging all the following ads. Tide continued the brilliance in their 2018 Super Bowl ad series, by hijacking other brands in smart and funny spoofs. They changed the game. 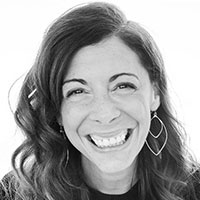 Wildly ambitious. Wildly self-aware. A fresh way to hack the other commercials and make the most of the media moment. All of which made me wildly envious. 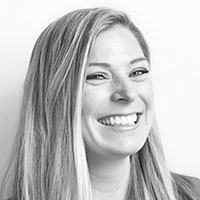 Creative Lead, The VIA Agency

Yes, it just came out last year. But with its simple insight and flawless execution, "It's a Tide Ad" earns a spot in Super Bowl history for hilariously hijacking the entire show, getting viewers and advertisers to question every ad they saw. Here's a 53-word writeup summed up in a single word: brilliant. 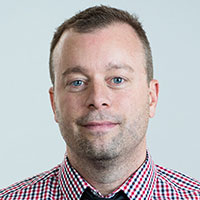 Bias alert: I used to work/currently work at the agencies that co-created this, Arnold and CPB. Still, asking "What if all companies sold products like tobacco?"—calling out the nefarious, literally homicidal tactics of Big Tobacco—on the world's biggest stage with this darkly hilarious fake product was pure genius. Hey kids, delicious! 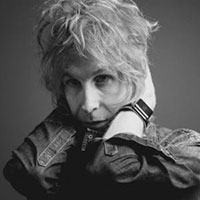 Many Super Bowl advertisers think that being mass means being broad—dumbing down the work and appealing to the lowest common denominator. This spot proved all that wrong. Smart, touching and effortlessly entertaining. It showed that the common denominator can actually be quite high. 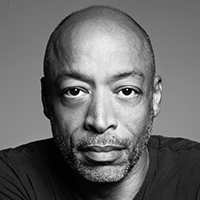 This one really sticks in my head and heart. It takes a product benefit, puts it in a real-life context and humanizes it by communicating the power of self-esteem and empathy blended with a touch of humor. A simple, powerful and effective creative execution with no words. Universally understood. 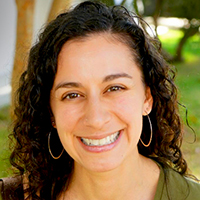 A contemporary classic, the Vader VW commercial says so much without even having any dialogue. It taps into a cultural theme, brings family to the forefront, and combines two beloved brands into one killer commercial. That we're still talking about it eight years later is a sign they did something very right. 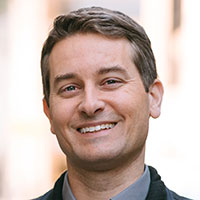 There was only one hope for a spot about Volkswagen's remote car starter. Little Darth Vader. From the opening musical chords to the final magical moment, "The Force" was a flawlessly executed idea that touched multiple generations in a way few Super Bowl ads have. Plus, I'm a sucker for anything Star Wars. 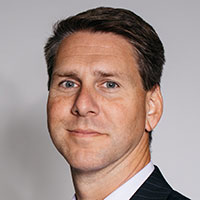 My favorite Super Bowl ad is Volkswagen's 2011 "The Force," as mini Darth Vader tries in vain to summon his evil powers. Beyond the nostalgia of Star Wars that resonated with viewers of all ages, the ad forever changed the way brands pre-release their commercials to generate buzz in advance of the game. 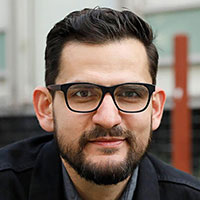 This spot has been dissected and theorized in every way, but what's fascinating to me is how simple it is. Besides all the Super Bowl hype, it reminds us all how a damn good ad should be. To complete 53 words, I'll sing the imperial march: TAN TAN TAN, TAN TARAN TAN TARAN ... ♫ 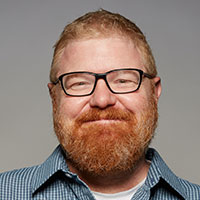 It was cute, funny and smart. Great casting. Costuming is spot on. They even used the actual "Imperial March" music for the spot. Possibly one of the best ads in the past decade. 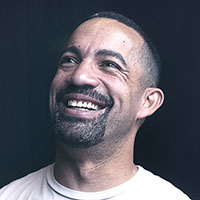 Favorite Super Bowl Ad ... wow that's a tough one. But Volkswagen's "The Bark Side" teaser immediately comes to mind. I mean, dogs and Star Wars—what's not to like? A car commercial with only one set, minimal custom design, no cars, an iconic track and one amazing idea. 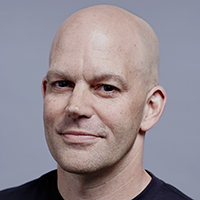 I love it when brands win by crashing the Super Bowl party, finding smart ways around the ridiculous costs. Volvo's 2015 "Interception" is a masterful example. It basically stole competitors' ad spends by tying a CTA to those spots, driving Volvo awareness during every break, instead of one or two big moments. 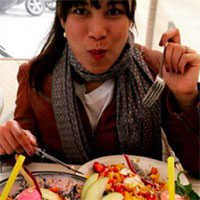 This is the opposite of fast, cameo-driven and overproduced—modern Super Bowl hallmarks. It tells this cornball tale with characters that seem to have backstories; I'd watch a show with Brother Dominic. I'm also reminded that, once, Xerox was a hallmark of innovation with a charming personality.