Underwear Brand Gives Tips on 'How a Gentleman Treats His Balls' 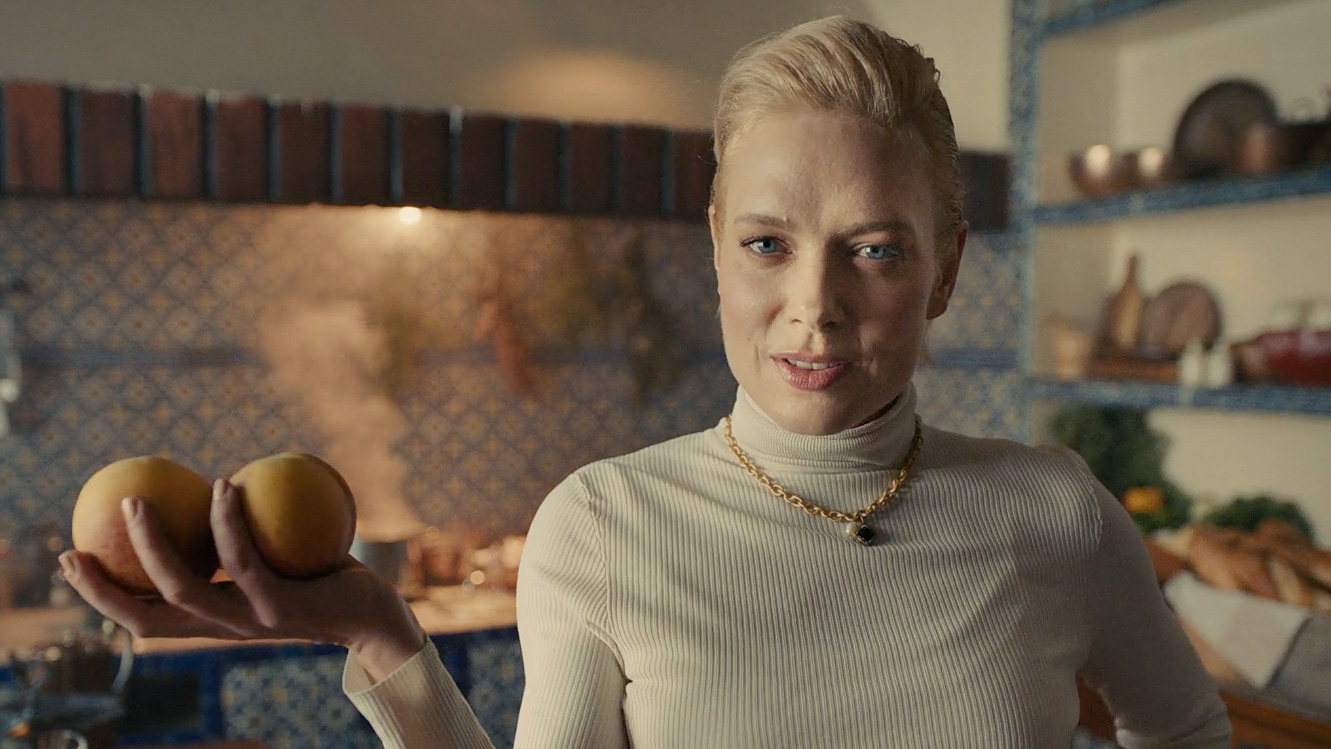 "Ballvertising" bounces to new heights thanks to Canadian premium underwear brand SAXX, which rolls out a U.S. launch campaign this week from creative agency Quality Meats.

Dutch actress Nina Bergman portrays a highly dignified "gentlewoman/ball connoisseur." (Her parents must be proud.) In a series of mildly NSFW spots, she strides nobly through assorted luxe interiors, surrounded by dudes clad only in SAXX.

"Are you a man or a gentleman?" she asks in the :30 above. "The answer lies in your pants. Your underpants. If your balls are flopping around all willy nilly, then you treat your manhood merely like a man. A gentleman nurtures his balls with a fine undergarment that perches them in a pillowy pouch. For they hold the very seeds of life itself."

It took stones to say that. Please, tell us more.

"A gentleman's balls are a beautiful delicate man-fruit," Bergman proclaims in the next ad, set in a gourmet kitchen. "As such, they should be bagged separately, like a pair of soft, fuzzy peaches, to maintain freshness at all times."

Running across OTT channels and social media, the campaign—impeccably staged by Prettybird director Kitao Sakurai—introduces the line "How a gentleman treats his balls," and includes this comfy-nestling pair of :15s, too:

"We wanted to reposition and elevate underwear as a way to care for one of the most important parts of ourselves," Gordy Sang, co-chief creative officer at Quality Meats, tells Muse. (That agency name just keeps popping up in these below-the-belt campaigns.)

"As for the actual execution, we found it interesting that this company dedicated entirely to the comfort of men's balls was mainly female-run and thought the messaging would be more powerful to guys coming from a hero female character," Sang says.

Hey, if Bergman wants to hang out and talk testicles, we're all ears!

Naturally, the work primarily targets men, but Quality Meats believes a strong female presence should help expand the audience and amplify the message.

"We wanted the significant others, the lovers of said balls, questioning if the man they're with is properly equipped to care for anything," says agency co-CCO Brian Siedband. "Most guys want to be seen as a 'gentleman'—in a caring, respectable sense. And most significant others want to be with one. There's inherent humor in the contrast between the sophisticated 'gentlemanly' world and, well—balls."

SAXX competitors Bonds and Hanes have probed similar territory but Sang believes his agency's take rocks in its own special way.

"The Bonds work is incredible," he concedes. "But within the U.S., most brands tip-toe carefully or playfully around how they speak about balls. Our blunt approach hopefully makes people realize the importance of balls, and that there's a right way and a wrong way to care for them."

It's all about comfort—on so many levels.

"We've never said the word 'balls' so many times in business meetings," Siedband recalls. "Our client is incredibly used to it, almost numb to it. But for us, it was a bit of an ... adjustment. Now, we just have to remember to not say it in our non-SAXX business meetings. Unless everyone else becomes more comfortable talking about balls, that is. Which would be a good thing. It's 2022, balls shouldn't be taboo."

We'll sign off by dangling some posters and OOH elements: 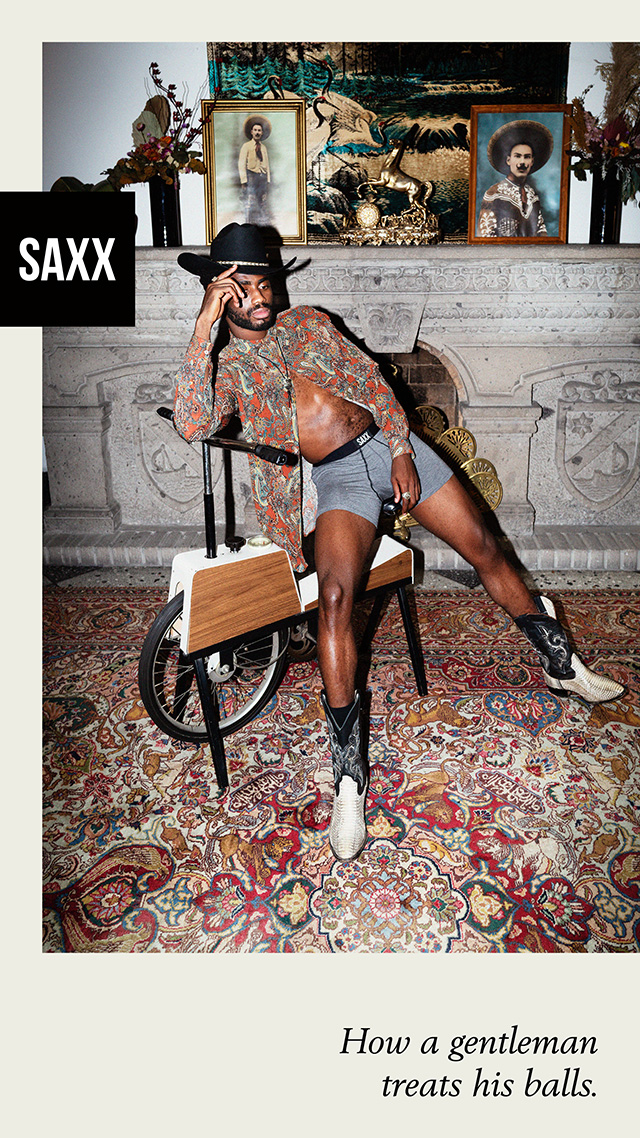 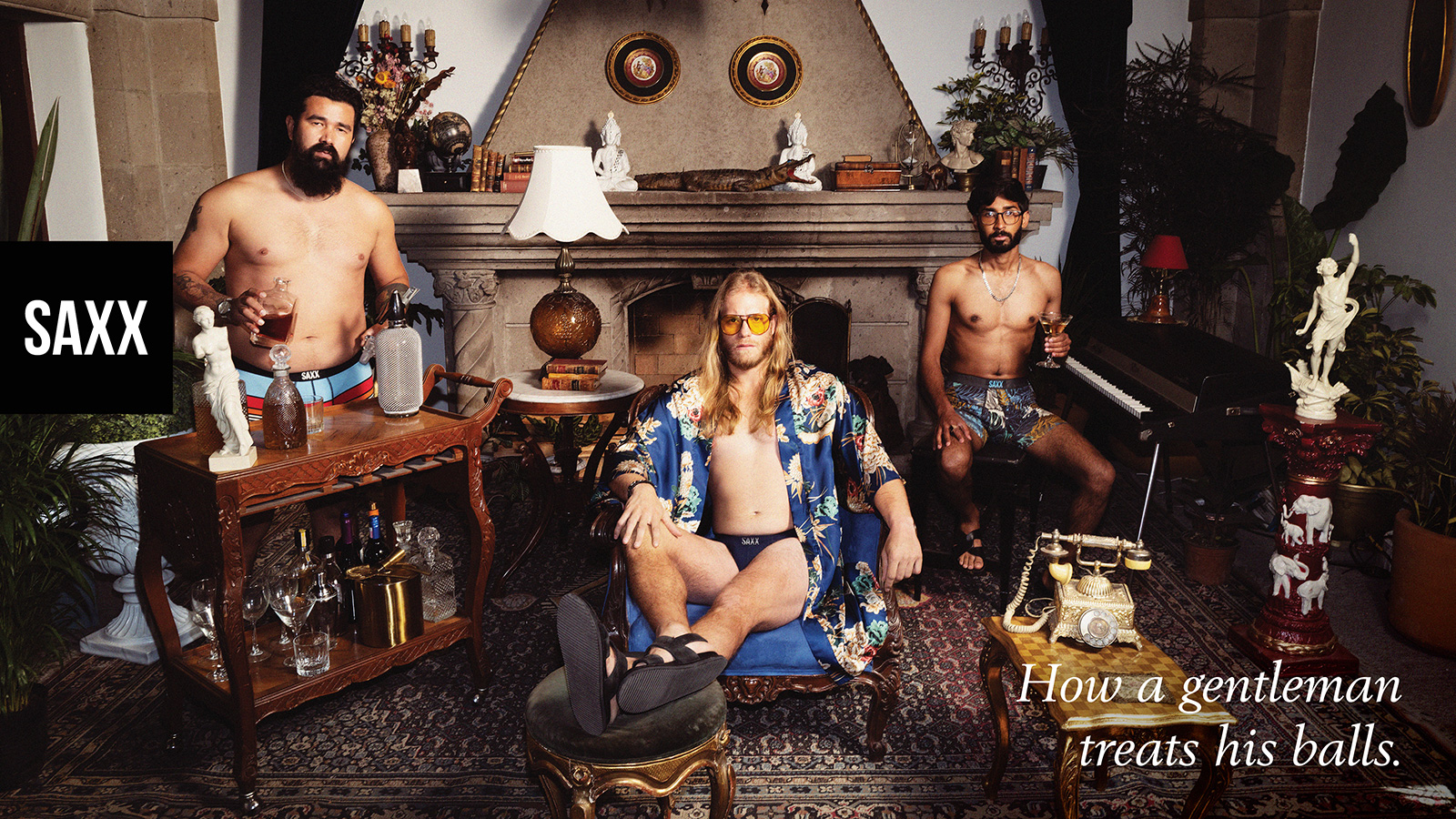 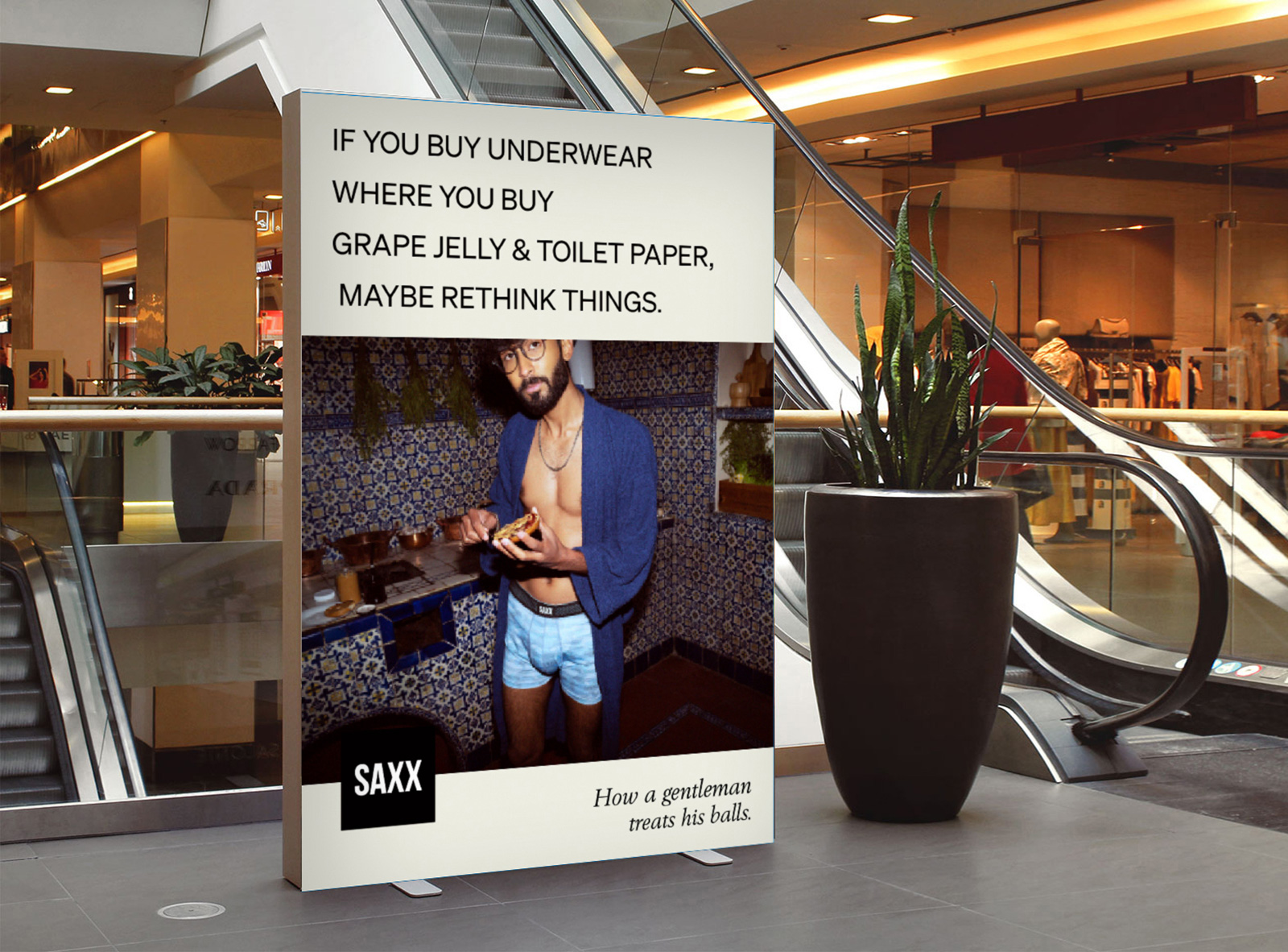 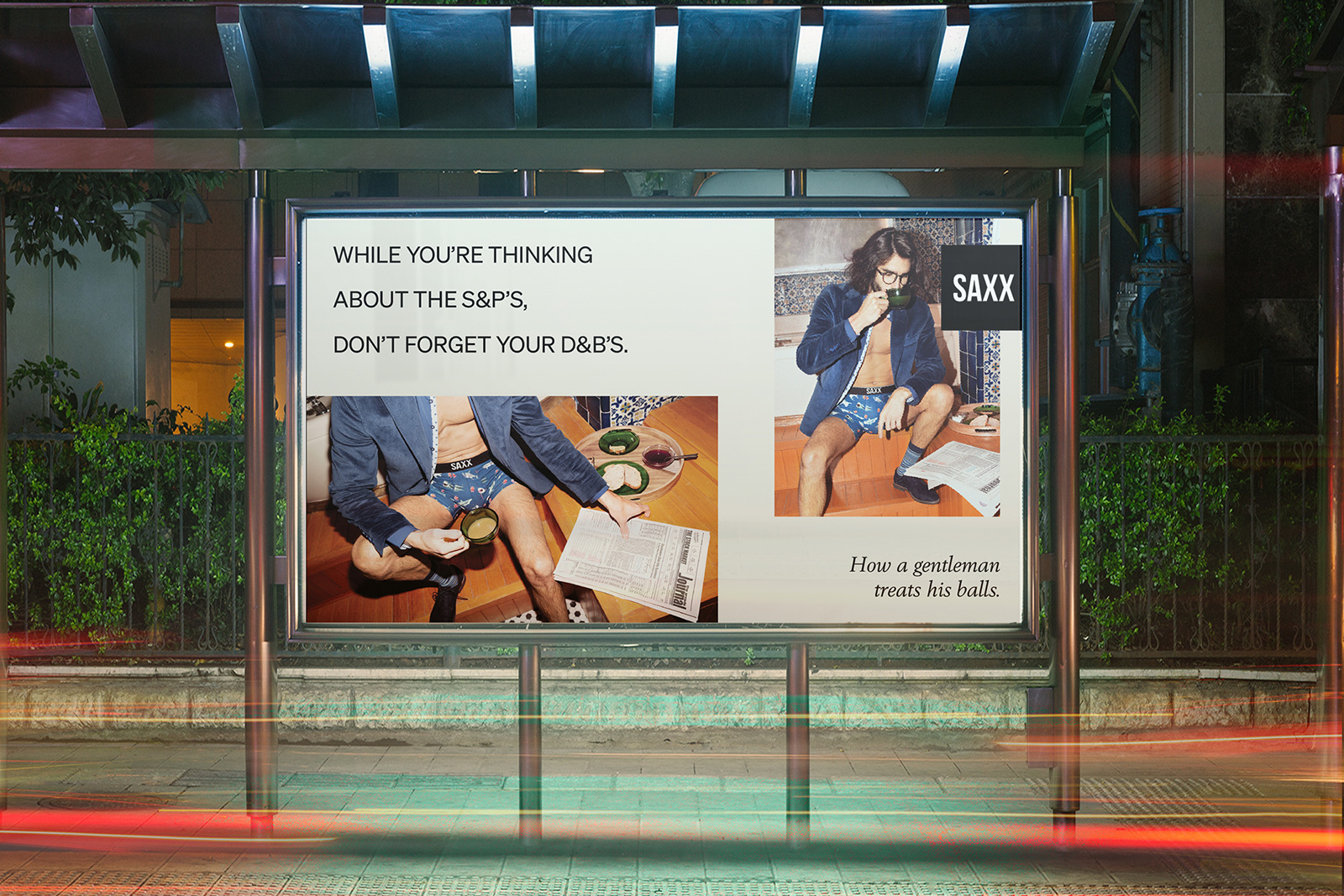 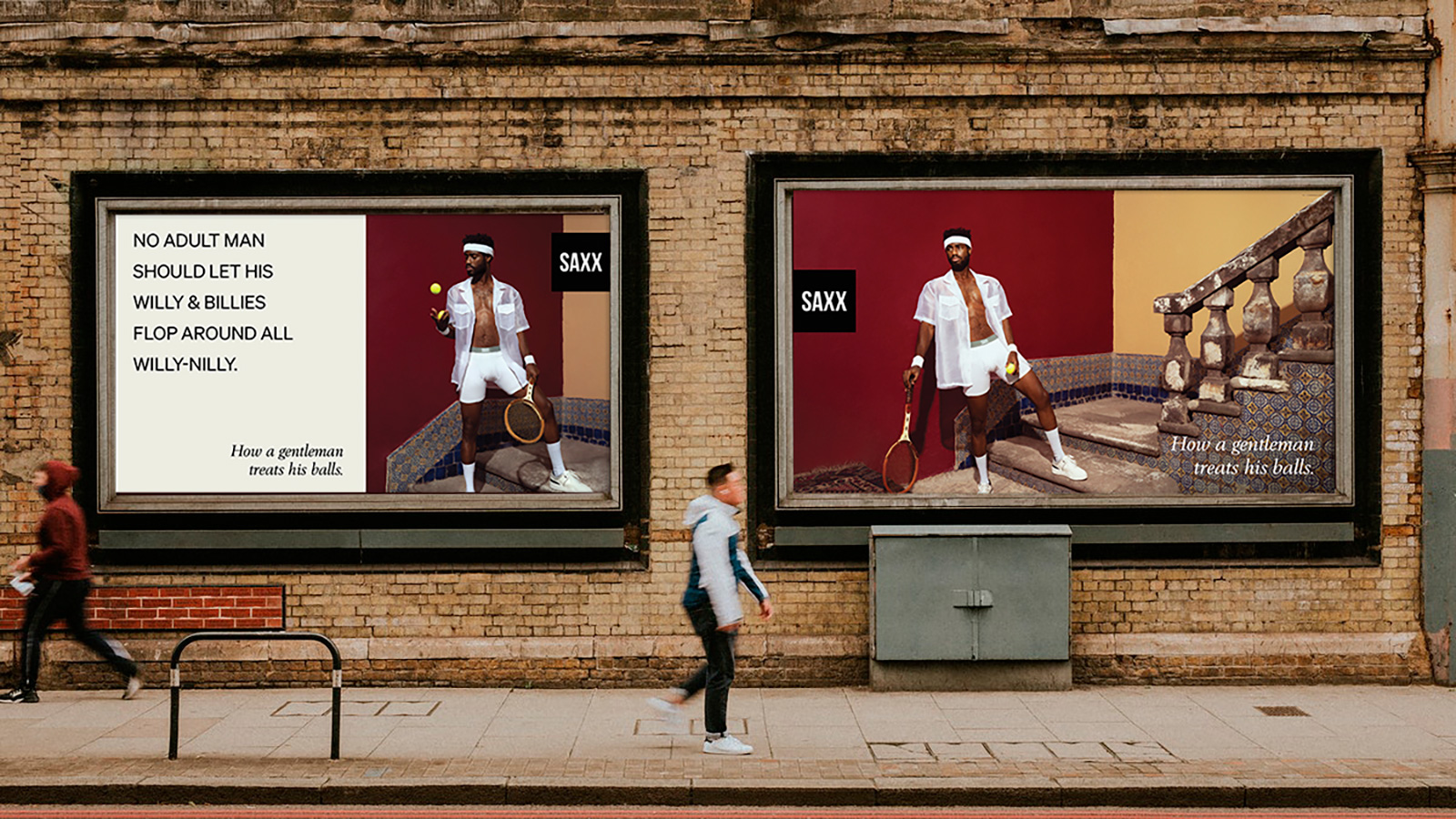