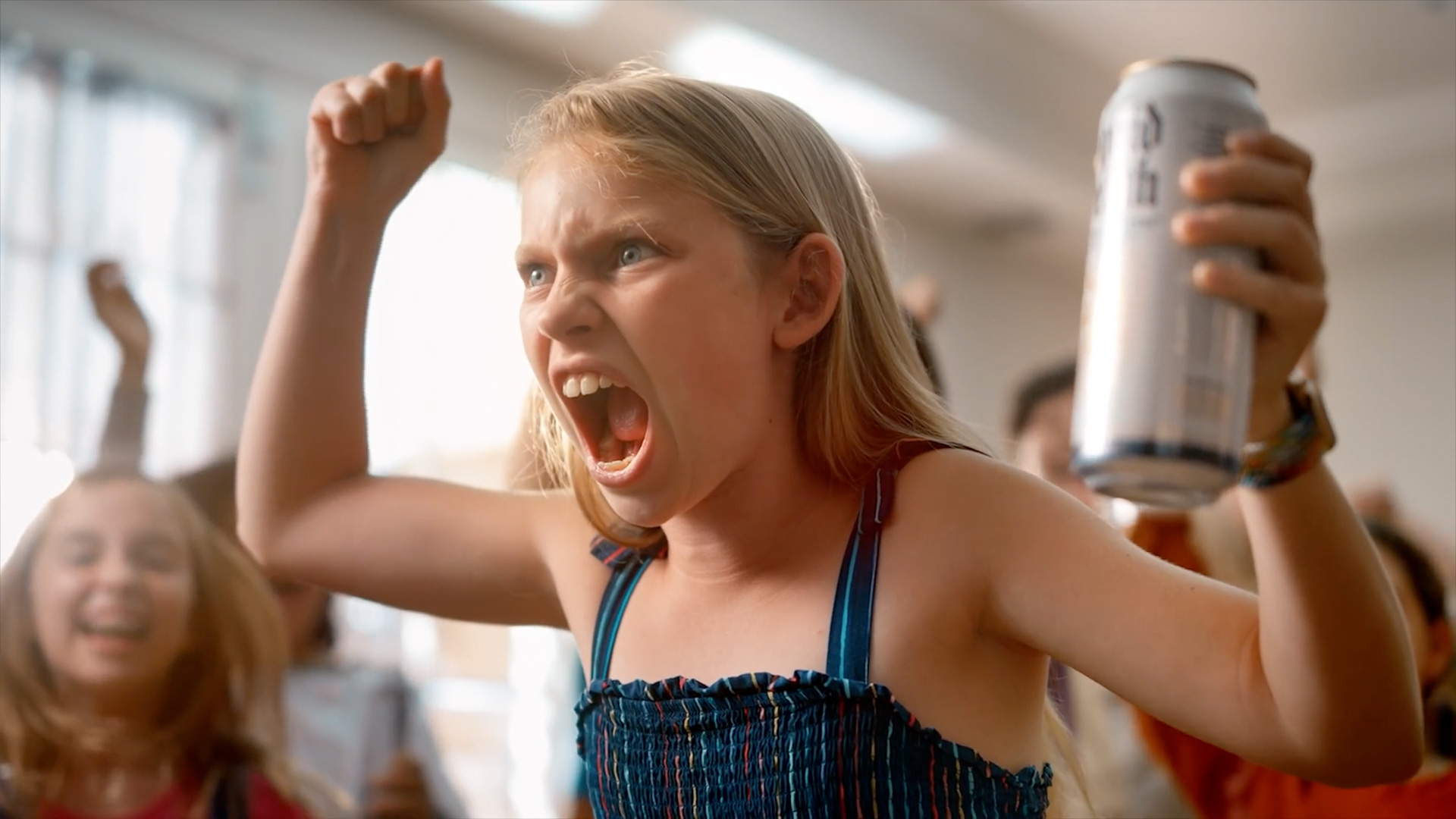 In its first prime-time commercial, Liquid Death staged a rager for 8-year-olds. The ad broke yesterday in regional Super Bowl slots, and featured tykes guzzling from 16.9-ounce cans of product.

Thankfully, Liquid Death sells mountain water. So, if a few youngsters collapsed, they probably just got tuckered out from their day of branded revelry.

... as a pregnant woman—the bash's chaperone?—slakes her thirst, too.

"People are constantly sharing stories of how their kids get concerned looks from people for drinking Liquid Death, when it's only water," Andy Pearson, VP of creative at the brand, tells Muse. "We wanted to bring that to life. It's about getting the message out to the masses: Don't be scared of Liquid Death!"

As for that final scene, "hydration is even more important when you're pregnant," Pearson says.

Reaction across the interwebs has been mostly positive. Fans appreciated the mildly subversive humor and good-natured sleight of hand, though one viewer initially mistook the :30 for an anti-drinking PSA—or so he says. (Can an Ad Council-Liquid Death collab be far behind?)

What in the actual FUCK...is this super bowl commercial? Oh, wait! It's just mountain water & sparkling water in a tall can. When I saw this moments ago, I thought it was PSA to get kids not to drink. #SuperBowlLVI #SuperBowlCommercials https://t.co/VV3AvjIvhi

Fat Mike of L.A. neo-punk outfit NOFX covers Judas Priest's 1980 metal anthem "Breaking the Law" on the soundtrack. Perhaps Rob Halford, the song's original singer, was too busy hyping insurance to participate. Liquid Death previously poured on the heavy beats with this collection of songs based on its hate mail.

In related big-game news, the brand placed a $50,000 bet on the underdog Cincinnati Bengals via Caesars Sportsbook and hired a witch to cast a victory spell. Alas, the L.A. Rams won. (Try more eye of newt next time.)