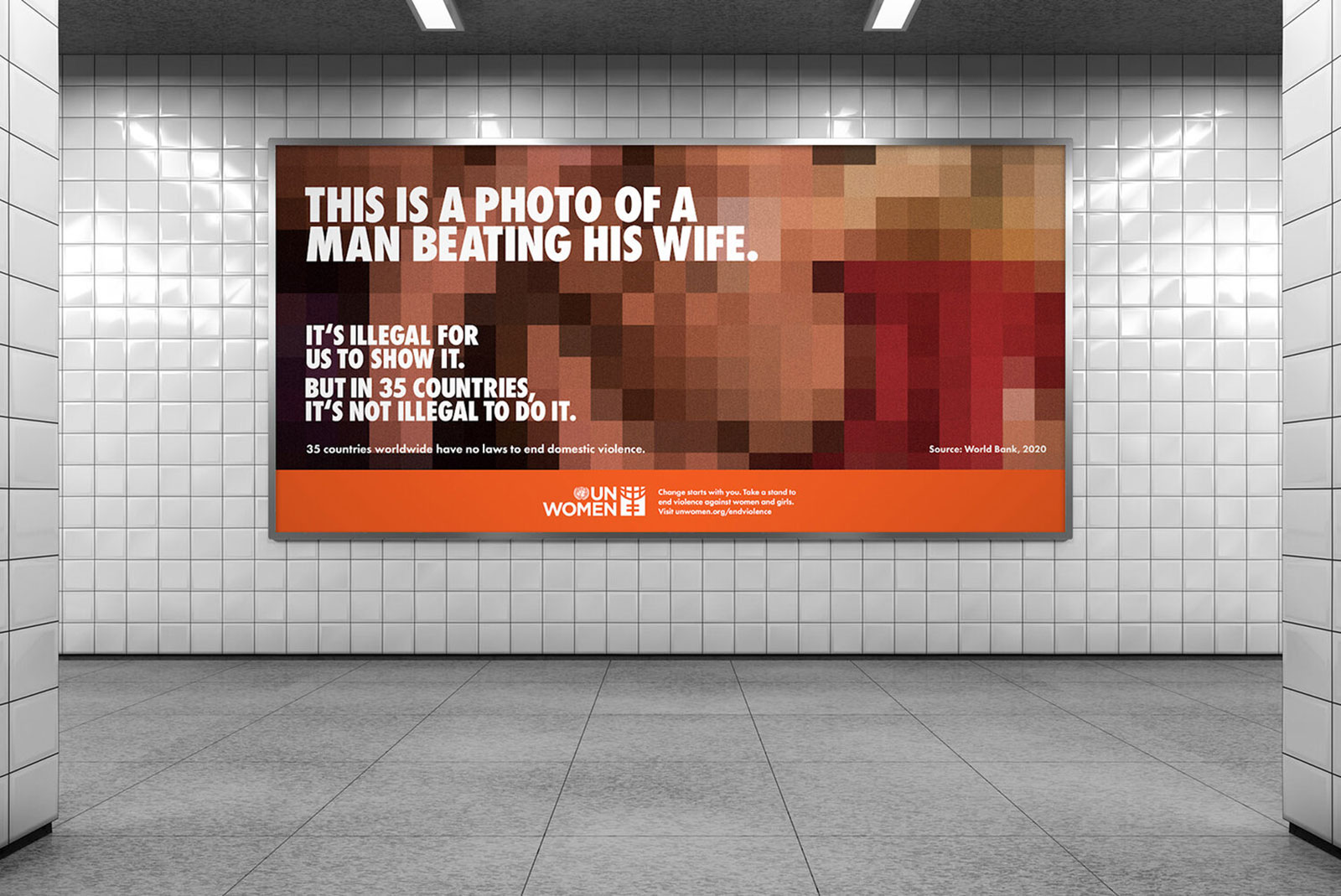 Follow-up copy adds, "It's illegal for us to show it," then describes in how many countries the act itself—the rape, the beatings, the mutilations—are legal.

Titled "The UNseen story," the campaign's goal is to call attention to the legal gaps that get in the way of ending violence against women and girls around the world. The agency reports that violence against women has risen during Covid-19, with an additional 15 million women expected to be effected by it for every three months the lockdown continues. 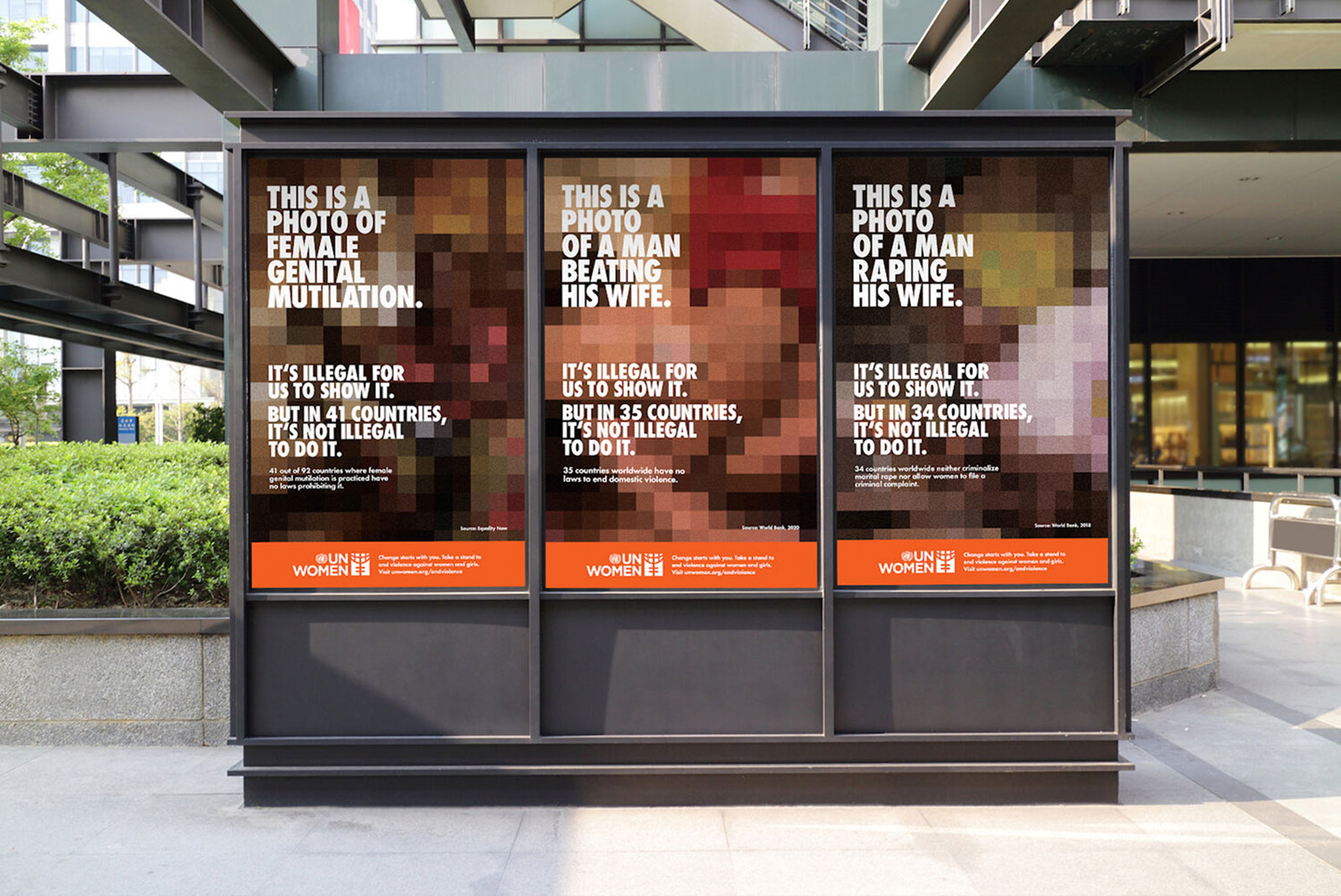 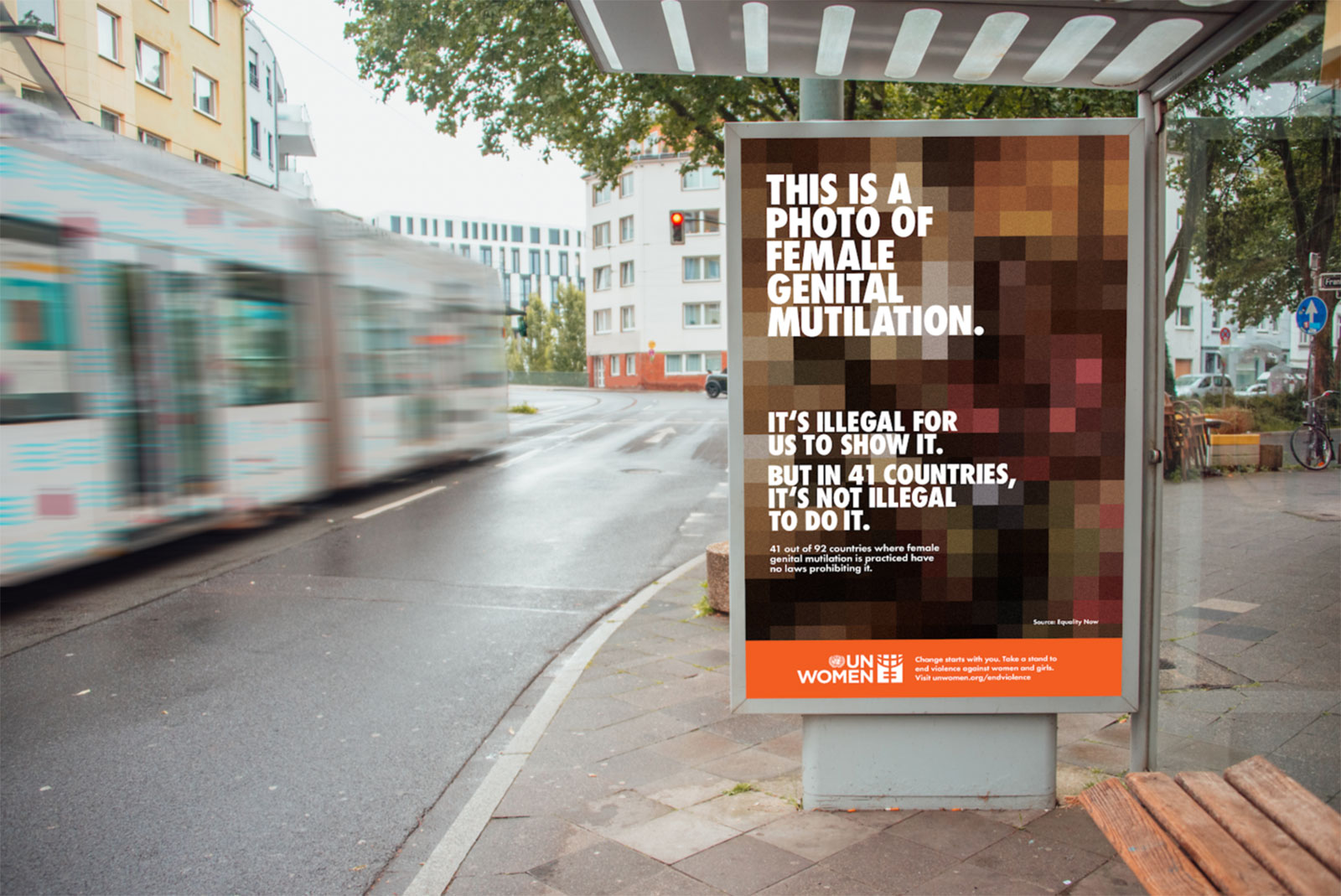 "Ending violence against women and girls needs effective laws and implementation as much as it needs strong policies, funding for essential services and for organizations responding to this crisis and culture change that challenges stereotypes and societal norms that often shame the survivors of gender-based violence," says Oisika Chakrabarti, chief of A.I., communications and advocacy at UN Women.

"We are grateful to MullenLowe New York and Mediahub for creating this provocative advertising campaign that sparks a much-needed dialogue and, we hope, a renewed sense of urgency, advocacy and actions to be a part of the solution to end violence against women and girls."

MullenLowe New York brought the idea to UN Women as a pro bono project, sparked by its own concern regarding reports about rising violence during the pandemic lockdown. Media agency partner Mediahub helped find partners willing to donate premium advertising space to the cause. The goal was to get in front of Gen Z and millennial audiences who are politically active and inclined to donate. 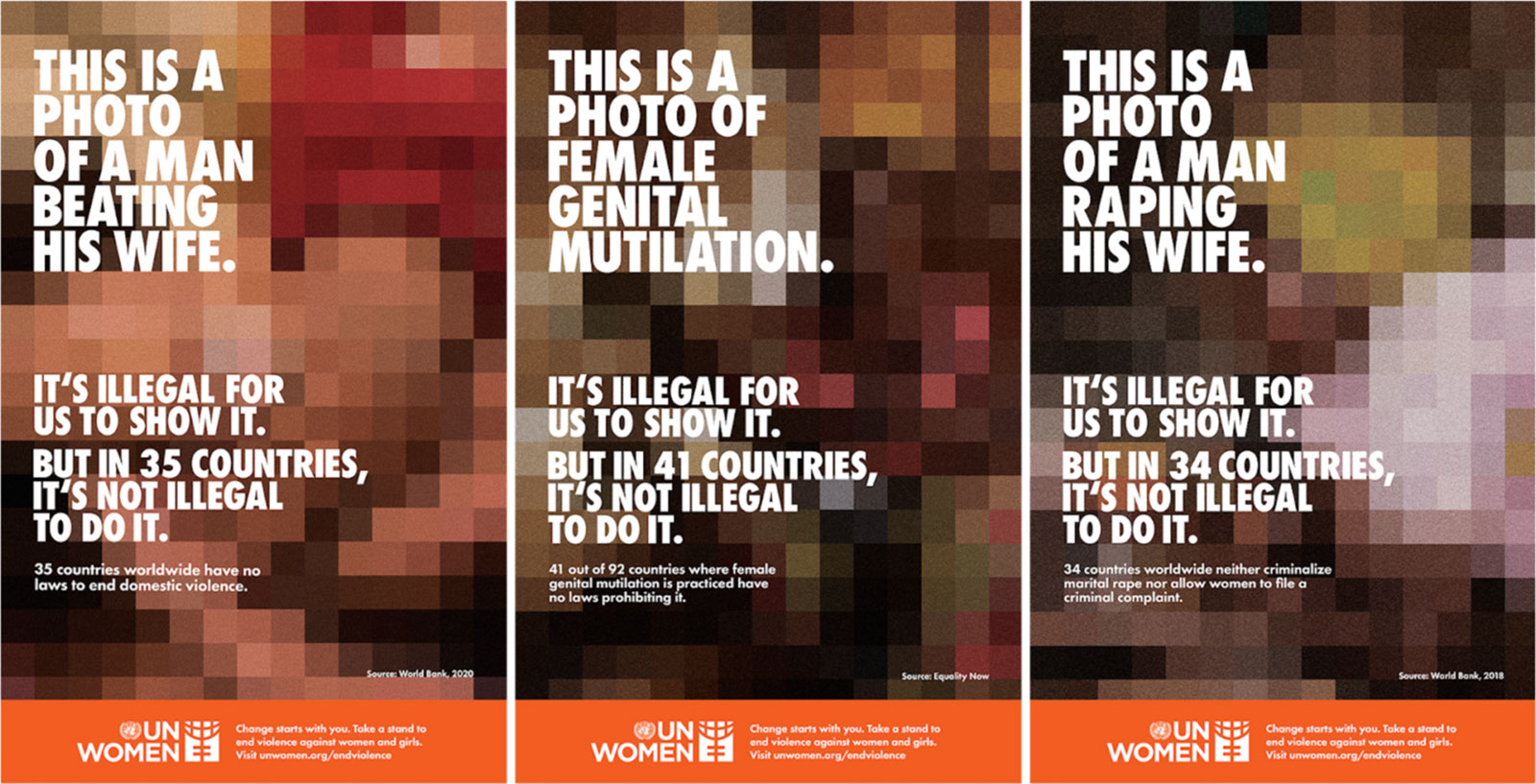 The campaign coincides with 16 Days of Activism Against Gender-Based Violence, an annual international campaign that kicked off Nov. 25, the International Day for the Elimination of Violence against Women (for which Ikea in the Czech Republic also created a stirring work). It runs until Human Rights Day on Dec. 10.

"This was a true passion project for MullenLowe New York. I was moved from the very first time I saw the work, which is such a direct and impactful way to bring focus to a taboo topic," says the agency's managing director, Rebekah Pagis. "If we are going to fight gender-based violence, we need to be able to talk about it, and this work is an important step in that journey."

The campaign will run in the U.S. and U.K. via digital displays, outdoor ads, online video, and in print.