Trojan Wants to Sex Up Your Stint in COVID-19 Isolation

DM for free lube and vibrators! 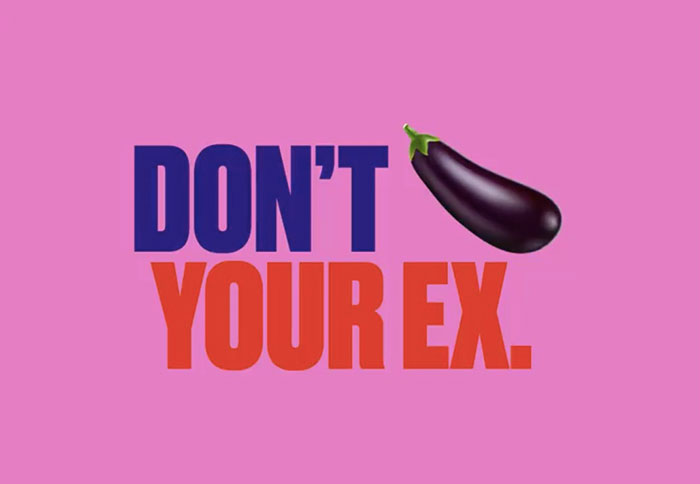 This promotion from Trojan Condoms could give you a whole new reason to wash your hands in quarantine.

Instead of sexting with your ex, DM the brand on Twitter. Include a certain vegetable emoji—not radishes, naive people!—along with the hashtag #SextUsInstead for a chance to win some titillating adult prizes.

You can learn more in this presumably SFWFH video, though if Junior peeks at the clip over your shoulder, maybe it's not so safe:

Physical distancing got ya lonely? Don’t text your ex. DM us a 🍆 emoji. We’ll send you some self-love. Sexplore at home with confidence. #SextUsInstead pic.twitter.com/49QVwxWU96

Trojan-branded lubricant and vibrators! During the long days and nights of social isolation, they just might come in handy.

Trojan will choose winners at random and dispense prizes while supplies last. Developed with 72andSunny New York, the campaign drew its inspiration, we're told, from New York City Health Department guidelines on sex and coronavirus. ("You are your safest sex partner," it proclaims—emphasis theirs.)

"We knew as the weeks in quarantine crept on across the country, temptation for physical affection, even from an ex, wouldn't be far behind," 72andSunny creative director Peter Hughes tells Muse. " 'Sext Us Instead' is a reminder to stay home. It might be difficult and tempting, but it's for the good of everyone. Trojan's there to make this time alone more enjoyable."

This marks the latest cheeky push from the client-agency team. Other notables include a Big Sexy Album featuring velvety vocals by Trojan Man (puts you in the mood—for something), and a billboard made of chewed gum (a pointed if icky statement about sex-shaming metaphors).