A star-crossed story between West and East

It's a story of East meets West. But this is no love affair, the meeting doesn't quite turn out as expected, and its ending is open to interpretation.

In "East and West Side Story," created by Finnair and Helsinki Airport, a Korean photographer is sent to Finland to photograph S.P. Novak, an enigmatic author who writes sci-fi in space.

But Novak isn't quite what anyone thinks … and aims to keep it that way.

Branded entertainment has always been a promising evolution of interruptive advertising, but only in recent years have advertisers begun to understand how to balance a strong, standalone story with relevant brand inclusion.

But at its best, it can be masterful, yielding a satisfying return for producers, storytellers, communities and brands alike. Consider "Carmilla," the web series sponsored by U by Kotex. Not only does the lesbian vampire tale raise a cult novel from the dead—Carmilla by Sheridan Le Fanu, published 26 years before Bram Stoker's Dracula—its success yielded an IP of immense value. The web series conceived a film, merchandise and a book series, not to mention two previously unknown stars recognized by a diverse global community, many of whom now see a tampon brand as an ally.

It's also possible that the so-called Golden Age of Television has helped brands get a handle on who the star of a story should really be. Recent times have seen more works with a greater focus on character development than product placement.

Koho's "Dream Thieves," over 13 minutes long, owes a debt to Black Mirror and is more about the state of our world than banking—which is related, but the brand understood people would make the connection without them having to join those dots. Meanwhile, "Corazón," created by Montefiore Health System, contains an organ donor message within its emotionally taut 48 minutes. Then there's Pepsi's warm comedy Uncle Drew, and the L.A. Master Chorale's "Lacrimosa," which addresses PTSD and homelessness and stars a military veteran. 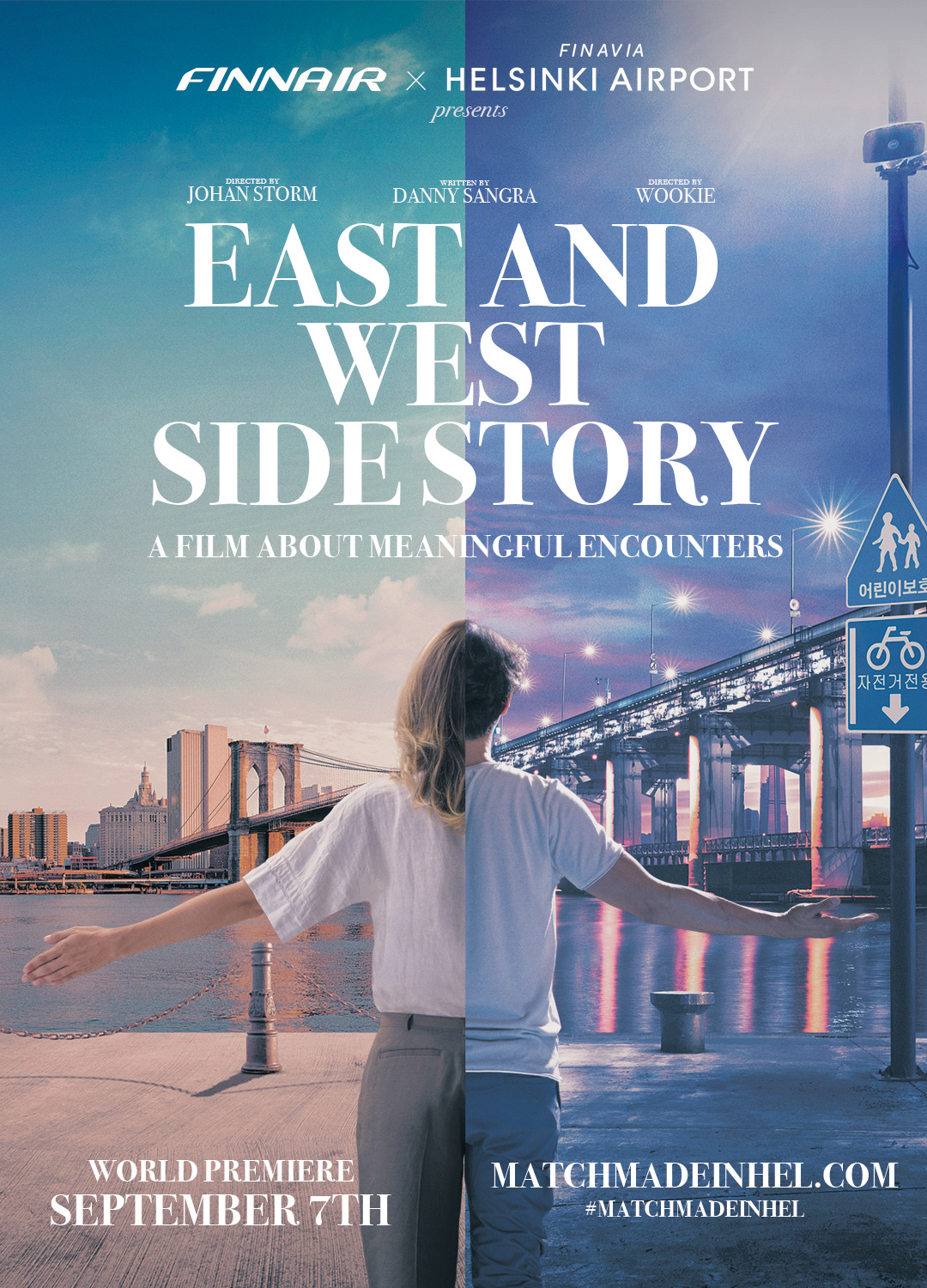 "East and West Side Story" does its contemporaries proud while paying tribute to other, often female, authors, who've either had to or preferred to keep their true identities from discovery (here's to you, Elena Ferrante). But the story about an American and a Korean meeting in Finland is also a quiet illustration of how Finnair and Helsinki Airport have connected East and West for over 35 years, via Helsinki.

Like "Dream Thieves," it clocks in at over 13 minutes, and true to its title, is the fruit of two directors: Korea's Young-wook "Wookie" Paik and Sweden's Johan Storm. It was produced by B-Reel films, with leading roles played by Anne Brgstedt and Jae Hoon. On the Helsinki Airport side, agency credit goes to TBWA; Finnair was represented by Mirum Agency.

The film premiered last Thursday night at Helsinki Airport, where an aircraft hangar was converted into a movie theatre. Finnish director-turned-Hollywood-filmmaker Renny Harlin hosted the event. 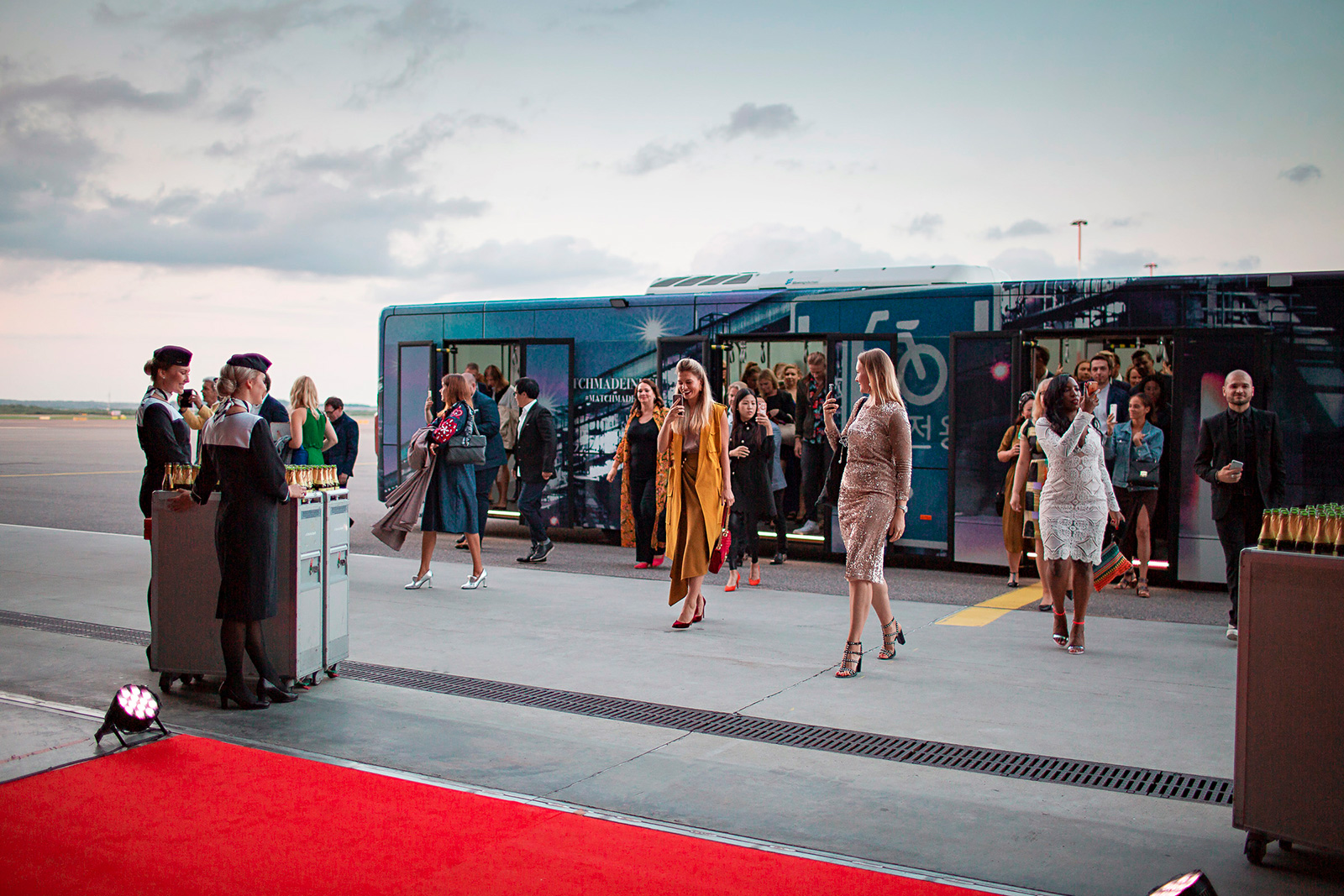 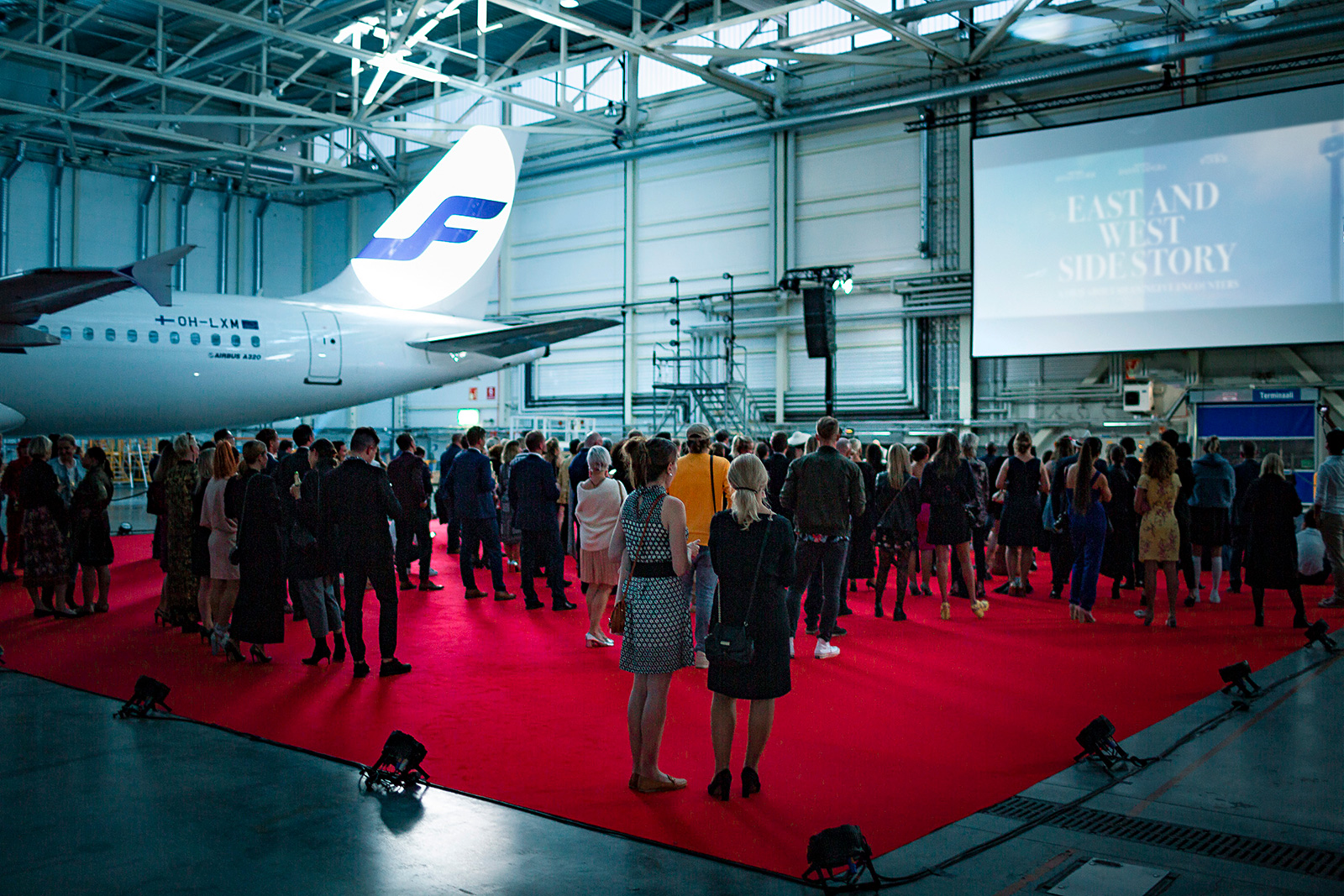