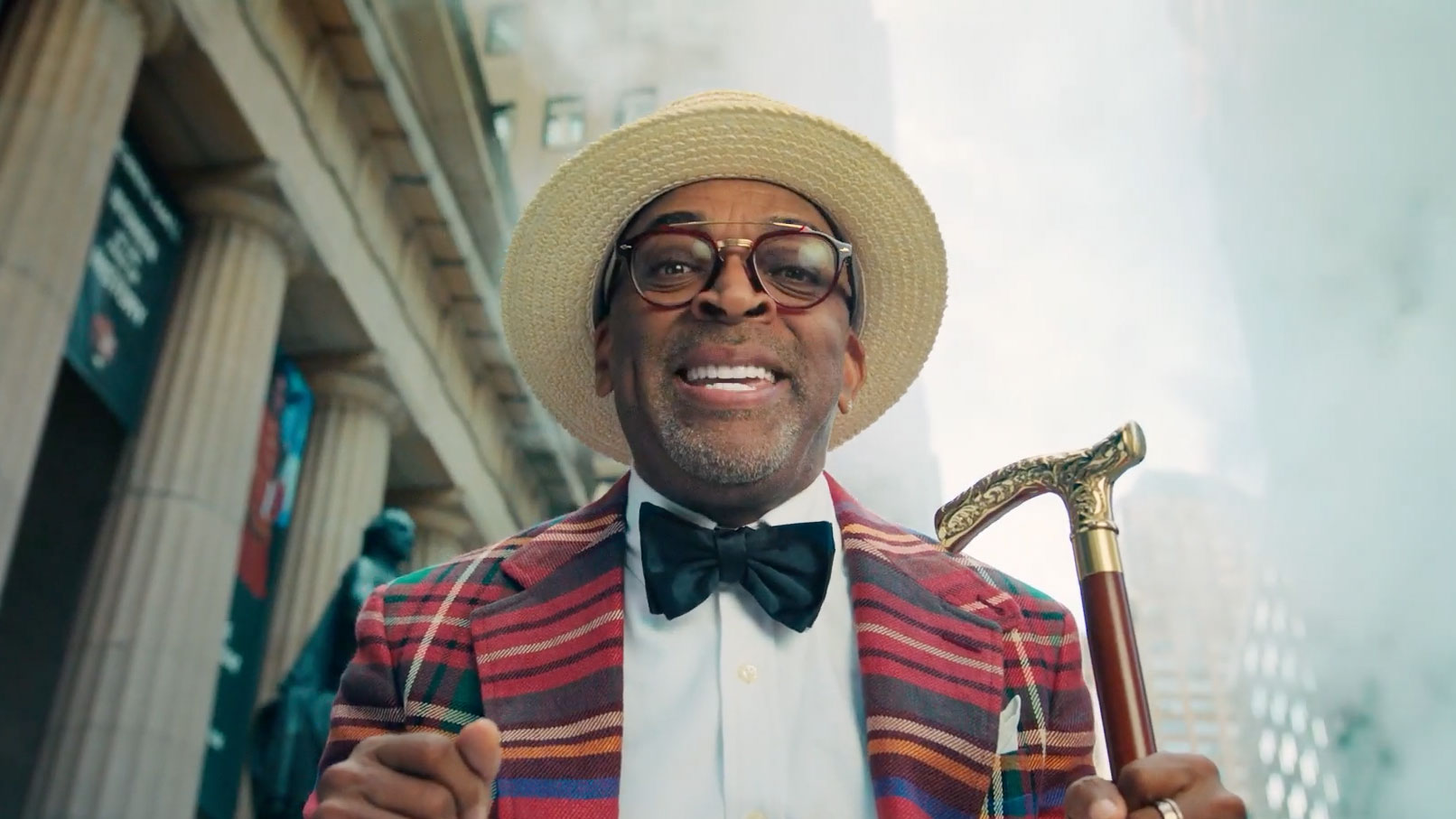 Spike Lee's in the money these days. New money, that is—digital currency.

"Old money, as rich as it looks, is flat out broke," Lee proclaims in a short film he also directed for Coin Cloud, which operates cryptocurrency kiosks nationwide.

"They call it green, but it's only white," he says, as images of U.S. bills and coins flit past. "Where's the women? The Black folks? And the people of color? Native Americans got a nickel. A nickel!? People don't even stop to pick up a nickel off the sidewalk."

The Currency of Currency - Directed by Spike Lee

"Old money's not going to pick us up. It pushes us down—exploits, systematically oppresses," Lee says from Wall Street, employing one of his trademark dolly shots as he speaks directly into the camera.

"But new money—new money is positive, inclusive, fluid, strong, culturally rich. Where status is anything but status quo," he continues.

"Do your own research," Lee concludes, as we watch people use Coin Cloud machines, exchanging old money—most pointedly, a Harriet Tubman $20 bill—for Bitcoin and other forms of crypto. "The digital rebellion is out. Old money is out. The new money is in."

Developed with Cambpell Ewald, the two-minute film streams on platforms such as YouTube, with this :30 edit running across Comedy Central and other cable channels.

"I had a vision of us creating more than a commercial and actually starting a real conversation as we are talking about a major flex in the financial market: the democratization of currency," Coin Cloud marketing chief Amondo Redmond tells Muse. "I needed someone whose collaboration would add validity to what is a growing yet still not-well-defined category. Spike is that person. He's not only been at the forefront of key cultural moments, but he has defined them."

Initially signed to direct, Lee felt so strongly about the topic that he chose to narrate and appear on camera—and his participation struck a deep chord with C-E creative lead Clarence Bradley.

"His movie School Daze changed my life," Bradley says. "I remember my dad picking me up from the theater and shouting, 'Did you know Black people make movies?' Until that moment, the idea of being creative as an occupation was foreign to me. Spike is the reason I'm in a creative industry today."

"His films have always focused on social equity themes—that's exactly what I needed," Redmond adds. "Spike brings a cinematic edge to his work while keeping a sense of simplicity."

Indeed, the commercial generates considerable heat from Lee's presence and visual elan, without ostentatious camera tricks or artsy bells and whistles. That said, the spot has detractors, with some claiming its depiction of crypto as a social equalizer doesn't quite jibe with reality.

"Our goal is for people to hear our message and go to one of our machines to use our services," Redmond says. "However, first hear the message. Do your own research. Then come try us."