Skittles Is Apologizing to 130,880 People for Ditching Lime

Making amends, on Twitch and in Times Square 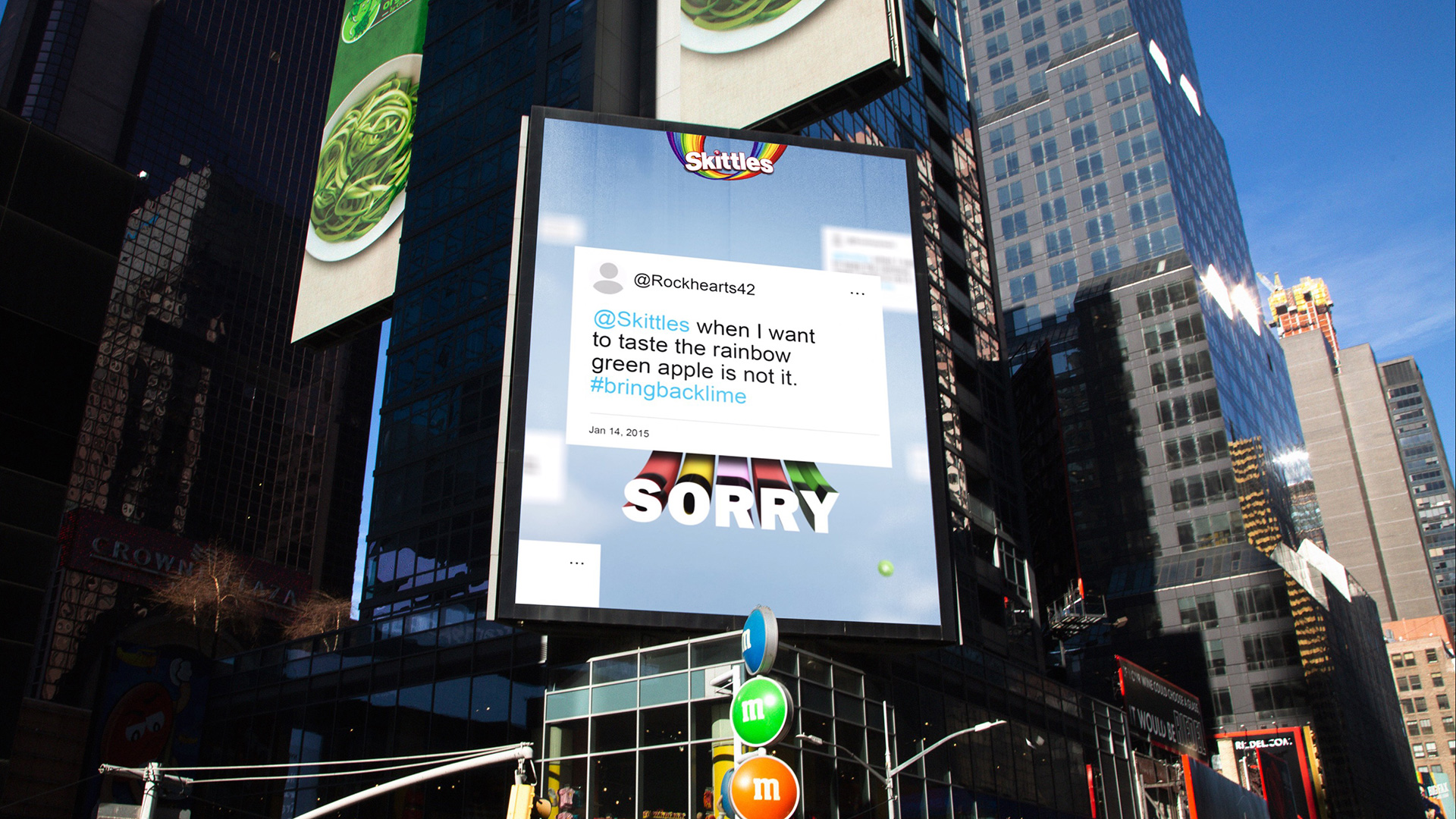 Behold, the sorriest ad campaign of 2022!

He'll appear on a Twitch livestream today at 6 p.m. ET, apologizing for the whole Lime/Apple debacle. We get a taste in these teasers:

All told, more than 130,000 folks have taken Skittle to task on social over Flavorgate. The brand vows it will apologize to them all in one media format or another.

"We looked at so many corporate apologies, and they all had a few things in common: They were pretty hollow, generic and really gave the impression they were being forced to do it," DDB executive creative director Colin Selikow tells Muse. "We took the exact opposite approach. Not only did we make ours insanely personal by literally apologizing to each of the 130,880 person who complained, we also proudly surfaced all that online anger towards Skittles since it actually showed the passion people had for Lime."

Lewis nails his role, mixing corporate angst with sweaty sincerity. Or maybe he oozes insincerity? Either way, it works.

At the casting call, "he was uncomfortable and desperately trying to be professional, which is exactly what you want from a spokesperson apologizing to the whole internet," Selikow says. "For 30 minutes, he will read choice tweets and apologize—over and over. It's a lot funnier than it sounds when you get into the strangely impassioned things people have said online. Apparently, changing the flavor of green Skittles has ruined childhoods, and it's responsible for evil winning."

The work feels in step with Skittles' surreal, trendsetting ads of yore, explored on our latest Tagline podcast.

"The beauty of Skittles is that its point of view on the world is so simple and clear and consistent, that you know right away if you have a Skittles idea or not," says DDB worldwide chief creative officer Ari Weiss. "Basically, if any other brand in the world would do it, it's not a Skittles idea. We think the world's longest corporate apology checks that box."