Fresh off his viral holiday ad for Match 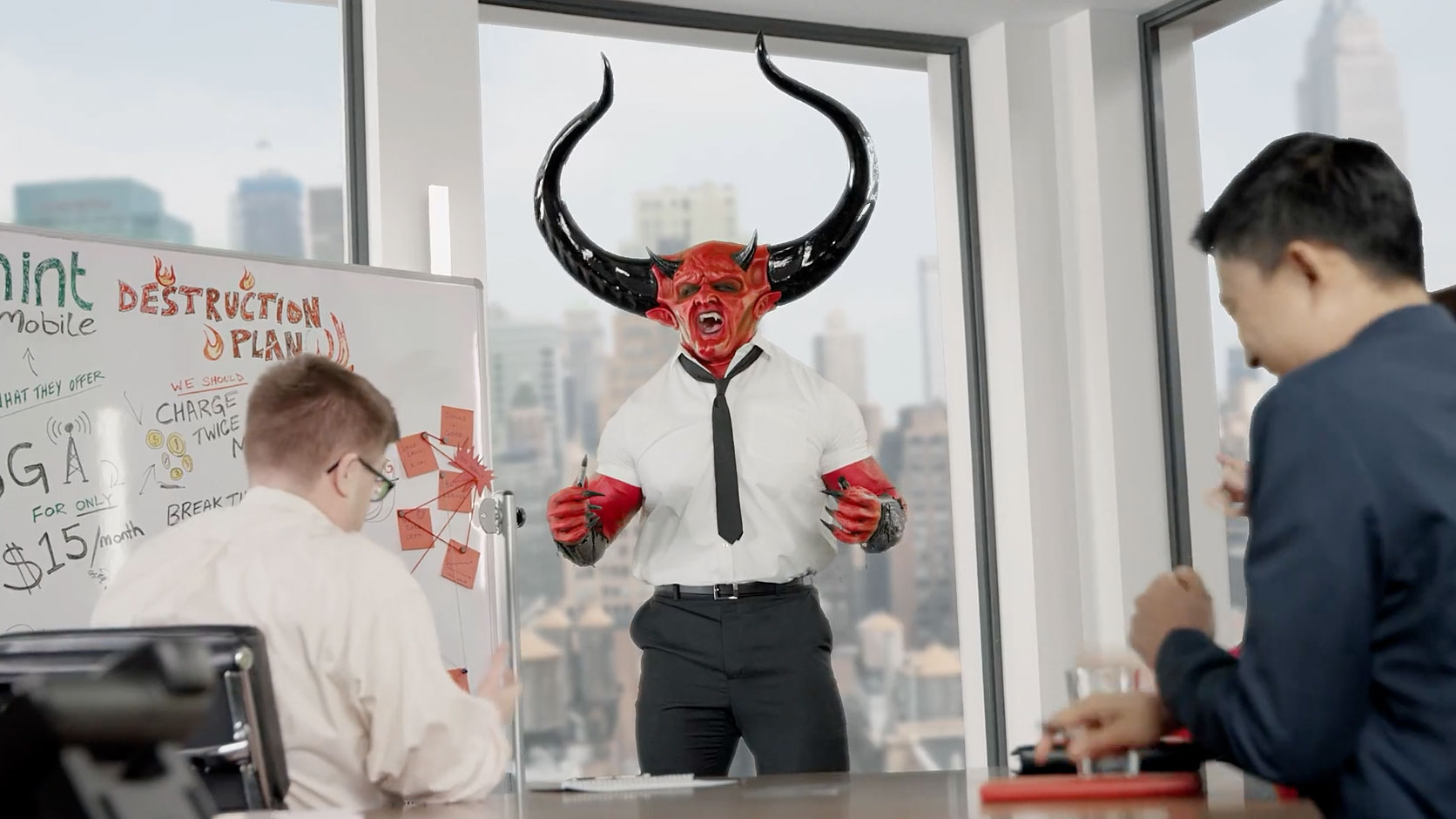 Satan amusingly found true love amid a Covid-ravaged landscape in December's megaviral Match commercial from content studio Maximum Effort. Now he's back, grinding out the 9-to-5 at Big Wireless, a decidedly evil and all-to-familiar provider of bad connections and shoddy customer service.

"Finding love on Match inspired me to look for other ways to be happy," Satan says from his cubicle. "So, I took a new job at Big Wireless. These guys torture people on a whole new level."

So, he sold his soul for a paycheck. We'll bet he's the bedeviling co-worker who keeps turning up the thermostat.

"He's been a real addition to the team. Prices are up. Hold times have doubled. And some fees are so hidden, we can't even find them," reports the vice president of Fee Hiking.

At one point, Lucifer stinks up a men's room stall. Go easy on the brimstone, dude!

"Guy could get a job anywhere he wants. DMV. IRS. Congress. We were really very lucky to get him here," gushes the head of customer frustration.

As for the company's primary rival, which charges $15 a month, Satan suggests, "Let's raise our prices and use that money for an ad campaign attacking Mint! It's a win-win. For us. I mean, we win twice!"

The red-hot sketch should raise Mint's temperature in the marketplace, enhancing Reynold's reputation as a savvy master of all that's Mephistophelian and meta.