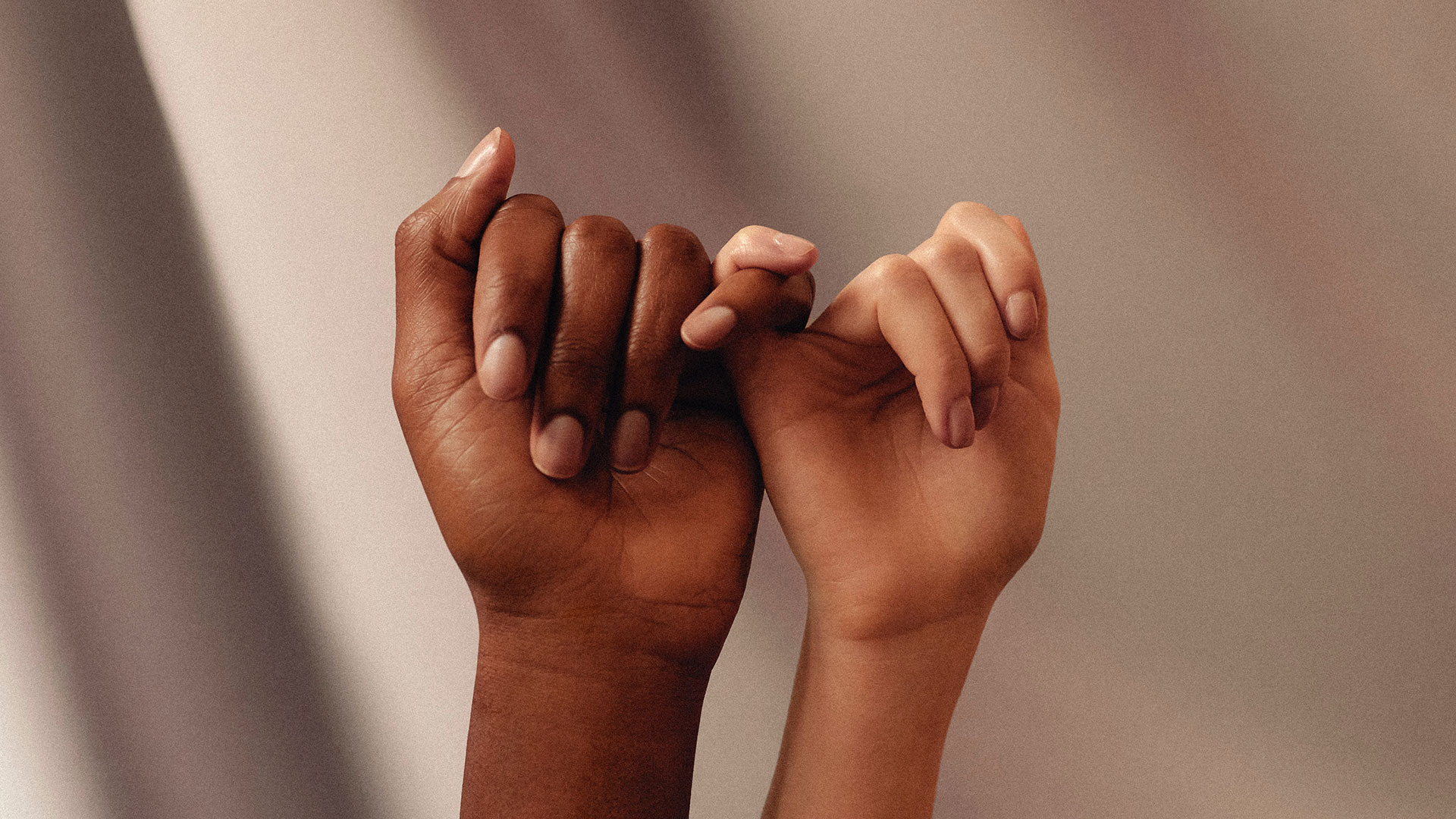 Sandy Hook Promise has famously made compelling PSA films to raise awareness of the warning signs of gun violence. But for the 10th anniversary remembrance of the Dec. 14, 2012, mass shooting at a Connecticut elementary school, the nonprofit is launching a social campaign—calling for people to make a "pinky promise" to continue the fight against gun violence.

Throughout December, SHP is asking people to post a picture of their pinkies interlocked with the hashtag #SandyHookPromise and copy reflecting their promise to protect children from gun violence. (For Stories, Reels, and TikToks, an animated GIF can be added by tapping on the Stickers icon and searching the keywords "sandy hook promise.")

BBDO New York, the group's longtime creative agency partner, says the concept—beyond leaning into "promise" part of SHP's name—reflects the need for people to work together to address the problem. 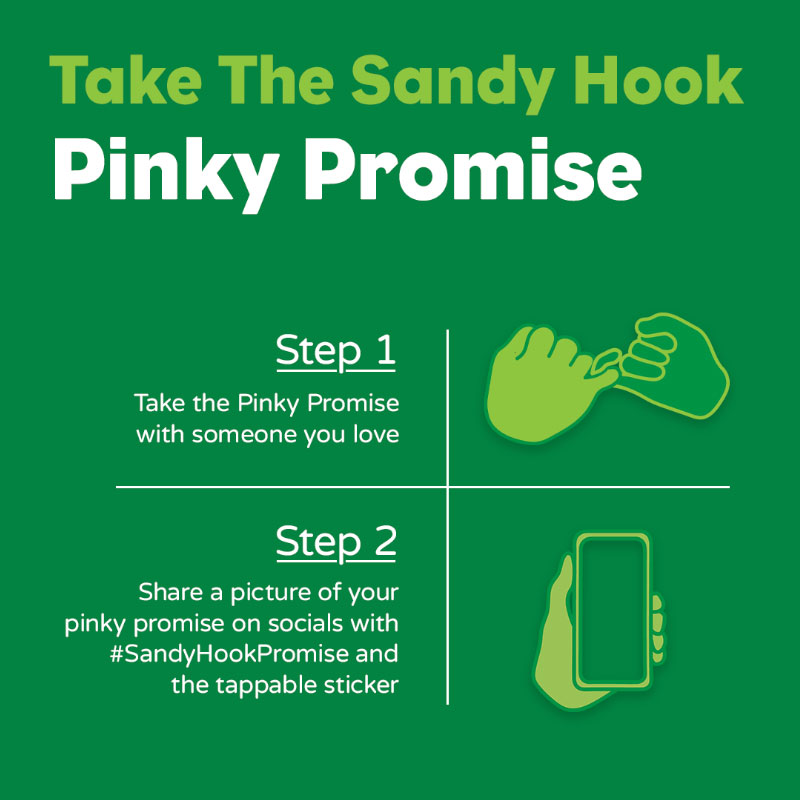 "The tragedy at Sandy Hook is one of those devastating moments in American history where people remember where they were when it happened and the emotions that they felt," the agency team tells Muse. "We wanted to remind people of that moment, but in a way that assures them that they are not alone in their resolve, and are a part of a larger movement to end gun violence. Ten years after Sandy Hook, there is still so much work to be done. We hope The Pinky Promise inspires people to take action and get others involved because the only way to make a change is to do it together."

"For the past 10 years, I have made a daily promise to my beautiful butterfly Dylan that I will do all that I can to protect youth from gun violence. I am honored to have others join me in making that same promise," says Nicole Hockley, co-founder and CEO of Sandy Hook Promise and the mother of Dylan, who was killed in the shooting. "I am hopeful that as we see adults and youth commit to making the 'pinky promise,' more lives can be saved as we look out for one another and get help when we see someone may be in crisis."

The launch follows a star-studded benefit earlier this week, where the speakers included Barack Obama and Matthew McConaughey.

"Perhaps the most bitter disappointment of my time in office, the closest I came to being cynical, was the utter failure of Congress to respond in the immediate aftermath of the Sandy Hook shootings," Obama said. "To see almost the entire GOP, but also a decent number of Democrats, equivocate and hem and haw and filibuster, and ultimately bend yet again to pressure from the gun lobby."

He added: "I would not have blamed the Sandy Hook families for giving up after that. I wouldn't blame them for falling into cynicism and disgust and despair. But [SHP co-founders] Mark [Barden] and Nicole [Hockley] told me then that they would not give up—that ending gun violence would be their life's work."

Bob Iger, the recently reinstalled CEO of Disney, also spoke at the event and was honored with SHP's Promise Champion award.

BBDO says the Pinky Promise is a concrete action people can take—to hopefully start a viral trend to spread awareness and bring more people together around the issue of gun violence.

"To start, we are working to create a groundswell of support from our existing supporters to make an impact on parents, educators and students nationwide," the agency says. "We hope that through their examples more and more people will participate by posting The Pinky Promise with the loved ones in their lives, thus inspiring others to do the same. If The Pinky Promise can encourage even one person to join our Sandy Hook Promise community and begin working toward ending gun violence, we would consider our efforts successful. Granted, we're confident that number will wildly exceed our expectations."

Below, listen to an episode of our Tagline podcast, where we speak with Nicole Hockley, director Henry-Alex Rubin and the BBDO team about the making of Sandy Hook's most famous PSA campaigns.