Tremble before him, telecom oligopoly! 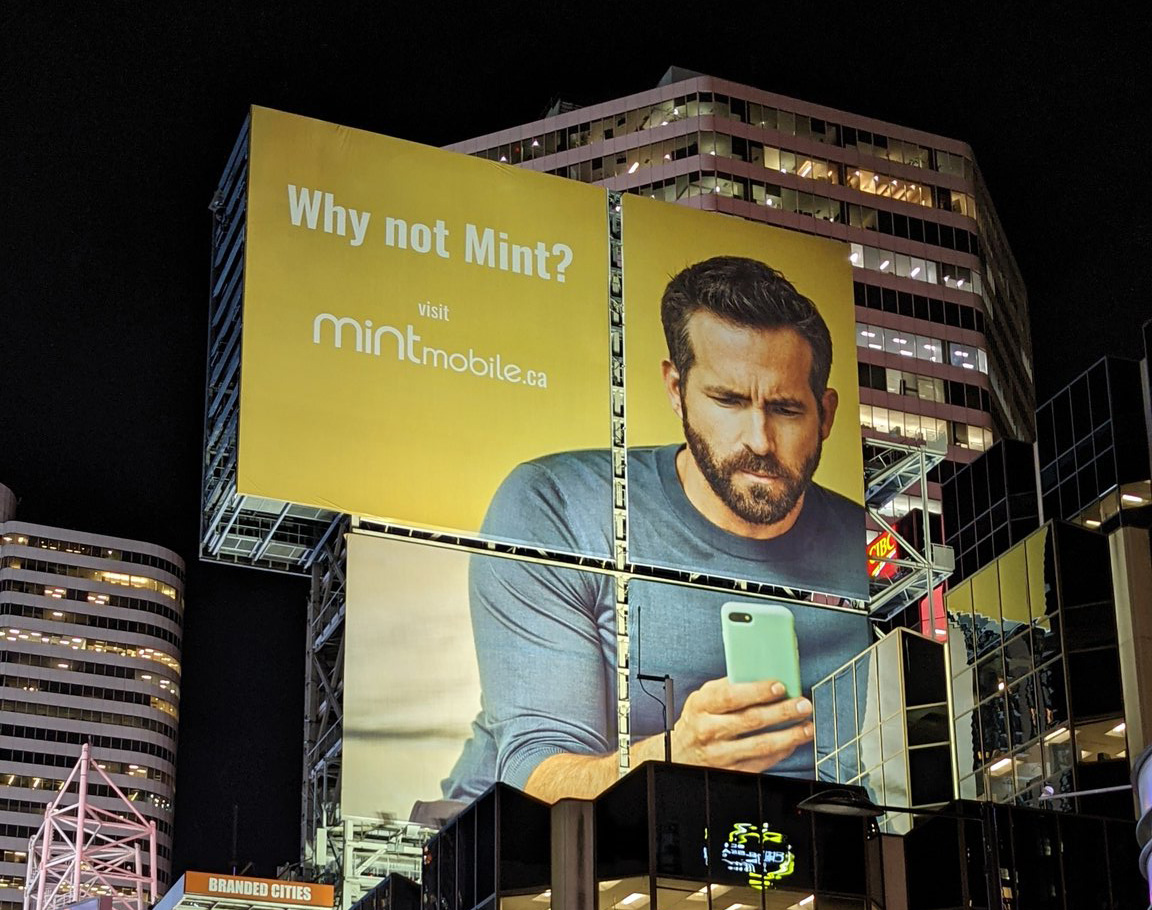 Size matters to Ryan Reynolds. And Mint Mobile's owner is going big—really big!—on behalf of his wireless brand this week.

Behold, as the Deadpool actor and devilishly clever marketing maven rises many hundreds of feet above downtown Toronto on a huge-ass billboard located at the AOB North Tower in Yonge-Dundas Square:

Kudos (or is it koodos?) to @VancityReynolds for joining the fight against Canada's Big Telecom oligopoly. Mr. Deadpool runs @Mintmobile an MVNO that leases carrier networks in the US but can't get the time of day from our cartel. As he says, contact your MP and say no more! pic.twitter.com/tZDx3hYYCx

It's part of a campaign urging Reynolds' fellow Canadians—who pay among the highest mobile rates on the planet—to contact their elected officials and demand Mint's low-cost service in the Great White North, where the company is currently barred from doing business.

The billboard points to mintmobile.ca, where a video features a gloriously glib Reynolds addressing Canadians directly. Government phone numbers flash on screen as he declares, "I'm not saying call your representatives—but I'm not not saying that ... Call them."

Maximum Effort, the marketing firm Reynold recently sold to MNTN, developed the initiative. Reddit threads and other social chatter praising Mint and grousing about the high cost of wireless service in Canada provided impetus and inspiration.

It's a potent ploy that's generating beaucoup buzz on both sides of the border. In fact, Reynolds is all over the news this week. Along with his Minty efforts, dude appears in McDonald's McRib tie-in ads for his Aviation Gin brand:

What's more, in a surprise revelation, Reynolds says he's taking a break from making movies, "to create a little bit more space for my family and [spend] time with them."