W+K sizes up the situation 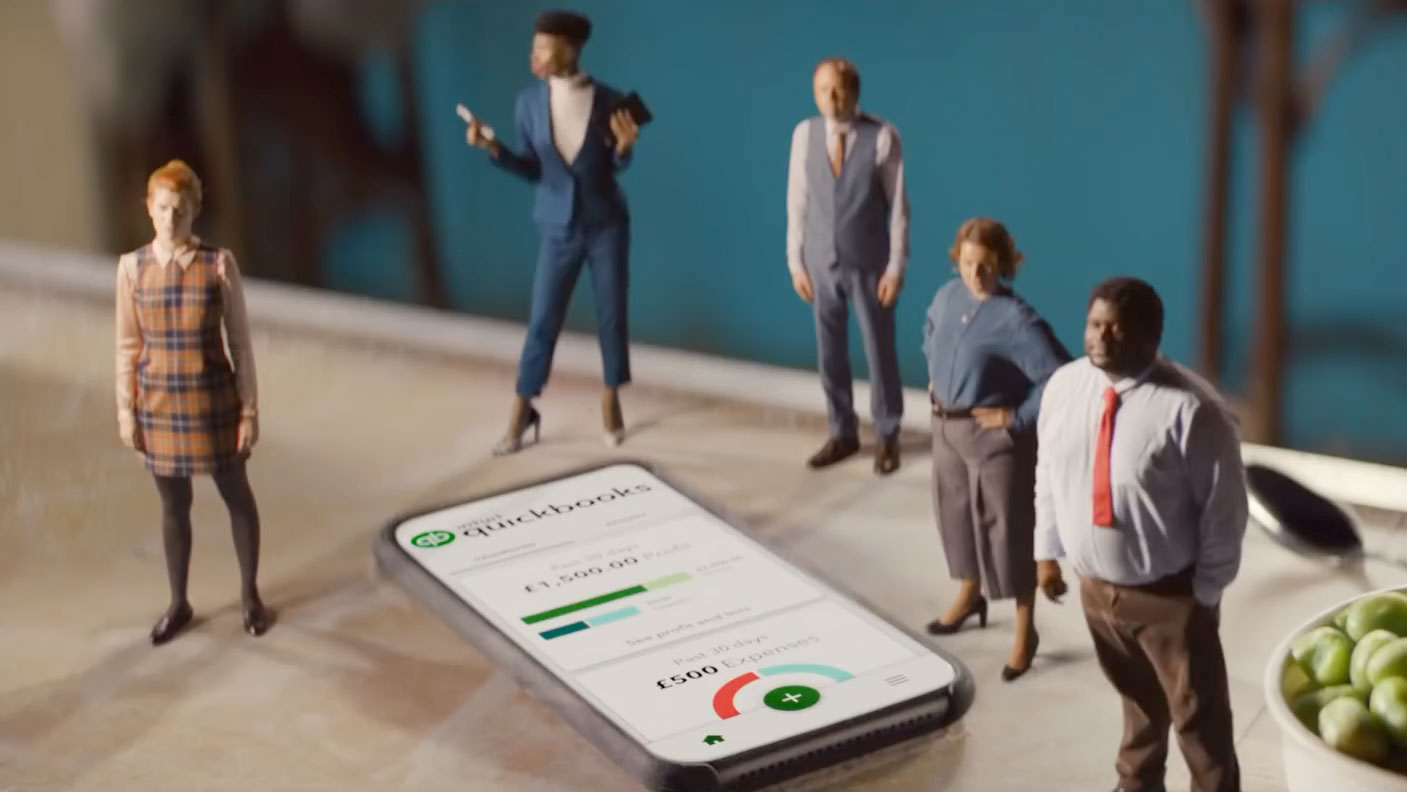 Honey, I shrunk the financial advisors!

Intuit QuickBooks micro-focuses on entrepreneurs, small businesses and the self-employed in a U.K. campaign that introduces a can-do team of specialists the size of action figures.

These diminutive dervishes debut in the spot below, patrolling the counter of a fish-and-chips shop to tout QuickBooks software that helps manage cash flow, payroll, invoicing and more:

QuickBooks. We mean business for your business.

Whoa, they're a mite intense. Such micromanagers. And you'll note that the work reimagines BTO's '70s classic-rock staple "Taking Care of Business" as a capitalist metal anthem. That bass line's huge!

Developed by Wieden + Kennedy London, Blink director Nick Ball and effects house Time Based Arts, the campaign will roll out fresh spots all year long, with the next installment dropping mid-month and focusing on taxes.

In the current environment, with companies and gig workers struggling amid pandemic pressures, QuickBooks strove to present its range of services in a fun, memorable way, according to W+K. If nothing else, the shouty, sanguine specialists offer something a little different.

"Our goal was to position QuickBooks as the ace in the hole for small business owners across the nation, not just as an accountancy app," explains W+K creative Florence Poppy Deary. "And so the idea was born: a cut-throat, hard-nosed, no-nonsense, straight-to-the-point, suit-wearing corporate gang, who live, breathe and eat business, answering only to the business owners they serve."

Miniaturizing the team makes them "much less physically invasive" and entertaining for commercial scenarios, adds Francesca Van Haverbeke, also a creative at W+K.

Of late, several marketers have delivered big ideas in small packages. Examples include dinky dioramas from Adidas and Behr, Boston Pizza's preciously petite patio set, and Hornbach's tall tale about the trials of a shrunken man.