Take it from nursery mobiles and pool floats 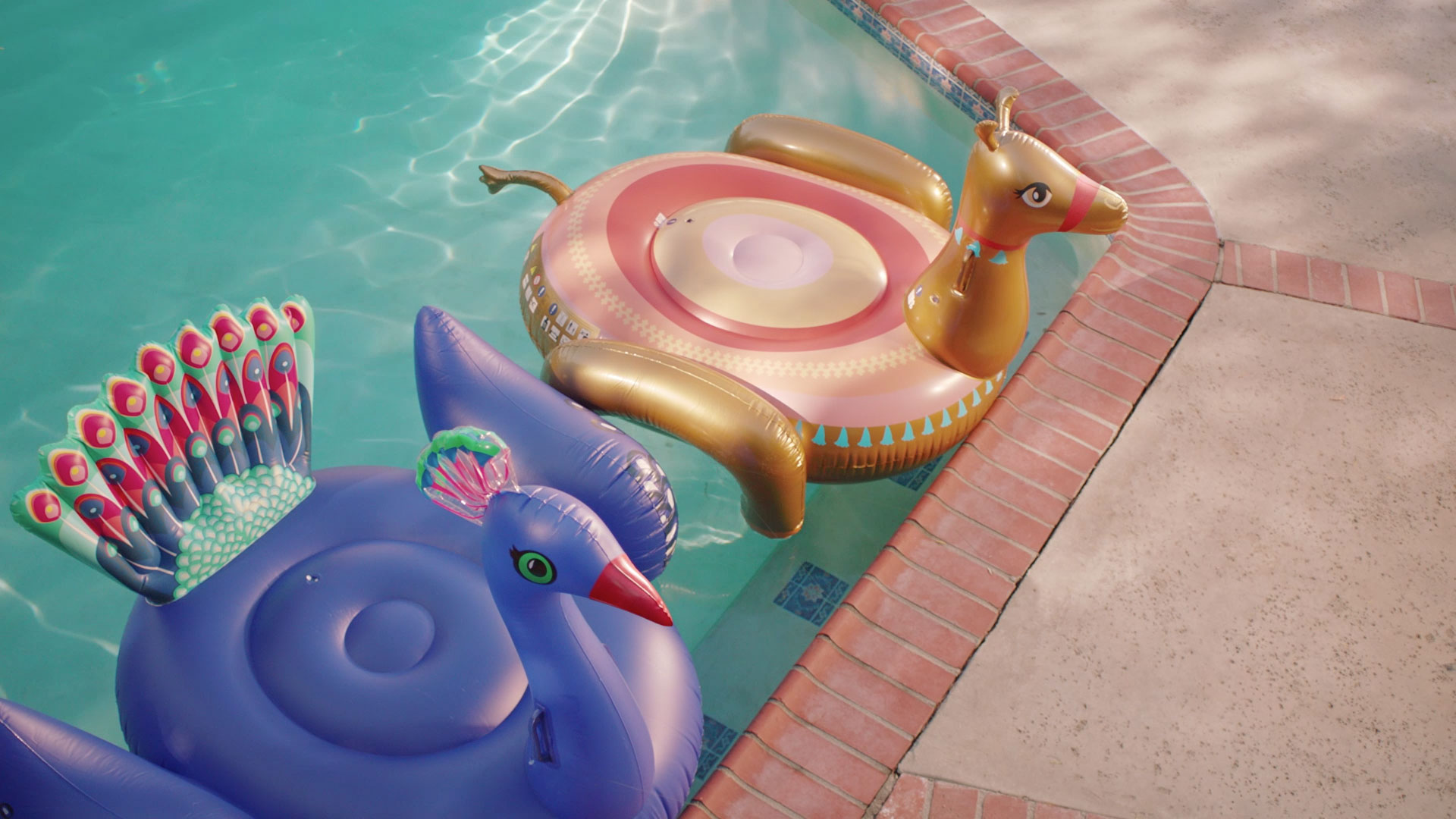 Crocheted lambs and a crescent moon on an infant's nursery mobile and colorful pool floats talk up Orkin in a pair of quietly fanciful spots, with nary a household pest in sight.

"Every corner, crack and crevice," raves Mr. Moon, as one of the company's tech inspects the baby's room.

"So dedicated to her craft," enthuses a wooly lamb, quickly adding: "I'm a craft."

"So professional," one float says.

"He's better than daytime TV," another replies. (The pool's near a window, so presumably they watch Kelly Clarkson.)

"We cast a wide net to include everyone in the space where these technicians operate and, in the process, found some interesting characters who would go on to offer their own unique take," says Chad Berry, creative director and writer at The Richards Group, which helped developed the spots. "After all, they had spent hours watching Orkin techs do their job—what did they think?"

"This campaign is purposely made up of quiet, contemplative moments—no music or big sound effects," he adds. "Just insightful dialogue coming from the expertly animated mouths of our characters. We chose intimate, charming and insightful over category conventions: brash, loud, bug-filled and expected."

Indeed, giant termites doing stand-up comedy and the like have been ... exterminated.

Given the unusual approach, "Nursery" and "Float" could have easily bombed, sans bugs, but Dummy Films director Harold Einstein, a master off-kilter comedy, really delivers. The odd characters draw us in, as Orkin promises, subtly, to protect our homes and loved ones. All pest-control commercials make the same vow, but these ads find a fresh, engaging way to convey the message.

Another plus: The mobile decorations and pool floats aren't over-the-top animatronics (like that open-mic termite of yore), but genuine items that just happen to express opinions on Orkin's professionalism and attention to detail.

The team strove for "a good dose of realism to the characters," Berry recalls. When they speak, "it's not the typical big flapping cartoon jaws," he notes, "but a series of almost elementary movements that were super-refined. It's less that they can talk and more about what they're saying."