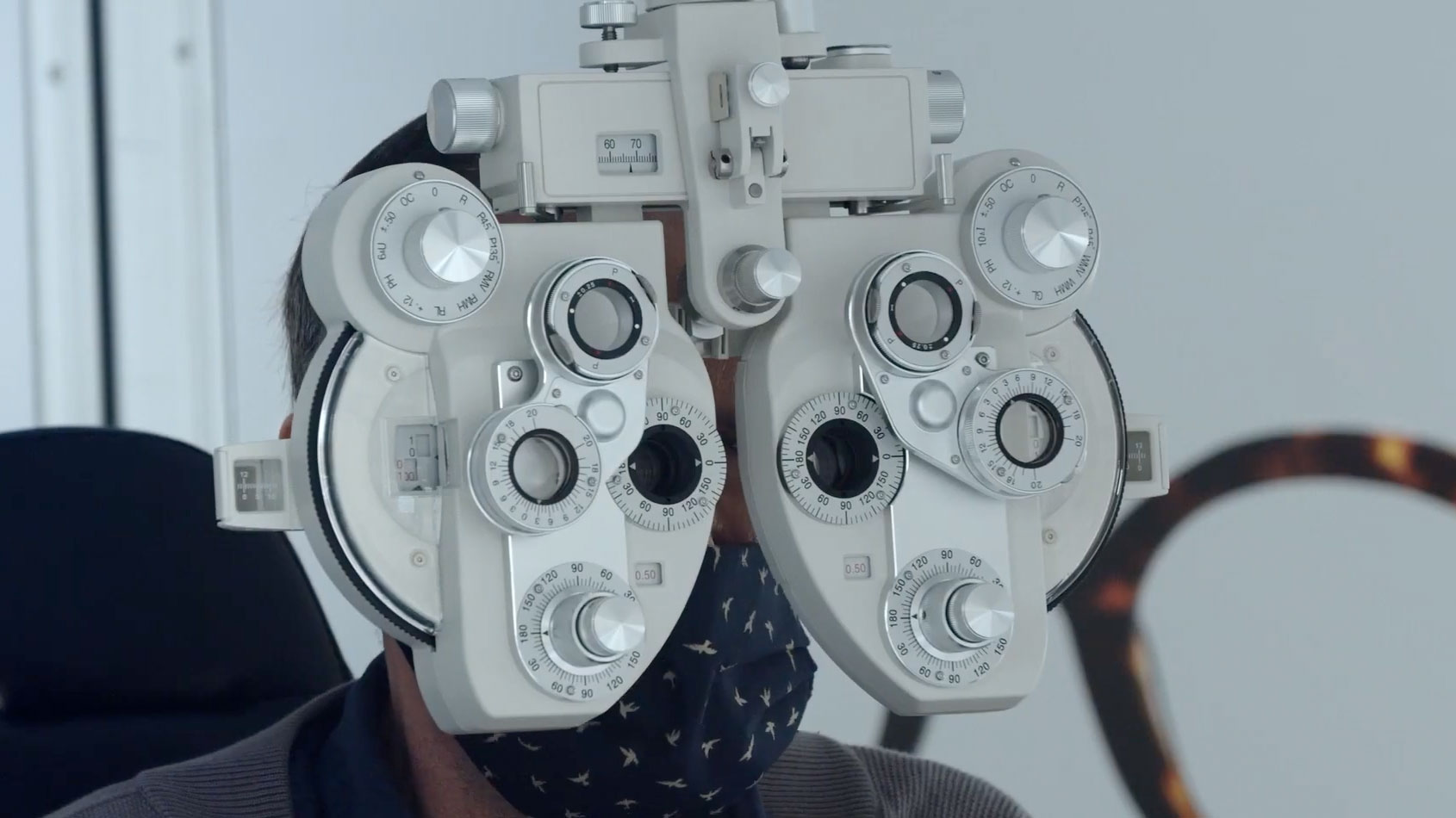 There's this social security program here in France, called 100% Optic Health, that guarantees that people who need glasses can easily find a pair that is 100 percent reimbursable by the state. To achieve this, all opticians must adhere to certain standards: at least 17 adult eyeglass frames, in two different colors, must be available (10 models and two different colors for kids), with the inclusion of certain basic lens variations—thinner ones, or anti-reflective or anti-scratch options.

The result is that most opticians promote free eyeglasses in advertising, but showcase products that aren't part of the offer. (It's all in the fine print! ... a mean trick to play on people who need glasses.)

Thus, French people pay 600€ on average every time they get a new pair of specs, and, per the French Health Department, 17 percent of the population avoid getting new glasses at all because they cost too much.

Alongside Droit de Regard, BETC turned these crap practices against competitors. For about a month last October, the brand and agency mounted a vision testing truck in various parts of Paris. The trucks were always parked across from competitive outdoor ads, so people could test their vision on the ads themselves—first by reading the big print … then the super tiny addendum.

The work was designed to remind people of Droit de Regard's comparative transparency; the advertised price is the one you get.

There is nothing especially magical about this work. It is uncomplicated, straightforward and tidy. Sometimes you don't need anything bigger than that to raise local awareness about a general problem whose source people can't quite put a finger on, and knowing how much ointment to apply to a wound is an art in and of itself. That the same people who gave us Canal+'s "The Bear," and Evian babies, can produce something like this, is a perfectly fine signal. It shows range in an agency mostly known for big-budget productions.

Plus, it encourages healthy skepticism of big, bold claims, and more of that in the corroded-truth era can hardly be a bad thing.

"In our industry, we're often constrained by the necessity of writing, in small print, things that directly contradict the bold print," says BETC's executive creative director, Stéphane Xiberras. "This schizophrenic attitude is especially visible—pardon the pun—in the optometry market. We leapt at the opportunity to work with this new player in the sector, who, with its values, sees things a little differently."